Umbria: Parrano, an ancient village of history and traditions, surrounded by nature

Parrano is a thousand-year-old medieval village: it's surrounded by unspoilt nature, in the province of Terni, on a hill overlooking the valley of the river Chiani. This small hamlet, rich in history, traditions, high-quality food and wine products, is the ideal destination for those who want a journey of art, history, nature and good food.

We are in the Umbrian hills where nature is flourishing: chestnut trees, beech trees, lime trees and a rich fauna with deer, wild boar, squirrels, hedgehogs and many birds, including the upupa, the symbol of the village. This beautiful landscape of forests and olive groves, ideal for photography, trekking and birdwatching, is also characterised by the presence of a stream called Bagno, which flows through the many karst caves located in this area. The stream has always been known for its thermal water springs and their therapeutic properties, known since ancient times. In fact, at the foot of the village, there is an oasis in the green to relax and recover energies: the thermal park "Bagno del Diavolo".

Parrano can be easily reached as is only 10 km away from the Fabro exit on the A1 Rome-Florence motorway. Thanks to its location, it is a perfect place to visit the points of interest of the region.

The history of the territory and the village 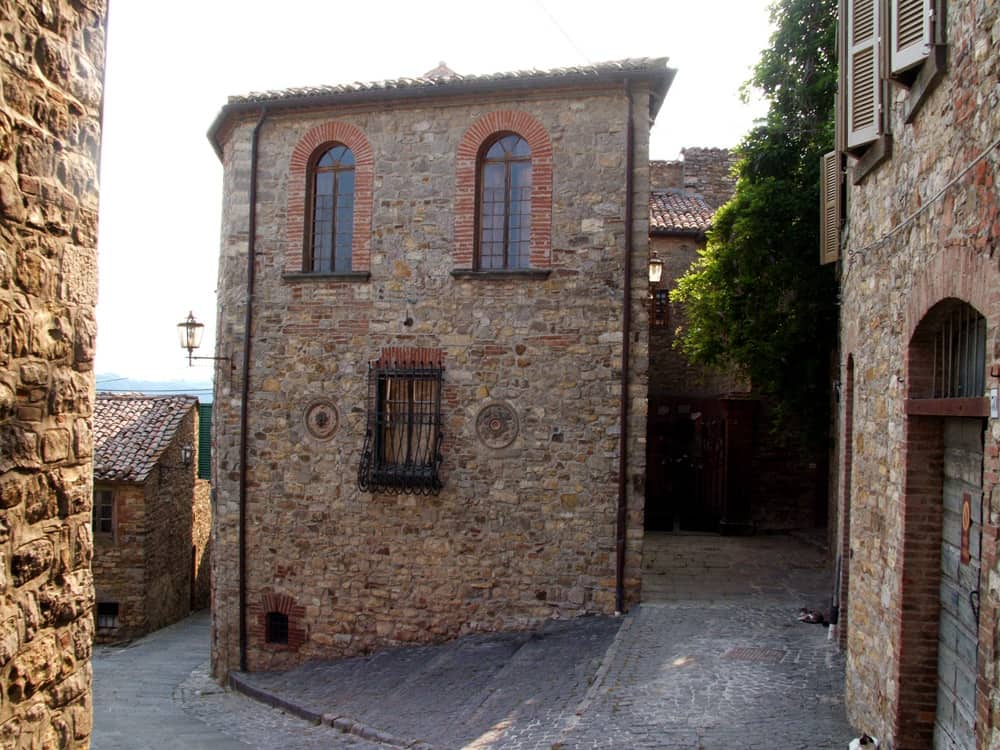 The presence of humans in this area dates back to the Upper Palaeolithic. The hill on which the village is located is characterised by the presence of karst cavities, the Devil's dens, where the Green Venus, a votive statuette made of green steatite, was found. The Venus, contemporary with the more famous Venus of Willendorf, dates back to 20,000 years before Christ and is now kept in the National Archaeological Museum in Perugia, together with other remains from prehistoric times, such as furnishings, stone weapons, human and domestic animal bones.

The discovery of artefacts (especially tombs) from Etruscan and Roman times also testifies to the presence of these ancient civilisations in the area. The name Parrano itself has a Roman origin and the structure of the village is also reminiscent of a Roman camp.

Thanks to its privileged position, Parrano was an unassailable fortress and therefore imposed itself on the villages and castles in the area. It was administered by powerful families of the region and later, in 1773, Pope Clement XII decided that the village should become a Principality with a strong autonomy, even though it was part of the Church state. In the 20th century, however, the village has been hit by the phenomenon of depopulation and today it has just over 500 inhabitants who work hard every day to keep Parrano alive, preserving its authentic atmosphere and traditions.

The historical centre and the Castle 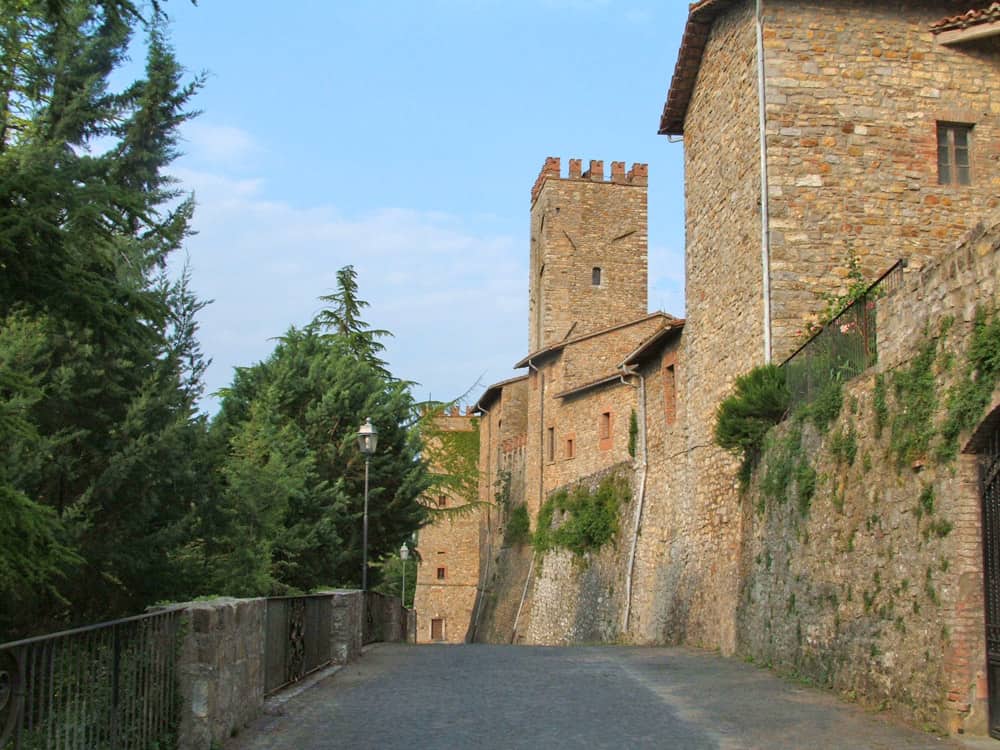 The historic centre, with its walls, alleyways, towers, palaces and flowered balconies, lies between the two gates to the village: Porta Ripa and Porta di Piazza. The village is small but there are places of interest and walking through the narrow alleys, stone walls and arches, you will rediscover the medieval atmosphere of the old village.

The Castle, built on ancient Roman ruins, is right next to Porta di Piazza. It has a five-storey structure, two square towers and was the historic residence of the Parranesi princes and also of the Pope, who stopped here during his travels. It has been renovated several times over the years and still retains its original furnishings. Sumptuous lounges with splendid chandeliers, paintings, precious objects and elegant rooms with traditional four-poster beds, will take you back to the "golden age" of the Parranese principality.

In 2006 further renovation work was carried out and the owners built a hotel inside the fortress. The Castle is also surrounded by a beautiful park where we could also see deers.

In front of the castle we find the Town Hall and along Via XX Settembre, one of the two main streets of the village, we have the Clock Tower.

The church and other places of interest

Further on is the Church of Santa Maria Assunta,in Baroque style. This is the only church in the old town. It has a gabled structure and a very impressive staircase built at the beginning of the 20th century. Inside there are very beautiful paintings by local painters. The church is directly connected to the castle by a wooden balustrade. In this way the Lords could follow the functions without leaving the castle.

Another important historical building in Parrano is Palazzo de Sanctis, which was the home of the famous psychologist and neuropsychiatrist Sante De Sanctis, who was born in Parrano and lived between the 19th and 20th centuries. One of the rooms of this palace houses a small museum dedicated to the important statuette of the Green Venus. Near Porta Piazza, located in the De Sanctis primary school, there is also the interesting Museo del Territorio, which reconstructs the history of the Parrano territory through a route divided into four sections dedicated to the Devil's dens, prehistory, the Etruscan period and the Middle Ages. 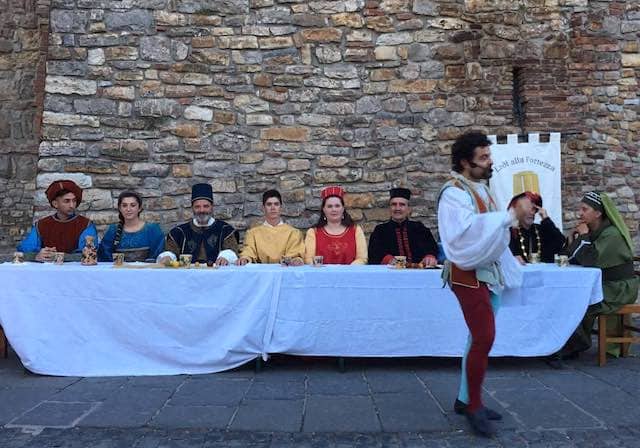 Parrano thrives on its fertile hills: wheat, spelt - favourite food of the Etruscans - oil and saffron are among the town's excellent products. Throughout the region there will be plenty of opportunities to take part in festivals where you can taste many local dishes and excellent wines: Umbria, with its hilly terrain, is the perfect place for vines.

Interesting cultural events, linked to the territory and traditions of the village, take place in Parrano throughout the year. The 'Water Festival' takes place in June and includes events and exhibitions to celebrate water as an essential element in local culture and for life. The “Air Festival” is held in November and includes a series of debates and meetings on the themes of air quality, climate change and respect for the environment.

"Parrano Medievale" it’s an historical commemoration and takes place during the summer. Medieval dinners, markets and shows in costume, will take you back to the Middle Ages!

For a stay to remember, immersed in the Umbrian countryside, we recommend Casale Silvia, a high standard property consisting of a main house with 4 bedrooms and 5 bathrooms and 2 beautiful stone dependences, each with 2 bedrooms with en-suite bathrooms. The main building consists of two floors and has a kitchen and a large living room. It is well furnished and well refined; it has parquet floors and wooden floors, according to the typical style of the local country houses. Almost all the rooms have direct access to the outside garden and the property has large porches, ideal for dinners and lunches with friends.

Outside, there is a large stone barbecue and a beautiful garden that also allows guests to have shaded areas and privacy. About 10 metres from the building, there is also a beautiful seasonal outdoor swimming pool with hydromassage and a view of the green Umbrian hills. The pool area is equipped with umbrellas, deckchairs, chairs and tables.

The property is ideal for families, groups of friends and even couples.

Casa Silvia is the ideal solution to enjoy the peace of the Umbrian countryside, relax in total comfort and discover towns and places of interest in the area. Orvieto, Città della Pieve, Cetona, Lake Trasimeno and then Montepulciano, Pienza, Montalcino, Siena in Tuscany, to name a few!