Umbria: Marsciano, a journey through history among villages and castles

Castello Monticelli is the ideal place if you dream of sleeping within the walls of an ancient medieval fortress and at the same time exploring the nature and the villages of Umbria. Its history and its architecture reflect the importance of a legendary place where the visit of the beauties of the place is added the possibility to live unique sport and culinary experiences.

What if they told you that there is a place where it is possible to live the Middle Ages even in our days?

The castle Monticelli located in Marsciano (Perugia), in the heart of Umbria, leads its guests back in time accompanying them on a dream journey through history. Immersed in nature, it is the ideal place to enjoy the peace of the landscape and savor the emotion of a stay in the past. 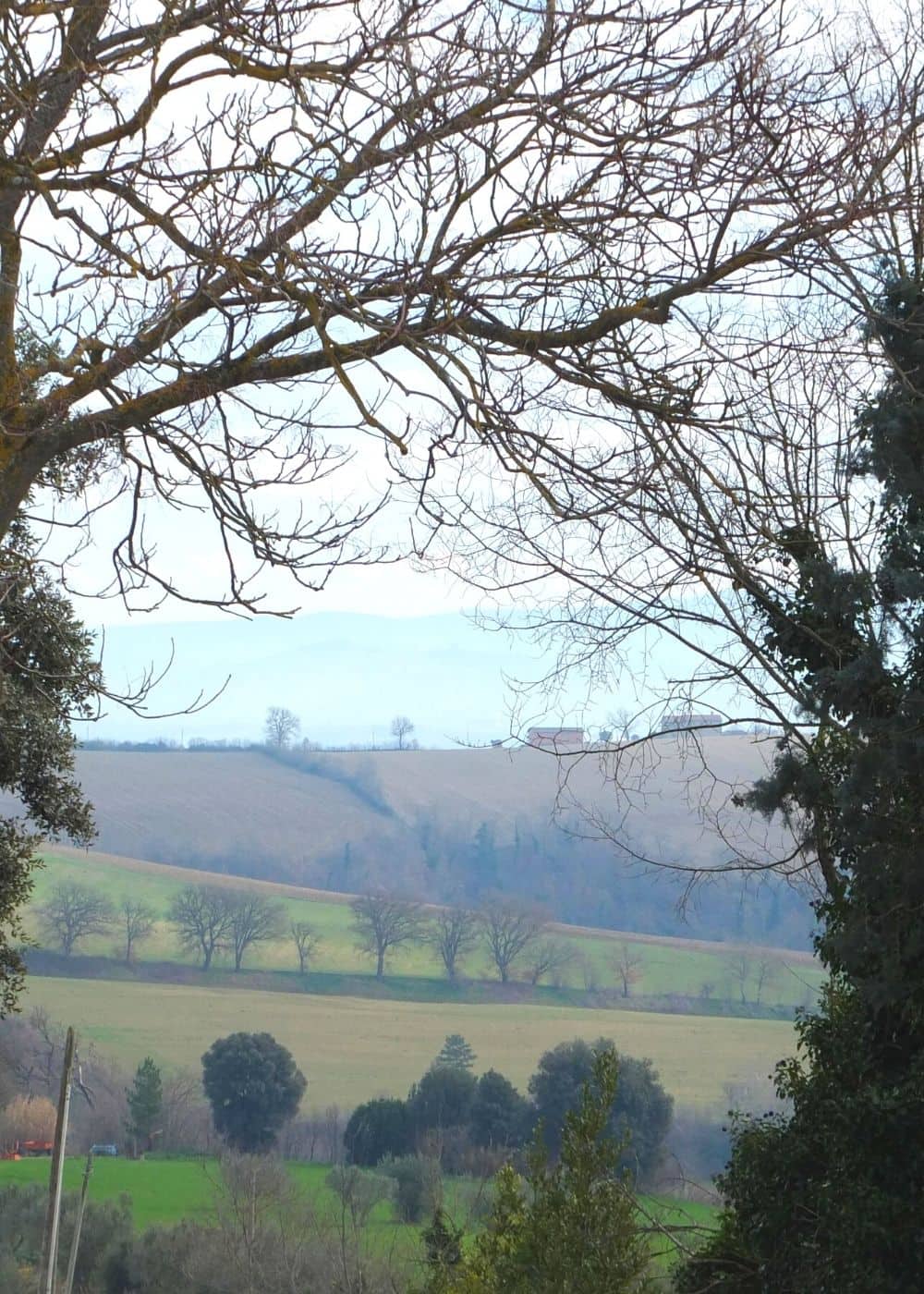 The town of Marsciano with its beautiful castle is the ideal starting point to easily explore the Umbrian territory. The manor is positioned on a low hill from which you can enjoy a breathtaking view of Perugia, Mount Subasio in Assisi and Mount Amiata in Tuscany.

The territory boasts Etruscan origins and a Roman domination and then became a Lombard center in medieval times.

In the historical center, it is worth visiting the parish church of San Giovanni Battista, which houses a painting of the school of Perugino, one of the most important artists in Umbria. Of completely different epoch but of equal importance are some buildings in liberty style and the splendid Palazzo Battaglia. In Marsciano is also the greater Umbrian center of production of the brick. Very curious is the diffused museum "Of the brick and of the terracotta".

Castles of notable interest are those of Montelagello and Migliano facing the valley of the torrent Fersinone with its uncontaminated nature. Little distant from Marsciano and from the Castle Monticelli is the small suburb of medieval origin of Papiano set between two rivers that contribute to offer a poetic image of the territory.

Another 15 medieval villages and historic homes surround the fortress making it part of a unique landscape to explore. Among the most recommended destinations are the small towns of Castiglione della Valle, Spina, Mercatello, Morcella, Migliano, Cerqueto, Compignano, Panicale and Monte Vibiano Vecchio. Those who have never explored the region, cannot miss to visit the most important historical and artistic centers of Umbria: Perugia, Assisi, Todi and Orvieto, are all easily reachable from the residence in a very short time. For nature lovers, a visit to Lake Trasimeno, located just 12 minutes from the castle, and the Sereni-Torricella woods (two kilometers from Monticelli) is a must. The history of the castle goes up again to the 593 d.C.; in this first phase (up to the 774) the fortress served like Byzantine stronghold in order to defend Perugia from the attacks of the Longobardi (native population of the north Europe that had conquered great part of the Peninsula). Not to case the strip of adjacent earth Monticelli was said, from these last ones, Corridor Byzantine.

With the defeat of the Longobards, the military use of the fortress of Monticelli came less and the castle became a Benedictine monastery. It remained the property of the church until 1470 when the structure, and all the surrounding lands, were bought by a family of counts who turned the buildings into a summer residence and hunting lodge. In the course of history, the castle changed its function again becoming first an agricultural farm (1920-60) and then a prison during the first and second world war.

Still today the fortress consists of 8 buildings, three of which are military towers with thick stone walls. Flagship of the castle is the chapel of St. Paul and St. Ubaldo (part of a much larger church now gone lost). In the apse are preserved valuable frescoes dated 1315-1319 and attributed to Meo da Siena, one of the greatest artists of medieval Umbria.

Castello Monticelli is currently a historical residence under the protection of cultural heritage. But its history is not over yet: still today, this wonderful place hosts patrons looking for experiences from all over the world. The restoration of the residence began in 1999 and lasted for 15 years until its conversion into a hotel. The castle, surrounded by greenery, has 80 beds divided into apartments and spacious suites furnished respecting perfectly the medieval style of the architectural context. The location, ideal for events and weddings, is a perfect headquarters to visit the surroundings and, at the same time, relax enjoying its services such as the spa with Jacuzzi and two large swimming pools. To make sure you don't miss anything, the castle also offers the possibility to enjoy the culinary wonders of Umbria at its restaurant (located in the gothic hall of 1230) which offers dishes cooked with zero kilometer ingredients produced in the garden of the manor. An experience that allows you to enjoy every good and beauty of Umbria! 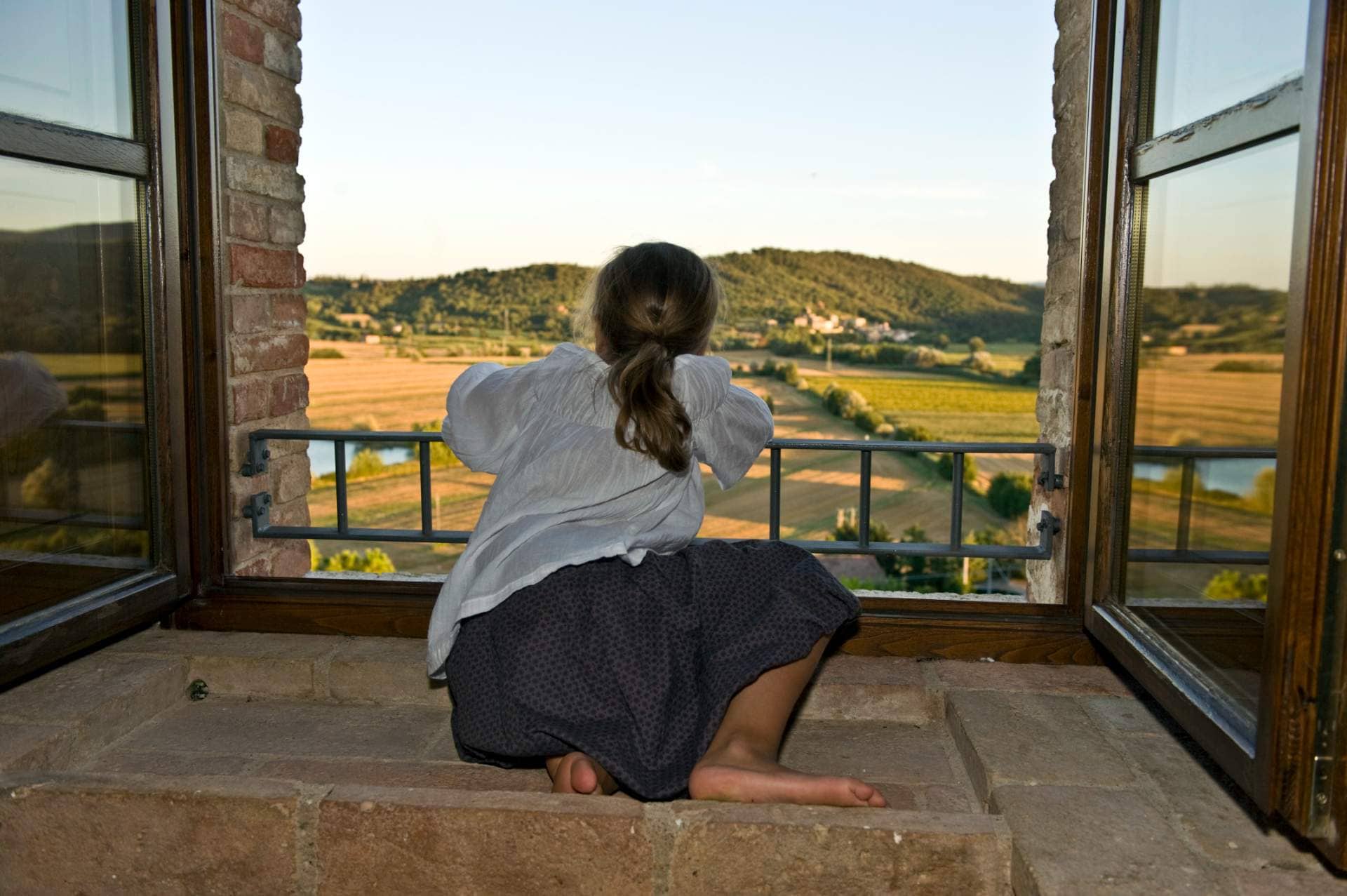 For those who are not yet satiated by the cultural and natural visits to Umbria, or by the relaxation offered by the structure, the castle of Monticelli gives the possibility to continue to explore this beautiful region through different experiences. Starting from food, the strong point of Umbria as a whole, cooking classes are organized with the chefs of the castle to learn and take home the secrets of the delicious dishes cooked here. Ideal would be to accompany the lessons with a walk in the vineyards of the region (and relative tasting of typical wines) or with an immersive tour in the world of the precious Umbrian truffle. For those who would like to dispose of these delights, the structure organizes every kind of sport activities (rafting, golf, horseback riding or biking) and then finally relax with a massage in the wellness center of the castle. What better way, then, to live a 360 degrees experience in the ancient Umbrian fortress? Thanks to the restorations and to the care that today is dedicated to it, Castello Monticelli continues to live and to enchant. Its history, which goes back over the years, is destined not to end, but to be experienced every day by those who want to treat themselves to a stay in history.