Val Venosta, unspoiled nature, history, good food for a green holiday, on foot or by bike, far from the city

Val Venosta is a place of stunning beauty in the north of Italy, a green gem set among high, magnificent mountains. It stretches for about 80 km, from Merano, in the province of Bolzano, to the Resia Pass, on the Austrian border, the place also famous for the old sunken bell tower that rises from the waters of Lake Resia.

Val Venosta is the perfect choice for a true green holiday, in fact it's crossed by footpaths and cycle paths cutting through a scenery that knows no comparisons, and is also equipped with a fast and efficient public transport network. Ditching the car and taking relaxing walks or bike rides is the best way to enjoy the countless beauties of this region.

If cycling is so widespread all throughout Val Venosta it's also thanks to some of its gorgeous tracks. Among the most popular is the Adige Cycle Path, which runs along the valley floor through apple orchards, following for the most part the route of the Adige river, from Merano to Verona, in Veneto. The route, which actually includes the stretch connecting the Resia pass with Bolzano, and better known as the Val Venosta Cycle Path, is almost entirely flat, with gradients that rarely reach 100 meters. It's perfectly suitable for children too, but always varied and truly fascinating. All along the route a rich artistic heritage made of castles and small villages alternates with unspoiled nature, such as the wonderful views of the Dolomites. Now and then it's possible to detour along other paths loved by professional bikers and tourists as well, like the Val Passiria Path or the route that crosses Valle Isarco. 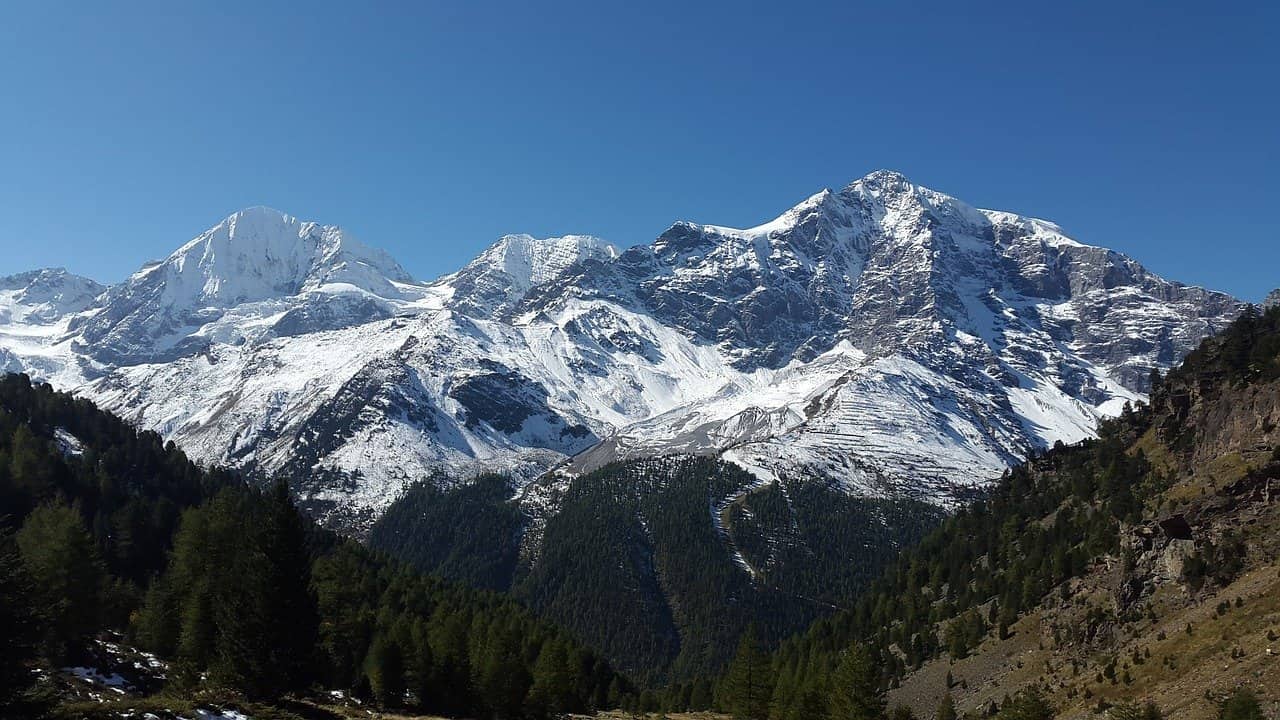 An eco-sustainable alternative to the bike is the Val Venosta Railway, which connects basically all the points of interest in the valley. While retaining some charming historic stations dating back to the XIX century, the railway has modern trains, equipped with large windows from which to admire stunning views over all the wonders of the region. One of the main stops is Merano, a lovely spa town nestled between the white peaks of the glaciers. It's full of gardens, waterways, and has a charming medieval old town, while the streets are delineated by beautiful buildings in art nuveau style. The train from Merano reaches other unmissable places, such as Castelbello, famous for its wine trail and other culinary delicacies, Lasa, well known for its marbles, the white gold of Val Venosta and last but not least, Malles. This small town is definitely worth a visit, it's the second-largest municipality in South Tyrol and offers, among other things, a dense network of trails at about 1000 meters above sea level, ideal for summer trekking thanks to a cool and dry climate. The path that climbs up to the Palla Bianca glacier also starts from Malles, while the hill of Tarces, inhabited since prehistoric times, is only 1 km away. Equally easy to reach, even on foot or by bike, are the other small villages in the area, with their convents and fortresses, enriching a region full of history, flavors and traditions, as well as natural beauty.

The Paths of the Rogge

Much loved by the locals for the wonderful views and for not being too demanding, these paths follow the irrigation canals called indeed Rogge, running along both the Val Venosta's sides. There are twenty paths, all feasible even in winter and pretty easy to access. For long stretches the Paths of the Rogge offer spectacular views of the surrounding mountains. A few of the most popular depart from Malles, while others start in Glorenza, renowned as the smallest city in Italy. It's a tiny casket of beauty indeed, enclosed by thick walls, which is undoubtedly also worth a visit. A trip to Val Venosta wouldn't be complete without a visit to the Stelvio National Park, one of the most beautiful and important protected areas in Italy, and also one of the largest in Europe. For a considerable part of its extension the park is indeed located in Val Venosta and includes the peaks of Ortles-Cevedale, which with almost 4000 meters in height, is a prize for the most skilled mountaineers. However, the Stelvio National Park also includes mountains easier to conquer, alpine huts to rest and taste the exquisite local cuisine, as well as important ski slopes and cycling routes well known in the area. Here is where every year the Day of the Cycling takes place, along with marathons and other summer and winter sporting events.
For a relaxing holiday inside the Park take your time to stroll through the woods or the meadows and to walk along crystal clear streams breathing fresh air. Here is where the more expert can have fun recognizing rare animals and plants, or identifying the different climatic bands that cross the park.
The Stelvio National Park has some important visitor centers as well, such as the Acquaprad, near Spondigna, easy to reach by the Val Venosta railway and by bus; this is the perfect place to learn pretty much everything about water. On the other hand, geology lovers shouldn't miss the visitor center of Trafoi, which can also be reached by bus, along the road that leads to the Stelvio pass.