The Port of Alghero: history, advices and curiosities about the main harbor of North-Western Sardinia

Between history and the sea lies the majestic Port of Alghero: find out more!

The port of Alghero is the main landing place on the west coast of Sardinia and has a mooring capacity of approximately 2500 berths. It is incredible how the port and the city, Alghero, come together, creating a spectacular view, giving the possibility to moor at the foot of the ancient city walls. The history of Alghero, and its harbour, dates back to the early 12th century when the Doria family decided to fortify the city. In 1353 the city became part of the Crown of Aragon and had remained under the Catalan-Aragonese and then Spanish domination for four centuries. Alghero still retains the imprint of the period of the Catalan-Aragonese domination, tangible in the architecture of its churches, palaces, bastions and in the typical language spoken by its people. Read on to find out more about Alghero and its significant harbour.

The history of Alghero and its port 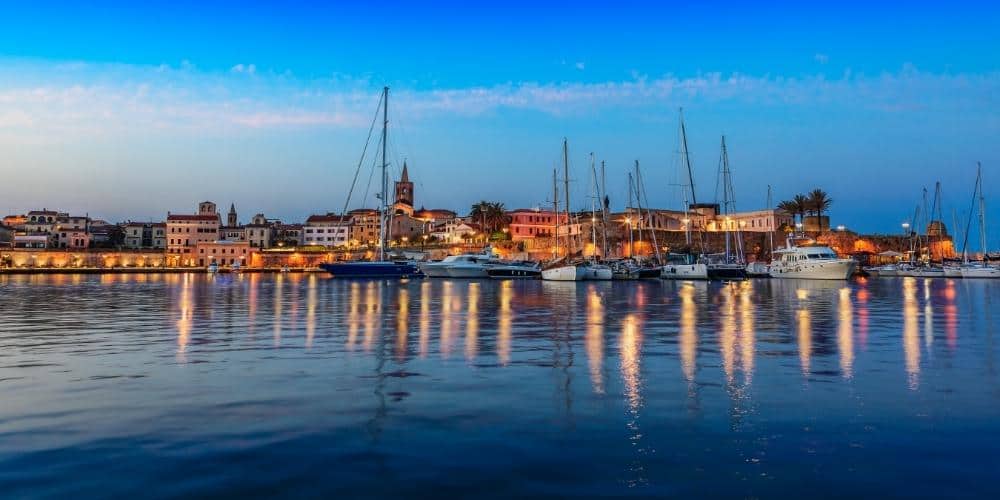 The beautiful fortress city of Alghero is located on the north-western coast of Sardinia and falls entirely within the province of Sassari. It is also known as the Sardinian Barceloneta, since the city was ruled by the Catalan-Aragonese Crown for almost 400 years. In its streets you can still breathe Catalonia, in the architectural and urban details of its palaces and buildings, in the Catalan language of its inhabitants, expression of a feeling of belonging and commonality with the motherland.

Alghero was fortified by the Genoese Doria family in 1102, in order to make their possessions in north-western Sardinia safer. In 1354, however, the city, after months of siege, became Catalan by the hand of the King of Aragon Peter IV the Ceremonious. From that moment began the long Catalan history of Alghero, which lasted for almost four centuries, a history that has shaped the cultural and linguistic tradition of the city, still alive today. In fact, despite the passage of the Kingdom of Sardinia to the House of Savoy in 1720, the culture and language of the city did not change.

Historically, the port of Alghero has always been an important landing point for trade in the Mediterranean, initially especially for Genoese vessels. It was then conquered by the Catalan and Spanish domination, becoming a military base for their warships. Today the port of Alghero is a tourist receptive structure.

The Port of Alghero 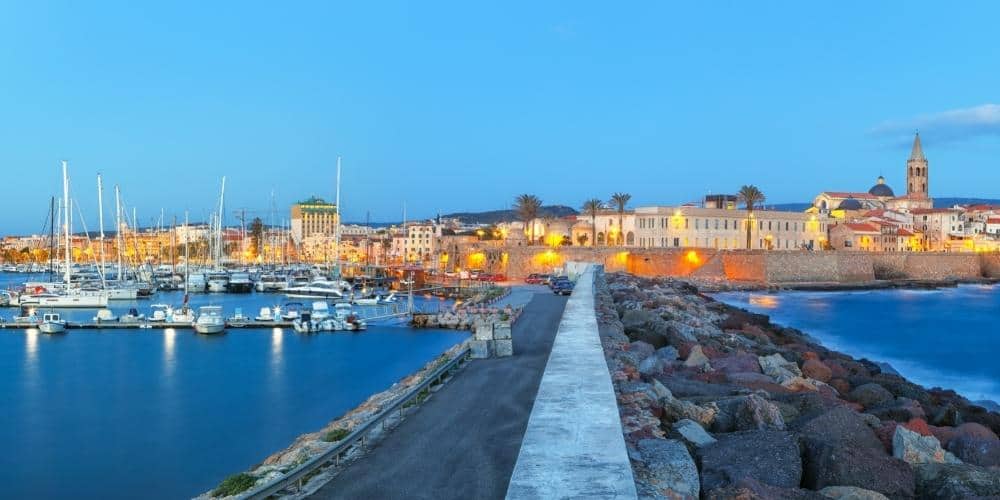 The Port of Alghero represents the main landing place on the western coast of Sardinia, and the first one you meet coming from the Balearic Islands. The Port, a tourist harbour, can be used all year round and is a modern and well-equipped recreational port that allows the mooring of various categories of boats, from large yachts to small boats, up to 60 meters. In total it offers about 2,500 berths and, being set in an inlet perfectly sheltered from all winds, it enjoys a strategic position.

The port is located at the foot of the old Catalan walls that overlook one of the most beautiful corners of the Mediterranean Sea. From the port through the Porta a Mare (sea gate), the ancient entrance to the fortress city, you are immediately immersed in the streets, churches and palaces of the historic center. Port and city merge into a unicum, creating a spectacular and unique view.

Things to visit departing from the Tourist Port of Alghero

Arriving at the Port of Alghero, it is enough to cross the porta a mare to find yourself in the narrow streets of the city. The old town and the walls are perfectly joined to the port, making it easy to visit the city. In the historic center you cannot miss the Cathedral with its tower, from which you can enjoy a view of the entire city, the Piazza Civica, the main square of the city, and the Coral Museum, a must-see destination because Alghero is the capital of the Riviera del Corallo (Coral Riviera), a name derived from the fact that in its waters is the largest amount of precious red coral.

In the surroundings of Alghero it will be possible to reach, through a boat trip from the port of Alghero, the Caves of Neptune located in Capo Caccia. These caves are among the largest marine cavities in Italy, one of the most fascinating jewels of nature in the Mediterranean. Their formation dates back to about two million years ago and inside there are rooms with amazing karst formations, a beach of white sand and a huge underground lake. 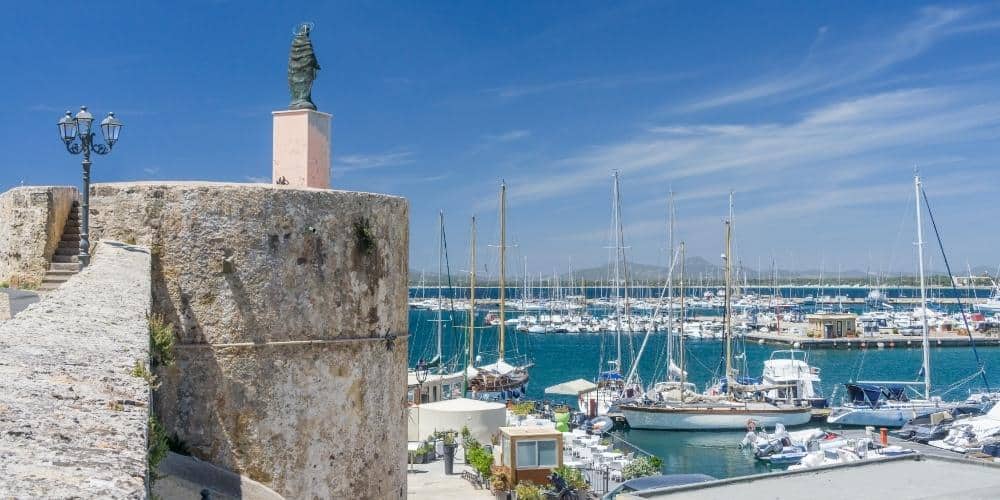 The ideal Marina where to moor in Alghero to better enjoy your visit is the Marina di Sant'Elmo, whose main traits are comfort, safety and privacy. Located in the southern part of the Port of Alghero, just below the massive walls of the ancient city, enjoys a privileged position, which despite its proximity to the historic city center, offers tranquility and silence. Thanks to its position, since 2012 Marina di Sant'Elmo is the only marina in the Port of Alghero officially authorized to moor boats up to 70 meters in total safety.

Its dock offers 100 berths for yachts up to 70 m, whose access is guarded 24 hours a day, offering its customers a stay in total safety. Marina di Sant'Elmo also offers a wide range of additional 5-star services, including winter mooring, courtesy car and car rental, also with driver, galley provisioning and on-board catering services, refueling, technical assistance and maintenance and booking service, transfers, visits and excursions. A complete treatment that will make your mooring at the Port of Alghero unique and inimitable.