The most beautiful villages in Italy: Zavattarello e Fortunago, Lombardy

Zavattarello and Fortunago, thanks for their medieval fortresses, are among the most beautiful villages in Italy: inside the walls are hidden mysterious legends and culinary records, outside there are exotic scents and magical places.

Like the majestic chestnut trees growing in the nearby woods, the ancient villages of Zavattarello and Fortunago plunge one's root in ancient Italian history but extend their branches as much towards the rest of the globe as towards enchanted worlds. But what does Zavattarello have to share with the world of magic? And why is Fortunago so similar to Provence? Which of the two villages has hosted a world culinary record linked to Nepal? And what American-related award have they won together? Let's discover these beautiful villages and their ancient secrets together. In the heart of the Tidone Valley, in Oltrepò Pavese area, lies the village of Zavattarello, surrounded by rows of vines, ancient parish and evocative abbeys. Zavattarello saw the peak of its splendour in the Middle Ages when, thanks to its elevated position dominating the valley, it became one of the main strongholds of the noble Dal Verme family that governed the region.

The eastern exposure of the town lights up the colours of the sandstone used to build the houses: the warm yellow-ochre hues also create an excellent contrast with the greens and browns of the surrounding woods. Strolling through the streets of Zavattarello, you can admire the old medieval houses still equipped with courtyards, fountains, iron rings where horses were tied, the remains of the ancient walls and the general original urban structure.

On the other side of the village from the square, you will find an ancient Romanesque parish dedicated to San Paolo with a great wooden altar, altarpieces and relics of saints; on the back of the parish stands the octagonal crest that host the members of the Dal Verme family.

Zavattarello appears at the first time in the sources of the monastery of Bobbio in the 9th century and is precisely defined as 'Pieve di San Paolo in Sartoriano'. Zavattarello castle was built by the Bobbio monastery at the end of the 10th century, and it was a feudal property of the bishop of Bobbio, who had become a count. The castle is undoubtedly the most remarkable structure in Zavattarello and is inextricably linked to the military histories of the region, as well as to a tragic and obscure tale that stretches its clutches to the present day

It's good to be a child again, for a while, and to feel fear - not of governments, or regulations, or infidelity, or accountants, or distant wars, but of ghosts and things that don't exist, and even if they did, they couldn't do us any harm.

Who is the 'ghostly' inhabitant of Zavattarello Castle? 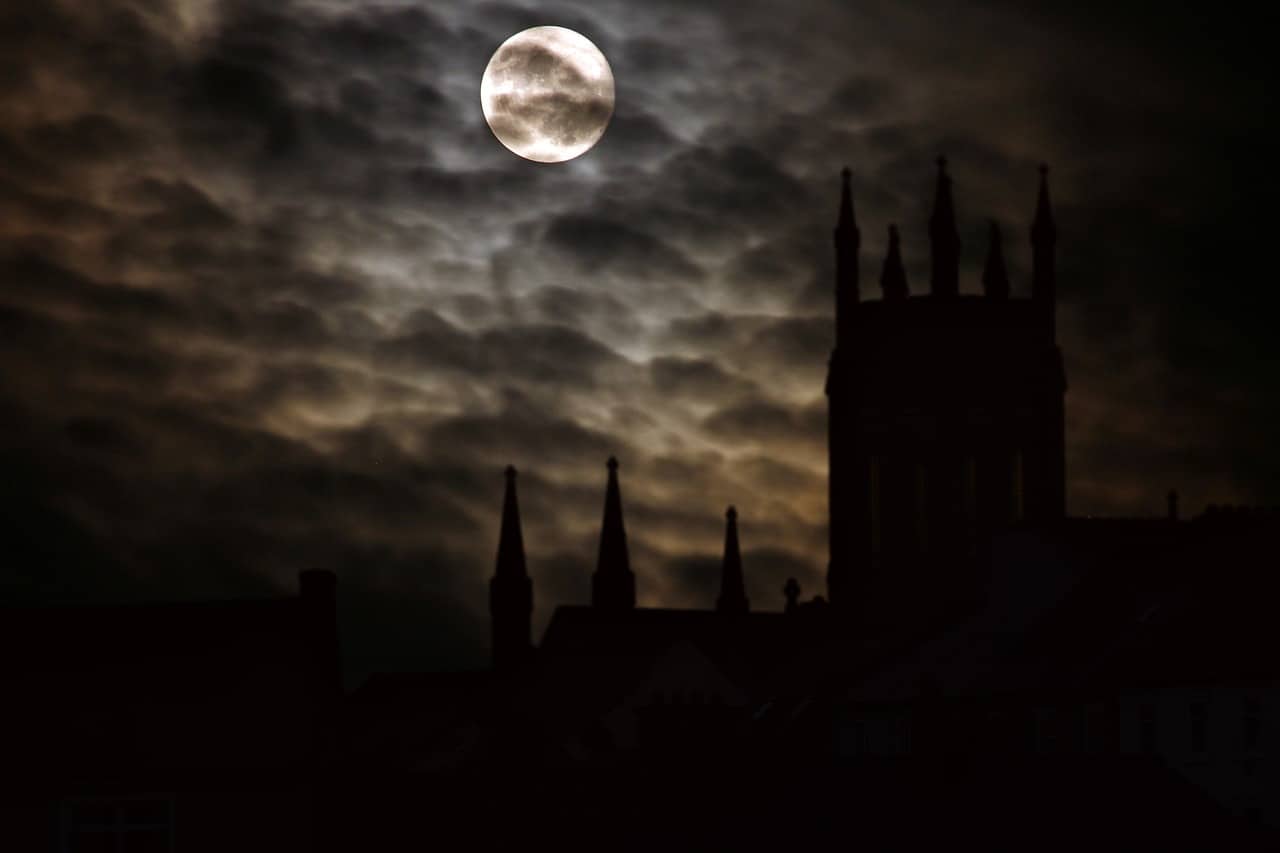 First of all, a bit of history. Zavattarello castle passed into the hands of Sant'Ambrogio monastery in Milan and remained their property until it was conquered by the lords of the city of Piacenza. However, this did not put an end to the military clashes because, even under the rule of the city itself, the manor was disputed between the Scotti family (Guelph) and the Landi family (Ghibelline): the clash saw the victory of the latter, who in 1264, in the person of Ubertino Landi, raided the region, spread terror in the countryside but at the same time fortified the village and the castle making them impregnable.

In 1390 the bishop of Bobbio decided to give the castle to the mercenary captain Jacopo Dal Verme. Right from the start, the family's rule continued uninterruptedly until 1987, when it was donated to the municipality of Zavattarello, which began restoration work on the fortress.

Today it is possible to visit this marvellous fortress, its large rooms, the prisons dug into the rock, the watchtowers, the stables and a remarkable collection of contemporary art.

But that's not all. In addition to these beauties, the Dal Verme manor hides a dark secret linked to a tragedy that struck Pietro Dal Verme, lord of the castle in the 15th century. He was betrothed to Chiara Sforza, daughter of the Lord of Milan, but this marriage of convenience, which would have united the two families, did not please Pietro, who was in love with Cecilia del Maino, daughter of the ducal councillor. The two lovers married in secret and, despite the initial scandal, lived happily for the first few years of their marriage: their union was tragically interrupted by Cecilia's death a few years later. At this point, Chiara Sforza came back into the picture and became Pietro Dal Verme's second wife. The girl, still wounded in pride and incited by her uncle Ludovico il Moro, killed her husband by poisoning him. It is said that the ghost of Pietro Dal Verme has haunted Zavattarello Castle ever since: unexplained events, noises in the night, objects moving, male voices and other paranormal phenomena have been recorded over the years. At the foot of the castle lies a beautiful forest with a fairy-tale atmosphere. In the thick of these trees, you can discover the Smurfs' Village, meet the famous wooden puppet Pinocchio, marvel at the faces of the talking trees and play with Snow White and the Seven Dwarfs. But the "enchantment" of the Zavattarello forest does not end here: you can walk along the beautiful path that starts from Piazza dal Verme and goes all around the castle, which is called "The Goose Tour" because of its circular shape: it is a path of just over a kilometre populated by gnomes and colourful wooden animals, a magical place that will fall in love adults and children! 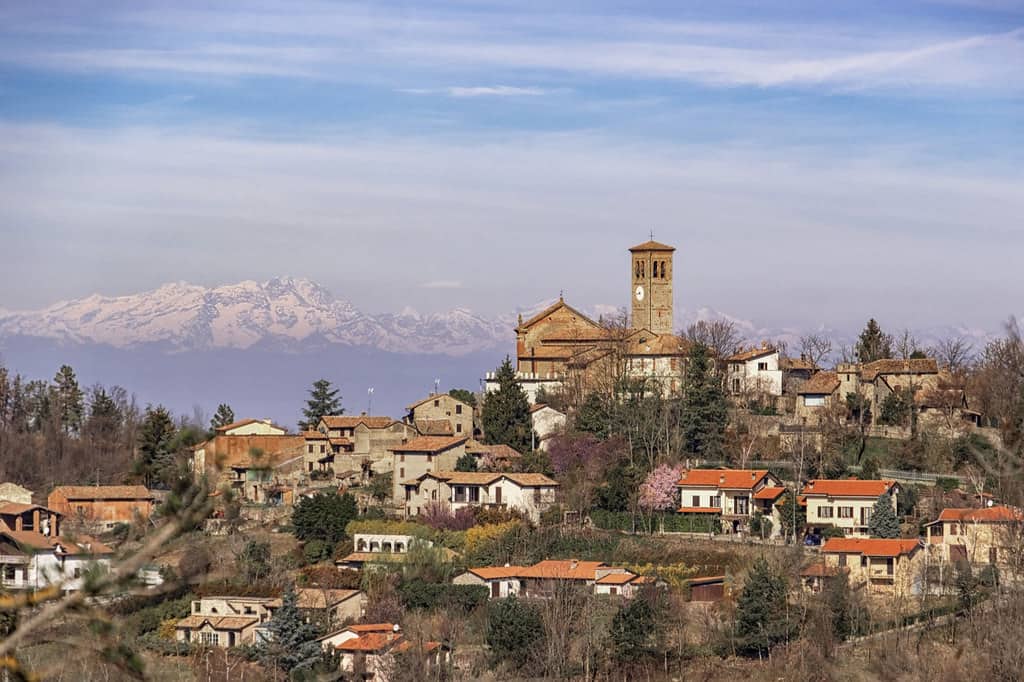 Fortunago is a medieval village that stands out for its good taste and elegance: its deep historical roots are counterbalanced by many modern elements. Fortunago's good taste can be seen everywhere, from the flower-filled balconies of the houses, the well-kept hedges, the carefully cultivated fields, the warm and diffuse lighting of the streetlamps, the numerous wooden benches to the porphyry paving of the streets.

The ruined walls and castle testify to the ancient origins of the settlement and lend a romantic and decadent aura to the old ruins of the village. This time, the toponymy reveals the origins of this village: the suffix -aco, in fact, in the ancient language of the Celts, means "house by the water", a name probably derived from the town's resurgence.

Historically, Fortunago was fought over by the Dal Verme family and the Malaspina family: the latter got the better of their historical adversaries and thus obtained possession of the village until the middle of the 18th century.

Even as you approach Fortunago, you will notice the layout of the houses, which are perched on the steep hillside in classic medieval tradition. You will find the village's streets very narrow and enclosed by ancient stone walls, the highest part of the hill dominated by the Church of San Giorgio dating back to 1609. In the distance, you can also see the spectacular castle of Montalto Pavese, which overlooks the hills of the Oltrepò Pavese.

Violet was born one spring day in a lavender field. It must have searched for a long time for a place like this where the rows of vines go straight towards the horizon as if invited to a dance with infinity.

A corner of Provence in Oltrepò Close your eyes and inhale the heady aroma of lavender growing in the fields around Fortunago: you will be immediately catapulted into the heart of Provence where, from June onwards, all the shades of purple explode in a spectacle of incomparable beauty.

The Oltrepò Pavese is one of the wealthiest areas in Italy in lavender, so in that season of the year when spring slows down towards the hot summer, you can witness the spectacle of colours of this flowering, in which the green of the plants and the golden-yellow of the fields form a background to the intense lilac of the lavender plants.

In the hills around Fortunago, several farms have dedicated themselves to this cultivation, such as the farmhouse Il Melo Rosso: it should be noted that these fields are all privately owned, so it is always a good idea to contact the owners to organise your outings.

The heaviest agnolotto in the world on its way to Nepal

This record is making your mouth water! On the occasion of Expo Milano 2015, an event based on food sustainability, chef Danilo Nembrini broke the record for the heaviest agnolotto in the world, entering the Guinness Book of Records: a whopping 148kg!

Agnolotti is a traditional pasta made with small pieces of flattened pasta dough folded over a filling of roasted meat or vegetables.

The record was broken in Fortunago's Piazza della Posta in front of thousands of spectators. Nembrini used a made-to-measure pot, 3 metres long and 1 metre high, powered by six gas cookers. A team of 20 people worked for four hours to prepare it. The ingredients used to create this spatial agnolotto were:

The 1900 euros collected on this occasion are personally taken by Chef Nembrini to the Nepal pavilion at Expo and donated to charity.

Fortunago and Zavattarello, the two most "American friendly" villages of the Oltrepò Pavese 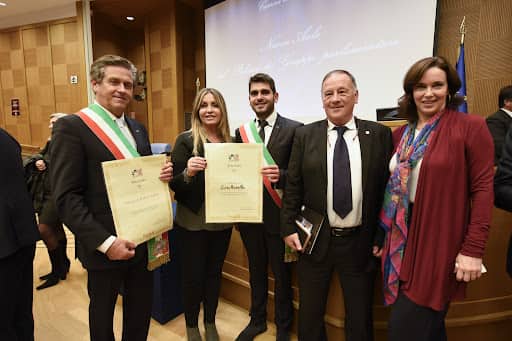 2015 was a special year for both Zavattarello and Fortunago, which together became "American Friendly" villages.

The Chamber of Deputies awarded this important nomination for their merits in promoting tourism to American visitors: websites with excellent English translations, bilingual information panels, the possibility of guided tours of the villages with English-speaking tour guides and other worthy initiatives, such as the organisation of English courses for shopkeepers, an initiative taken by the municipality of Zavattarello that has made it particularly American Friendly!

Mysterious ghosts, romantic ruins, giant agnolotti, Provençal perfumes and enchanted woods: these and many others are the treasures you can find in Fortunago and Zavattarello, two of the most beautiful villages in Italy that are eager to welcome you with all their Italian tradition and international spirit!