The Lantern: history and curiosities about the symbol of Genoa

The Lantern: history and curiosities about the symbol of Genoa 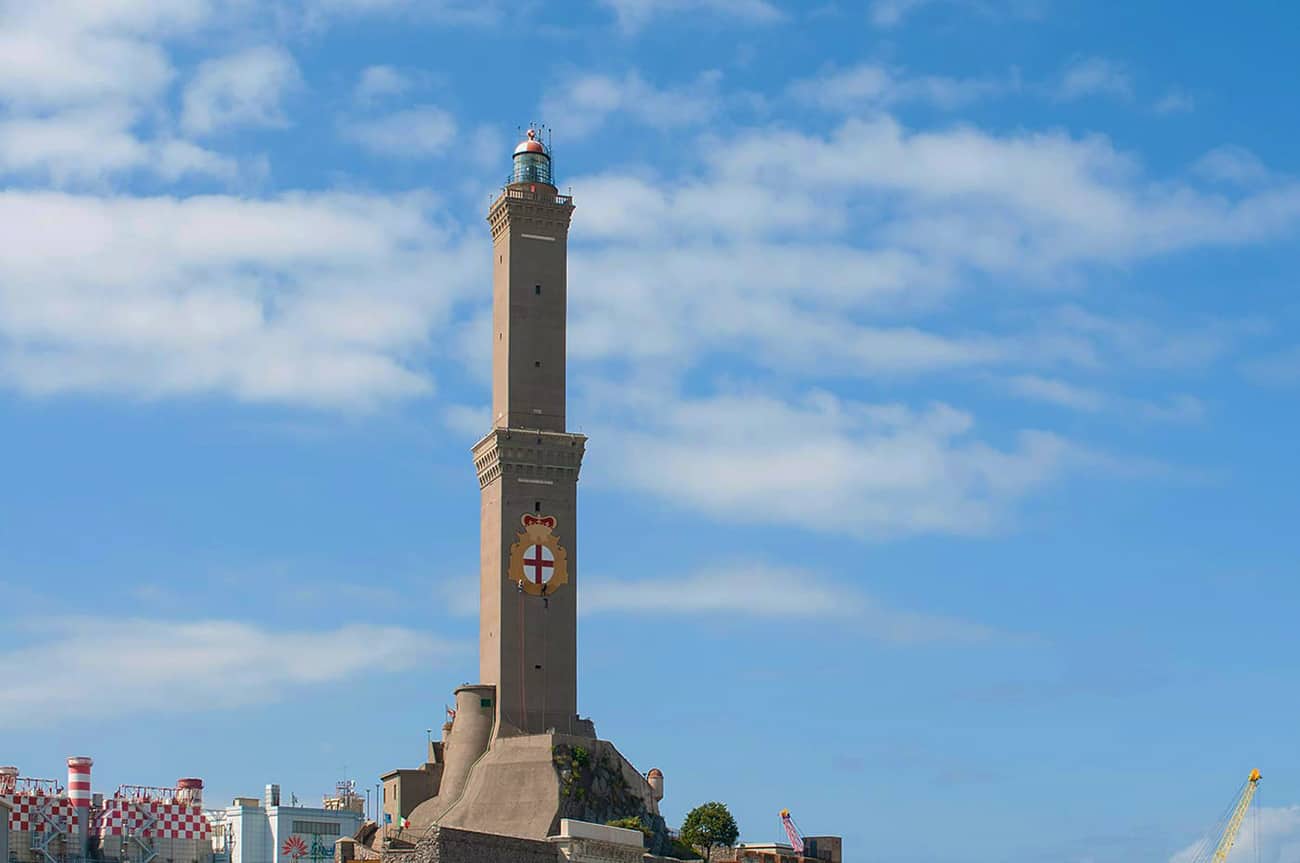 77 meters high, several times damaged and as many rebuilt, offers a beautiful view from the first frame accessible to the public. But the Lantern does not only offer this: here we tell you everything you need to know about the symbol of “Superba” (nickname of Genoa).

The Lantern is located on what remains of the old promontory of San Benigno, a small hill then razed to the ground at the beginning of the last century to make room for the harbour and the development of the district of Sampierdarena. Indeed, the majestic lighthouse can only be reached through a walkway built in 2001 that for some stretches skirts the ancient city walls, dating back to 1600, and then rejoin the ancient access road that ends in the New Door of Lantern. The ancient monument, according to some sources, was founded back in 1128, when on its summit the fascinas were burned to orient sailors. In 1340 the town’s coat of arms, the Cross of Saint George, was painted on the lower tower. In 1513, during the French rule of the city, the Lantern was heavily damaged during the fighting between the French army of Louis XII and the Genoese led by the commander Andrea Doria, to free the besieged port and destroy the Briglie Fort built by enemies. In 1543 it acquired its final appearance, at the will of the doge. It was damaged again by war from the end of 1600 until World War II, but each time it was then restored and is there, to symbolize the pride of the Genoese. At the end of the '700 it was equipped with a lightning rod and in the middle of the '800 was enriched with a new lighting system. In 1936 it switched to electric lighting and in the '70s it was equipped with a flashing red light to orient the planes of the nearby airport.

Facts about the Lantern 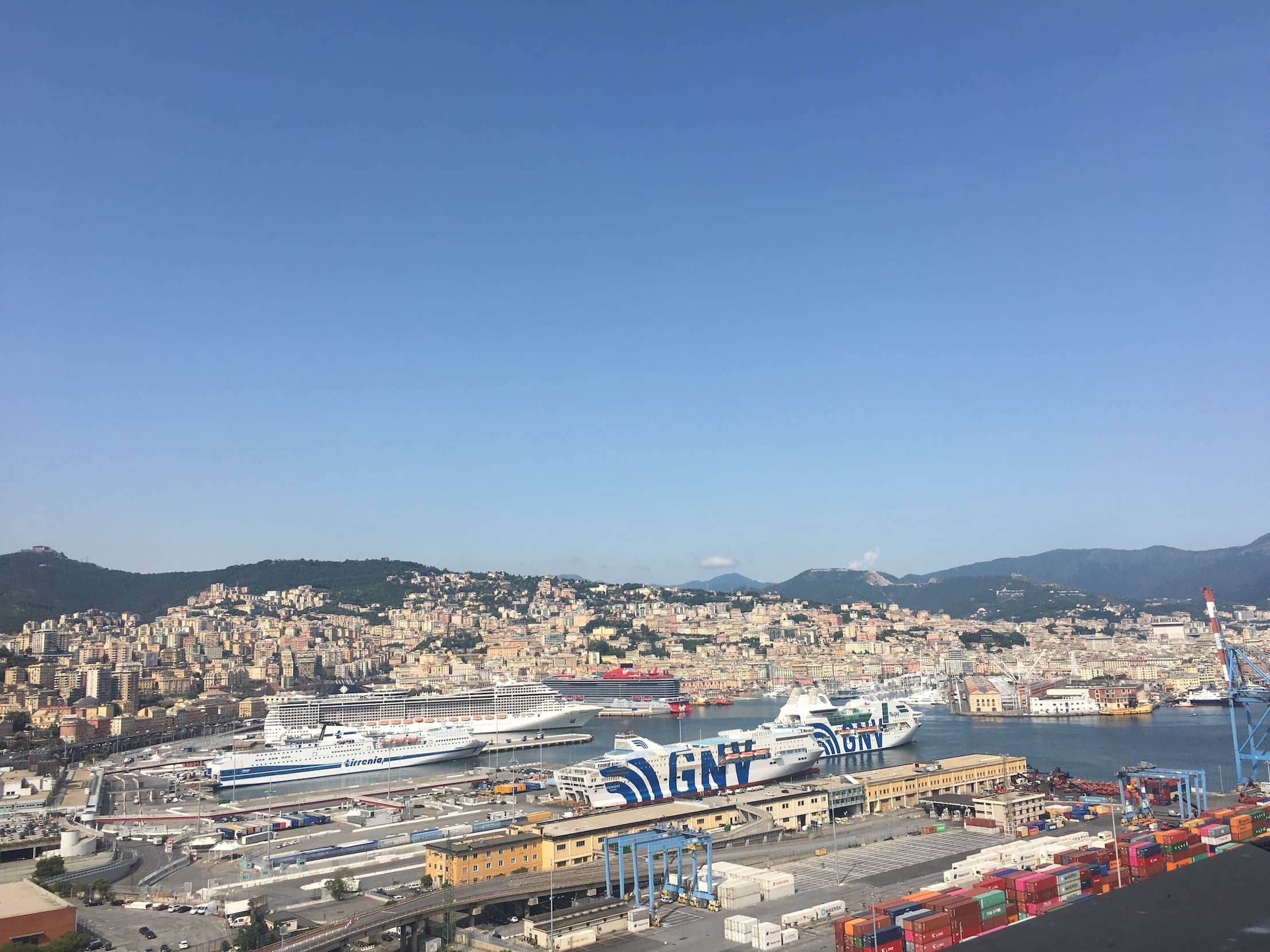 The Lantern of Genoa is the most important lighthouse in Italy, the second highest in Europe and one of the oldest in the world still in operation. Its beam of light reaches 50 km away. It has two panoramic terraces, but only the first one is open to the public: the upper one is under the control of the Navy. To reach the Lanterna you walk along a wooden walkway of about 800 meters, which starts from the ferry terminal and from which you can observe the activities of the port; along the way in fact many signs tell the story of the Genoese dockers. Once on the fortress, you can turn around the park surrounding the monument and admire the Porta Nuova. At the entrance, you will enter the ancient fortifications where is the small museum with the lighthouse hall. From here the climb begins: 172 steps await you, a bit tiring, but you will then be rewarded by the view from above and the cool sea breeze. A legend says that the builder was thrown into the sea, to avoid that he could rebuild the same work elsewhere, or, more banally, because the Genoese did not want to pay him at the end of the work.

The Lantern is open from Tuesday to Sunday: in case of orange alert or thunderstorms, however, visits are suspended; check the weather conditions to avoid finding it closed. To get there take bus no.1 and get off at the Ferry Terminal. (Dinegro stop). From here, follow the red arrows indicated on the ground in the parking lot of the terminal to reach the beginning of the walkway. The cost of the ticket, including park and museum, is € 6 and there are discounts.

We remind you that the Lantern can be visited in compliance with the security provisions for the Co-vid19. Entrances are contingent to avoid gatherings and please maintain the safe distance between visitors. It can be accessed only with the mask and will not be allowed to who have a temperature over 37.5, after screening.

The Lantern lighthouse, like a minaret, gives the whole something oriental and is thought to Constantinople.