The Gran Sasso and Monti della Laga National Park: from earth to stars.

The Gran Sasso e Monti della Laga National Park is the third largest nature reserve area in Italy. The wealth of flora and fauna, the villages and castles, make this park an incredible place to visit.

The Gran Sasso and Monti della Laga National Park: from earth to stars. 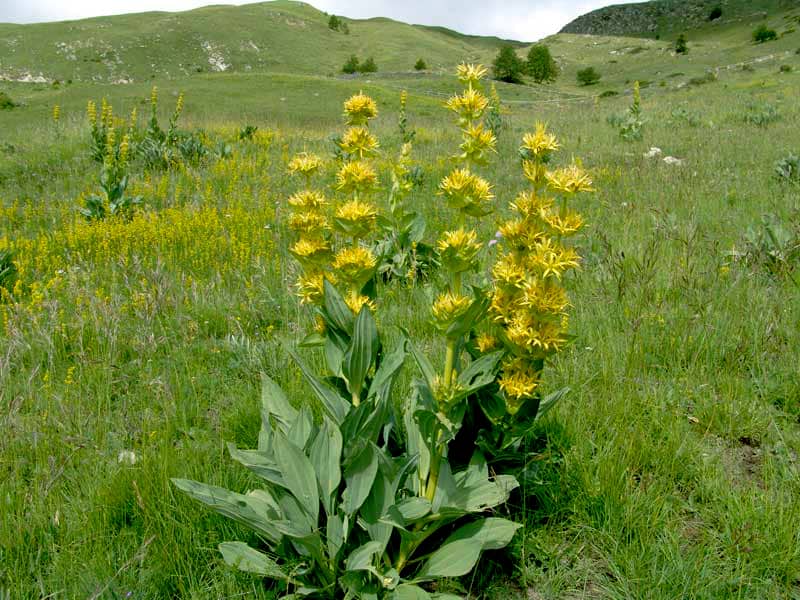 Italy is a treasure chest of wonders and, as everyone knows, it is also the country with the highest percentage of biodiversity in the world. A fundamental role in preserving this treasure of nature are the nature reserves.

In this regard, the Gran Sasso e Monti della Laga National Park established in 1991, one of the three national parks in Abruzzo is the third largest protected nature reserve in Italy for territorial extension, located mostly in Abruzzo (province of L'Aquila, Teramo and Pescara) and to a lesser extent in the adjacent areas of Lazio (Rieti) and Marche (Ascoli Piceno). The park covers a predominantly mountainous area of almost 150,000 hectares, including the Gran sasso massif and the Laga Mountains. Given its large territorial extension, it is divided into 12 districts. It also embraces numerous municipalities, among which those of L'Aquila, Teramo, Ascoli Piceno, Rieti and Pescara.

There are three nature reserves: the Corno Grande di Pietracamela Nature Reserve, the Campotosto Lake Nature Reserve and the Voltigno and Valle d'Angri Regional Reserve. And it is precisely due to these three reserves the presence of a rich flora, think only of the area to the south-east where the woods are present only at relatively low altitudes and are composed mainly of black pine and oak trees (Castel Del Monte, Santo Stefano di Sessanio, Barisciano and San Pio delle Camere).

The plants that we can typically find from average altitudes down are turkey oaks, downy oaks, ornielli, laburnum, wild apple trees, cornelian, gentian (very abundant on the Gran Sasso on the L'Aquila side and which represents a protected species although collected by the locals to produce the famous gentian liqueur) and juniper (also protected and present above all on the summit of Pizzo Cefalone). In the upper area and in the plain of Campo Imperatore the land has only pastures.

But the fauna is certainly no less, remember that in the Gran Sasso National Park live animals such as the Abruzzo Chamois, the Roe Deer, the Apennine wolf, the Marsciano brown bear. The diversity of birds is also very varied, just think of the golden eagle, the goshawk or the peregrine falcon.

From earth to stars

But the Gran Sasso e Monti della Laga National Park is not only nature. Given its enormous extension and the municipalities it embraces, it is possible to immerse yourself in a rich and centuries-old history. We remind you that there are at least 16 villages of historical and artistic interest, more than 50 important religious complexes and architectures, without forgetting the massive presence of castles, 12 of them.

It should also be remembered that in the district of Campo Imperatore there is the headquarters of the National Institute of Geophysics, a destination for astrophiles. In fact, thanks to the altitude and the distance from sources of light and air pollution, Campo Imperatore is the ideal place for astronomical observation. It has an observation station, part of the Abruzzo Astronomical Observatory, built between 1948 and 1955 and equipped with a telescope over one meter in diameter. Since 2001 the Observatory has been home to the international CINEOS programme which has led to the discovery of 61000 asteroids and 1500 new objects, including 6 near-Earth objects and a planetoid.