The blue Italy: a tour to discover the beloved Italian lakes

Follow us through this tour to discover the blue Italy: a color often associated with the sea that bathes the peninsula and the sky that joins the horizon, but also attributable to the lakes, an extremely loved and sought-after Italian natural beauty.

Before leaving for a tour to discover the major lakes of northern Italy, you cannot miss a visit to Venice: a walking tour through the city of water, to discover the canals that surround the historic center of the Serenissima, with unmissable stops dedicated to places of greatest historical and cultural importance. During your one-day stay in Venice, you certainly can't miss a gondola ride along the Grand Canal but, before that, you can't miss Piazza San Marco with its homonymous Basilica, the Palazzo Ducale and the Campanile. You will be guided through the Calli to the shopping streets crossing the Rialto Bridge, reaching the San Polo sestiere or continuing an alternative route to get to the Cannaregio sestiere. Venice is an incredible discovery that must be admired from top to bottom without losing attention even for a second, especially because the city does not allow it: you will notice the richness and architectural magnificence in every corner, so much so that you will be breathless. Then you will move to Sirmione a suggestive town overlooking Lake Garda: despite being very close to the city of Verona, Sirmione is part of the province of Brescia, in Lombardy. The town is renowned all over the world for various reasons, both from a tourist point of view thanks to the thermal waters it offers and the Roman history it has preserved over time, and geographically due to the curious peninsula on which it extends its territory. The city boasts a rich historical and artistic heritage such as the Castle of Sirmione and the Catullus Caves, enclosed by a turquoise frame, for the thermal waters that surround it, but also green, for the parks and trees that play a visually suggestive role and in harmony with the ancient fortress and the open-air museum experience. Peschiera del Garda is the southernmost town of Lake Garda as well as the westernmost municipality of the entire Veneto region, on the border with the Lombardy region. The old city, born at the mouth of the Mincio river, inevitably recalls the canals of Venice: the waterways surround the peculiar star-shaped Fortress, which in 2017 became part of the UNESCO. You can access the historic center through the two entrance doors positioned on two opposite sides, Porta Verona and Porta Brescia, a clear reference to the two provinces with which Peschiera del Garda borders. As a link to the two parts of the city center, separated by the canal, there is the Ponte dei Voltoni which will take you from the main square to the Museum of Fishing and Lake Traditions. Residence of two pile-dwelling archaeological sites dating back to the Bronze Age and of Roman excavations located in the center of the town, Peschiera del Garda is renowned not only historically but above all at a tourist level: given the strategic point that allows tourists to organize visits and excursions also to Lombard locations such as Sirmione and Desenzano del Garda, Peschiera del Garda has numerous holiday centers with large capacities, so much so as to double the resident population in the high season. Peschiera records over 2 million official visitors every year, placing it in the top 25 of tourist destinations in Italy and in second place (after Lazise) as an Italian lake destination. 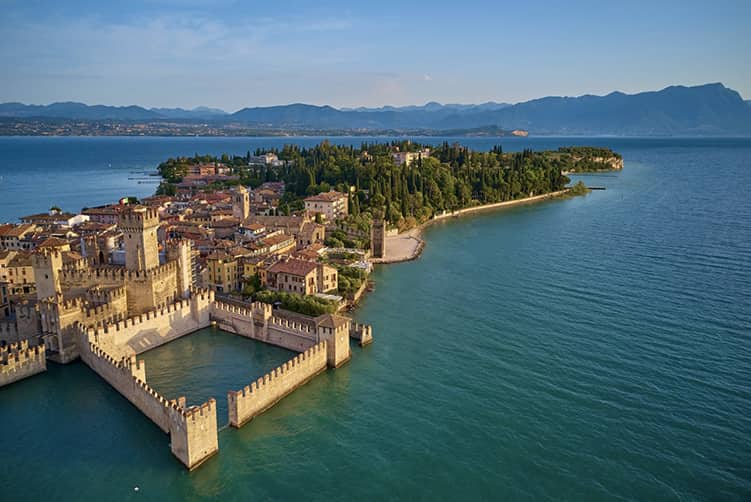 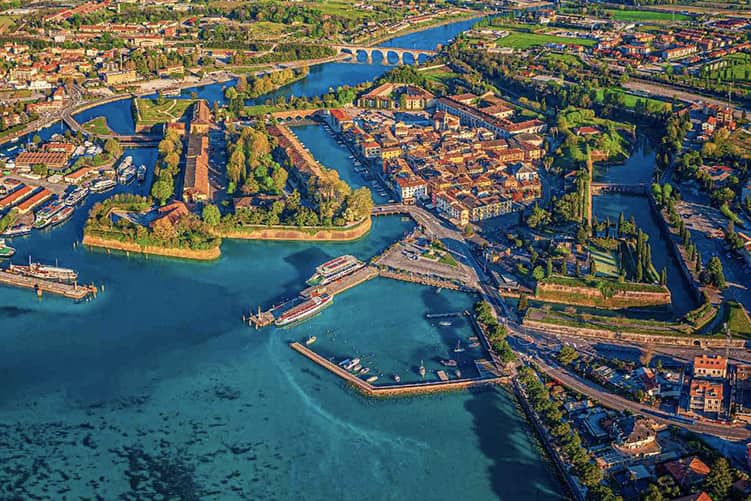 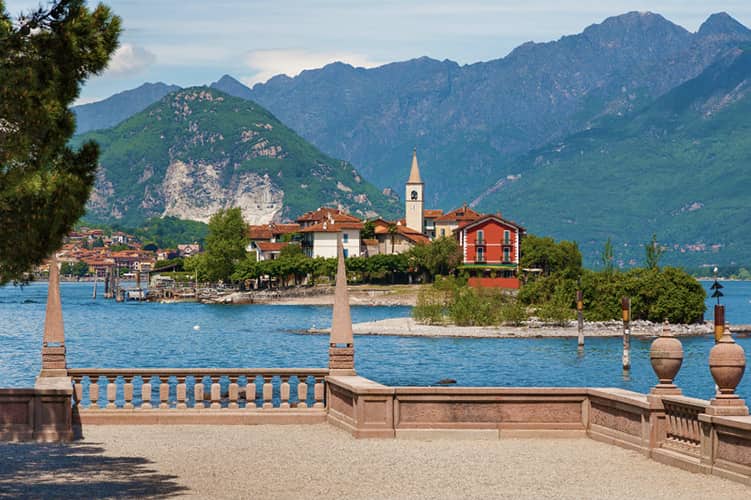 On the western side of Lake Maggiore you will visit Stresa, one of the most interesting lakeside towns in north western Italy. It's defined as a paradise by all visitors, given the opportunity to stroll along the lake through the public gardens that offer not only a splendid color to the town, but also a great physical and mental well-being to those who allow themselves a few hours of relaxation on the shores of the lake. Stresa isn't only famous for the extreme care of the entire surrounding area, but also for the presence and the possibility of easily reaching the Borromean Islands: a group of three historic islands on which villas and gardens of enormous value reside, which still exist today are in a state of perfect conservation. Moving further west, not far from Stresa, you will reach the shore of Lake Orta and visit the town of Orta San Giulio: a small and delightful Piedmontese village that mirrors its historic center on the homonymous island just a few meters from the shore. 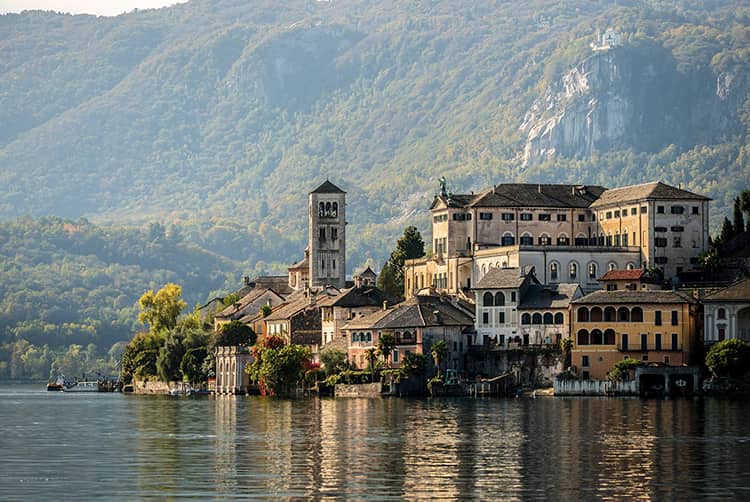 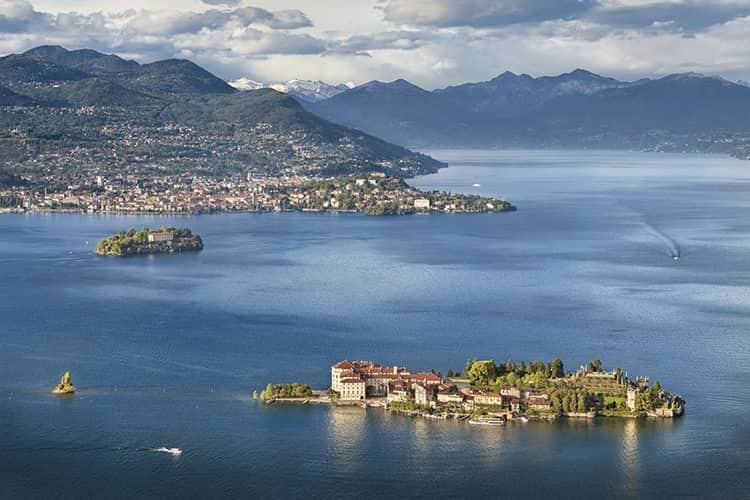 You will continue north and crossing the border with Switzerland you will discover Lugano, located on the shore of the lake of the same name. Traditionally very close to Italian culture and in fact located in a geographical area called Italian Switzerland (or Lombardy Switzerland), Lugano is the sovereign of the Canton of Ticino: a flourishing place from an urban point of view but which maintains its interest in the right balance. between economy and nature, a harmonious cohesion between two distant elements, which you will also find in Locarno, the second location of the small tour of Italian Switzerland, located on the northern shore of Lake Maggiore. Both Locarno and Lugano present themselves as fascinating places to spend a day in total well-being, strolling along the lakefront and above all through the parks scattered in the center of both locations. 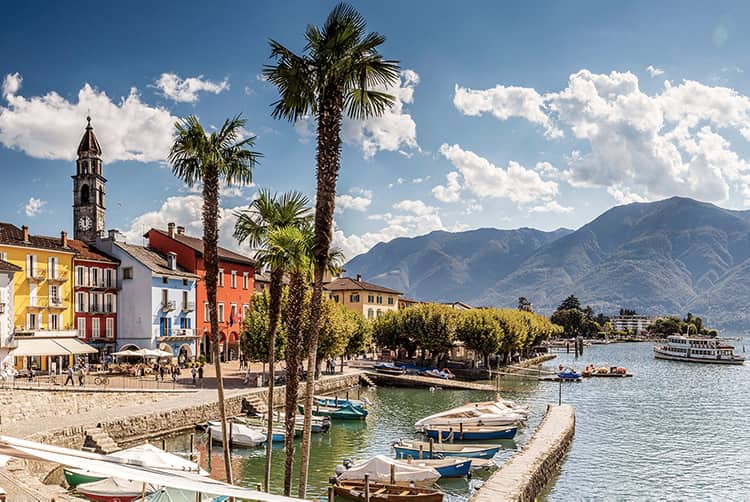 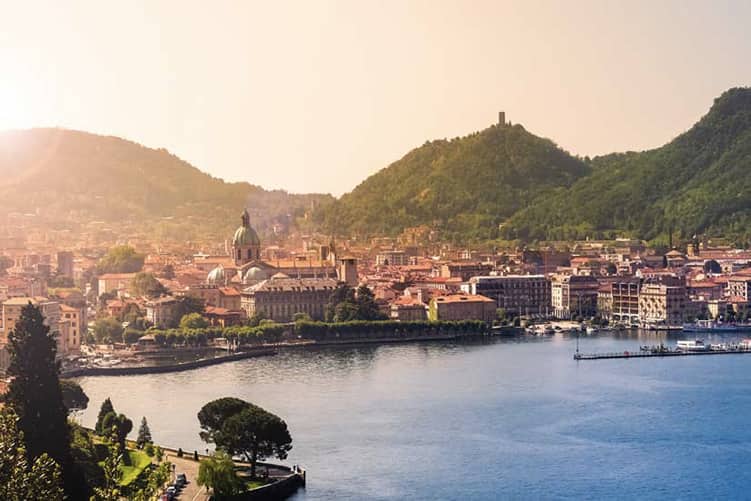 A visit to the lakes of Italy cannot exist without including the magnificent Lake Como, with an obligatory stop at the lakeside and the historic center of the city from which it takes its name. Not far from Italian Switzerland and geographically just north of Milan, Como is the main lake city in Italy, being the largest and most populated city center on a lake. Its primacy derives not only from the great cultural but above all naturalistic offer, given the possibility for every adventurer to be able to take paths that branch off from the city center in every direction. Como is therefore a complete destination, coveted by numerous stars of the international show and also identified as the starting point for numerous excursions to the nearby Alps, to Italian Switzerland, and to discover the shores and places that overlook Lake Como itself (which in a few days can be visited entirely on foot or even by bicycle), such as Bellagio, a picturesque and colorful town located at the foot of a small promontory in the center of the two water arms of the lake that branch south on both sides. 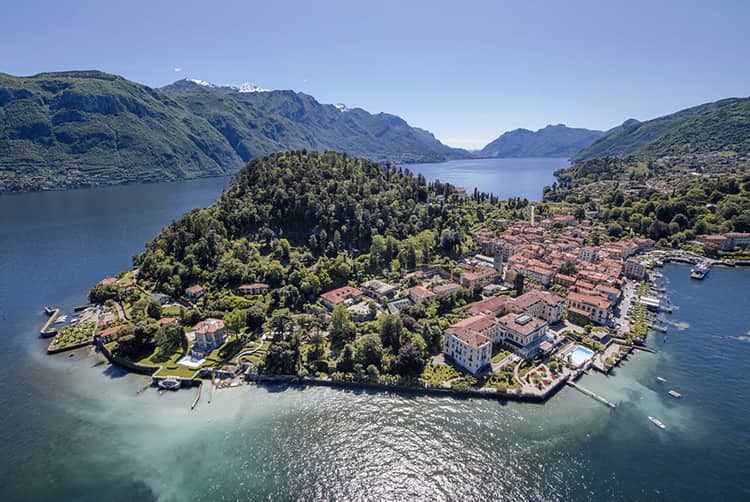 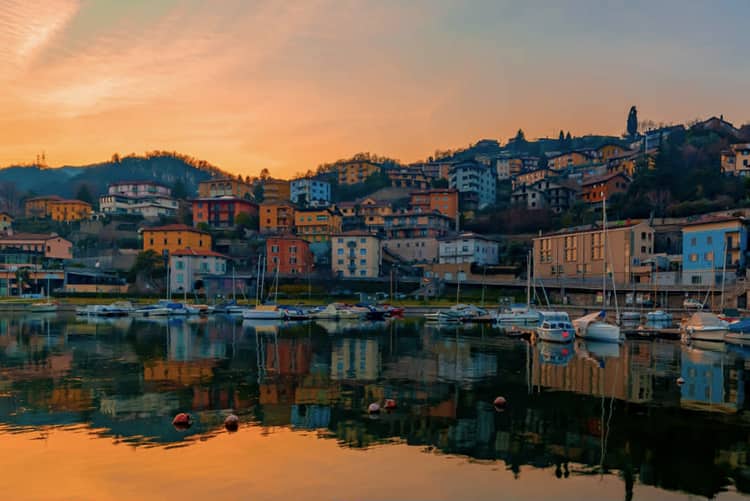 The tour continues eastwards, at the gates of Lake Iseo, passing through two of the most interesting villages in the Bergamo area: Lovere and Peschiera Maraglio. On the northern shore of the lake you will visit Lovere, a splendid locality between the mountains and the shores of the lake, and next Peschiera Maraglio, a locality on the island of Monte Isola, the largest island of Lake Iseo as well as the largest lake island in Italy and of southern and central Europe. By ferry you will arrive in a few minutes at the place and you will visit the ancient fishing village observing the suggestive picturesque panorama it offers. 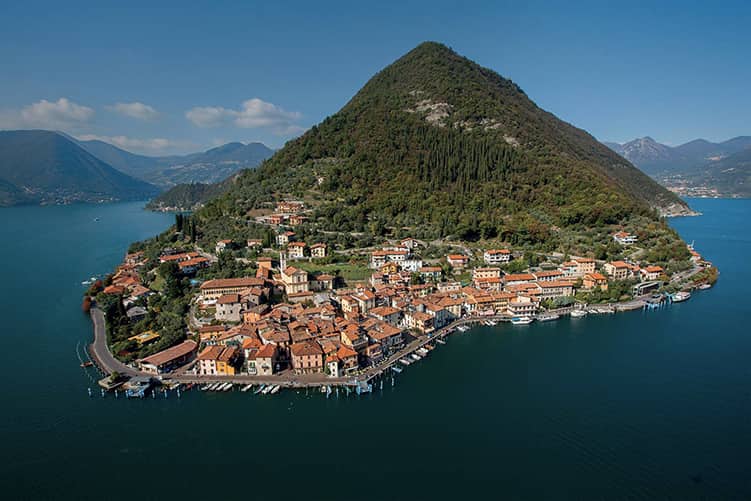 Tour of the northern lakes of Italy

During the visit of the lakes and the most interesting locations of the entire lake areas, there will be excursions to the major nearby cities such as Verona, Mantua, Milan, Bergamo and Brescia: a journey aimed at discovering places to love all year round, characterized by both a great naturalistic heritage alternating with places with an admirable cultural and architectural heritage. Discover the Italian Lakes Tour and make a note for your next trip. Discover the Italian Lakes Tour❯