The beauties of Calabria: the fortress of Le Castella

One of the largest regions in Italy and full of riches, Calabria has a huge cultural heritage including castles, museums and works of art of great importance. 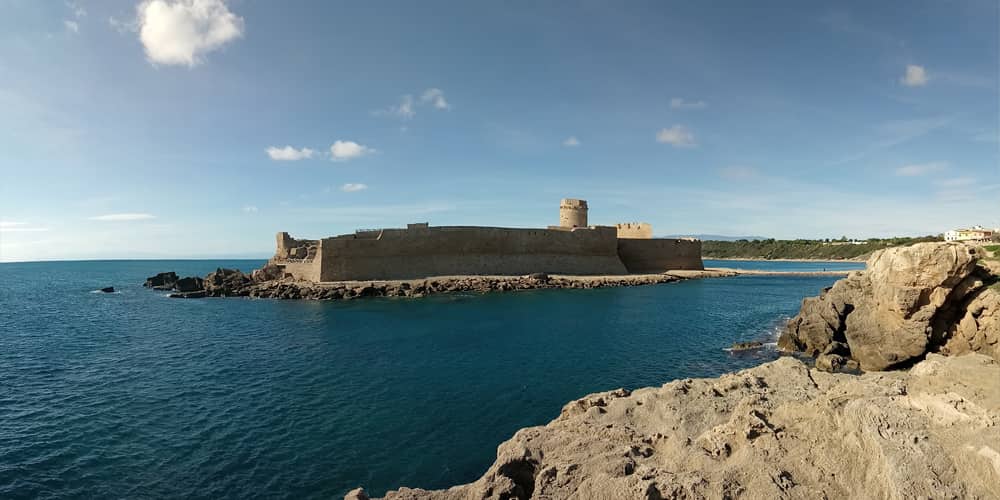 Calabria is one of the largest regions in Italy and has a very large historical and artistic heritage. One of the beauties of Calabria fits into this panorama, the Aragonese castle of the island of Capo Rizzuto, the fortress of Le Castella.

The fortress of Le Castella stands on a small strip of land facing the island of Capo Rizzuto and in all its majesty stands on the homonymous natural reserve. The current composition is the sum of a historical overlap of several centuries.
The fortress was probably built in the Hellenistic age as a military outpost. The dating dates back to the construction around the 4th and 3rd century BC. thanks to the presence of a wall found on the seabed under the fortress.
The fortress as we know it was built by Aragonese and Angevins and never hosted the nobility of the place. The cylindrical tower stands inside the fortress and is of clear Angevin derivation, inside which it is characterized by a stone spiral staircase that connects all the floors of the tower. Towards the end of the fifteenth century, the fortress of Le Castella passed into Aragonese hands.
The most significant year is 1496 when King Frederick of Aragon hands over the fortress to Count Andrea Carafa who in the following years fortifies it with powerful rammed bastions. The changes in the Angevin and Aragonese periods are the most significant and have been brought to light by a skilful restoration.
In one of the rooms of the fortress of Le Castella, it is possible to admire in all its beauty the protected marine area of ​​the Saracen coast, thanks to an underwater camera that 24 hours a day captures one of the most beautiful and unspoiled seas in Italy: the sea Ionian.
The fortress of Le Castella is an experience to try for everyone and that makes it a unique place in the whole region. Hurry to visit this Italian pearl.