The 7 most instagrammed places in Italy

Some of the most loved places by tourists, where to take iconic images to be published on the well-known photographic social network.

Each place an emotion

Social networks have changed the way we live and plan holidays. If once the inevitable travel companion was the camera, today the smartphone has almost completely replaced it. In the era of images and their sharing, millions of photos of iconic places go crazy on social media. But what are the most particular ones to publish on Instagram? We have selected for you seven, from north to south, to immortalize emotions on the way.

7. The Vertical Forest of Milan

One of the most iconic places in Milan, a skyscraper considered among the most charming in the world, which combines aesthetics and biodiversity. Its photos are very popular on Instagram, in fact there are over eleven thousand shots accompanied by the hashtag #boscoverticalemilano. In 2015 this particular construction, consisting of two towers of 80 and 112 meters, was awarded the prize for the most beautiful tall building in the world. What makes the Vertical Forest special? The presence of 800 trees, 15,000 perennials and ground cover plants and 5,000 shrubs. Those who love lake landscapes cannot miss the shots of Lake Braies, in Trentino Alto Adige. It is located at 1494 meters above sea level, extending for 31 hectares, with its bright turquoise color, against the backdrop of which the Croda del Becco massif stands out. On Instagram, there are over 360,000 photos with the hashtag #lagodibraies, a gallery of emotional photos from which you can certainly get inspired.

Napoleon Bonaparte called it "The most beautiful hall in Europe". Piazza San Marco is synonymous with elegance and sociability and is also very popular on social networks. On Instagram the hashtag #piazzasanmarco has over 448 thousand photographs, every corner of this square is portrayed, creating a gallery of images of great beauty.

The Pisa's Tower is one of the most particular monuments in the world: its slope makes it an attraction to see and photograph. On social media, photos of people in the act of "lifting it" are very popular. This Romanesque-style bell tower in marble and rock is perfect for photo galleries on Instagram, today there are over 180,000 posts with the hashtag #torredipisa.

3. The Colosseum in Rome 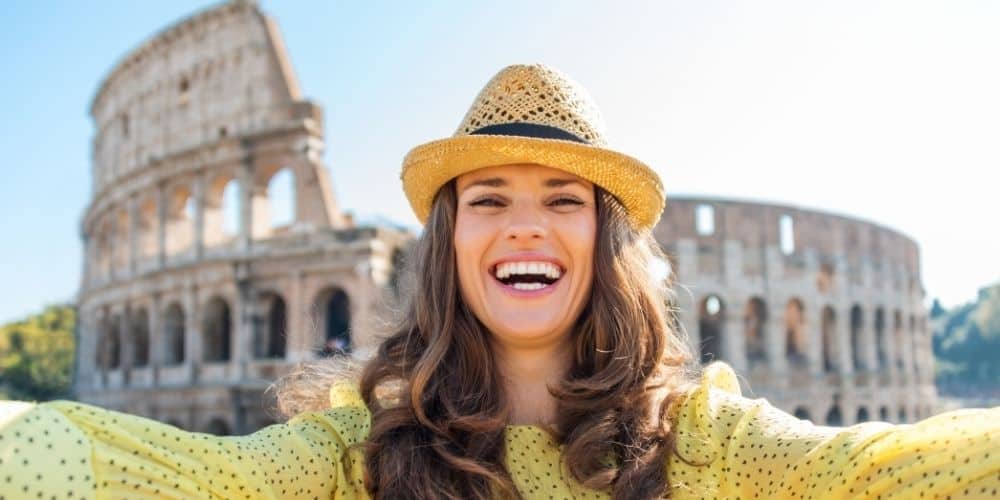 One of the symbols of the Eternal City, immortalized by over a million shots on Instagram. The Flavian Amphitheater, inaugurated in 80 AD it is located in the archaeological heart of Rome and thanks to its grandeur it reminds us of the greatness of the city over the centuries. Anyone visiting Rome cannot help but take a picture of themselves together with the legendary Colosseum. On Instagram the shots that portray the Colosseum, with the hashtag #colosseo are over one million and five hundred thousand. 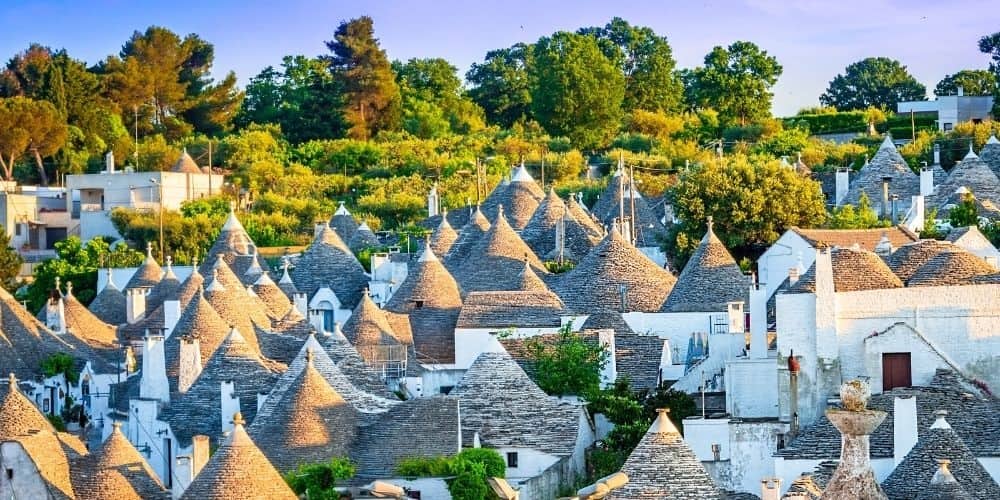 It looks like a fairy village, where the white of the walls and the gray of the particular roofs of the Trulli predominate. Alberobello has been a Unesco World Heritage Site since 1996 thanks to its rural architecture, which also makes it a particularly popular destination for Instagrammers. There are over 584 thousand shots published on Instagram with the hashtag #alberobello that portray the Apulian town.

1. The Scala dei Turchi in Sicily

A cliff that seems to belong to another planet: white and enchanting, caressed by the blue sea. La Scala dei Turchi in Sicily is one of the most loved places by photography enthusiasts. On Instagram there are over 198 thousand shots with the hashtag #scaladeiturchi, by clicking on which, you find a gallery where the particular living cliff creates a unique landscape.