The 5 most spectacular bridges in Italy

Bridges are one of the constructions that have always challenged the ingenuity and creativity of human beings. "Every bridge should unite two shores. Usefulness and beauty" wrote the Polish poet Stanislaw Jerzy Lec, and it would be hard to find a better quote to sum up the function of the bridge. Let's cross the 5 most spectacular, special and ambitious bridges in Italy.

Also known as the Devil's Bridge, the Ponte della Maddalena crosses the Serchio River in the province of Lucca. The spectacular nature of the bridge lies in its unique profile, with one arch larger than the others, which creates a difference in height and gives the structure an unusual shape. The almost inhuman appearance of the bridge has inspired great artists who have made it the subject of their works and stories. There are many legends surrounding the Devil's Bridge, one of which states that the bridge was built by San Giuliano who, unable to complete the work, asked the Devil for help in exchange for the first soul to cross the bridge. San Giuliano managed to mock the Devil by luring a dog with a piece of focaccia, and it is still possible to see the soul of the poor animal wandering on the bridge on October evenings. Admiration and amazement are the feelings you get when you see the work. 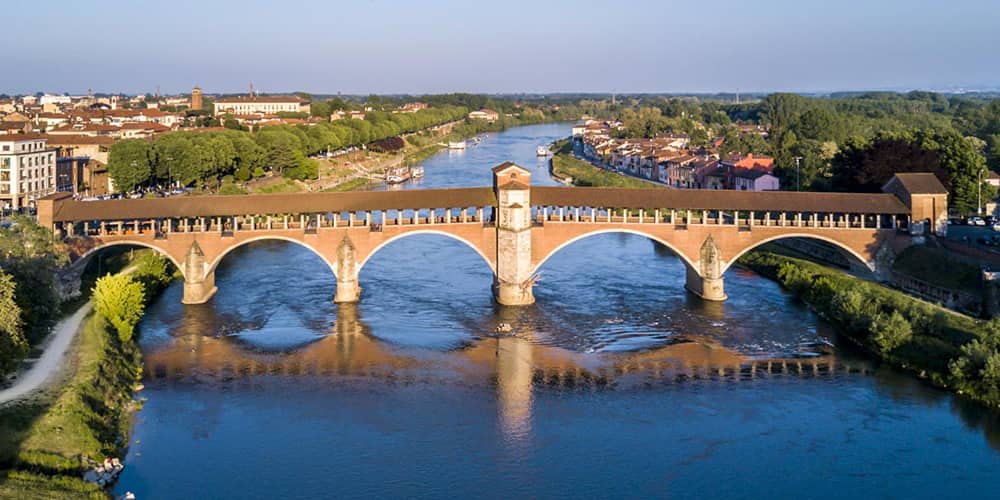 The Covered Bridge is one of Pavia's symbols. It crosses the Ticino river and connects Borgo Ticino to the historic centre of the city. It consists of five arches and is completely covered, and has a small religious chapel located in the centre of the structure. The architecture stands on the ruins of an ancient Roman bridge and was built in 1352. Over the years it has undergone several changes and was seriously damaged during the bombing of 1944. The bridge that stands today was entirely rebuilt in 1949 in the image of its predecessor and represents one of the most spectacular connections in the Bel Paese. 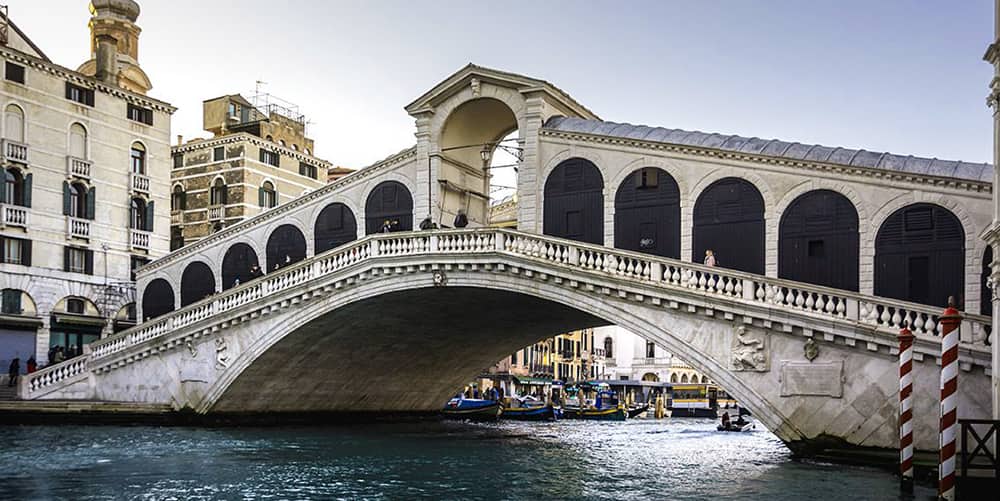 Perhaps the most famous bridge in the world, the Rialto Bridge needs no introduction. It spans the Grand Canal in the city of Venice. The bridge is one of the countless architectural wonders of the Serenissima: it was built between 1588 and 1591 and consists of a single stone arch. The ascent is divided into three ramps: a central one 10 metres wide and two lateral ones 3 metres wide. The magnificence of the Rialto Bridge attracts a large number of visitors every year who can't wait to cross this unique work of art. 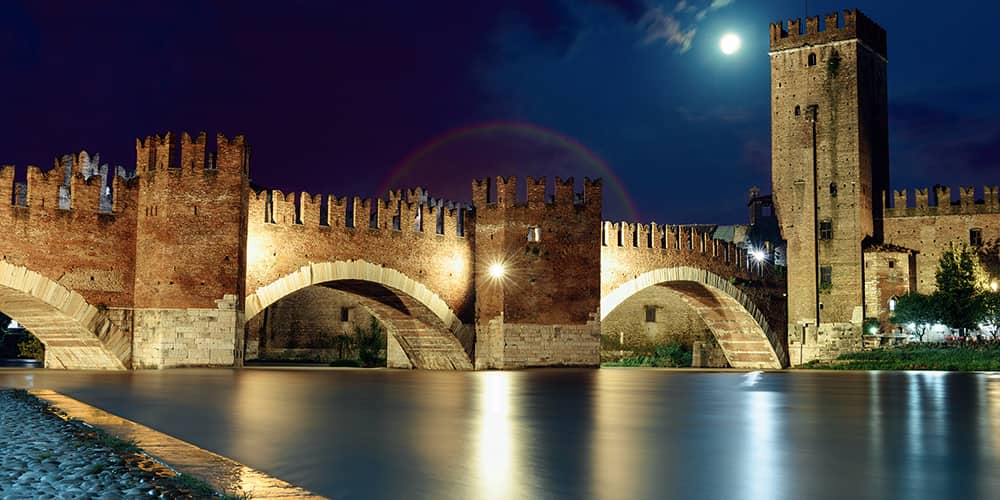 Known as the Scagliero Bridge, the Castelvecchio Bridge is a military structure located in Verona and crosses the Adige River. The bridge was built between 1354 and 1356 and it is considered Verona's medieval masterpiece. Towards the end of World War II, all bridges in Verona were blown up by German soldiers. Castelvecchio wasn't spared, so in 1949 work began to rebuild the bridge, which was completed in 1951. The complex structure consists of three arches, the lower part is made of stone while the remaining part is made of terracotta, a material that characterises all medieval buildings in Verona. Along the path of the bridge there are walkways and loopholes and it is defended by an imposing castle and tower. 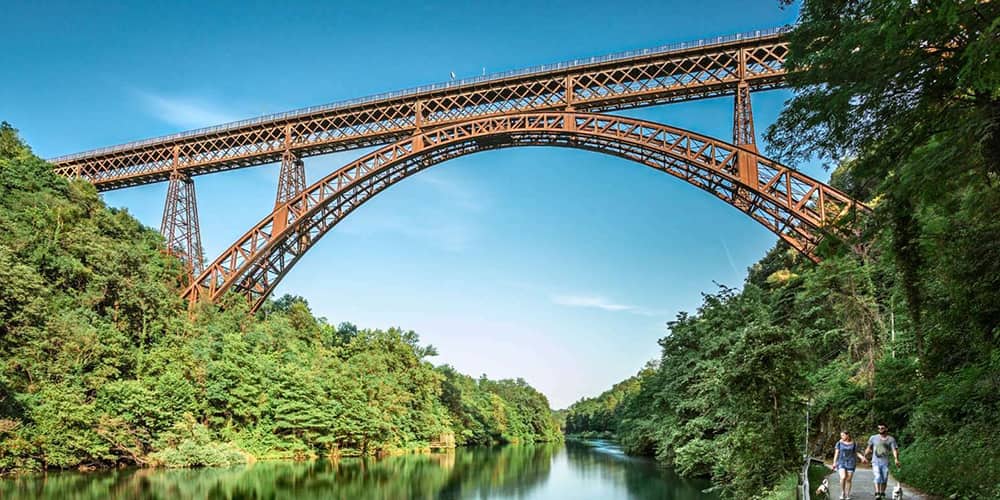 Above the river Adda, between Paderno and Calusco, you can admire the spectacular San Michele bridge. An enormous arch-shaped iron structure spanning a gorge in the river, it is considered one of the symbols of Italian industrial archaeology. The bridge was built in 1887 and is used for both road and rail traffic. It is 267 metres long and 85 metres high and is made of more than 2000 tonnes of iron and about 100,000 nails. San Michele is one of the most ambitious engineering works of the 19th century, its structural importance comparable to that of the Eiffel Tower, the symbol of Paris and industrial triumph.