Spello: town of flowers and olives

The Olive Groves of the Slopes Assisi-Spoleto, a world heritage.

Among the beautiful valleys and hills of Umbria, there is a 40 km strip of land over 40 km long that FAO — United Nations Food and Agriculture Organization — has recognized as an agricultural heritage of global relevance. This is the Olive Groves of the Slopes between Assisi and Spoleto: nine thousand hectares of land along the Spoletan Valley at the foot of the Apennines Mountains Chain. Over here, one of the most important elements of the local culture and agriculture reigns supreme. A million and a half of olive trees decorate and perfume this area from centuries, and day after day it keep leaving open-mouthed who admires and crosses it. Among the branches of these magnificent and ancient inhabitants of the ground there are more than four thousand companies, almost all family-run, and churches, abbeys, castles, and villas. All of them are part of some of the most beautiful towns you can find in Umbria: Assisi, Spello, Foligno, Trevi, Campello sul Clitunno, Spoleto. 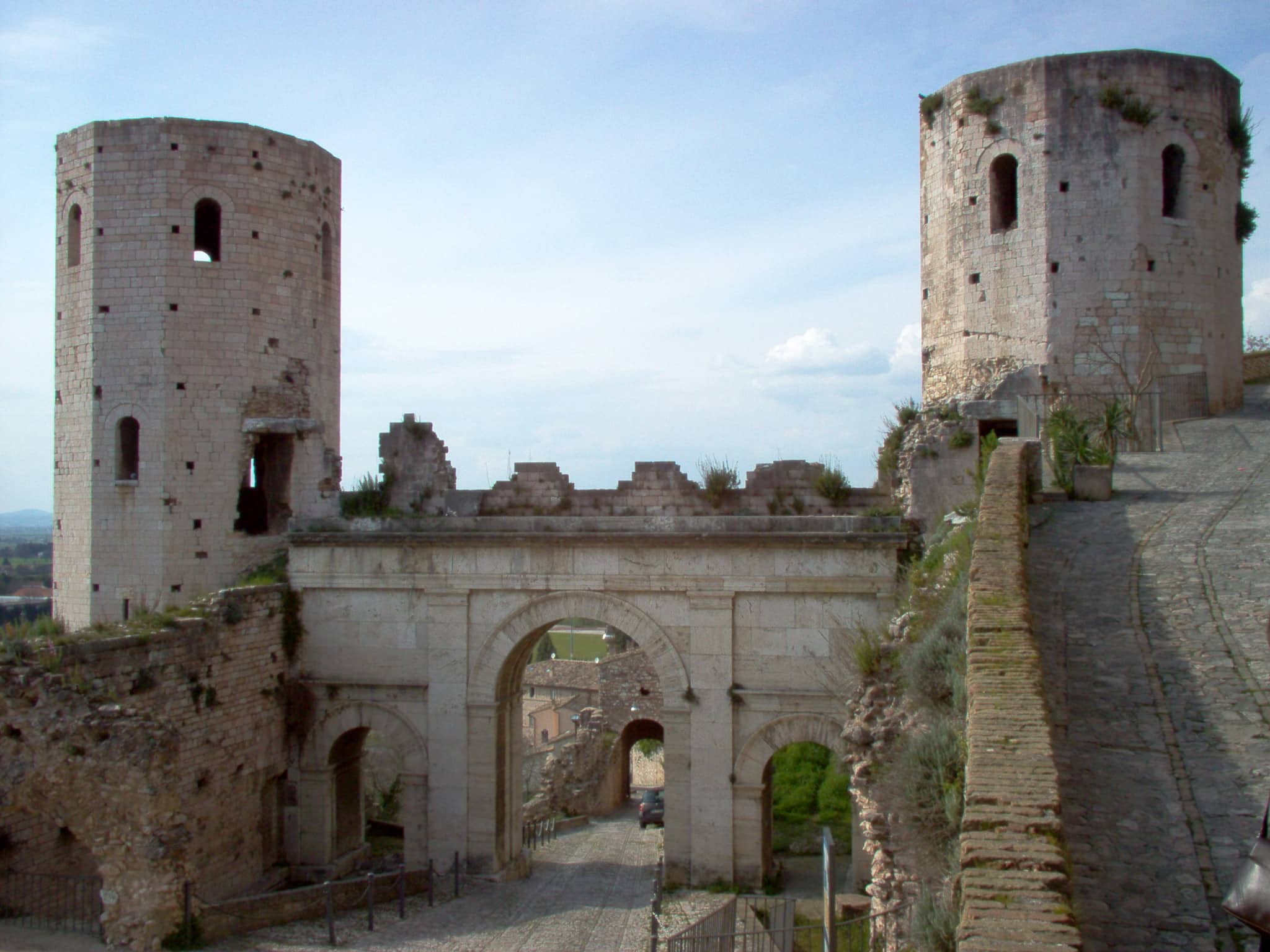 The roads and paths that go through the shade of the olive trees connecting the villages of the Valley, are the same that men have been riding for centuries. Along the route between Assisi and Foligno, so many times walked by St. Francis of Assisi and his friars, on a rounded hill, rises the town of Spello, whose profile seen from the valley is unmistakable for kilometers and kilometers, especially when at sunset houses and fortresses made of Mount Subasio Pink Stone turn into fiery red. Spello is one of the few settlements that has developed almost entirely within its ancient walls, first raised by the Romans in the Imperial Age and then extended in the Middle Ages. If you enter the city walls from one of the three monumental city gates, you can set off on a real journey through time, in which you can admire beautiful churches like St. Andrew’s, built in 1258 and home to a community of Friars Minor, S. Lorenzo’s with the suggestive loggia and the decorative elements dating back to the eighth century. If you want to go back even further, you can visit a Roman Villa dating back to the 1st century, on which an inscription suggests that house belonged to Vespasia Polla, mother of Vespasian, fourth emperor of Rome.

Scents and flavor in Spello 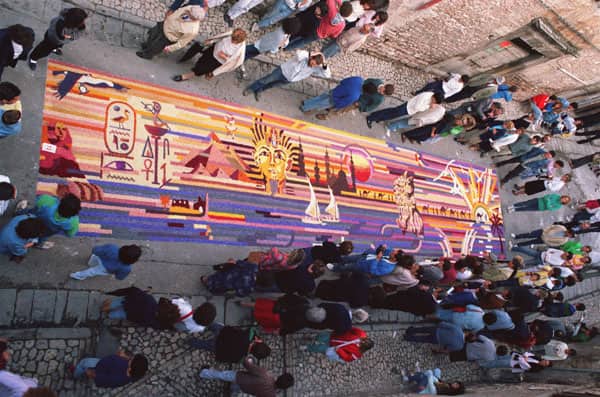 But even just a stroll through the cobbled streets can be a unique and multi-sensory experience. The flowers decorate every corner of the old city. Between May and June flowers invade the city thanks to the historic Infiorata of Corpus Domini, that transforms the streets of the medieval village into a spectacular carpet of flower petals that exceeds 1.5 km representing pictures of sacred scenes.

All around the city the scent of flowers merges with the one of food and — of course — oil, the lifeblood of this land and an essential element of every traditional dish of the city. In a restaurant located just outside the walls, called Il Vecchio Opificio, you can still experience the authentic flavors of the area, thanks to dishes like the Cicerchie pureed soup, made with the oldest legumes ever cultivated by man, pasta with truffles, other precious fruit of this land, and escargots with tomato sauce. Anyway, you can visit Spello for a short walk or you can stay longer, but this village and its silhouette, lying round on the hill, will hardly be erased from your memory.