Sanremo, not only Festival: what to visit in the Ligurian city

Sanremo, in the province of Imperia, is a pearl of rare beauty that deserves to be visited. History, sea, nature, and music come together in this Ligurian city. The City of Flowers is known in Italy (and beyond) for the famous Italian Song Festival, which for years has established itself as the leading musical event in Italy. Here are the attractions not to be missed in Sanremo.

The oldest religious building in San Remo, the Cathedral of San Siro is located in the historic centre of San Remo. The church was built in 811 A.D., according to the tradition, the bishop Siro, who later became a saint, used to celebrate the mass in the Cathedral. Inside the religious building are works of art by Anton Maria Maragliano, such as a valuable crucifix and the statue of the Madonna del Rosario. Another work that attracts the attention of visitors is the black crucifix, the work of an unknown author. The crucifix is linked to a miraculous event dating back to 1543, when the town militia of Sanremo defeated the Saracens in the Battle of Parà. There is an imaginary thread linking San Remo to Russia. Since the time of the Kingdom of Italy, the Russian nobility has chosen San Remo as their favourite holiday resort. Attracted by the mild climate, the sea and the beauty of the historic sites, even Tsarina Maria Aleksandrovna and the Empress of Austria, Elisabeth of Bavaria, decided to spend most of their holidays in Liguria. As the Russian community grew, it was decided in 1912 to build an Orthodox church in the Russian style. Known today as the Russian Church, the building stands at the beginning of the Empress' Promenade, named after Maria Aleksandrovna, and a short walk from the Casino. The traditional round domes, typical of Russian architecture, have become one of the symbols of San Remo. 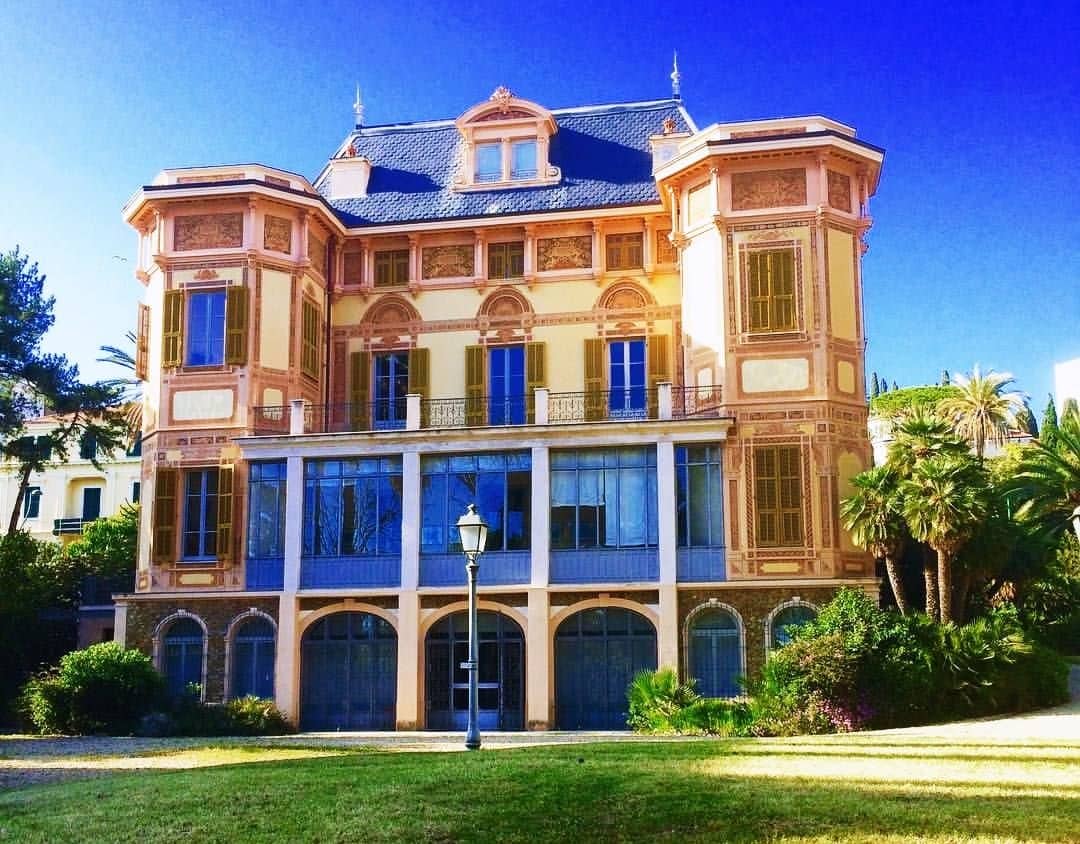 The Swedish scientist Alfred Nobel, the inventor of dynamite and the world's most important prize for science, decided to move to San Remo at the end of the 1800s. At the time, the Western Riviera was one of the most famous places in the world, and it was here that Nobel set up a laboratory to study the invention of dynamite. The scientist's residence is known as Villa Nobel, a spectacular house built in the Moorish style. The building houses the 'Discover 800' exhibition, which celebrates Nobel's role in the scientific world and his inventions.

La Pigna is the name given to the old town of Sanremo. A labyrinth of alleys, stairways, arches and covered passages that preserve the town's medieval charm. The centre of La Pigna is Piazza San Siro where the homonymous cathedral is located. Strolling through the streets of the centre you can admire churches, small squares and characteristic streets and climb to the top of the Santuario Madonna della Costa from where you can see the splendid panorama from the Regina Elena gardens. 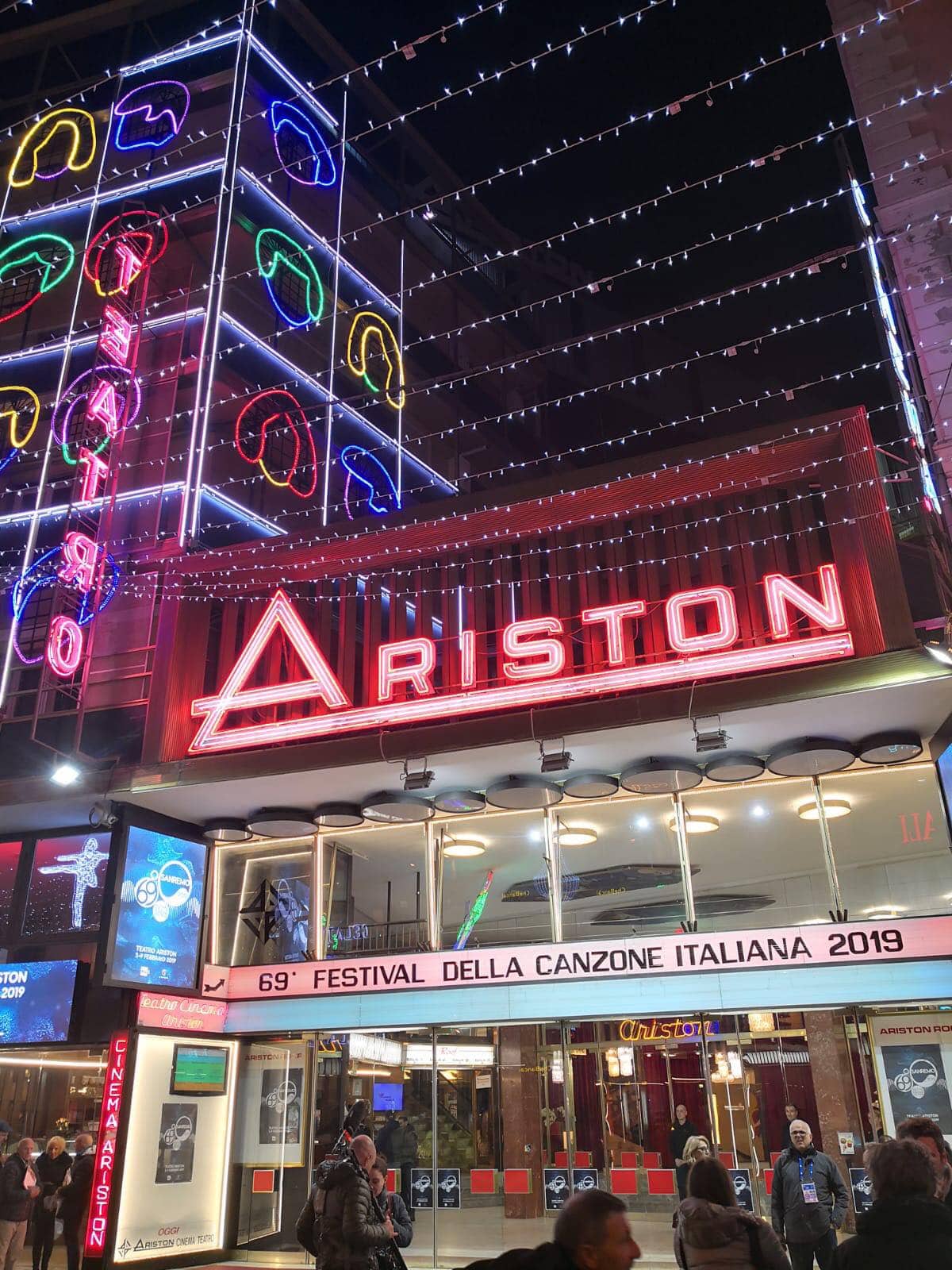 Italy's most famous stage, the Ariston Theatre hosts the annual Sanremo Festival, Italy's most famous musical event. During the rest of the year, the Ariston is a multiplex cinema and theatre that hosts ballets, operas and cabaret. In addition to the festival, other musical events such as the Premio Tenco take place in the theatre. The neon sign has become one of the symbols of Sanremo, a historic and iconic venue that has made Italian entertainment history.

The history of the Sanremo Festival

The Italian Song Festival, known simply as the Sanremo Festival, is the event that celebrates and rewards Italian song every year. In addition to being one of the most-watched Italian events in the world, the Sanremo Festival has become a social event that attracts media attention for a week. The show was born in 1951 thanks to Angelo Nicola Amato, artistic director of the casino, and the journalist Angelo Nizza who decided to organise a competition between singers and songs. The first editions were broadcast live on the radio, while from 1955 it began to be aired on television. Over the years, the annual event has become increasingly popular with the public, both in terms of popularity and television share. It has become the most-watched event in Italy. In 1999, the "Premio alla Carriera Città di Sanremo" (City of Sanremo Career Prize) was established, awarded to musicians and show business personalities who have left their mark. The winning artist of the Sanremo Festival represents Italy at the Eurovision Song Contest. Sanremo is not only music, it is a tradition that embraces all ages, from the oldest to the youngest. Scandals, controversies, and funny jokes have always characterised the approach to the festival and made it an iconic event that celebrates music but offers much more than a competition.