The Royal Palace of Caserta: an extraordinary trip in the Neapolitan 19th century

The Royal Palace of Caserta is placed right at the end of a large garden, and it seems welcoming you, in the motherliest way.

As soon as you leave Caserta train station, you will see something peeping out from the hedge without clearly understand what it is. However, once crossed the road and entering the garden, you cannot be unimpressed by its magnificence.

Harmonious, perfect, elegant, majestic and at the same time welcoming, harsh but sweet: the Royal Palace of Caserta is placed right at the end of this large garden, and it seems welcoming you in the motherliest way and inviting you to discover all its secrets. Its symmetric elegance is so harmoniously perfect to the point that it’s impossible not to be astonished. 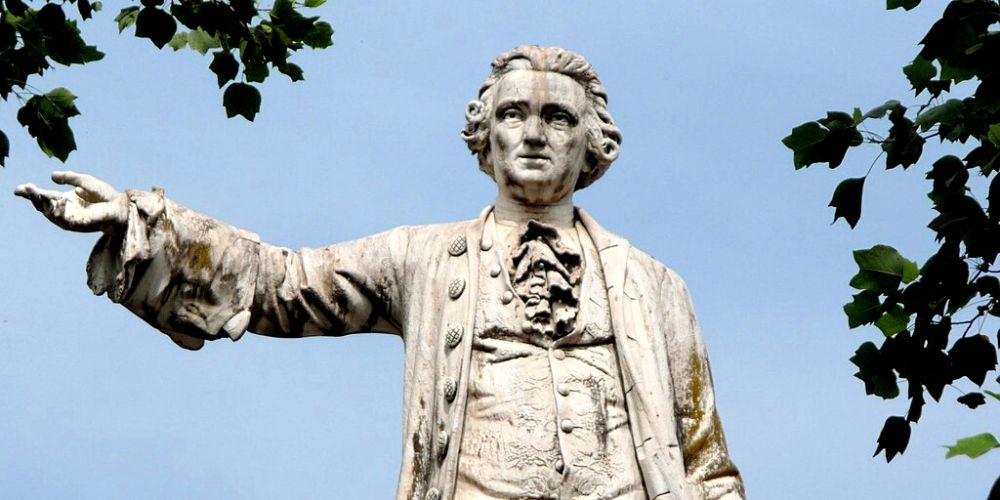 The man who was able to realize this huge work of art still admired by any visitor, is Luigi Vanvitelli: born in Naples in 1700, he expressed all his genius in the project of the Royal Palace, the last work of his life, giving a demonstration of how much he was ahead of his time.

Vanvitelli was designated as the architect of the Royal Palace by Carles III of Bourbon in 1751 who wished to have a new residence outside the city chaos and more secure from a military view-point, thanks to the distance from the coast. Inside of the Royal Palace

Despite everything, the construction was not easy, since, when Luigi Vanvitelli died, the project of the Royal Palace passed to the hands of his son, Charles, who slightly changed his father’s starting idea. The Bourbon family was also facing economic hardships and, for this reason, wished the construction to be completed as soon as possible. 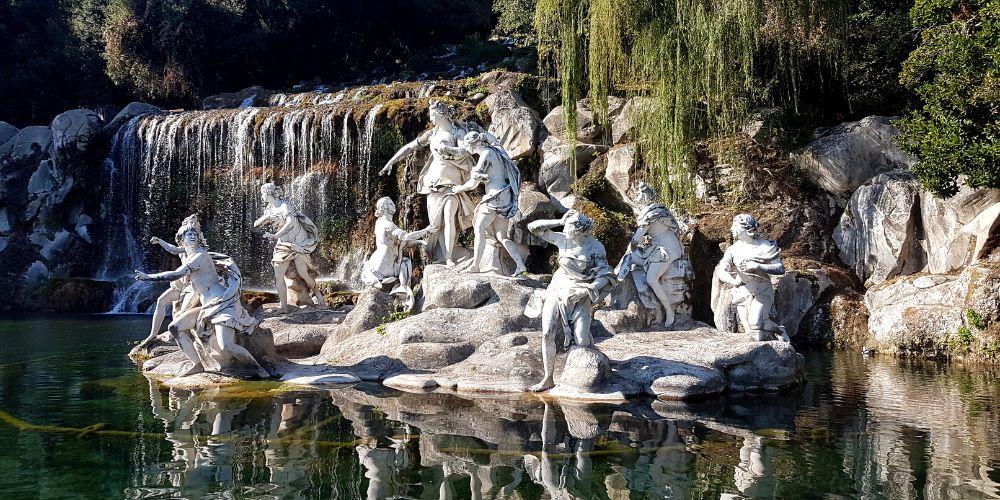 The beauty of the Royal Palace of Caserta regards not only its rooms, but it extends also outside in its park. In fact, from the royal stairs you can already lose your sight in its 3,3km length. The park includes long fish tanks enriched by numerous statues recalling Greek myths, as for example Diana and Actaeon’s fountain. But the diamond tip of the park is for sure the so-called English Garden, created by the well-known gardener John Andrew Graefer following the wishes of the Queen Maria Carolina. 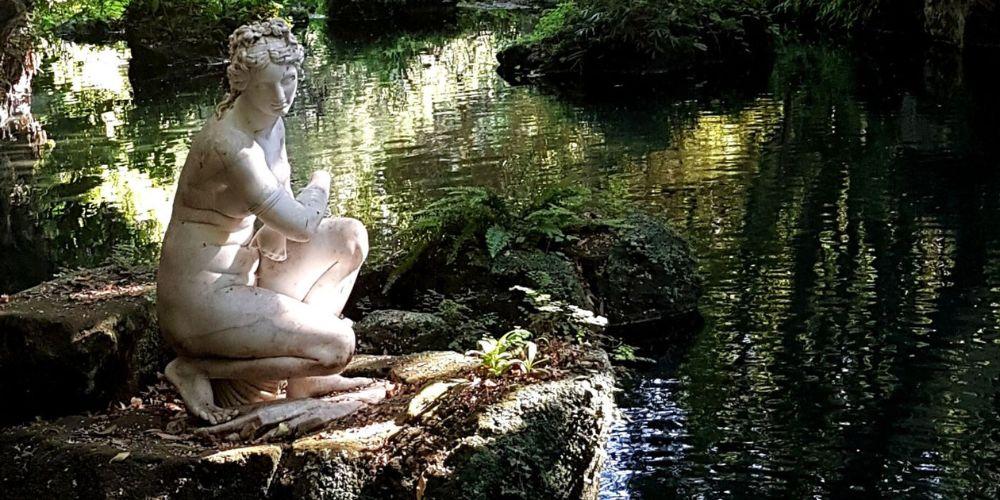 The experience in this Royal Palace is particularly evocative once you get into the Venus’ Bath: a statue made in Carrara marble representing the goddess in the moment she is getting out of her bath. Thanks to the reflection on the little lake’s surface and the ruins, recalling those of Pompeii, you really feel like to be into a miniature of a fairytale’s wood.

Visiting the Royal Palace of Caserta is a totalizing experience: exactly halfway between a time-travel through the rooms of the Bourbon’s court and a fairytale-like experience in the enchanting atmosphere of its gorgeous gardens.