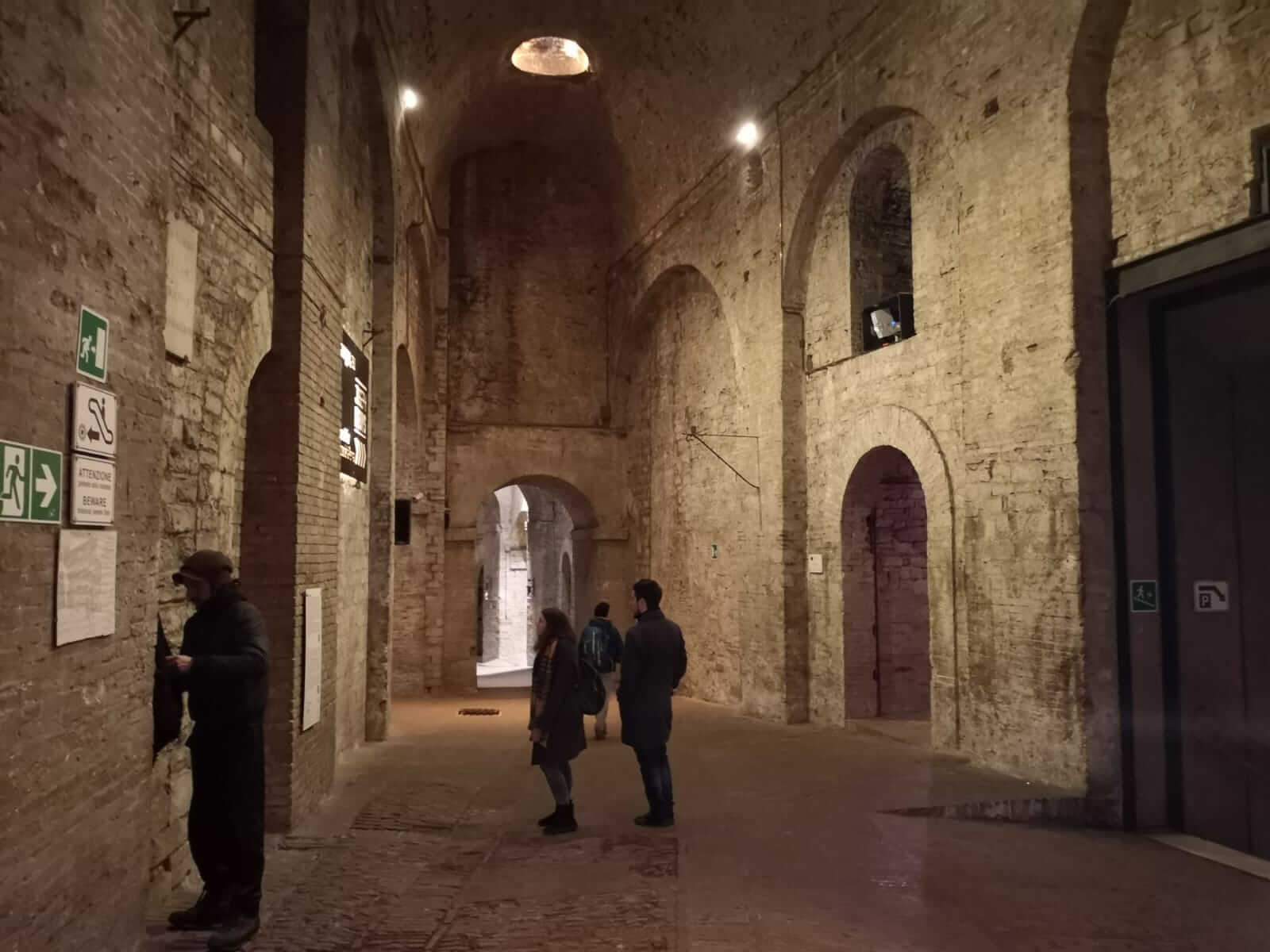 It is one of the symbols of the papal power and it was built in the aftermath of the salt war, in which the Lordship of Perugia lost its privileges and was subjected to the domination of the Pope. We are talking about Rocca Paolina, in Perugia, built between 1540 and 1543 by the will of Pope Paul III Farnese. Those years and the following decades were troubled for Perugia, with the Pope who quelled the uprising known as the “salt war” and defeated the Lordship of the Baglioni, who lived there. For this reason the Rocca Paolina was hated by the citizens of Perugia for centuries and partially destroyed, for the first time, during the revolts of 1848 and then systematically demolished in the decades that follow the Unification of Italy. It was only in 1965 that the underground became the fascinating place we know today.

The really interesting thing about this fortress is the use that has been given to it today: inside it there are some mechanical stairs that lead from one side of the city to another. “Really?! That belongs in a museum... Actually, it should be a museum”! It is a frequent reaction the first time you walk through the fortress, but the truth is that you realize the brilliance of the idea when you live in the city. How often do you go, on purpose, to a museum? How often do you visit this or that church? The Rocca Paolina has 4 entrances that join together 4 parts of the city center and each time you use the stairs you are invaded by the feeling of entering the deepest Middle Ages and by the atmosphere of the power of a city that stands on top of a hill and that was almost impregnable to the Romans.

As we said, the fortress was demolished in the decades that follow the annexation to the Kingdom of Italy and today only the basement of the Papal Palace remains, creating an “underground city” of great mystery. You can visit the Rocca during the opening hours of the escalators, every day from 6.15 am to 1.45 am. Especially beautiful during Christmas time with the market stalls standing along the path that leads to the top or during Eurochocolate, one of the main events in Perugia, scheduled every year in October.