From Padua to Camposampiero, 3 places dedicated to Saint Anthony

Discovering Sant’Anthony from Padua to Camposampiero: along famous stops and unknown places, here the most beautiful and meaningful experiences.

Hundreds of thousands of people flock to the square in front of the renowned Basilica of Saint Anthony in Padua every year. Pilgrims, worshippers, or simply tourists and busy Paduans walk through that square with one thing in common.

If you observe them carefully, they are all looking upwards. Towards the domes and the Gothic lines of the Basilica, towards the imperious statue of Gattamelata, made by Donatello.

And we'll tell you more: whether you are a worshipper or not, that place and that Saint will enter in your heart. And we say "Saint" because that is how he is called here. With affection, like a friend you invite to your family dinners.

We are talking about a Saint who, however, has spent very little time in Padua and, in fact, it would not be correct to call him that way, Saint Anthony of Padua: elsewhere he is known as Saint Anthony of Portugal. For the Paduans, however, this is a negligible detail, and they have continued for centuries to walk around that little square looking upwards.

But what if we told you that this is not the only place in Padua dedicated to Saint Anthony? If you keep reading, in this article we will share with you two more places, and perhaps also something more.

The Basilica of Saint Anthony in Padua: the amazement that leaves speechless

The Chapel of the Relics inside Saint Anthony's Basilica

As June 13 approaches, Padua rediscovers itself traditional. The arrival of the feast of the Saint shakes and animates the streets of the center: it fills alleys and streets, up to Prato della Valle and Piazza Rabin.

However, it is the Basilica of Saint Anthony, with its severe facade softened by Gothic motifs, the true focus of the festival. Destination of thousands of tourists and pilgrims, the basilica looks at the square where the equestrian statue of Gattamelata stands, like someone who has been looking after the city for many years.

This is where, on Anthony's death (on 13 June 1231, precisely), artists from all over the world, called by the Municipality of Padua, gathered to create a temple worthy of the saint.

A synthesis of styles welcomes the visitor: Romanesque, Gothic, and even the Byzantine of the domes that dominate the city from above and are somewhat reminiscent of St. Mark's Basilica in Venice. Here worked names of that standing of Giotto and Mantegna.

And if the outside is already pure wonder, the interiors are even more impressive. The main altar is a masterpiece of the Italian Renaissance. Located in the center of the apse, it is surrounded by a magnificent ambulatory. The signature of the project? And who, if not Donatello? He made the altar, as well as the statues that decorate it.

And if the heart has already turned on discovering one of of the most brilliant jewels of Padua, what will happen with the next place?

A little further North to the Sanctuary of Arcella in Padua

The Sanctuary of Arcella in Padua

If Saint Anthony has never been able to see the masterpiece in which he still rests, it is in Padua, in the place where the Sanctuary of Arcella is built today, that he spent his last few hours.

In Arcella, once a small village on the northern outskirts of Padua, it seems that St. Francis in person, on his return from the Holy Land, stopped to establish a small monastery. The same monastery that later hosted the Saint.

The Sanctuary that today appears small, almost intimidated in the jungle of palaces and buildings in the north of Padua, has a very recent history. Damaged and rebuilt several times, the Sanctuary, called Sant’Antonino, little Saint Anthony, by the Paduans, is now a nineteenth-century construction.

Very simple and austere, slightly reminiscent of the much more famous Basilica, it is a wonderful example of Franciscan Gothic.

There is also continuity in the interiors of the Sanctuary, where the heart of the church, represented by the cell in which the Saint died, is highlighted by a simple statue. A much more silent cult than that of the magnificent Basilica.

And from the silence of the sanctuary in Arcella we are ready to leave for Camposampiero, where spirituality and devotion to the Saint blend into the silence of nature.

From Padua to Camposampiero: the calm that becomes fullness 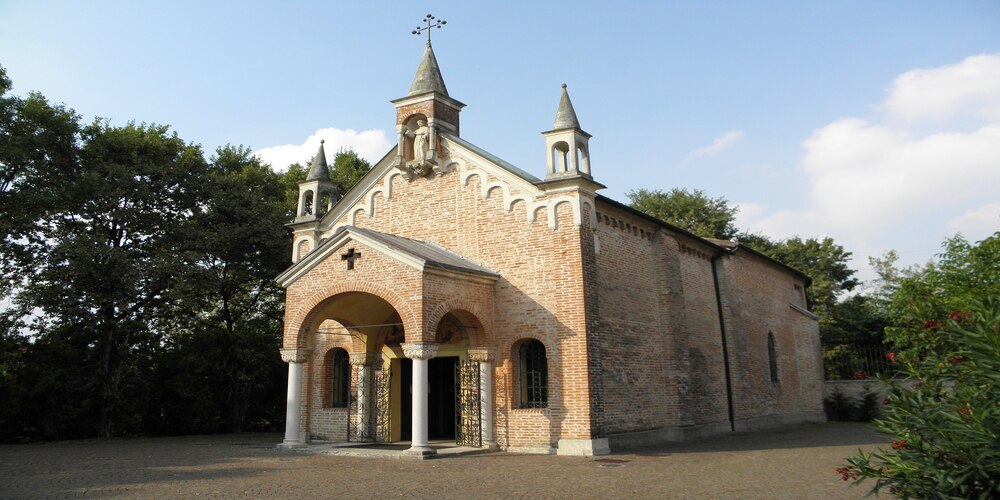 The Sanctuary of the Noce in Camposampiero, Padua

The Sanctuary of the Noce has to be reached slowly and it could not be otherwise.

Once you park your car in the nearest square in front of the Santuario della Visione (literally “the Sanctuary of the Vision”), you will proceed straight to the true heart of Camposampiero.

Walking through the trees along the avenue, we assure you, you will feel in touch with your inner spirit.

On the parallel path, much narrower than the avenue and located to the left, across a small stream, the traveler walks among trees and statues. At this point, a long sequence of episodes of Saint Anthony’s life are brung to life. The sculptures were realized by the artist Romeo Sandrin, during the Jubilee of 2000.

In a few minutes, you’ll reach something really precious hidden to the eyes and the heart of the careless passerby. The small Sanctuary of the Noce is at the end of the avenue, next to the Monastery of the Clarisse (Poor Clares).

In this peaceful setting, it’s possible to admire the church, which was expanded three times during the centuries, maintaining its simple facade.

The Interioris of the Sanctuary of the Noce in Camposampiero, Padua 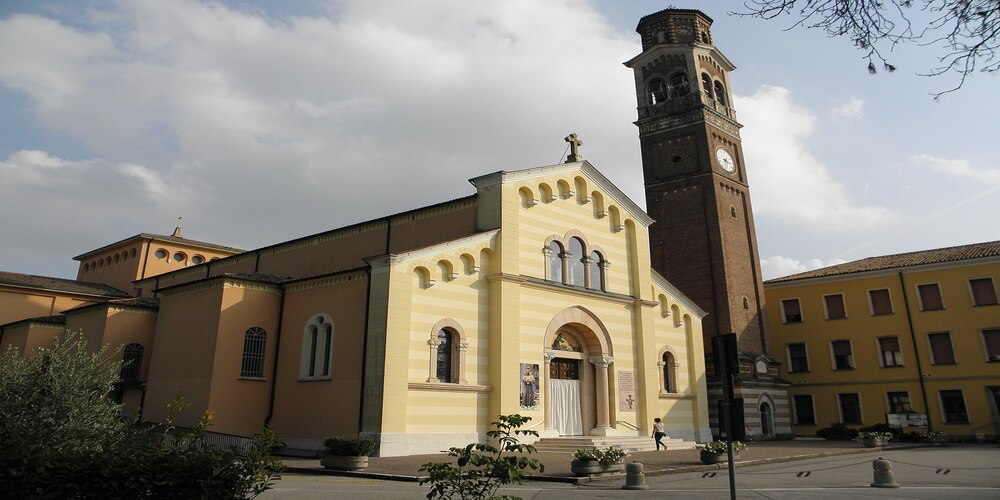 The church was built under Gregorio Camposampiero in 1432 in the same place where it was said to be the walnut tree from which Saint Anthony used to preach to his people.

The interior retains the same peaceful and simple feeling of the outside. You will feel absorbed by authenticity and grace.

At the same time, we can’t forget to tell you of the true treasures that are preserved inside. In fact the church was frescoed in the middle of the XVI century by a well known painter from Padua known as Girolami Tessari, aka “Dal Santo”. The walls, as for the pathway outside, tell the story of the Saint. Among the 10 beautiful frescoes, The Walnut Miracle stands out.

And while the eyes are wandering inside the church, they’ll surely meet the bottom of the church separated from the rest of the sanctuary by a gate. It’s the place for the altar and where the Poor Clares usually come to pray.

The visit to the Sanctuary is a silent moment when just the heart can speak.

While going back to your car, please do not forget to take a moment to explore the near Sanctuary of the Vision, where a beautiful painting by Andrea da Murano is preserved (1486).

And that's the last jewel we'll share in this article regarding the place of Saint Anthony in Padua.

In this Sanctuary, in fact, there's the cell in which Count Tiso had a vision of the Infant Jesus in Anthony's arms.