Did you know that Rome's parks make the city truly special? Discover it with us.

When you think about Rome you will probably think of its enormous history, its role as the center of Western culture, and at the same time a modern metropolis. Did you know that among its historic streets, and its immense monuments, Rome is also a treasure trove of beautiful public parks and green areas? Places where you can cool off in the summer and get sweetly lost in the winter.

You will then discover that the city of Rome is particularly rich in public parks and that citizens love to spend their free time outdoors, even better if by bicycle. Here are the most beautiful parks in the city, all to be loved and discovered. 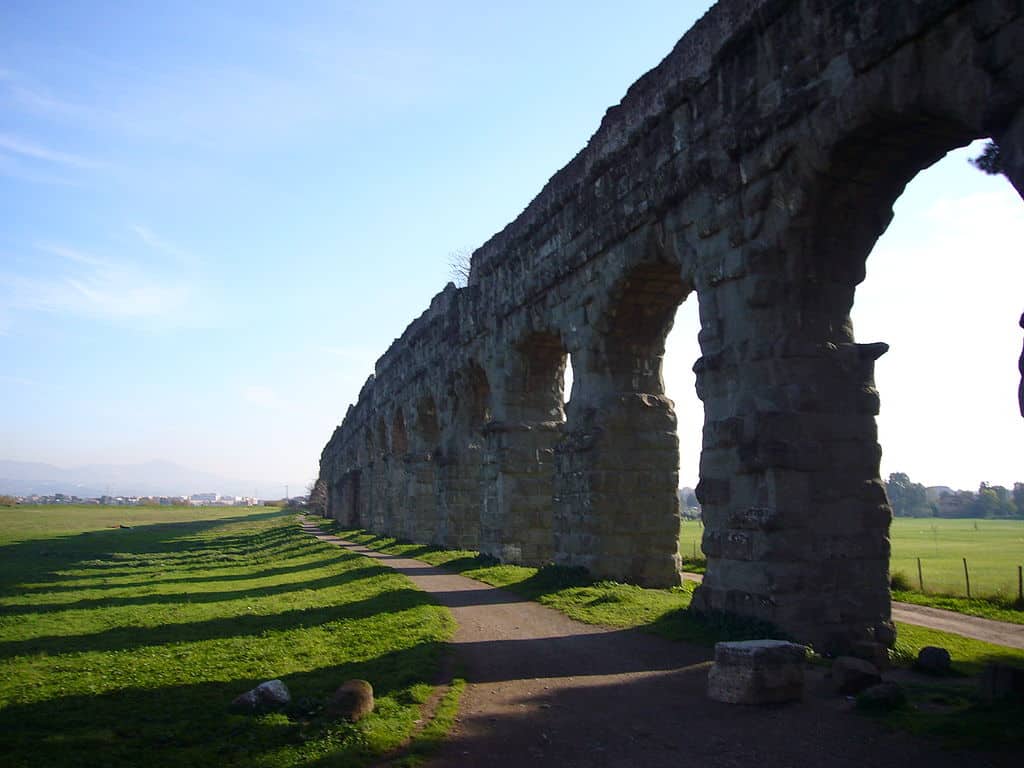 Our journey begins at the Appia Antica Regional Park. We are talking about the largest urban park in Europe that covers an area of almost five thousand hectares in the cities of Rome, Ciampino, and Marino.

This park is a place that combines nature and history. It is also a gradual transition between the center of Rome and the Alban Hills, a unique combination of archaeology and views of varied beauty.

The park integrates the ancient Via Appia and its surroundings in about 16 kilometers crossing the valley of Caffarella, the archaeological areas of Tor Fiscale, the tombs of the Via Latina, the Tenuta di Tor Marancia and much more.

There are many macro-areas of which the park is composed, gardens are always free while the monumental areas are subject to payment of a ticket.

This huge Roman park is a continuous journey through history that reminds you that Rome is not only Colosseum and Imperial Forums. 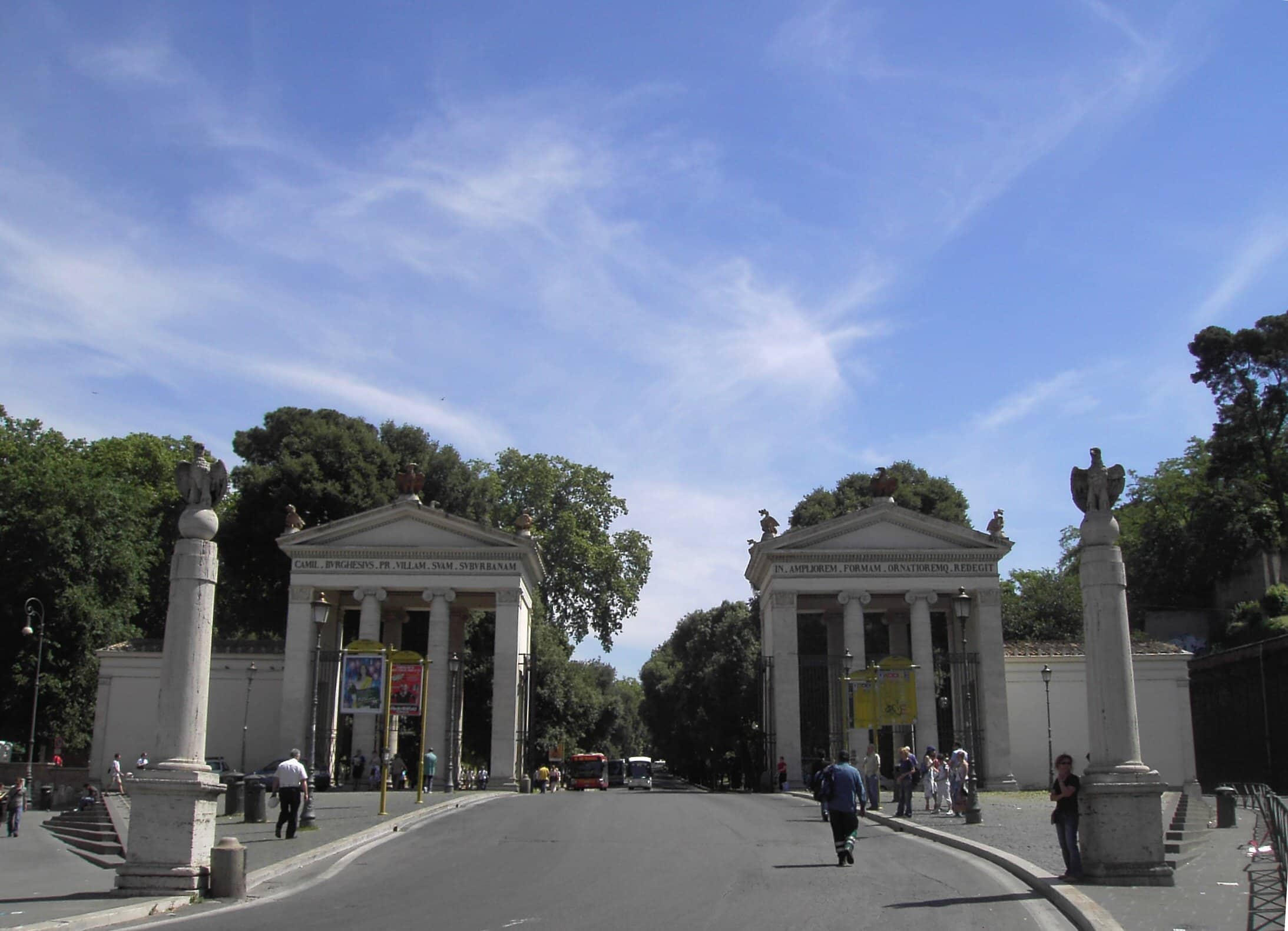 Villa Borghese is probably the most famous park in the city and is characterized by the wide diversity of its arboreal and architectural elements, with the presence of both Italian and English-style gardens.

It also includes the great museum of Villa Borghese where great masterpieces of Italian art from Bernini to Caravaggio are preserved and is now a crossroads of historical architecture, buildings, fountains, and ponds.

It consists of about 80 hectares of green area and is surely one of the largest urban gardens of the Capital after the Regional Park of Appia Antica, Villa Doria Pamphilj, and Villa Ada.

The park is a place to visit during a stay in the city, where you can enjoy its views of the city center.

It has several attractions inside and is located almost entirely in the Pinciano district; it is easily accessible from the subway station "Flaminio" on line A.

Villa Glori is a large park in Rome located in the Parioli district and also known as Parco della Rimembranza. The garden is very close to the Flaminio district, Villa Borghese, Villa Ada, and Parco della Musica forming the end of the Parioli Mountains.

This small park is a treasure and is a perfect place to walk, run, do gymnastics, and spend hours outdoors, another small green lung for the city.

It boasts a rich heritage of trees and wildlife, especially moles, hedgehogs, squirrels, and several species of birds that live in the many holm oaks, olive trees, maples, and poplars, a natural microcosm within the city.

Concerning the architecture present within it, it is also varied and presents a mainly neoclassical style, as is the case for example of the so-called royal villa, belonged at the beginning of the twentieth century to the Savoy family, ancient dynasty of Europe, and monarchs during the kingdom of Italy. Today the building houses the diplomatic offices of Egypt in Italy. 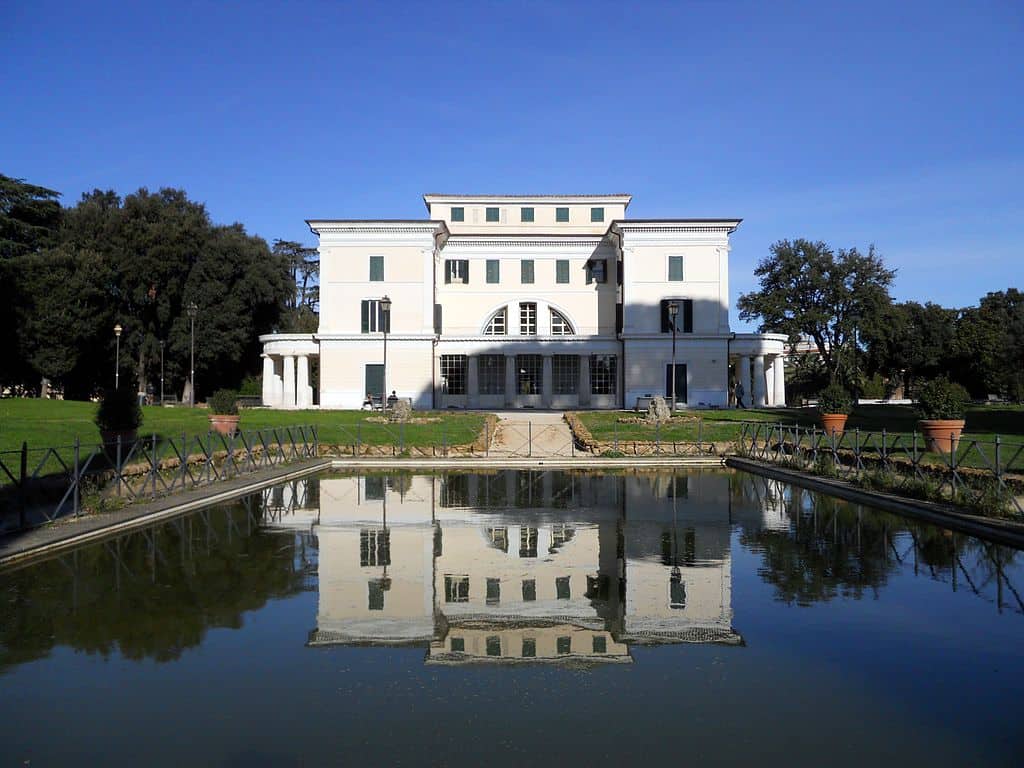 The park of Villa Torlonia is located in the Nomentano district. It is a point of reference for the city both for its natural beauty and for its important history. It belonged towards the end of the seventeenth century to the noble family of Pamphilj and then later passed to that of Colonna.

In 1797 it was the nobleman and banker Giovanni Torlonia to acquire the property from Colonna, thus beginning the process of transformation of the hunting estate and residence to a residence increasingly open to the city, and renovated according to the taste of the different generations of the Torlonia family up to the current state that sees the park articulated around four buildings: the "Casina delle Civette" which collects drawings, stained glass, mosaics, and wall paintings.

Very interesting is a visit to the so-called "Casina Nobile", an important museum of twentieth-century painting and which was among other things the residence of Benito Mussolini and where today you can visit his bunker. The "Casino dei Principi" is known not only for its architecture but also as a venue for important exhibitions.

The "Serra Moresca" has also recently reopened to the public: a complex inspired by the Alhambra of Seville with a marvelous appearance, able to amaze the public.

The Orange Garden is the name with which Savello Park is known in the city. An extraordinary place, so-called because of the presence of Citrus Aurantium. This orange tree with its bitter berries leaves a characteristic and intoxicating scent in the air. The garden is located on the Aventino hill, in the Ripa district, from which it is possible to enjoy a fantastic view of the city.

This park, like the others, has an enormous extension and takes its name from the noble Genoese and Roman families of Doria Pamphilj. In it, there is the Casino del Bel Respiro, also known as Villa Algardi, already the subject of interest in landscape painting since the seventeenth century and now the seat of representation during the visits of Heads of State, for use by the Presidency of the Italian Council of Ministers. Its beauty imposes it very often as the main subject of the work, with its elements arranged in suggestive compositions.

The park is located in the Gianicolense district not too far from the famous Trastevere district. It was designed in the seventeenth century by Alessandro Algardi and Giovanni Francesco Grimaldi reclaiming land fallen into disrepair according to the aesthetic canons of the time.