Marmore Falls: Umbria hides one of the highest waterfalls in Europe 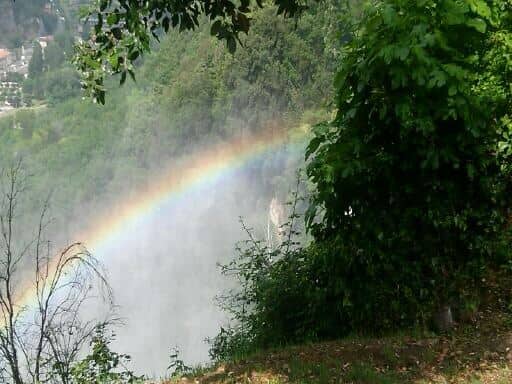 One of the highest waterfalls in Europe are located in Umbria, next to Terni. Yes, you have read correctly, the highest in Europe and, moreover, they are artificial. But the Marmore Falls are not a modern construction for which someone has thought: “Come on! Let's build the highest waterfall of the continent to attract tourism”. Well, maybe they thought it, but it is unlikely that in the year 271 before Christ the Romans were worried about attracting tourism. It was a public health reason that led them to create this great work. In fact, there was a stagnant swamp that threatened nearby settlements. To solve this situation, the Roman consul Manio Curio Dentato ordered to build a series of canals that converged the water and transport it to a waterfall that flowed into the Nera river, a tributary of the Tiber river. The water of the waterfall, managed today by the Municipality of Terni, is used for the production of hydroelectric energy, regulated by an opening and closing mechanism. In fact, if you visit the waterfall during the lunch time, for example, it may happen to find it “dry”.

Trails in the Marmore Falls' park 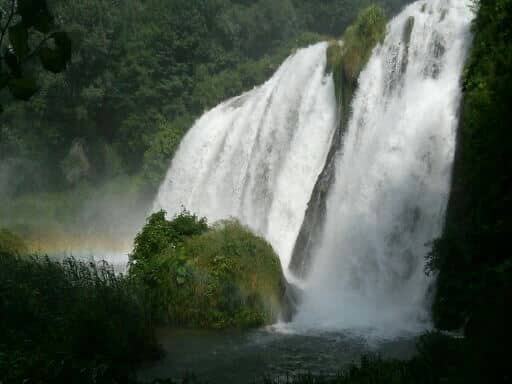 The Marmore Falls' park is very suggestive and easy to visit, even if it requires a minimum of physical fitness to go up to the top. To access to the park is possible from the upper side or the lower one, buying a ticket. The park is crossed by several paths, uphill and downhill. For the laziest visitors, there is a shuttle service that takes you to the upper entrance, and then you can walk down from there. There are five trails here which offer different views of the falls and let you enjoy the natural beauty of the park.  If you visit the falls during Christmas, you will have the added pleasure of seeing a beautiful living nativity scene set inside the falls.  Recently, some scenes from the beautiful series, The Miracle, by Niccolò Ammaniti, were shot there.