Marche: Fermo, an ancient hamlet to be discovered

Fermo has kept its ancient features intact. Walking through its stone streets and its Renaissance buildings transports you to a distant era. The landscape, the historical evidence and tasty gastronomy make Fermo a must stop in Central Italy.

Fermo, the hamlet between ancient and modern

The ancient Roman city of Fermo stands perched on Mount Sabulo slopes and a few kilometres from the coast. A typical medieval village nestled between the Adriatic Sea and the Sibillini Mountains, Fermo has two faces: the historical part, located on the top of the hill Sabulo and remained almost intact over the centuries, and a new part in the area below, where recent buildings blend with historical ones, giving a pleasant mix of ancient and modern. Visiting Fermo is a continuous discovery. It takes you through the ups and downs of its steep and narrow alleys. Then it opens into large and airy open spaces where the spectacular natural and urban landscapes leave the visitor breathless. Far from mass tourism, Fermo is often a destination for slow tourism. It is worth spending a few days in Fermo without submitting to the frenetic rhythms typical of quick getaways. Let’s see together the main places of interest of this hidden jewel of Le Marche.

Going up to the historic centre, you immediately come across Piazza del Popolo, a magnificent esplanade dating back to the XV century. The Square is long and narrow and is surrounded by several buildings: on one side, visitors find Palazzo Apostolico, dating back to the XV century, and now the Town Hall of the city; on the other side, the Square is closed on the left by the Baroque Palazzo degli Studi, the seat of the Biblioteca Spezioli (Spezioli Library), and on the right by the Palazzo dei Priori. It hosts the Civic Museums and the famous Sala del Mappamondo (Worldmap Room), where the famous hand-made Globe (XVIII century) covered in Fabriano paper is kept. Piazza del Popolo is considered the heart of the city and its outdoor living room. Here, the inhabitants and tourists gather to enjoy a moment of relaxation. 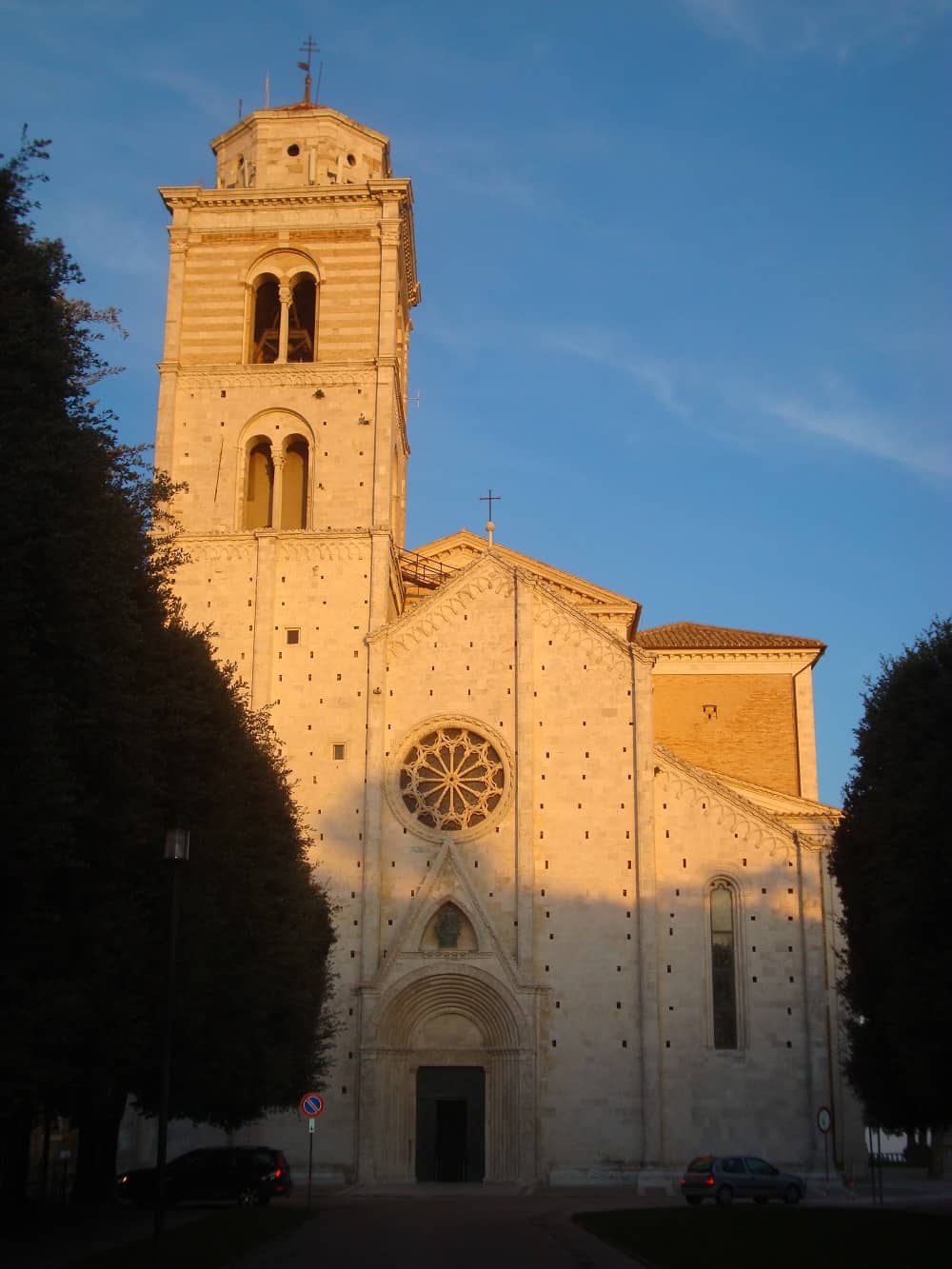 The cathedral locates at the highest point of the city. The majestic neoclassical church is built on architectural remains dating back to Roman times and the early Middle Ages. The Duomo overlooks Piazzale del Girfalco dominating the whole town and giving a spectacular panoramic view.

The Roman cisterns are an ancient building work dating back to 40 A.D, located a few steps from Piazza del Popolo. The cisterns take up over 2000 square metres and were built to regulate water balance to the city so that water distribution did not leave any area without it. Thanks to its good state of conservation, the hydraulic system can still be visited by descending below the level of the city. The Roman cisterns of Fermo are the largest in Europe, together with the cisterns of Istanbul, in Turkey. 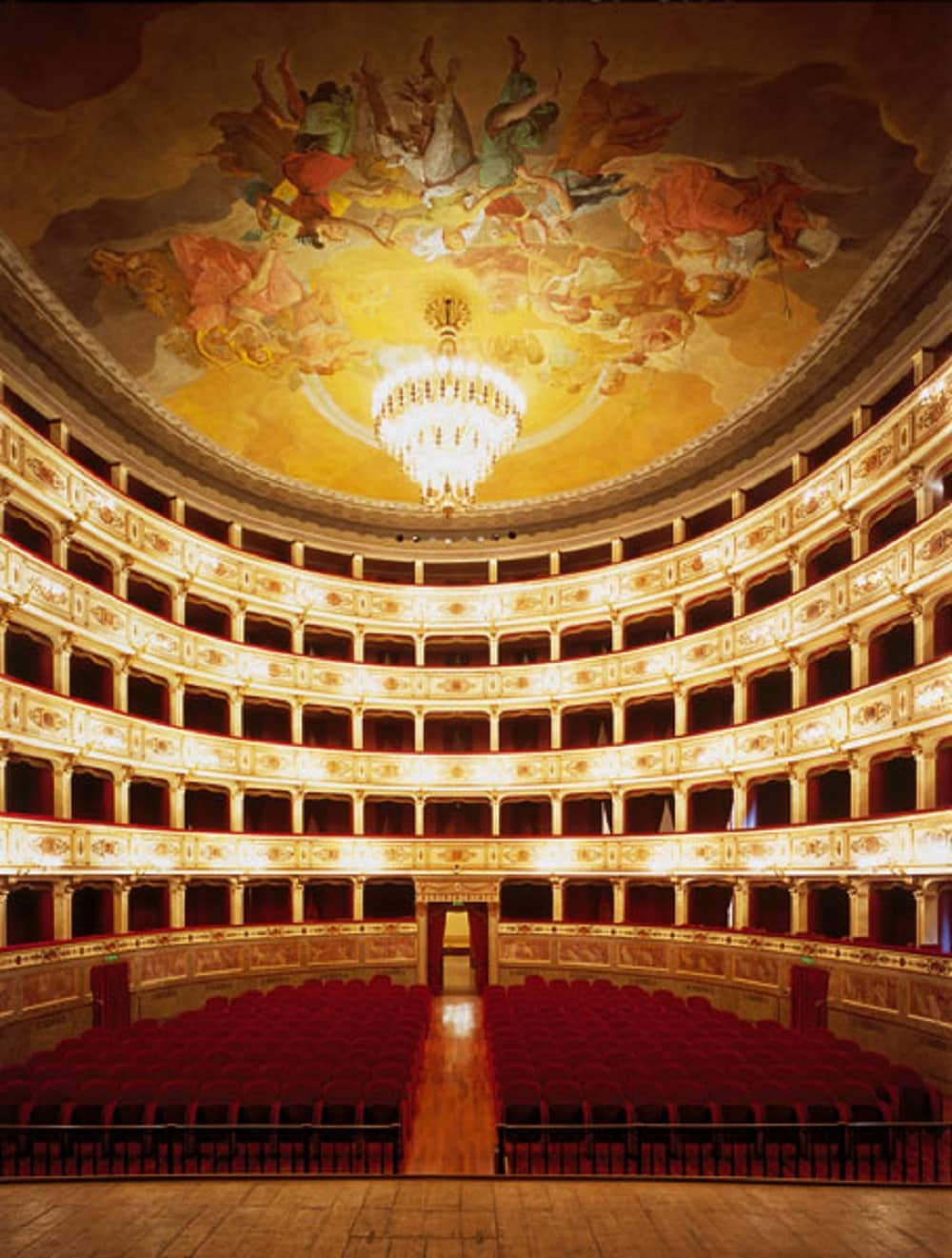 Since the 16th century, Le Marche has always had a deep theatrical tradition. Over time, this link has matured and, in the following two centuries, the construction of various architectural structures has contributed to the development of this magnificent art in the region. In Fermo, it is worth visiting the Teatro dell'Aquila, one of the largest in Le Marche. It can hold up to 1000 spectators and boasts a mammoth stage, including space for musical companies. The 18th-century theatre has then undergone several renovations. The final shape is the result of the last century remakes.

The gastronomic culture of Fermo is based on peasant traditions and, therefore, simple dishes from the land and the Adriatic sea. The bluefish is the basis of many seafood dishes, such as the famous fish broth of Porto San Giorgio. The land, instead, gives the genuine products of crops and pastures, the basis for poor but tasty recipes. Moreover, it is worth tasting the meats, cheeses and sausages. There are also excellent wines from the best autochthonous cultivations of different grapes. Finally, among the typical desserts, it is worth tasting the cremini (sweet fried cream balls) and the ciambellone della trebbiatura (threshing cake), typical grandmother’s sweet, perfect for breakfast.