Lucera Castle: the Swabian-Angevin fortress of the most Arab city in Apulia

If in Puglia it is not a cathedral, it is a castle.

And like a spell, at the stroke of midnight a ghost comes out of every castle in Puglia and tells us its fascinating and cruel story.

So between a reception and a battle, between a wild gallop and a trampled right, a pestilence and a miracle, an injustice and a hope, we relive the often ruthless destiny of the humble and the glory of the strong.

Starting from the Roman legions and passing through the magical and gloomy Middle Ages that still weighs on a present of incomplete development, we open our journey among the castles under the banner of Frederick II with the city of Lucera, residence of the Swabian emperor.

To those who arrive here, unaware of everything, it would be enough to go up, among smelling pines and alpine fences, towards that mammoth gleaming sun-building that dominates it, we are in Puglia plain behind the Subappennino Dauno and in front of Foggia.

Lucera, the most Arab city of Apulia 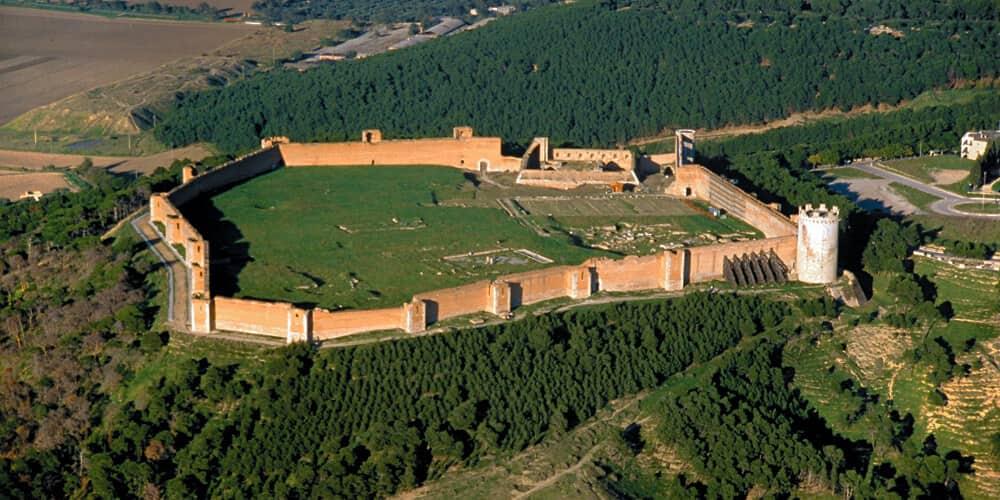 Too much to be just a castle, enclosed in the fortified walls of more than twenty towers, a moat, a steep one hundred meter jump, a perimeter of almost a kilometer: a great wall.

Lucera was the most Arab city of Apulia, when the Saracens threatened to break the balance, Frederick II as well as the Duke of Puglia, massively moved up there, over two hundred Arabs belonging to his court forcing them to loyalty in exchange for impunity.

In this way that immense enclosure, in addition to the palace, the Mint, the state treasury, became the home of dignitaries.

The other Arabs, up to sixty thousand, swarmed into the city below, with the freedom to develop their art, their customs, their economy.

Not for nothing the eyes from oriental, limpid and almost of a purplish black are still today a distinguishing trait of so many of Puglia, Rodolfo Valentino is one of these.