Liguria: Framura, between towers and villages

An itinerary to discover the village of Framura in Liguria, one of the most beautiful places in Italy.

Those who love both the sea and the mountains cannot miss Framura, a Ligurian village of about 700 souls. Framura is one of the Borghi più Belli d'Italia, a prestigious list including some of the most beautiful villages in Italy, and a true paradise for those who love hiking in nature and water sports. 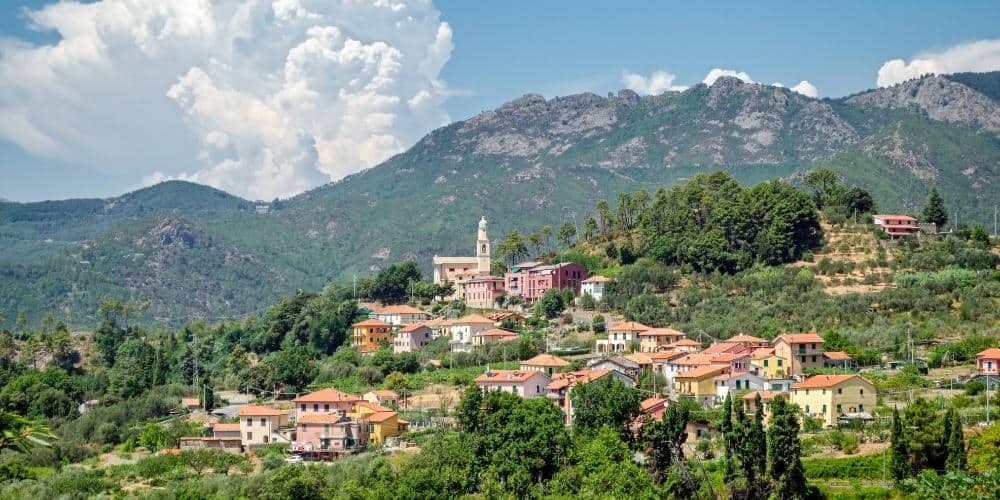 This colourful, slightly out-of-the-way town in the province of La Spezia is an intimate, authentic slice of Liguria, less conspicuous than the nearby Cinque Terre but with the same charge of Mediterranean charm. Just like the Cinque Terre, Framura is framed by the blue of the Riviera di Levante and a hilly landscape that is an explosion of nature.

The village of Framura has ancient origins: it dates back to the pre-Roman Ligurian populations. The main settlement was formed near the church of San Martino, a building from before 1128. Today, it is possible to admire the altarpiece of the Madonna del Rosario, made by Bernardo Strozzi, a Genoese artist, one of the greatest exponents of the Italian Baroque style.

Framura's history is linked to the Da Passano and Lagneto families until the 13th century. Later it was annexed first to the Republic of Genoa and then to the Ligurian Republic during the Napoleonic period. It entered the Levante province of the Kingdom of Sardinia and the Kingdom of Italy in 1861.

What to see in Framura

Our Framura itinerary begins in Castignola, the highest hamlet, a great place to explore, surrounded by a precious agricultural landscape and ancient medieval paths. Its church of San Lorenzo houses La Deposizione, a painting by Luca Cambiaso: go and see it, it's a valuable work by the most famous Ligurian Renaissance artist.

Continue downhill along the ridge towards the hamlet of Costa, where an imposing 9th-century Carolingian watchtower stands as the bell tower of the parish church of San Martino. Next, you will encounter Setta, a 12th-century settlement recognisable by its medieval walls and arches in "Levanto stone". Strolling through the scents of citrus fruits and aromatic herbs, you will come across romantic hanging gardens, a 16th-century watchtower and a beautiful 18th-century church.

Further on are Ravecca and Anzo. The latter is the hamlet closest to the coast where the da Passano family moved in the 15th century. The defensive walls, the 16th-century tower and the small castle where the inhabitants found refuge during pirate raids add an unmistakable air of a timeless place.

Anzo has long been a holiday resort for the Ligurian nobility, and a stroll through its streets will give you a feeling of calm and relaxation. Also, visit the neo-Gothic chapel of Nostra Signora della Neve.

Particularly picturesque is the marina of Framura, in a cove enclosed by the biggest rock in Liguria, the Scoglio di Ciamia. According to legend, the rock formation hides the features of a dragon, Panéa, who saved Framura from a disastrous landslide and prevented its destruction.

What to do in Framura

Trekking and cycling by the sea are good alternatives for exploring Framura and its surroundings on the many paths encircling the area. The five villages making up the town are all connected by a bikeway leading from Castignola to the small port. Castignola is also the starting point of a route to Sant'Agata and the inland hills, while from Costa, there is a trail to Monte Castellare with its ancient Ligurian settlement.

Near Framura station, you can rent a bike and take the stunning cycle and pedestrian track to Levanto that covers 5 km winding through old railway tunnels and panoramic views. Along the way, you can make detours and access small bays and coves, such as Porto Pidocchio beach, where if you don't feel like taking a dip, you can go climbing on an equipped wall.

If you pass by Framura in summer, you should know that the first Sunday of August is dedicated to the Festa della Madonna del Mare, with celebrations enlivening the small port with an evocative fireworks display. On 10 August, the night of Saint Lawrence is honoured in Castignola with food stands and music that will draw you into fun dances under the stars. On the last Saturday of August, the Festa del Turista is another opportunity to taste local dishes between Costa, Setta, Ravecca, and Anzo.

Near Framura, you will find Blue Flag beaches that are easy to reach either driving or walking, wandering through the lush timbered landscape typical of this stretch of coastline. The Fornaci beach, for example, can be accessed via the pathway of Monte Serro. The area is perfect for water sports and diving enthusiasts and boasts spectacular seabeds.

A passage under the railway station leads to the Via del Mare, the scenic road to the neighbouring beaches. One of the most popular is Torsei, with the Furmigua and Agua rocks emerging from the water. Then there is the small sandy beach of Vallà and the beach of Arena, a particularly attractive wide bay surrounded by green vegetation. You can reach from the hamlet of Anzo along a charming path.

How to get to Framura

You can reach Framura in various ways. Take the Autostrada A12 Genoa-Livorno and exit at Deiva Marina if you are driving. By train, take the La Spezia-Genoa line. The station is served by regional trains, a good way to get around even if you plan to explore the Italian Riviera and continue towards the Cinque Terre.

Alternatively, you can get on your bike and cycle along the bikeway to Framura from the nearby town of Bonassola. Travelling by plane? The nearest airports are Pisa and Genoa, from where you can rent a car or catch a train, changing at Sestri Levante (if you are in Genoa) or La Spezia (if in Pisa).