It's always spring in Terlizzi, the city of flowers in Bari' province

Terlizzi smells of the many colors of its flowers. Here it really is always spring. And even when it is not, the flowers continue to make a large lawn, a symbol of an Puglia that man's inventiveness and toil have wrested from stones.

It is thanks to a notary's document that we know about the history of Terlizzi, over a thousand years ago. According to this document between 778 and 797, the governor of the Lombards donates some of his possessions to the abbey of Montecassino, including a farmhouse with a name that closely resembles Terlizzi. Then, with the Normans, Terlizzi became feudal and in 1073 Count Amico made it a fortress, with which Terlizzi was promoted to castellum and then to civitas.

And here they are then the houses in the radial lanes that all end towards the cathedral of San Michele Arcangelo, it is a symphony of arches, small squares, white walls, coats of arms, balconies and street lamps.

Churches of Terlizzi, a formidable attraction for pilgrims 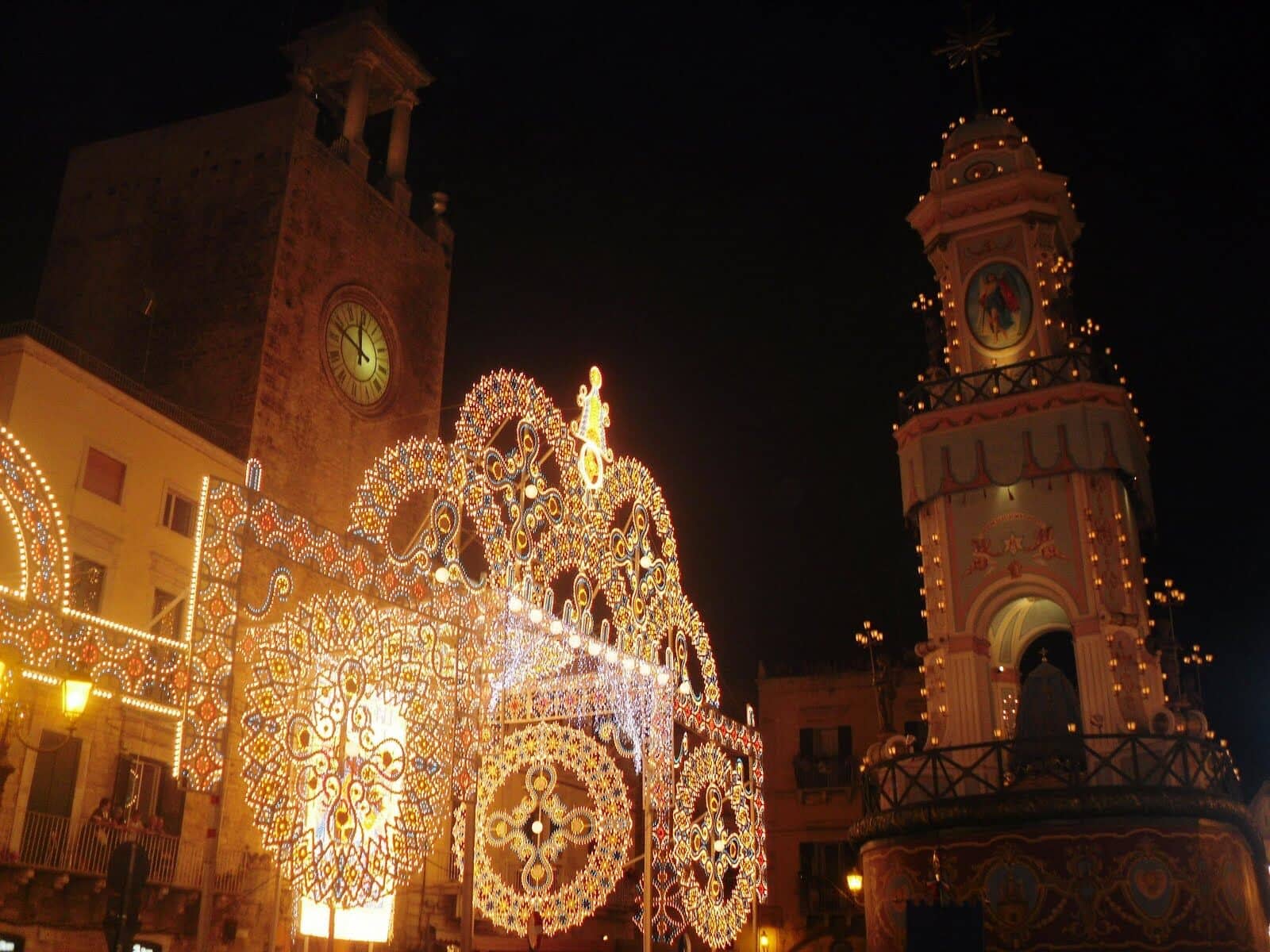 The inhabitants are very devoted to the Madonna of Sovereto, patron saint of the city. Icon found shortly after the year one thousand in a cave a few kilometers outside the town. On the August patronal feast, the icon is carried in procession on a majestic party machine, Baroque and Renaissance styles in papier-mâché and wood, and endless lights. Pushed by arms by sixty faithful, under the guidance of five helmsmen. A show, Sovereto. But from church to church, here is Santa Maria La Nova, a treasure trove of works of art, whose birth dates back to the early 1500s. Sant'Anna delle Clarisse, for the community of nuns of which in the sacristies remain the wheel and the large hearth. The serene and Franciscan Santa Maria delle Grazie. The church of Purgatory, with the famous nativity.

However Terlizzi does not rely only on the churches, because this is a city of superlative noble palaces, that a guide edited by the municipality defines symbols of the seven-nineteenth-century bourgeoisie, that still stand tall and robust under the high view of the clock tower, which with its 31 meters dominates one of the most beautiful historic centers of Puglia. Rich in long-lived architecture but in their time image of a power and a wealth that Terlizzi preserves in the unassuming personality of its people. Although people linked to the land, its products, its laws, its rhythms.

The Museum of popular traditions preserves instruments and epic. And certainly, next to that of the lords, one day we would have to tell the story of the humble, without which there would have been no history even for Terlizzi. And who knows what history the menhirs hide, those vertical stone blocks stuck in the earth like teeth in the gums, perhaps funerary monuments, perhaps altars in the sun? Certainly an enigmatic attraction: what else do you want more from Terlizzi?