In the Vallo di Diano lies a small village, a Unesco heritage site: Padula. Let's discover it together!

In southern Campania, on the border with Basilicata, we find the Vallo di Diano. The Vallo di Diano is a flat basin dotted with fifteen municipalities, all located in the province of Salerno.

Among these fifteen municipalities we find the small village of Padula. Padula, among the most enchanting villages near Naples, is famous for the Saint Lawrence Charterhouse, the largest in Italy. A gigantic building with three cloisters, an internal garden and a church. The Padula Charterhouse has been a Unesco World Heritage Site since 1998.

Together with the Alburni Mountains and Cilento, the Vallo di Diano is part of the National Park of Cilento, Vallo di Diano and Alburni, also a UNESCO World Heritage Site since 1998. The Vallo di Diano therefore offers many attractions to the curious tourist wishing to explore a little-explored part of Italy.

Let's find out more about Padula and this area, which is rich in interesting historical and natural finds. 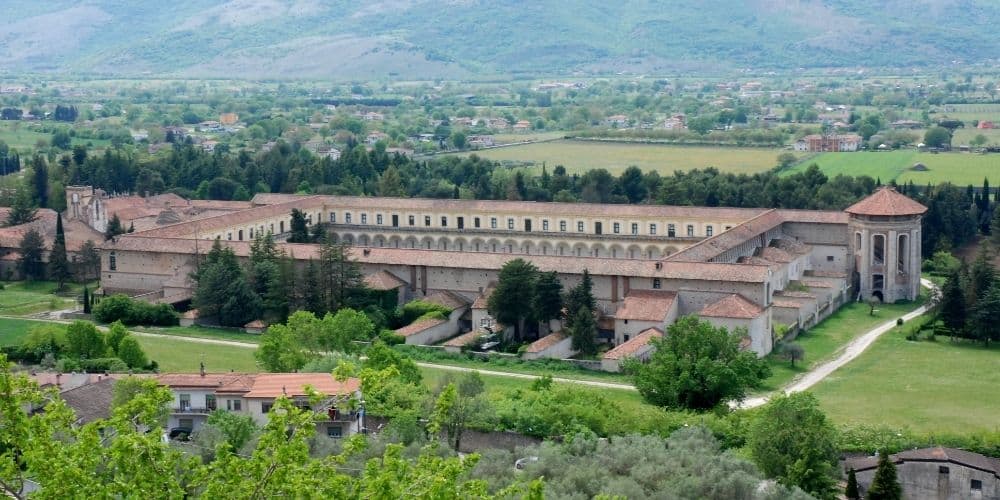 The Padula Charterhouse from above

The name of the town, derived from the Latin "paludem", indicates that in the past, a swamp stretched across the plain below.

Nevertheless, the foundation of the city of Cosilinum, the ancient Padula, founded by the Enotrians, dates back to the 12th century BC. Later, the city was occupied first by the Lucanians and then by the Romans.

With the arrival of the Normans, feudalism was introduced in Padula. From the end of the 13th century, the noble Sanseverino family took over the town, creating imposing defensive walls. From the 16th to the 18th century, Padula passed from lord to lord.

The city's misrule did not allow its economic growth, so much that at the beginning of the 20th century, the great migratory flow to the Americas halved the city's population. 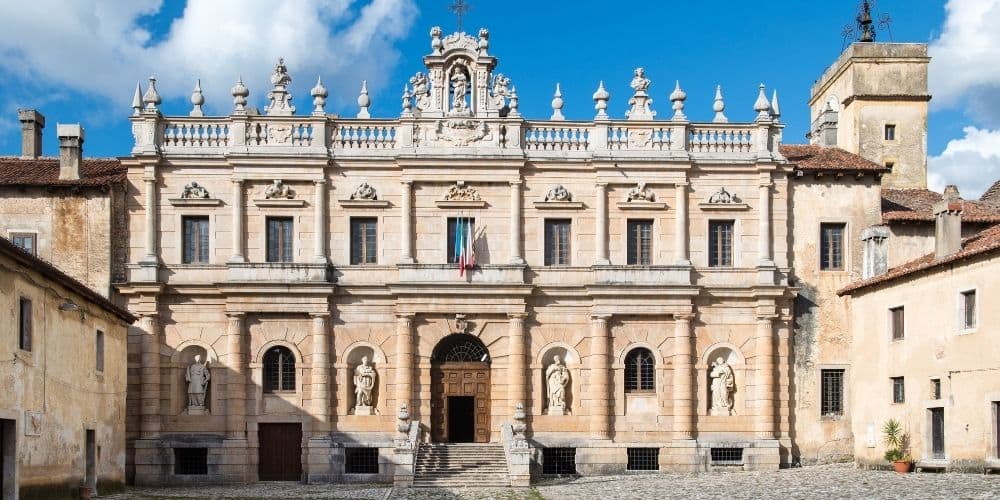 Padula is famous for the Saint Lawrence Charterhouse, known as the Padula Charterhouse, one of the most beautiful Baroque monumental sites in our country.

The Padula Charterhouse was commissioned by Tommaso II Sanseverino in 1306. Although its construction dates back to the Middle Ages, today's structure is mainly Baroque in style as work continued until 1800, counting numerous enlargements and restorations.

With a surface area of 51,500 m², the Padula Charterhouse is one of the most sumptuous Baroque monumental complexes in southern Italy and the largest Carthusian monastery in Italy. The Charterhouse consists of 350 rooms, three cloisters, a garden, a courtyard and a church.

Since 1957, it has housed the Provincial Archaeological Museum of Western Lucania. In 1998, it was declared a UNESCO World Heritage Site together with the nearby archaeological sites of Velia, Paestum, the Vallo di Diano and the Cilento National Park.

Things to see in Padula 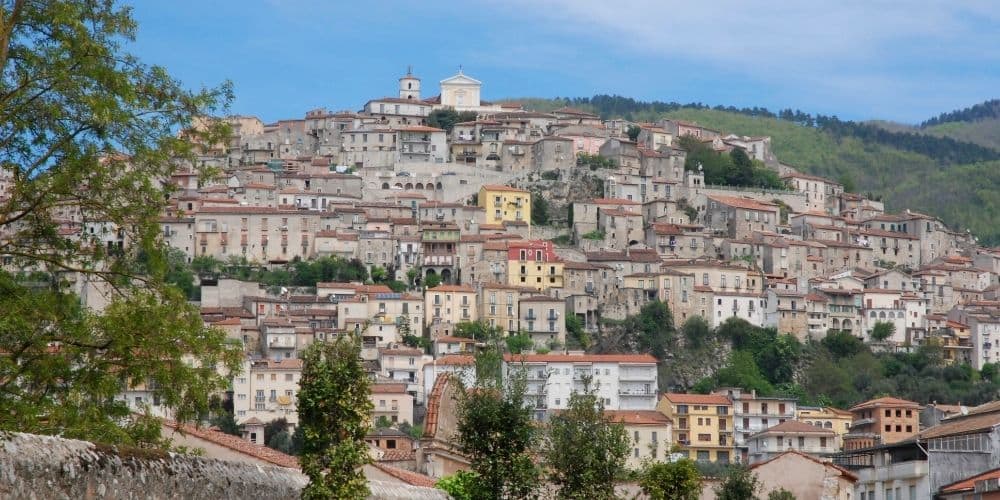 The village of Padula

Besides the famous Charterhouse, Padula has much to offer given its long history. The religious monuments in the village are numerous. Among them there is the Convent of San Francesco.

The convent was commissioned by Giovanni Tommaso Sanseverino, a descendant of the more famous Tommaso II, founder of the Padula Charterhouse. Its construction began in 1380. The complex includes the cloister, the cell area and the church, which features valuable decorations from the 18th century and is structured on two naves with an apse.

Another important religious building is the Church of the Santissima Annunziata, where the Sacrario dei Trecento is housed. The military shrine houses the remains of those who fell during the Sapri Expedition.

The Hermitage of San Michele alle Grottelle, on the other hand, is a site of significant historical interest. Dating back to the pagan age, the hermitage is located along the eastern flank of the hill of San Sepolcro, at an altitude of about 750 m above sea level.

In Padula, of course, you can enjoy all the views, stone portals and characteristic narrow streets of the village, losing yourself among the small shops selling typical products. And don't miss a visit to the entire Vallo di Diano.