Grand Tour of Southern Italy: Ideas for an unforgettable week of travel

Italy is a wonderful country with many places to discover. It has miles of coastline, mountains among the highest in Europe, cities rich in art and fantastic medieval villages that will leave you speechless. The south of this country has a millenary history that begins in the ancient greece, indeed during our trips it’s possible to see antique ruins, and cities inhabited by the most ancient civili

Tour in Palermo: from the golden age of Byzantine art to the golden beaches

Our ideal trip starts in Palermo city, a place noted for his history, culture, food and architecture. Is located in the Sicily Island on the shores of the tyrrhenian Sea. Among the things that must absolutely be seen: Royal Palace of Palermo (Known as Palace of the Normans) with his Palatine Chapel where there are an incredible architecture and splendid gold mosaics in Byzantine style. Very important also the cathedral of the nearby city of Monreale, with its Arab-Norman architecture, heritage of the UNESCO from 2015. Other best places in Palermo are Teatro Massimo, Zisa Castle and Palazzo Abatellis where is conserved “Virgin annunciate“ a Masterpiece painted by Antonello da Messina in 1476 AD. You must visit also the Ballarò and Vucciria markets, and only after you have tasted the local specialties, you can move to Agrigento city.

Tour of ancient art between Agrigento, Taormina and the Valley of the Temples 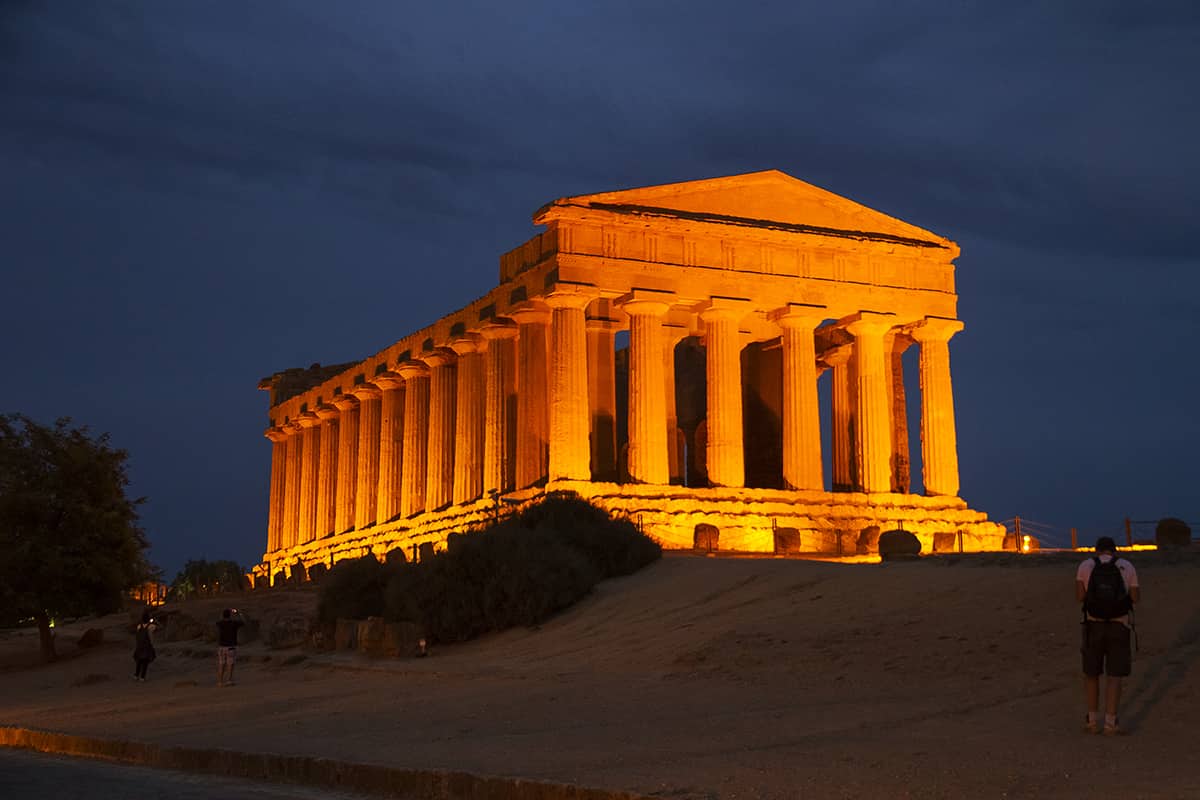 In Agrigento you can visit a Valley of Temple, one of the most outstanding examples of Greater Greece art and architecture in the globe. The exceptionally well-preserved state of this ancient temples makes this place unique in the world.

Sicily is the land of ancient art as demonstrated by the presence of Villa del Casale in the Piazza Armerina town, the excavations have revealed one of the richest, largest, and varied collections of Roman mosaics in the world for which also this site has been designated as a UNESCO World Heritage Site in 1997. Now we can proceed to the city of Taormina. Here you can visit the Ancient Greek Theatre, built in the third century BC. Very interesting also an excursion to the nearby Etna, the highest active volcano in Europe, this adventure will leave you breathless. Unfortunately, it's time to leave Sicily but don't worry, the south of Italy will not cease to amaze you.

The natural and artistic beauties of Calabria After a spectacular crossing of the Strait of Messina, you must make a short visit to the city of Reggio Calabria where we will find a nice promenade and the amazing Riace Bronzes (also called as Riace Warriors) currently located at the National Museum of Magna Græcia. Only after visiting the museum, we can move toward other destination in Calabria Region like Tropea, little city knowns for his amazing coast and beautiful sea or we can visit places absolutly fantastic like National Park of Sila and National Park of Pollino Mount. You won’t regret it!

Tour between Puglia and Basilicata to discover prehistoric settlements

After having been in Calabria, we move to the small town of Alberobello in Apulia where we will find some particular buildings called trulli, a traditional Apulian dry stone hut with a conical roof. These buildings were declared a UNESCO World Heritage Site in 1996. Other things in Apulia are not to be missed, for example the baroque city of Lecce, the great Romanesque cathedrals of Bari, Trani, Otranto and Altamura (also famous for the production of bread). Also extraordinary is Castel del Monte in Andria (built in the 13th century) a fortress recognizable by ist symmetric octagonal plan. Moving further, we will find ourselves in front of other particular buildings dating back to ten thousand years ago, these are the Sassi of Matera. Many prehistoric finds have been found in these rocky architectures dug into the tuff. One of the most beautiful landscapes in the world!

Naples, Vesuvius, Capri and the Amalfi Coast: a postcard image 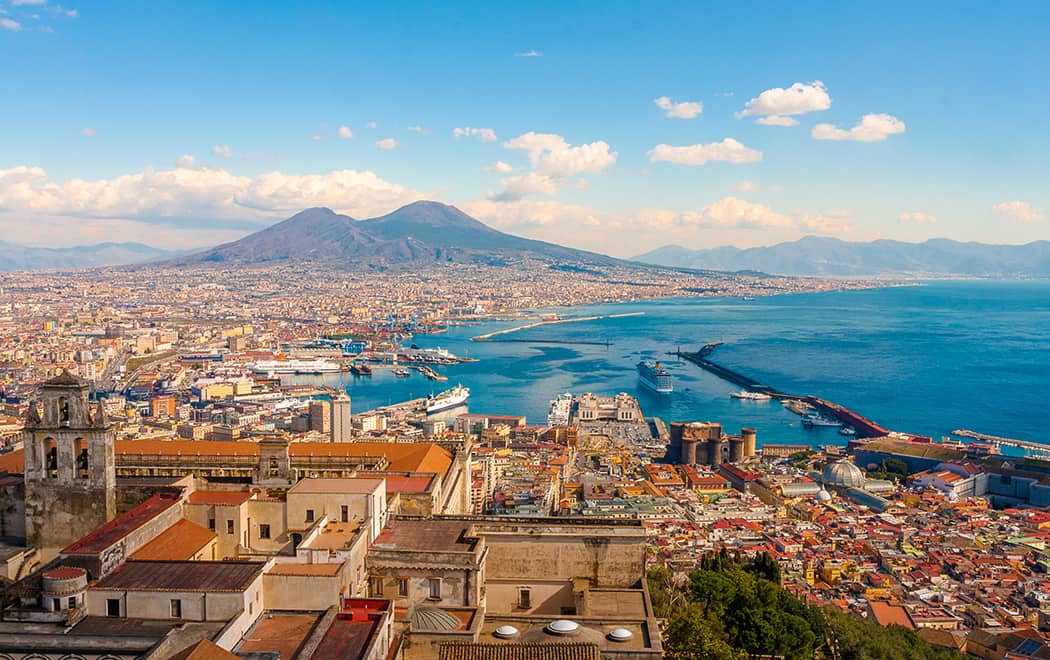 So you arrived in the city of Naples, one of the oldest metropolis in the Mediterranean, built by Greek settlers in the second millennium BC. A city rich in monuments and places to discover, museums, castles, architecture, food and culture. Let's take some time to enjoy a delicious pizza margherita, or a fried pizza (Pizza fritta in italian) a local specialty and then let’s start our tour. To see the beautiful historic centre composed with hundreds of churches, the National Archaeological Museum (among the most important in the world for Roman history) the Royal Palace built in XVII, the Art Gallery of Capodimonte (With masterpieces by Raphael, Titian, Canova, Michelangelo and el Greco). Adventure in three beautiful castles, Maschio Angiono (also called Castel Nuovo), Castel dell'ovo, Castel sant'Elmo and enjoy a city that will leave you amazed. Near Naples you can visit Vesuvius (Knows for ist eruption in 79 AD), The Royal Palace of Caserta, the ruins of Pompeii, Herculaneum and Oplonti. You will fall in love with the enchanting views of the Sorrento peninsula and the Amalfi coast, not to mention the islands of the Gulf: Ischia, Procida and Capri.

Itinerary of the Grand Tour of Southern Italy

Now that you know what to visit we have prepared an itinerary with which you can discover all this in a week. Day 1 Visit to the city of Palermo: the Palatine Chapel, the Cloister of Monreale, the markets, and the Teatro Massimo. Lunch and then in Agrigento. On arrival, visit to the Valley of the Temples. Dinner and overnight stay. Day 2 Transfer to Piazza Armerina to visit Villa del Casale. Lunch in a typical Sicilian beam. In the afternoon, short stop in Caltagirone to admire the majolica road. At the end of the day, we continue to the hotel in Taormina. Day 3 Taormina visit the Greek theater and Piazza IX Aprile with the magnificent view of Mount Etna. Lunch, afternoon and dinner. Day 4 After a spectacular crossing of the Strait of Messina, stop in the city of Cosenza for lunch in a farmhouse. Continue to Alberobello. Visit to the Trulli area and the Sovereign Trullo. Continuation to the hotel for dinner and overnight stay. Day 5 From Alberobello to Matera. The Sassi, the cave house, the rock churches. Lunch in a restaurant. In the afternoon, transfer to Naples. Dinner in a pizzeria and overnight stay. Day 6 Departure for Capri by seaplane. The Blue Grotto, Monte Solaro, the Piazzetta. Lunch and transfer to Sorrento to start the excursion of the Amalfi Coast. Short stop in Positano (out of town), and then in Amalfi. Visit inside the Duomo and free time. Return to Naples. Dinner at the hotel. Day 7 Departure for the panoramic tour of Naples and transfer to the excavations of Pompeii. The forum, the thermal baths, the villas, the shops. Lunch with an ancient Roman menu. Return to Naples (station / airport) and end of services.