Discovering the Campi Flegrei: the cradle of Greek civilization in the West

The name comes from the Greek flegraios, meaning burning. Campi Flegrei is identified geologically as a caldera in a state of repose. Let us discover the ancient history and the fascinating geological features of this area of Campania that preserves the first Greek settlements in Italy and archaeological evidence valuable for the history of the entire Western civilization.

During the millennia, countless volcanic eruptions from different eruptive centres affected the area of Campi Flegrei and created a depression, the so-called caldera. The caldera of Campi Flegrei has a diameter of about 15 km extending from the hill of Posillipo, embracing the hill of Camaldoli, up to the acropolis of Cuma and Monte di Procida. The whole area is rich in places of geological interest:

-in the Solfatara area (Pozzuoli), some of the numerous craters located there have gaseous manifestations which emit their sulphurous vapours at a temperature exceeding 160 ºC;

-there is a lake of volcanic origin, the lake of Averno, near the Temple of Apollo called passage to hell by Virgil in the Aeneid;

-there are numerous thermal springs, the most famous scattered throughout Ischia island. On the mainland, we find the Baths of Agnano, Lucrino and Puteolane.

The Campi Flegrei are a large volcanic field enclosing a large area west of Naples that includes Bacoli, Monte di Procida, Pozzuoli, Quarto and Naples (districts of Agnano and Bagnoli). Although located outside the original crater, Campi Flegrei also includes Ischia, Vivara and Procida islands that share a part of the mainland volcanoes geological history. What is more, research has identified other numerous craters sunk in the sea of the Gulf of Pozzuoli, making even more striking the story of the birth of this unique site in the world.

The Campi Flegrei is considered an area of high volcanic risk and, for this reason, are continuously monitored by the Vesuvian Observatory. The entire area is still affected by volcanic phenomena that continue to transform the landscape little by little. The most evident and characteristic is undoubtedly bradyseism. Periodically, the area undergoes a lifting or lowering of the ground, but it is so slow for the man that he does not feel it! However, bradyseism consequences are visible in some sites, such as the Temple of Serapis in Pozzuoli. The base of the temple is connected to the sea by a series of underground tunnels. In this way, bradyseism causes water to flood the structure even for several meters, making it possible to observe the phenomenon. 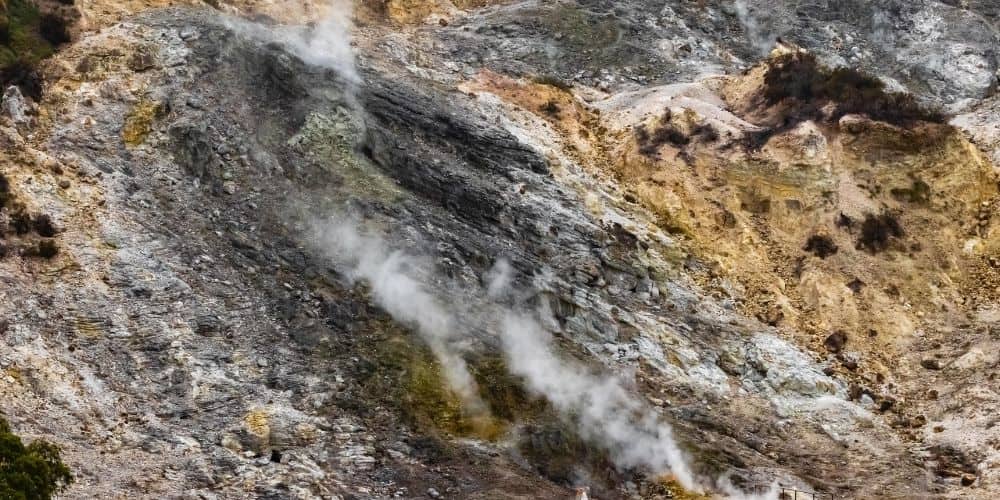 The oldest part of Campi Flegrei is Cuma, the first colony of Magna Grecia in Italy. The ancient population of the Cumans decided to settle for the first time on the mainland between Bacoli and Pozzuoli (VII and VIII century BC), initiating the spreading process of the Greek culture in Italy. Over the years, Cuma expanded its dominance over almost the entire coast of Campania, becoming a real commercial power. Then, with the Roman conquest, the city was recognized as a strong military and commercial place and earned the exempt appointment of civitas sine suffragio (citizenship without vote). The myth of the Cuman Sibyl, an ancient prophetic figure of the Greek and Roman religions, is inextricably linked to Cuma. The priestess of Apollo spread her oracles in the Cave of the Sibyl, an ancient artificial cave. The archaeological excavations of Cuma have brought to light the ruins of the ancient Greek city, and the Cave of the Sibyl is one of the most appreciated touristic sites of the Archaeological Park of Campi Flegrei along with the Temple of Apollo and the Temple of Jupiter.

Pozzuoli history is strictly linked to Rome. The ancient name of the city was Dicearchia, but with the Roman conquest of Campania, it took the Latin name of Puteoli, which means small wells. The so-called capital of the Campi Flegrei became, then, the port of Rome towards the East for many years, becoming an important commercial hub for the Empire. Not surprisingly, here we find numerous testimonies of Roman activity that make Pozzuoli a small Rome. Indeed, Pozzuoli keeps several ruins of Roman buildings, such as necropolis, thermal buildings, the Temple of Augustus and the mammoth Flavian Amphitheatre. It is the third-largest Flavian Amphitheatre in Italy after those of Rome (Colosseum) and Capua. As usual in Roman customs, theatrical, musical performances and the typical gladiator fights were held here. In any case, even the testimonies of the centuries-old history of Pozzuoli before Roman rule are still clearly visible. The Rione Terra, the first residential area of the city, tells the story of Pozzuoli from its Greek foundation as Dicearchia to its Roman evolution as Puteoli until today. In particular, its basements are rich in suggestive ruins of ancient shops and houses. Through an archaeological journey underground, it is almost possible to return to the Dicearchy of the past.

Also, in Pozzuoli, we find the forenamed area of Solfatara, a natural oasis composed of a complex of 40 ancient volcanoes that, in 1700, was included in the famous Grand Tour that European aristocrats undertook to raise their knowledge of the world. In the 20th century, the site also began to be used as a spa. Today, the still-active volcanic crater gives spectacular emanations of sulfur vapours.

The town of Baia, a small hamlet in the province of Bacoli, has different historical and mythological roots. According to legend, Bajos, the helmsman of Ulysses dead and buried here, would have given the name to this spectacular inlet located between Bacoli and Pozzuoli. History, however, takes us back thousands of years ago, when the current port was occupied by the mainland, enclosed in an embrace by the headlands of Punta dell'Epitaffio and Punta del Castello that formed a basin. Later, an opening was made to build a canal overlooking the current Gulf of Pozzuoli. From here, this small bay of volcanic origin took its name. In Roman times, Baia was one of the places of leisure preferred by emperors. The spectacular and evocative coastal landscape, together with the presence of therapeutic thermal waters, allowed the city to become the summer residence of the Roman emperors, increasing its importance as a destination of lush and irresistible charm. As evidence of this golden period, there are numerous ruins of imperial villas, including the Temple of Mercury and Diana, which can be visited at the archaeological complex of Baia. However, most of the ancient urban complex is submerged. Indeed, Baia retains its history almost entirely at the bottom of the sea. Over 2000 years, the continuous phenomena of bradyseism gradually swallowed up the city, transforming it into a small Italian Atlantis, today a protected marine area established under the name of Parco sommerso di Baia. The city also houses the Museo Archeologico dei Campi Flegrei in the majestic Aragonese Castle, built at the end of the 15th century over ancient ruins of a Roman imperial palace by the homonymous ruling Iberian family.

Miseno is another hamlet in the province of Bacoli. According to the myth, it should be named after the trumpeter of Aeneas. He was thrown into the sea and drowned after challenging Triton with the sound of his trumpet. According to Virgil account, Aeneas would later find his body and bury it under a large mound of land, today the promontory of Capo Miseno. In the Cuman era, it already served as a military and maritime port. However, with the Roman rule, Miseno acquired great historical importance, becoming the seat of the naval base of the Tyrrhenian Sea under Emperor Augustus. Later, in addition to this significant function, Miseno also had a strong residential character. Among the main Roman buildings in the Miseno of the Augustan era, the gigantic reservoir that the Romans built to provide water to the military structures of the port is of great importance. The terminal cistern of this construction was the mammoth reservoir of the Piscina Mirabilis, all excavated in the beautiful expanses of white tuff typical of the area. Today, Piscina Mirabilis is partly visitable. More than being an ancient reservoir, it has almost the appearance of an underground temple.

The Regional Park and the Archaeological Park of Campi Flegrei

The entire Flegrea area embraces a zone of enormous landscape, biological and natural importance. Indeed, the Regional Park of Campi Flegrei was established in 2003, making the vast caldera of Campania a protected natural area. The continuous eruptions have created a unique natural landscape in the world, which houses thermal springs, lakes, sedimentation of peculiar rocks (yellow tuff), native fauna and flora, and fertile soil that gives a valuable heritage of vines.

In the Regional Park, three major areas have been identified and distinguished:

• Zone A - Integral reserve area, where the environment is protected in its integrity, complying with the law. Nisida, Montenuovo, Solfatara, Astroni and Punta Penna compose this area;

• Zone C - Controlled reserve area, which is subject to urban and environmental regeneration.

Let us discover the main points of interest of this beautiful portion of the Campania landscape. 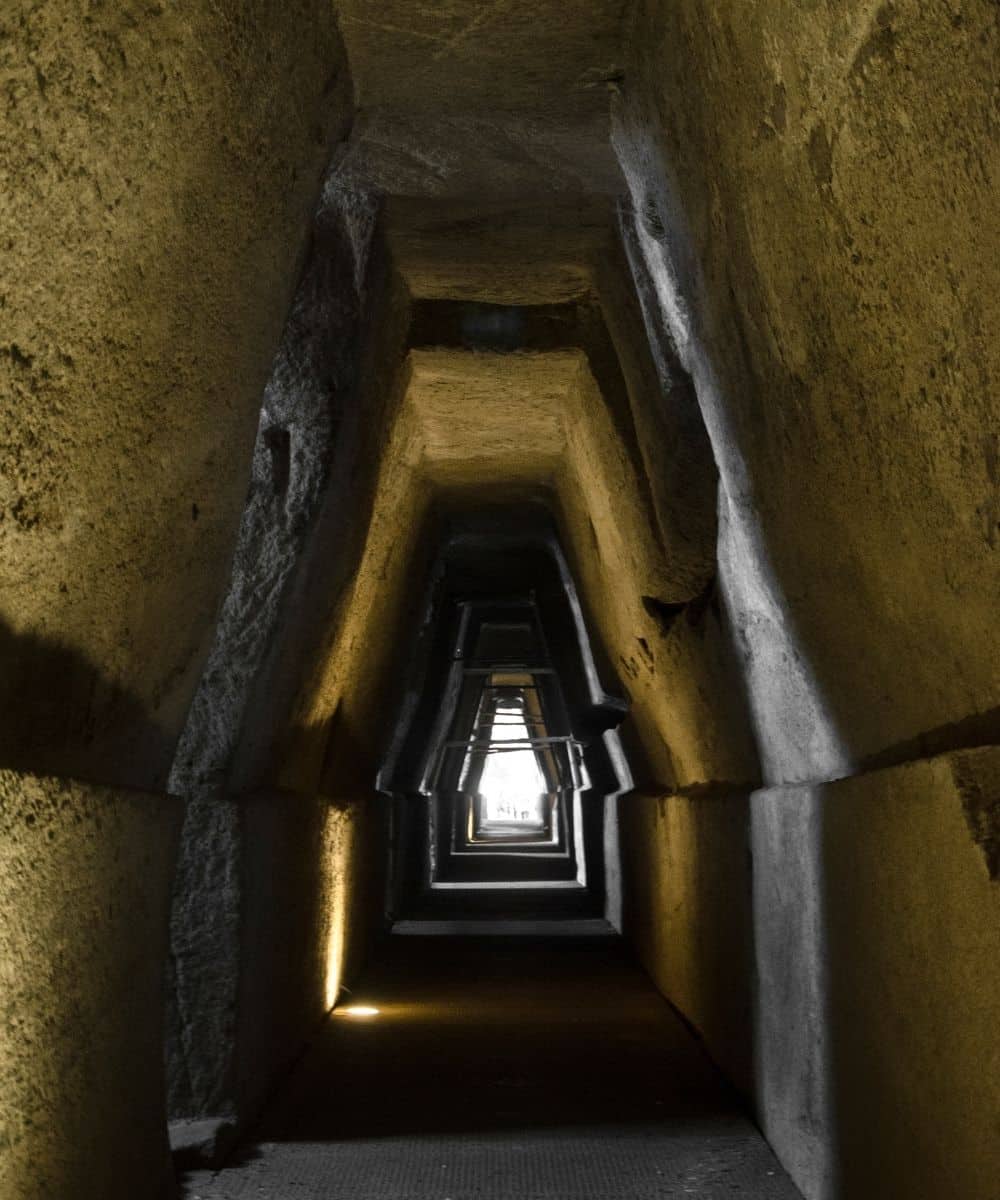 Etruscan Ruins of the city of Cuma

Where to stay in Campi Flegrei

A very comfortable 4 star hotel: the Hotel Tempio. The Hotel Tempio was founded in 2001 by a local family and its desire to welcome and enhance the territory.

The Hotel is in fact located in the Partenopean hinterland, in the quiet countryside of the province of Naples, but it is perfectly connected to the main roads that allow easy access to all the archaeological sites of the Phlegraean area, to the boarding point for the islands and to all the tourist attractions of the Campania Region. Over the years, it has established itself in the hospitality market, always aiming at courteous and professional hospitality. Today, the Hotel Tempio has been completely renovated and aims at new goals of professional and quality hospitality, which only a 4-star hotel can offer.

Let yourself be amazed by the imperial and refined style, attention to detail, the relaxing and intimate environment, the professional and attentive welcome. 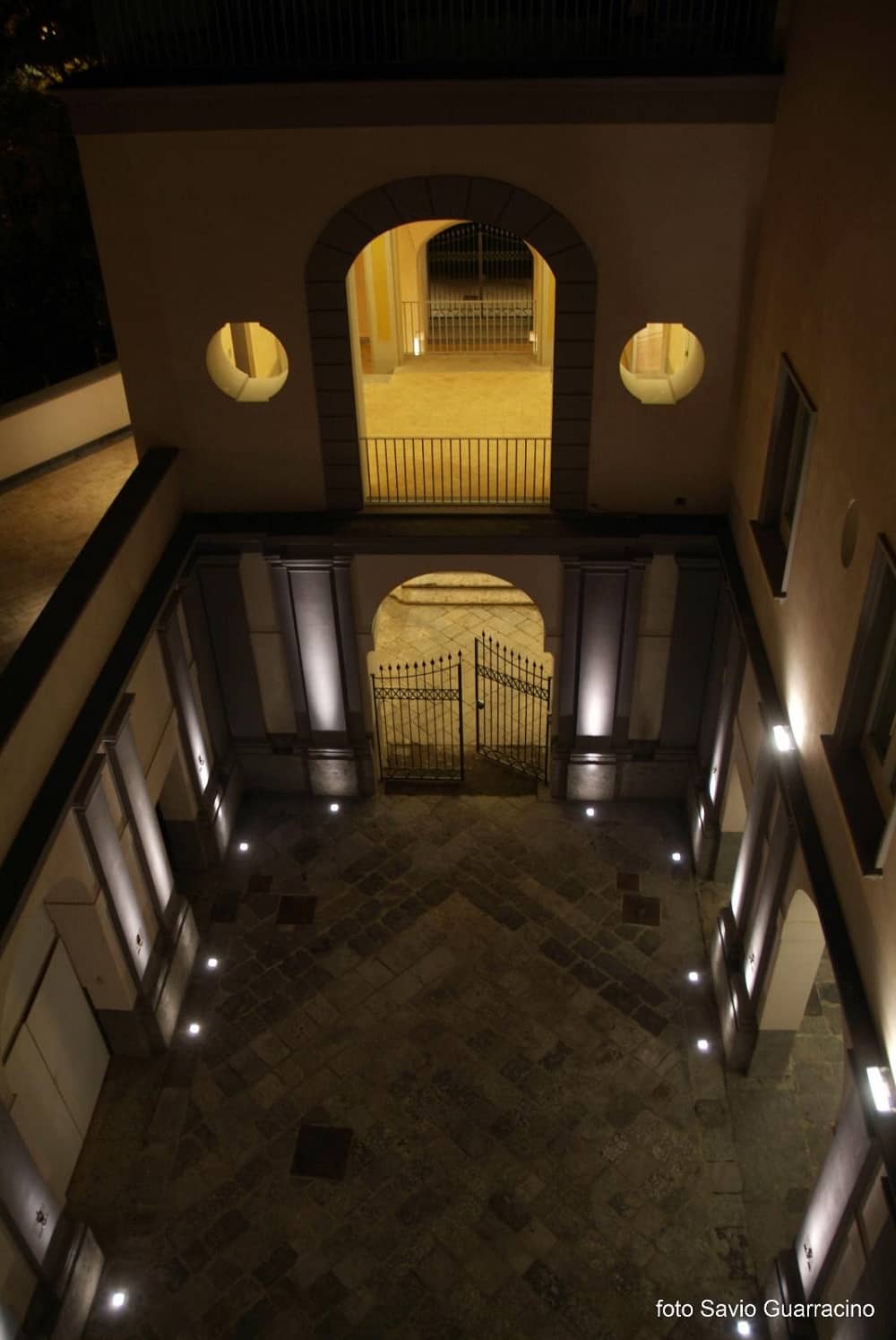 Another proposal is the Villa Avellino, a romantic solution for honeymooners and other target groups.

Villa Avellino is a historic residence in the heart of Pozzuoli that houses refined and comfortable flats that have recently been restored. The exclusivity of the location is the best you can expect to enjoy the beauty of the place and its position.

Located on the promontory that dominates the Pozzuoli seafront, Villa Avellino enjoys a unique view of the gulf and the islands of Capri, Ischia, Nisida and Procida, while at the same time being in close proximity to the city centre, the famous archaeological sites, the shops and the main public transport stations (Metro, Cumana, Metrò del Mare).

The strategic position allows to move in total freedom without having to use the car, for which there is a free internal parking.