Christmas Markets in Piedmont: where you can find the most beautiful ones

Where could you find the most beautiful Christmas markets of Piedmont? Get ready to discover the Xmas atmosphere from Turin to Lake Maggiore.

From province to province, discover in this article the Christmas Markets that make Piedmont glow in December.

Christmas toys and trinkets, candles and all kinds of baubles, but also scents of cinnamon and cotton candy, sweets of all shapes and flavors, caramelized fruit and pancakes. Above all, lots of mulled wine to warm, and cheer, everyone's spirits.

From the shores of Lake Maggiore to the south, in the territory of Cuneo, the whole region lights up festively and prepares to welcome Christmas.

So, which Piedmont Christmas Markets leave you speechless the most? Let our journey begin, ho ho ho.

The most beautiful Christmas markets in Piedmont, starting with its main city 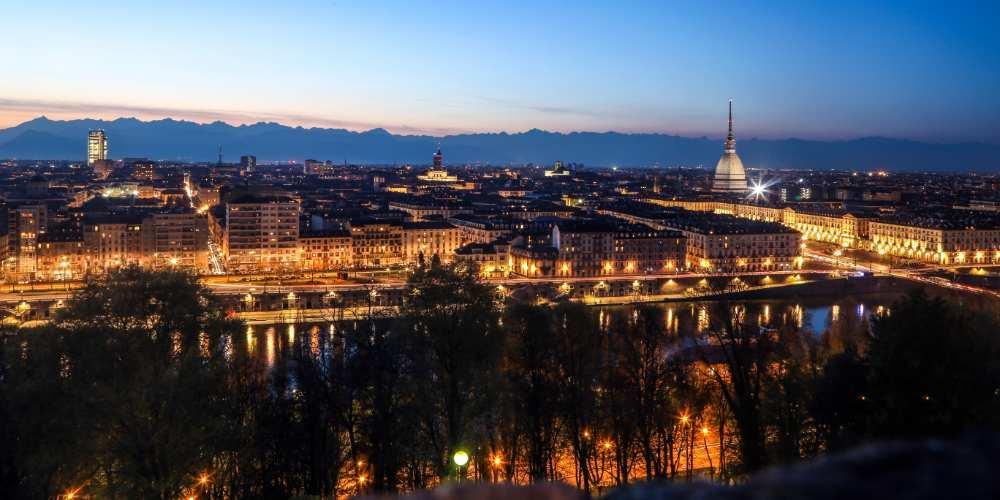 View of Turin at twilight

At this time of year, Turin becomes the queen of Holidays. In fact, the elegance and sobriety of the historic center lights up with an unprecedented liveliness that populates its streets and squares.

In addition, Turin will also host "Luci d'Artista": three new light works, created by world-renowned artists, will decorate the roof of Sant'Anna, the Gardens of Piazza Cavour and the dome of the Basilica in Piazza della Repubblica.

Not to mention that after a few years, the New Year's Concert will also return to the setting of Piazza Castello!

Do we want to discover the most beautiful Christmas markets in Piedmont, starting right in the most important city of the region and its province? Here is our review.

In fact, we cannot but start our journey among the most fascinating Christmas markets in Piedmont from this place. Stupinigi, besides being known for the fabulous Palazzina da Caccia, stages every year "Natale è Reale" (literally, "Christmas is Royal"). And indeed, the experience here is just like a fairy tale.

In addition to the traditional Markets, in fact, Santa's Village is recreated in Stupinigi. To ignite the imaginations of young and old alike, you can see the Elves' village with their workshops, Santa's House, where you can leave your little letter, as well as the mechanical Nativity scene.

Of course, there is no shortage of actual Markets and stalls selling all kinds of delicacies and street food.

Not to mention that the setting in which all this takes place is precisely that of the elegant Palazzina da Caccia di Stupinigi: a royal Christmas to say the least.

Before we reach the center of Piedmont's main city, let's discover another of the most beautiful Christmas Markets in the province.

Let's go to Rivoli this time, just a few kilometers west of Turin.

Here the entire historic center of the beautiful town becomes part of Santa's Village! You will be able to see Santa's little room, the Gnome Room and the Leprechaun Workshop where toys and toys are created.

The trail is also exciting for older children because it is developed along Rivoli's main attractions. From the Rivoli Stairs and the Museum of Contemporary Art, for example, it is possible to get a wonderful overview of the town dressed up for the holidays. The Count Green House, on the other hand, is the oldest in town and hosts children's games, entertainment, story rooms and letters for Santa Claus. Also enriching the experience even more is the frozen pond, where you can indulge in the most joyful emotions.

If the desire is to refresh oneself worthily with all the best that the Markets have to offer, simply head to Piazza Martiri: here the typical little wooden houses offer every local delicacy and all kinds of gift items.

Christmas in the historical center of the main city of Piedmont

A post shared by Natale a Torino (Official) (@nataleatorino)

Turin is breathing a new Xmas atmosphere this year. Instead of planning Markets in the main places of the city, in 2022 the Markets will be spread out.

In fact, an attempt will be made to build an organic route that embraces different parts of the city: in the main squares, however, space will be given to events, such as the highly anticipated New Year's Concert.

Where will it be possible to find the Markets? Certainly in Piazza Solferino, in much of Via Montebello and in the Cortile del Maglio. In Mirafiori Nord, there will be stalls in Piazza Santa Rita and probably in Piazza Carducci. There will probably also be markets in the Barriera di Milano neighborhood in Piazza Crispi and Via Maddalena, and in all likelihood something will be organized in District 5 as well.

Let's not forget the Luzzati nativity scene that will be set up in the gardens of Piazza Don Pollarolo and the videomapping show in Piazza San Carlo.

Christmas markets in the city of 100 Towers, among the largest in Piedmont (and Italy)

Asti is not only the City of 100 Towers, but also a place where end-of-year celebrations are serious business. In fact, it is one of the largest Christmas markets in Piedmont and even in Italy.

Not only that. In this city, the organizers wish to encourage the spread of local food and wine products. Mustards and jams, cheeses and sausages, but also hazelnuts and the famous truffles! Those who want to learn more about the delicacies offered by this land need only go here! Just think that in Piazza San Secondo a small exhibition "PalaTartufo - the Jewels of the Territory" will be set up, dedicated precisely to the delicious truffles.

Anyway, in addition to food and wine, there will be a chance to stroll among more than 120 little Christmas houses and observe everything from the top of the fabulous Ferris wheel (35 meters!).

In addition, on December 8, at the Alfieri Theater, it will be time for "It's Magic Time-Part Two," a real Christmas Gala featuring some Italian famous artists.

If you want to enrich your visit even more, why not take a guided tour of Asti accompanied by an elf? And this very experience brings us to tell you about Cuneo and the Magical Christmas Village of Govone.

Best Christmas Markets in the Green city of Piedmont 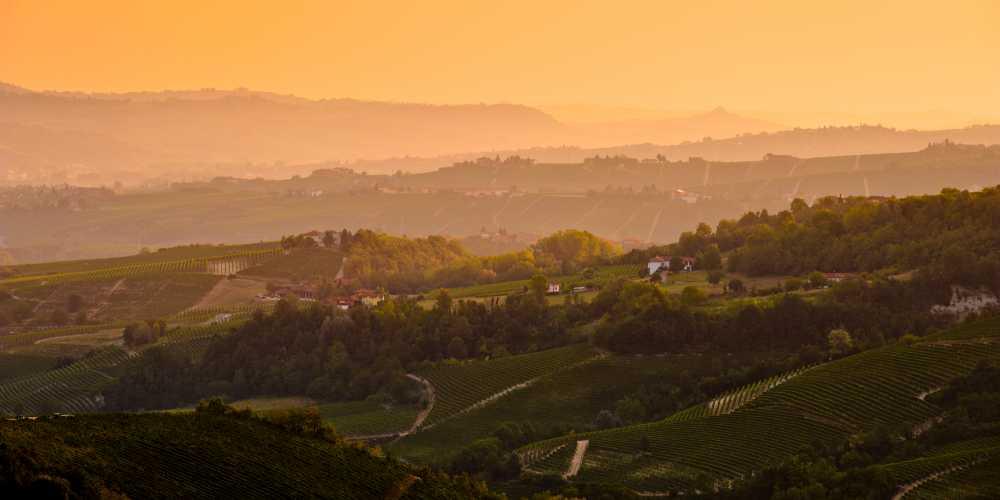 View of the marvelous Langhe area

The province of Cuneo also promises to sparkle during the holiday season.

The Cuneo area, in fact, is dotted with Christmas Markets large and small, some of which really deserve special mention. We have Marmora's Markets in Music, in the picturesque scenery of the mountains of Cuneo, the magical Market in Saluzzo, with numerous events, fairs and exhibitions, as well as the characteristic little wooden houses of the Markets. The Langhe lights up thanks to the beautiful Christmas Village in Monticello d'Alba and, above all, thanks to the well-known Covone Market. Let's see it!

The beautiful setting of the Langhe - Roero hills offers the 16th edition of what has been named among the 10 Best Christmas Markets in Europe (according to the organization European Best Destinations). Want to know why?

Inside the Castle of Govone, one of the ancient residences of the Savoy family, numerous activities are staged. Above all, every Saturday and Sunday you can watch the musical "La Casa di Babbo Natale" (literally, The House of Santa Claus), self-produced and developed over several settings, led by director Vincenzo Sant'Agata. The musical, to everyone's delight, will feature "The Great Burzee Forest Tree".

In Covone, however, you can also visit the "Christmas at the House of Savoy" exhibition inside the Royal Castle, where the tradition of the Christmas tree brought by the Savoy family from Northern Europe is told.

There will also be the "School of Elves" theater, where the little ones can have fun and learn how to become real "professional Elves." 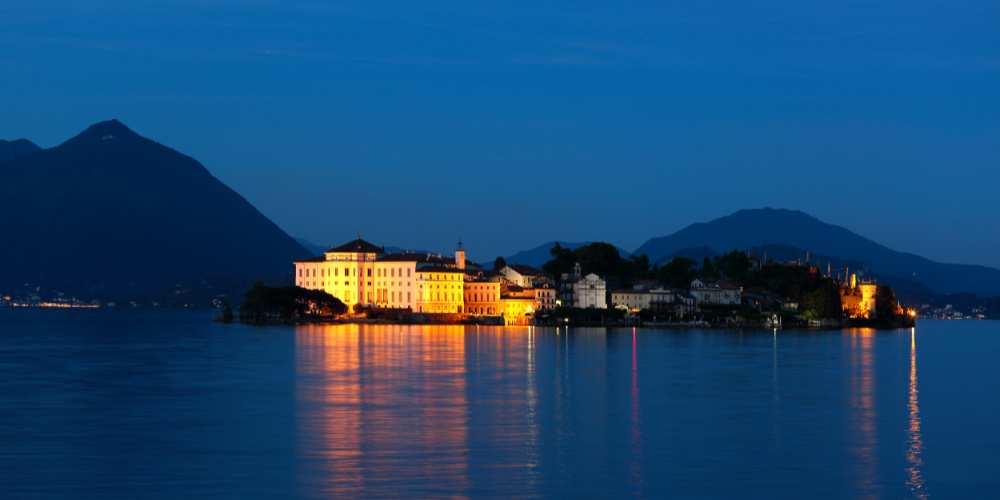 Not to be missed in this overview of Piedmont's most beautiful Christmas markets are those taking place in the northern part of the region.

Embraced by the fairy-tale setting of the Lake Verbano (or Maggiore), lights and shows are staged again this year in its most picturesque villages.

From Villa Giulia in Verbania, where children are entertained with stories of Snow Princesses and Santa's room, to Baveno, with the Great Nativity Exhibition and the fabulous reconstruction of Bethlehem inside an underwater Nativity!

Among the most interesting locations, however, certainly Ornavasso and Stresa. What happens in these two towns?

The real Santa's Grotto in Ornavasso

What is Santa's Real Grotto? It is a totally immersive experience where young and old are welcomed along a magical path through woodland trails, squirrels, underground tunnels, gnomes and, finally, Santa Claus. In fact, you will actually get to see the real Santa Claus parading with reindeer! The event is beloved and welcomes visitors from all corners of Italy and Europe.

There are also numerous producers and artisans busy curdling cheese or working with wood. There is no shortage of Toyland and the Toy Factory where every child can find something to satisfy their imagination.

At the end of the walk, you can visit Santa's True Grotto: it was carved out of the underground quarry from which the marble of Milan Cathedral was also extracted.

There are numerous "Renna Express" connections from downtown Ornavasso to Santa Claus Park to facilitate the visit.

Christmas markets in front of the Borromean Islands

We cannot but conclude our scenic tour of Piedmont's Christmas Markets with another queen of the holidays. We are talking about the town of Stresa, in front of the fabulous Borromean Islands.

Stresa, already stunning at any time of the year, is transformed even more and gives its visitors spectacular markets.

There will be the Christmas Luna Park with a Ferris wheel that looks out over Lake Maggiore, but also the Palace of Games under the Tree, with more than 100 creative games!

The meeting with Santa Claus inside the "Nymphaeum of the Continents" cannot be missed. Here Christmas meets Disney and some of the most beloved princesses will put on a great show dedicated to Christmas around the world.

And if the Markets are beautiful when experienced while strolling around Stresa, they are even more atmospheric when viewed from the Lake: in fact, cruises are organized aboard the 1904 Steamship Piemonte that depart from Stresa and reach the beautiful Borromean Islands.

When. November 19 to December 26, 2022 (every weekend). Cruises are organized in the afternoons of December 3 and December 10.

So here are what are and where to find the most beautiful Christmas Markets in Piedmont:

- "Christmas is Royal" inside the Palazzina da Caccia di Stupinigi, Turin;
- The markets in Rivoli, where Santa's Village envelops the historic center entirely;
- In the historic center of Turin, many events will be spread and developed among the different districts of the city;
- In Asti, among the largest market in Piedmont (and Italy!);
- The Markets of Cuneo and the Langhe, including the famous Magical Christmas Village of Govone;
- Santa's True Grotto in Ornavasso where you can become a child again;
- The events taking place in Stresa on Lake Maggiore with the opportunity to ride the Ferris Wheel and reach the Borromean Islands aboard a 1904 Steamship.