Certaldo, the medieval village of Boccaccio

The medieval village of Certaldo is one of the most characteristic places in Tuscany and in the Val D’Elsa. The historic village is located a few kilometers far from Florence and hosts a large number of buildings and places of historical and artistic interest.

A picturesque atmosphere envelops the streets of Certaldo and the historic buildings, preserved in an impeccable way, evoke a unique medieval environment in which art and history embrace each other. Certaldo is also famous because it's the birthplace of Giovanni Boccaccio, one of the most authoritative and appreciated poet and writer of all time. The link between the famous storyteller and the splendid village is evidenced by a series of places of interest that bear his name and which are worth visiting.

The history of Certaldo

Starting from the Middle Ages, Certaldo developed as a castle on the top of a hill, the building was built to control and defend the Val d’Elsa. The first written source on the Castle of Certaldo dates back to 1164 and was granted as a fief to Count Albertini by Emperor Frederick I Barbarossa. In the following centuries, the castle expanded into a village and constructions began to develop also in the plain below. Today Certaldo is divided into two distinct areas, Certaldo Bassa represents the modern part of the town while the historic core takes the name of Certaldo Alta. In 1999, the funicular connecting the lower to the upper part was inaugurated, the realization of the project facilitated the climb along the hill and increased the tourist interest of the town. 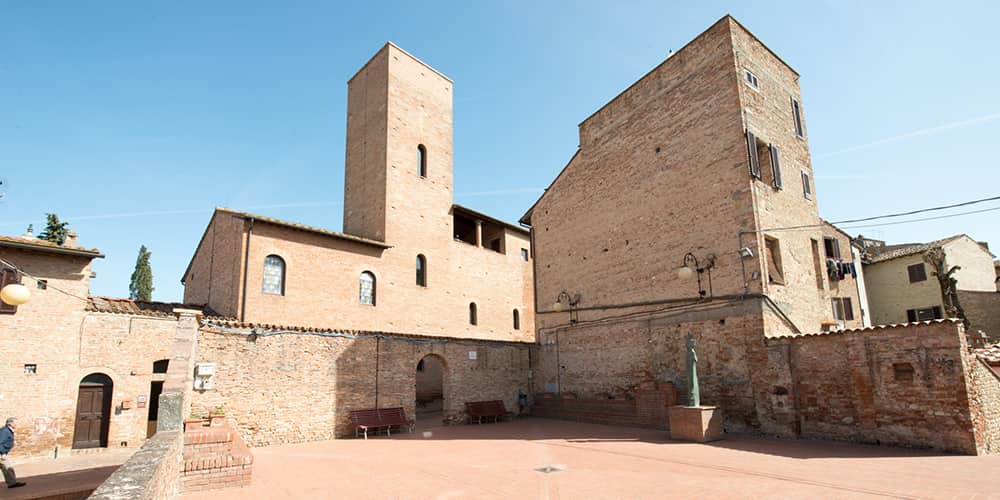 Giovanni Boccaccio was one of the most influential poets and writers in the history of Italian literature and beyond. Among others, Boccaccio is remembered for having written the Decameron, his most famous work by him and known throughout the world for being a masterpiece of the fourteenth century and forefather of prose literature. The poet was born in Certaldo in 1313 and died there in 1375. Boccaccio's house is today one of the must-see destinations when visiting the Tuscan village. This is the house where, according to tradition, the storyteller lived the last years of his life. Boccaccio's House is home to the museum managed by the Boccaccio National Organization and houses a large library based on the artist's works. In addition to the library, inside the museum it is possible to admire the Poet's Room and the famous fresco by Boccaccio in his study, created by Pietro Benvenuti in 1826. 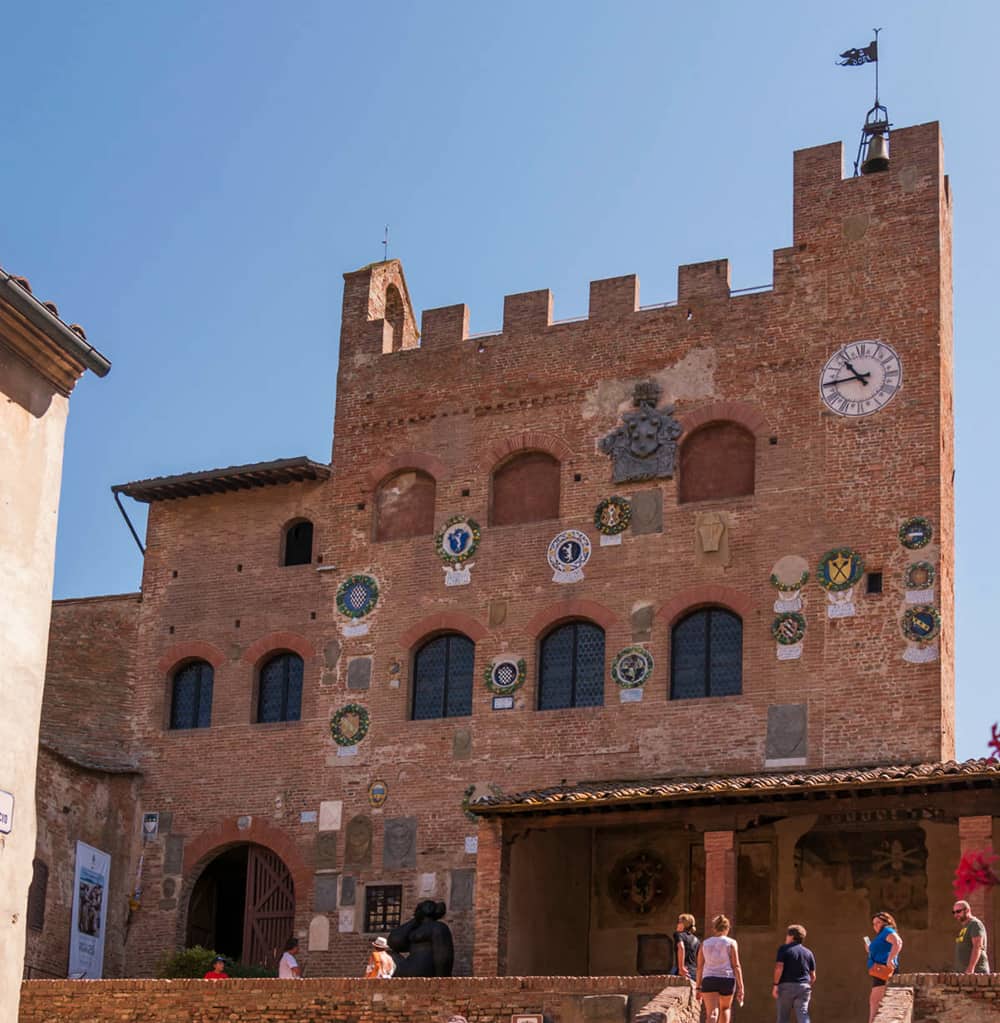 Palazzo Pretorio is a fifteenth-century building, which has become the symbol of Certaldo. The building has a brick facade studded with terracotta coats of arms belonging to exponents of the Florentine families. Over the years, the Palace has undergone various reconstruction works, the current appearance can be traced back to that of the fifteenth century when it was the seat of the Vicariate of Valdelsa. Today the Palace can be visited through an exhibition itinerary, along which it is possible to admire the audience hall, the civil and criminal prison, the chapel of the condemned. Among the places of interest are the Sala del Vicario frescoed by Pier Francesco Fiorentino and the Japanese garden created in the courtyard of the building, a modern design work created by the artist Hidetoshi Nagasawa.

Church of Saints Jacopo and Filippo 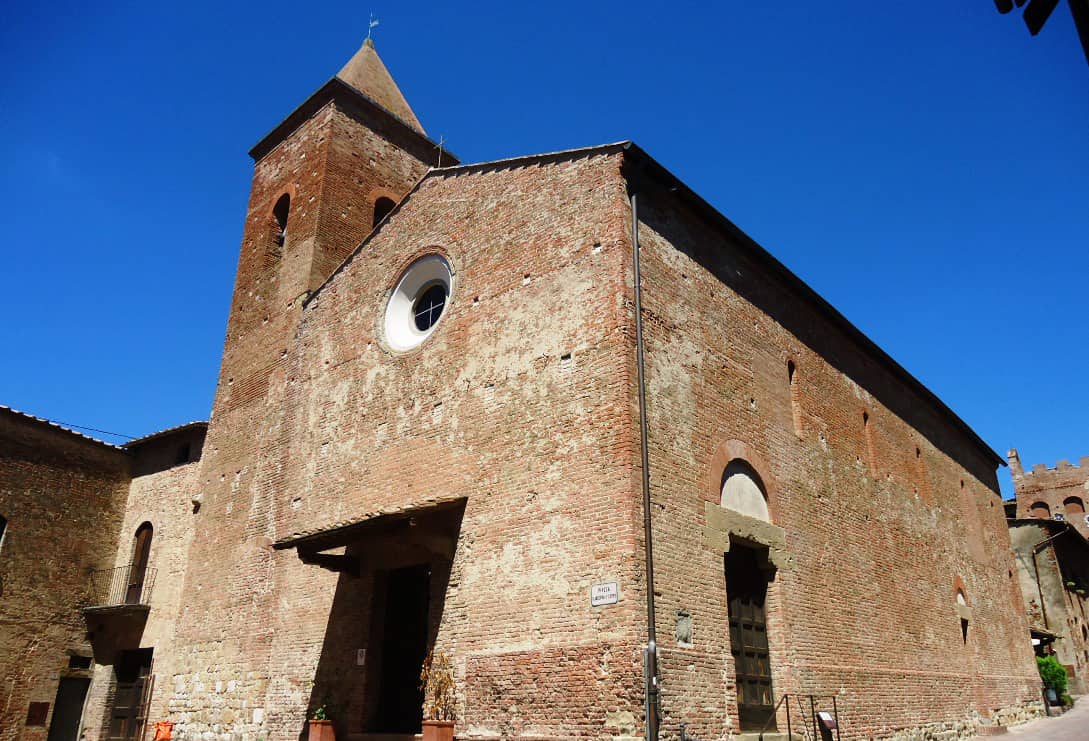 Between Boccaccio's House and Palazzo Petrorio, there is the Church of Saints Jacopo and Filippo, another place of interest in the heart of the village of Certaldo. The small Romanesque church was built between the twelfth and thirteenth centuries. The church is flanked by a convent complex enriched by a cloister of brick columns dating back to the fourteenth century. The building consists of a single nave in the center of which is the tomb of Giovanni Boccaccio, adorned with an ancient bas-relief by the sculptor Mario Moschi. Under the apse, you can admire the Petrognano Crucifix, a work of inestimable artistic and religious value dating back to 1240.