Bagheria: the Villas, the Movies and he Characters

If the name Bagheria does not suggest you anything, you will surely know Baarìa, the Sicilian name of the village chosen by the director Giuseppe Tornatore for the homonymous cinematographic masterpiece. Bagheria is also known by famous characters and designers.

Bagheria, in sicilian Baarìa, is a village near Palermo. Not everyone knows that the little city, not only became famous thanks to the homonymous movie by the Sicilian director Giuseppe Tornatore, but also other characters spent a part of their life here. The painter Renato Guttuso born in Bagheria, the writer Dacia Maraini lived there during her childhood and wrote a book entitled Bagheria, photographers and famous designers choose the village to express their art.

Here are three of the most famous Villas and their story.

Villa Palagonia, is the emblem of the baroque suburban architecture in Sicily. Eccentric, strange, superb, it was built in 1715 by Prince Don Ferdinando Gravina and Bonanni in Palagonia, and throughout the 1970s, it was one of the favorite destinations of the travelers of the Grand Tour. The characteristic that makes the villa so strange but fascinating are the numerous statues scattered on the walls: in hard stone, they represent figures of all kinds, dragons, snakes and scary animals, knights, dame, musicians, and caricatures. This style was desired only by the nephew of the prince, Francesco Ferdinando, who, being very ugly, for revenge, made caricatures of friends who attended the villa. The villa is accessed through an arc with statues of warriors on either side. The Hall of the Specks, with its colored marble parts, is a collection of the ancestors of the family and the kings of all Europe. The entrance to the hall is filled with mirrors with paintings of fantastic birds, fruit, and flowers. The remaining rooms contain frescoes on mythological issues. 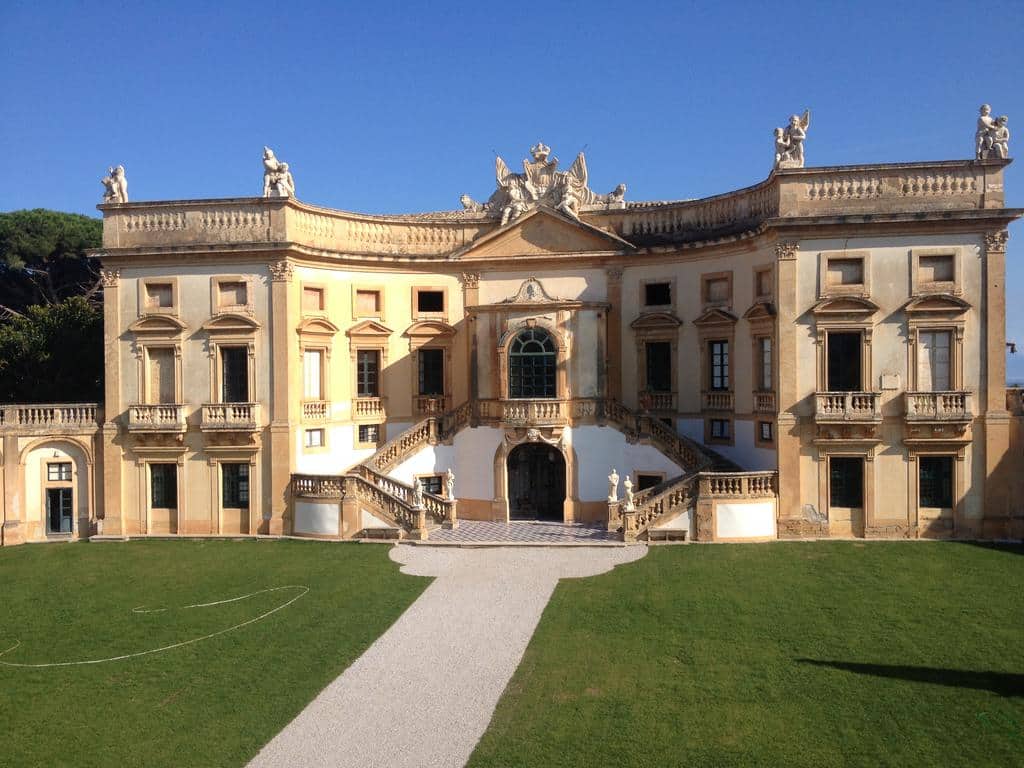 Villa Valguarnera, belonged to the Prince Alliata of Villafranca, completed in 1783. The style is neoclassical and austere. Its architectural form would indicate a path of ascension to the sky since it is on the so-called montagnola from which overlooks Bagheria

Recently, the villa was the subject of the Dolce & Gabbana advertising, with the direction of  Giuseppe Tornatore, Ennio Morricone's music, and Sophia Loren's extraordinary participation. 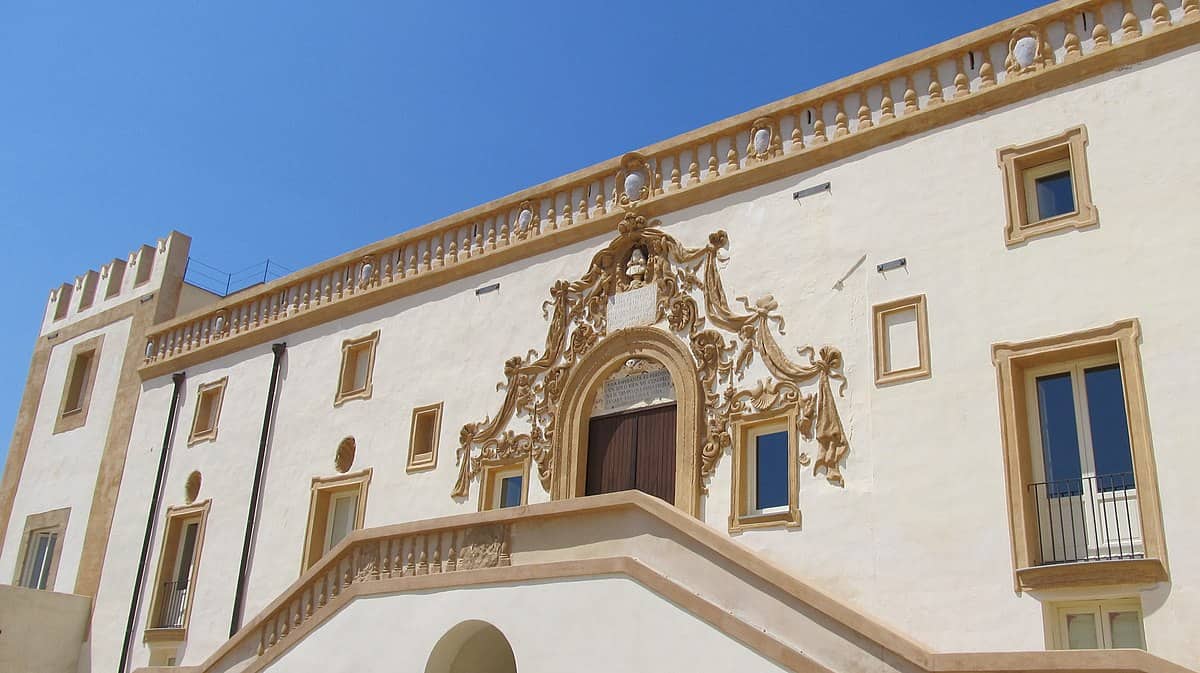 The palace is the oldest in the village. When, in 1658, Giuseppe Branciforte, Prince of Pietraperzia and Leonforte, Knight of the Golden Flight, lost hope of having the throne of Sicily, decided to stay as a hermit in the land of Bagheria; indeed in the main door there is the engraving which celebrates the event that said " O Corte a Dio"His rich living rooms, with frescoes and precious crystal chandeliers, evoke a lost time of patriotic parties with dame and knight as in the Visconti Gattopard (some scenes were filmed inside these rooms). The terraces, with old iron bars and maiolicas, are well conserved, and on 14 July here it is possible to enjoy the firework for Saint Rosalia celebrations.