Aril, the shortest river in Europe

Italy is a country that holds many records. It boasts some of the oldest cities and universities, archaeological heritage and unique landscapes in the world, as well as art masterpieces and timeless characters. But it also includes places with very unusual records. Like the Aril, the shortest river in Europe. 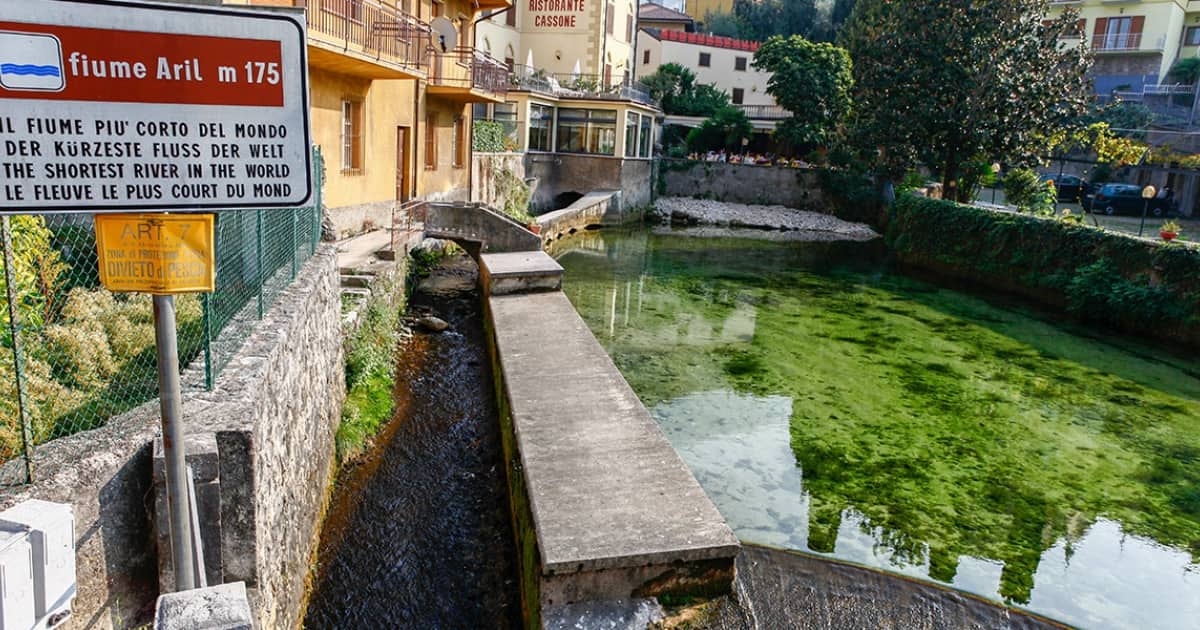 Aril is one of the 25 tributaries of Lake Garda. It flows near its north-eastern shore, in the province of Verona and is also called Ri by locals. It comes from a resourgence at the foot of Monte Baldo, and then flows directly into the lake basin. This route has a total length of 175 meters, making it in fact the shortest river in Europe. A billboard in four languages near the course presents it as "the shortest river in the world". Actually, there are some other rivers just 20 meters long, but it is appropriate to distinguish between torrent and river, which, as in the case of Aril, represents a continuous watercourse with a more or less constant flow rate. 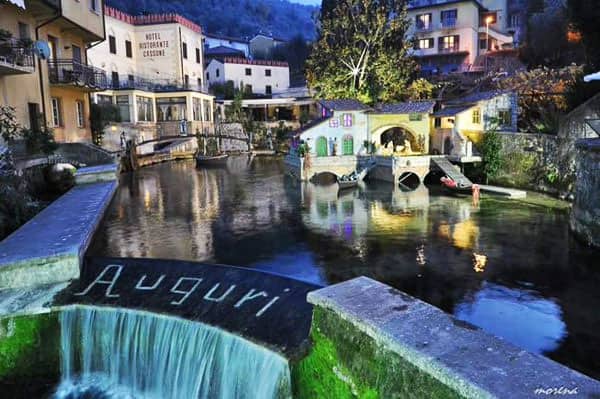 The record of "shortest river in Europe" is not the only peculiarity ofthe Aril. It has other characteristics that make it unique. Like the pond near the resourgence, declared a protected fishing reserve, because of the presence of trout that go up the river to breed. Furthermore, during the Christmas period this place is transformed, becoming a beautiful floating nativity scene. The installation is really impressive and the setting, much wider than the river bed, extends from one side to the other. The landscape is finally enriched by the views of the village of Cassone. Cassone (Casòn, in Venetian language) is one of the hamlets of the municipality of Malcesine. It is the village in which flows the Aril. The resourgence is in fact located right inside the historic center, as well as the protected fishing reserve. The origin of the town probably dates back to Early Middle Ages, and among the ancient buildings there is a church from 15th century. The river has always had a significant impact on the economy of the village. Until the beginning of the 20th century its resourgence fed a power plant and two water mills. While today attracts more and more tourists intrigued by the particularities of the place. 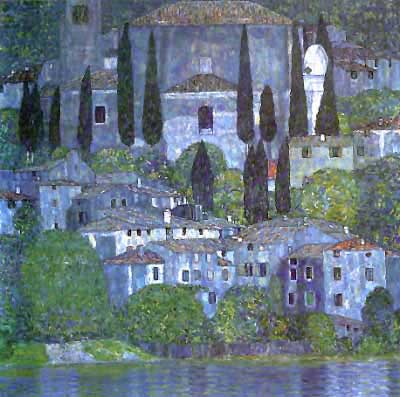 This place still hides some very attractive views. In just 175 meters of water, you can admire a small but graceful waterfall and three bridges that join the two sides. Inside the village of Cassone, crossing the picturesque alleyways, you reach the Museum of the Lake, which collects and tells local historical traditions related to the river and Lake Garda. Next to this point, just where the Aril flows into the lake, there is a beautiful small harbour, where the is still preserved the old water mill. In short, it is not simply a useless record end in itself, but a very characteristic site, which always aroused amazement and emotion. This is witnessed also by the famous Gustav Klimt, who in 1913 portrayted to this glimpse in a splendid painting entitled Church in Cassone sul Garda.