What to visit in Apulia to avoid crowd: 6 places almost unknown to spend your summer holidays.

Apulia (in Italian Puglia) is one of the favourite destinations for Italians to spend their summer holidays.

This results from a report of the agency Marketing 01, one of the 30 Google Premier Partner in the world, that shows a great success of Apulia in web research on Google. The research rate of the keywords "Puglia" and "Sardegna" (in English Sardinia) increases by 23% from week to week, encouraging rate for tourism industry of the region after lockdown.

This could be a positive sign of recovery for the country, although travellers need some different itineraries to visit the amazing Apulia without meeting crowd.

So, here you are 6 destinations less known to discover the beauty of Apulia without crowd:

In Capitanata (an area around Foggia, an Apulian province) there are amazing places that look like gems and Monte Sant'Angelo is one of those. The latter is perched in the hill, it is inhabited by a few persons and it still has the charm of the ancient mountain towns. Monte Sant’Angelo is a place full of history and spirituality watched over by the Archangel Michael in the sanctuary considered as the most suggestive places of pilgrimage in Apulia. The sanctuary, founded by Longobard, is in the cave where, accordig to the tradition, the Archangel appeared, as an evidence of people devotion to the Angel.

It would seem unbelievable, but Altamura, the famous city of the Apulian bread, could be one of the best destination to vist Apulia without crowd. The ancient city still mantains its original characteristic as a medieval village with its alleys and, above all, its great Cathedral built by Frederick II. By exploring the town it is possible to see bakeries with ancient ovens which date back to 1400. In these shops it is possible to taste local food such as bread and a special kind of focaccia (a flat oven-baked Italian product) made with onions, tuna, anchovies, capers and tomatoes. It is really delicious!

Besides, archaeology and trekking lovers could satify their passion too. In fact, the Archeological Museum is always free and preserves the reconstruction of the famous Man from Altamura, a skeleton of a Neanderthalian man founded nearby the town. It is considered as one of the most ancient in Italy since it dates back to more than 120.000 years ago. 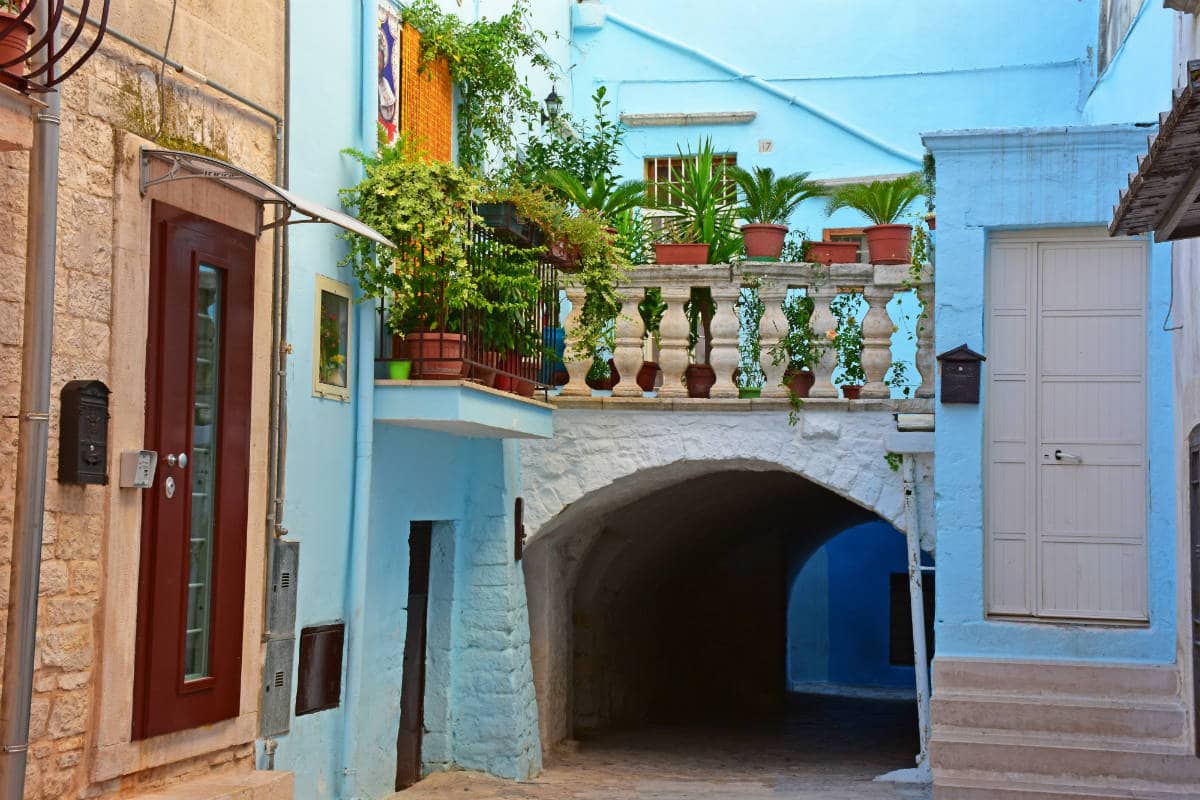 Very few people know that Apulia is closely linked to India, Israel and Morocco by Casamassima. In fact, about 18 km far from Bari there is a little town whose houses are all painted in blue. Casamassima is also known as "the Italian blue city " just because of this bizarre color of the houses. According to leged, in the past the laundresses of this town added some blue powder to the laundry water in order to avoid the yellowing of clothes. Then, the same water was mixed with the limestone used for walls and, for this reason, nowadays houses still have this particuliar and impressive color. In fact, Casamassima is linked to India and Morocco since it is possible to find amazing blue house in Jodhpur (India) or Chefchaouen (Morocco) too. 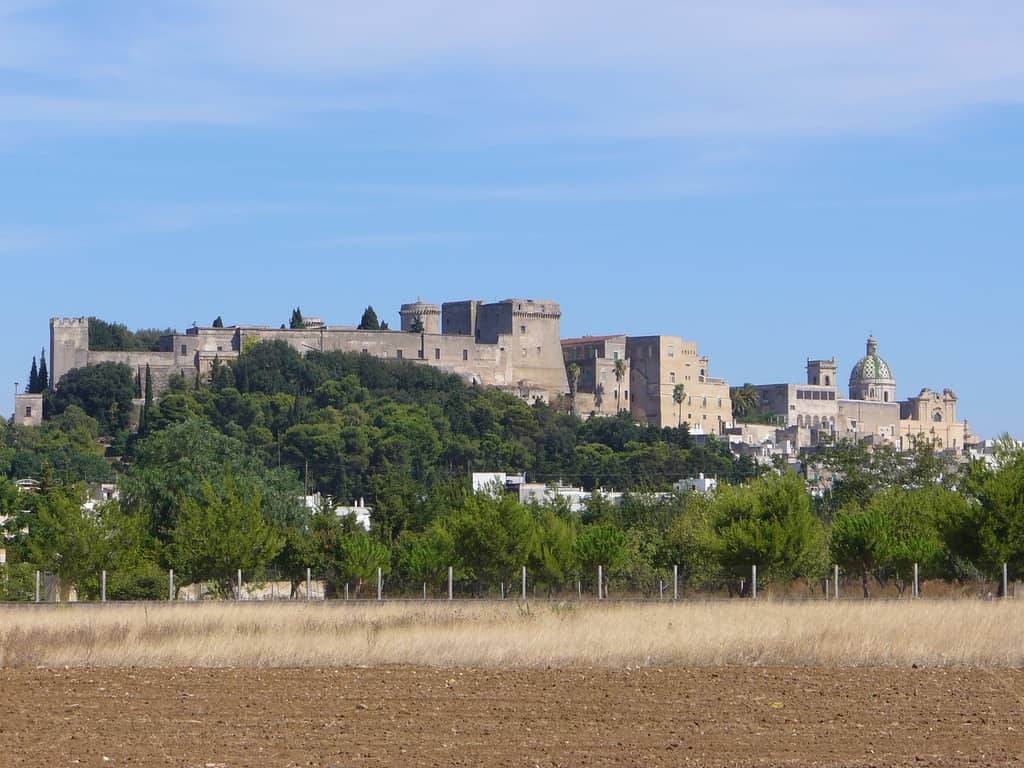 Oria is located along the Appian Way, in the province of Brindisi. Oria is an ancient political capital of Messapian population. Here, tourists can appreciate the beauty of the „Castello Svevo“, an ancient castle buily by Frederick II. Besides, they can walk among the alleys of the medieval town, across the Jewish quarter, to finally reach the Basil which owns the Crypt of Mummies. This place is really impressive and scary and it specifically preserves the mummies of the Confraternity of Death’s members. The latter, in the past, defended the town from the turkish invasions of 1500.

Manduria is considered as the motherland of one oft he most famous wines in Italy, „Primitivo“. For this reason, Manduria is the best place for wine and alternative itineraries lovers. In fact, here, there is the Museum of Primitivo, in which time seems to have stopped thanks to the presence of ancient objects used by farmers to grow grape and produce wine. By reservation, the museum also organizes some wine-testing in order to introduce tourists to the art of wine production of Apulian wineries. Manduria has an amazing medieval historical center, a labirinth of narrow alleys with nobiliar palaces, tradition, history and archaeology. In fact, over the years many archeological remains have been discovered such as the Massapian village, cemeteries and, above all, the great walls of the Park of Messapian walls.

Gravina is a suggestive little town nearby the region of Basilicata. Recently, it has become very famous thanks to its Bridge of the Aqueduct that links the town with the Alta Murgia Park. This bridge was chosen last year as a spectacular set for some action scenes in the last James Bond film. Gravina is a characterised by the Apulian authenticiy where it is possible to breathe pure air. This town is completely carved into the rock and, for this reason, it is called „The Apulian Matera“. The principal attractions are the ruins of the „Castello Svevo“ and the church of Saint Michael in Cave. Besides, there is also the particuliar rupestrian landscape (a place full of ancestral charm), caves and canyons which embrace the town. Finally, there are several chances to discover the surrounding area thanks to organized trekking tours.