6 crooked buildings to see in Italy

Architectural ingenuity and intelligence, or yielding of the foundations over time? In both cases, buildings, bell towers, palaces and monuments are always an interesting, incredible and fascinating work of art created by the human being, which strikes precisely for its peculiar inclination and the strength to remain standing despite defying the laws of physics. 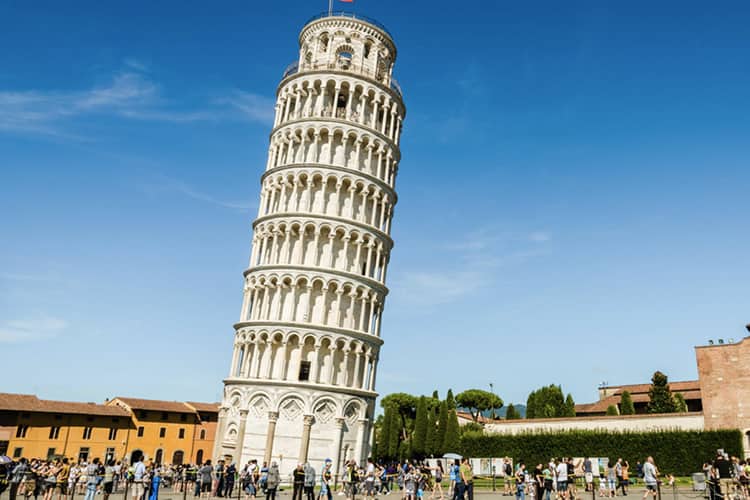 Built in 1173 and inaugurated in 1372, the Tower of Pisa (commonly called the leaning tower) is the best-known crooked building in Italy and abroad and the iconic building of Pisa. It's part of Piazza dei Miracoli, also known as Piazza del Duomo, declared a World Heritage Site by UNESCO. With its 56 meters high, nine floors and seven bells, it is the bell tower of the adjacent Cathedral of Santa Maria Assunta. The cause of its slope derives from the clayey and its sandy soil: it began to incline at the beginning of the construction of the third floor, temporarily interrupting the works. Consequently, the upper floors were built with a curvature in the opposite direction to the slope.

Tower of Asinelli and of Garisenda, Bologna 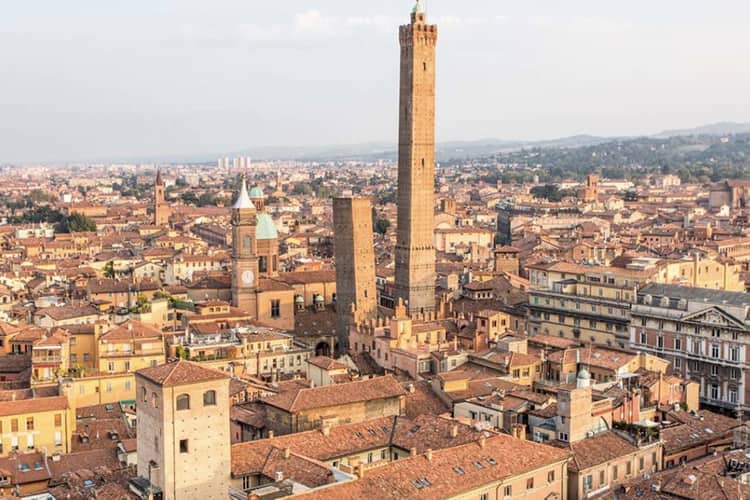 In medieval era, Bologna (as well as other cities in the Po Valley), could boast of an urban panorama that included about one hundred and fifty towers. They had not only a strategic purpose from a military point of view, but they reaffirmed, in an architectural sense, the prestige of their respective owner families. Today there are few real testimonies of that era, including the Tower of Asinelli and the Tower of Garisenda, both built starting from 1109 and hanging on opposite sides. They're located next to each other and mark the entrance to the historic city centre. Both towers have withstood various events that could have caused the collapse, but today they are still standing, acting as guardians of the city. 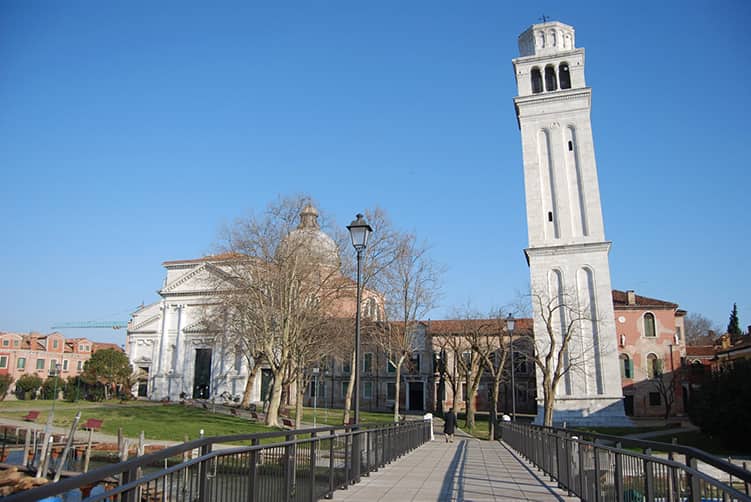 In Venice, a city full of churches and respective bell towers, there are some leaning buildings due to the soft and muddy ground on which they built it. One of these is the bell tower of the Basilica of San Pietro di Castello, located at the north-eastern end of Venice, on the small island of San Pietro in the Castello "sestiere", not far from the Arsenale docks. The construction of the bell tower dates back to the second half of the 1400s, and after being struck by lightning, they covered in Istrian stone.

The leaning house of the Parco dei Mostri, Bomarzo 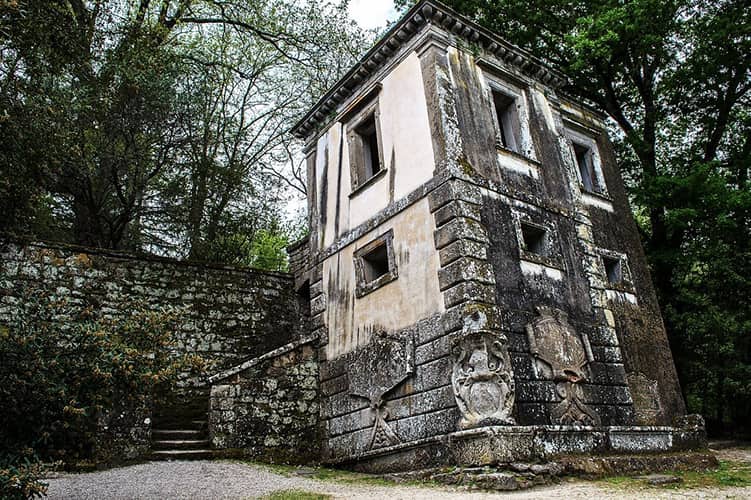 Bomarzo is a small town in the province of Viterbo, in the Lazio region. It's famous from a tourist point of view as it hosts one of the most evocative parks in Italy: the Parco dei Mostri (Park of Monsters), also called Sacro Bosco or Villa delle Meraviglie, a monumental complex surrounded by nature with basalt buildings depicting mythological animals, divinities and monsters. Inside the park, one of the main attractions is the leaning house, a small building: inside it, it is also possible to enter, deliberately leaning and built on an inclined boulder: it's believed that the entrance to the park was right at the house, causing bewilderment and nausea to those who try to enter it due to the irregularity of the interiors and flooring. 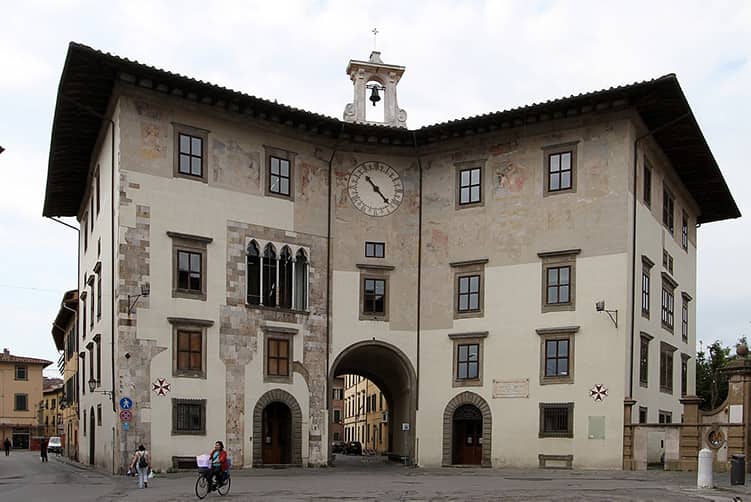 In Pisa, it's not only the homonymous tower that is leaning but also the Palazzo dell’Orologio. The palace overlooks Piazza dei Cavalieri, the second most important square after Piazza dei Miracoli. Its particular architecture results from the merger of two medieval towers: the present building is the sum of the merging of the two neighbouring buildings through an arch with the clock. You can see the slope very quickly by looking at the building from the front since both towers lean towards each other and find a junction point in the central part, precisely the clock. 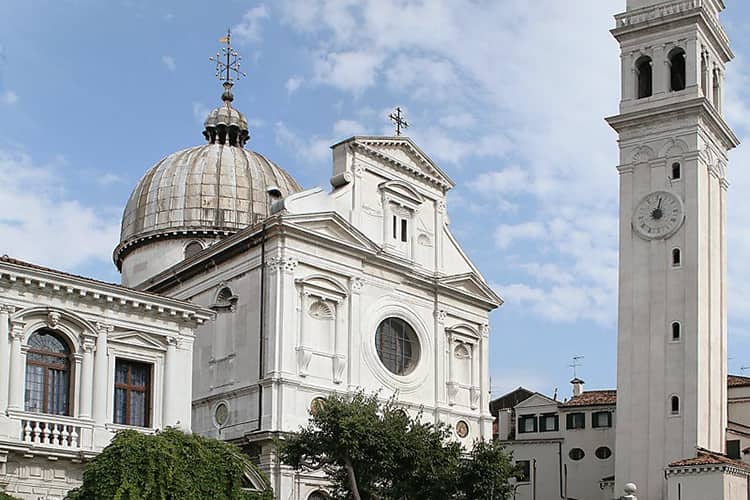 Located in the Castello sestiere, near the church of San Zaccaria and in correspondence with the Rio dei Greci, the Church of San Giorgio dei Greci Built includes a bell tower in Istrian stone built between 1587 and 1603. It's pending due to a collapse of the foundations. It took place from the earliest stages of construction and before the belfry was completed.