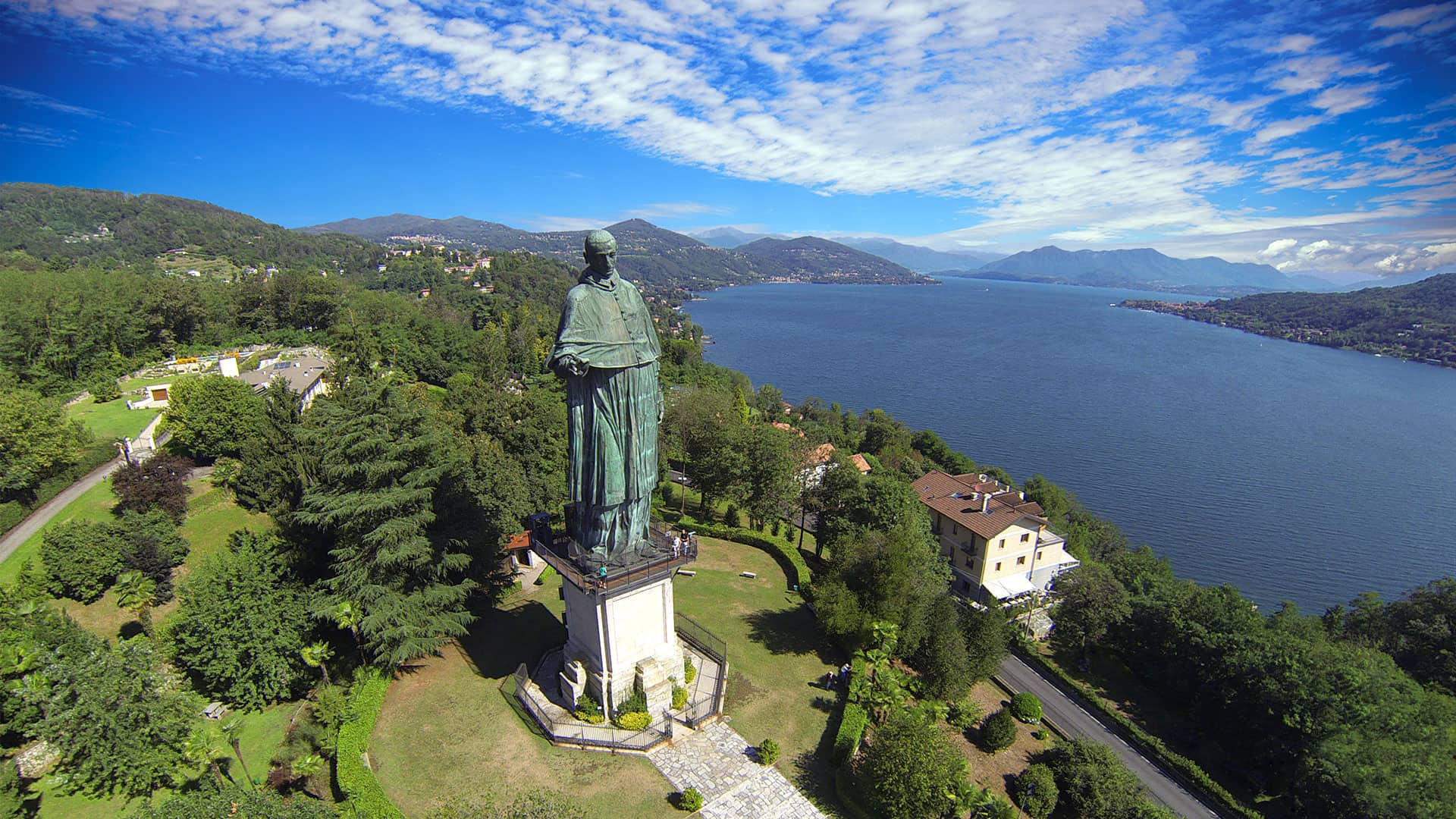 Arona, in the province of Novara, is one of the most enchanting villages on the shores of Lago Maggiore, impossible not to fall in love. Since 2018 recognized as one of the most beautiful villages in Italy, Arona has much to offer tourists despite the small size. The Lungolago Marconi, completely pedestrian, is ideal for a walk on the shores of Lake Maggiore. Arrived in Piazza del Popolo, the main square of Arona, after visiting the historic center of the city you can stop in one of the many places to taste the typical specialties of the area or just to drink an aperitif. Above the city on the Sacro Monte di Arona we find the Colossus of San Carlo Borremeo also known as "San Carlone". Inside, the copper and bronze statue reaches 35 meters high, giving visitors an incredible view of Lake Maggiore. The story goes that Frederic Auguste Bartholdi, before building the Statue of Liberty in New York, studied this Colossus. Finally, do not miss the park of the Rocca Borromea di Arona with the remains of this important medieval fortress. Not too far from Arona, past the province of Novara, we find another small pearl of Lago Maggiore: Stresa. Surrounded by nature, Stresa offers tourists a unique panorama combining the beauty of Lago Maggiore with a particular glimpse of the Alps. Its lakeside promenade is characterized by the presence of luxury hotels that will surely catch your attention. In one of these, Ernest Hemingway stayed for some time after the war. Main attraction of Stresa, beyond the Isole Borromee which we will talk about later, is Villa Pallavicino. Designed and built as a private residence of Ruggero Bonghi in 1855, it became a wildlife oasis only from 1955 by decision of the Pallavicino family. Here you can visit both the botanical garden and a zoo with over 50 different species of animals. We especially recommend this visit to families with children to give your children a day in close contact with nature and animals in total freedom.

The Rocca of Angera

On the Lombard side of the lake, in the province of Varese, we find the Rocca di Angera. Fortress of medieval origin, overlooking Lago Maggiore, over the centuries has had a strategic importance especially from the military point of view. Entirely preserved in contrast to its sister in Arona, it now houses the Doll Museum and the Toy Museum. Among the rooms dedicated to the two families historically owners of the fortress, first the Visconti and then the Borromeo, we point out in particular the Sala della Giustizia. Here you can see a series of frescoes by the "Maestro d'Angera" dedicated to Archbishop Ottone Visconti. Do not miss the view from the two towers, the Principale and that of Giovanni Visconti. 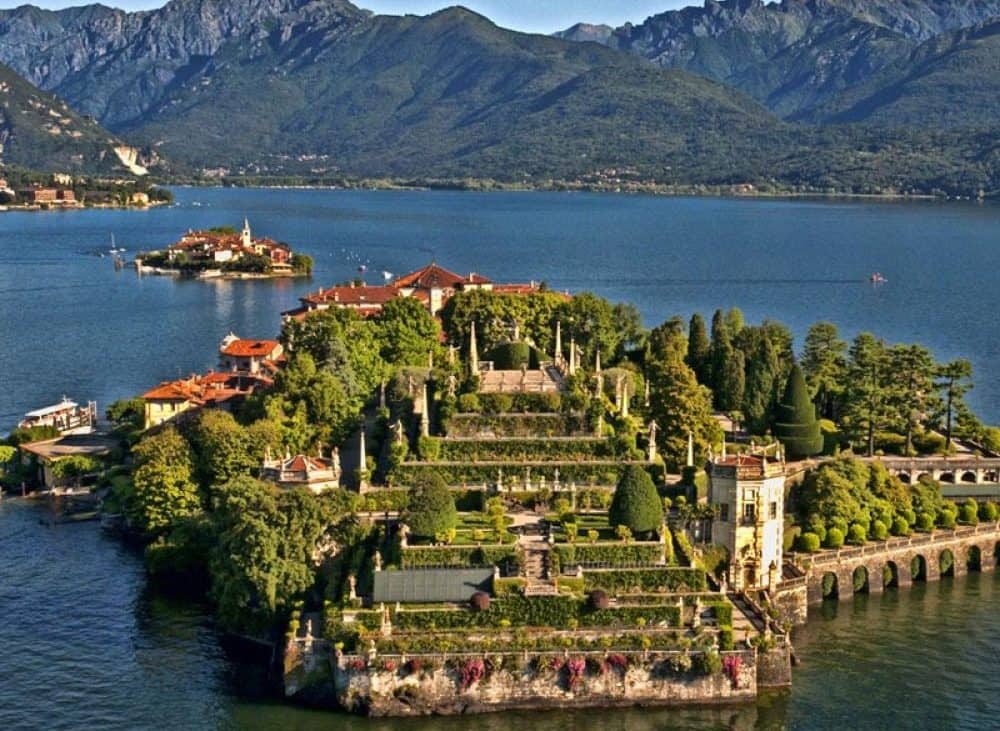 Just Stresa is the most convenient starting point to reach the Isole Borromee, another unmissable destination on Lago. Maggiore. Isola Bella, Isola Madre and the Isola dei Pescatori are islands very rich in history. Since 700 the main European noble families have always loved to spend their holidays here. Thanks to the current buildings is due to the Borromeo family, which still owns Isola Bella and Isola Madre called "the sisters" of Lago Maggiore.  On Isola Bella it will be possible to visit Palazzo Borromeo and its splendid garden, here Napoleon also stayed and, after his visit, a room was dedicated inside the palace. The Isola dei Pescatori is currently the only one populated. Also known as Isola Superiore, it will conquer you with its narrow alleys where, in small shops, you can buy local handicrafts. 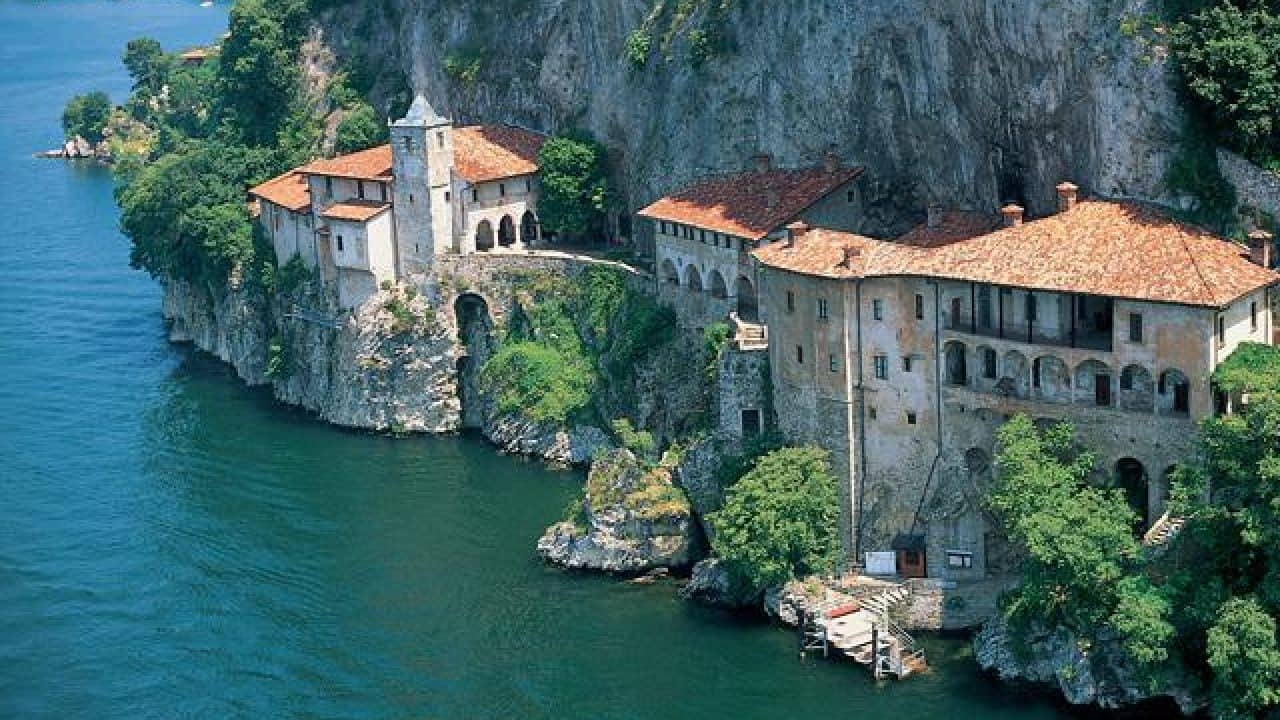 On the eastern side of the lake, in the municipality of Leggiuno, stands the Eremo di Santa Caterina del Sasso, one of the most fascinating places of Lago Maggiore. Built in the twelfth century by the will of the merchant Alberto Besozzi, now Blessed, in honor of Santa Caterina of which he was particularly devoted. It's currently run by a group of Benedictine. Overlooking the lake, the Eremo di Santa Caterina can be reached on foot, crossing a long staircase surrounded by greenery, or by lake taking one of the many boats that connects it to the other shores of Lago Maggiore. The Sanctuary consists of three distinct areas: the southern convent, the convent and the church where lie the remains of Santa Caterina and Blessed Besozzi. Admission is free and is absolutely recommended as a unique place of its kind.