5 literary hamlets to visit in Italy

Are you a fan of literature? In Italy, every place inspires poetry. Here is a literary tour by Visit Italy!

In Italy, the cradle of art and culture, there are many hamlets that have witnessed among their streets the birth, growth or just the last years of life of the greatest characters of Italian literature. Corners of Italy that have been a source of inspiration for the works of various poets and writers.

Countless places in beautiful Italy inspire beauty and poetry: we cannot list them all, but we certainly wanted to select a first idea for a literary tour.

Let's discover together 5 of the literary hamlets to visit in Italy. In the hinterland of the Marche Region, on the top of a hill, stands the famous small town of Recanati, not far from Macerata. Here is where Giacomo Leopardi, writer, philosopher, philologist and the greatest poet of the Italian nineteenth century, was born in 1798. Immersed in the extraordinary hilly landscape of the Marche region, Recanati was a great source of inspiration for Leopardi, and walking through its streets you can breathe the life, history and works of the great poet.

Just think of "l'ermo colle" (solitary hill) of the poem "L'Infinito" (The Infinite), a poem linked precisely to the beautiful views of this town, or the square overlooked by Palazzo Leopardi, which was the family home of the writer, that today takes the name of one of his most famous works "Il Sabato del Villaggio" (Saturday in the Village).

Obviously, during your visit to Recanati, you cannot miss a stop at Casa Leopardi. Palazzo Leopardi is famous for being the birthplace of Giacomo Leopardi, where the heirs of the family still reside today. Among the rooms that can be visited, there is also the large library, where the poet used to study.

Another Leopardi's place par excellence is the Orto sul Colle dell'infinito (Garden on the Hill of The Infinite). This is the garden of the ancient Monastery of San Stefano, where Leopardi set his most famous poem: "L'Infinito". Also worth seeing is the Tower of the Borgo, dating back to the twelfth century and the heart of the city, from which you can have a spectacular view, thanks to its 36 meters of height. 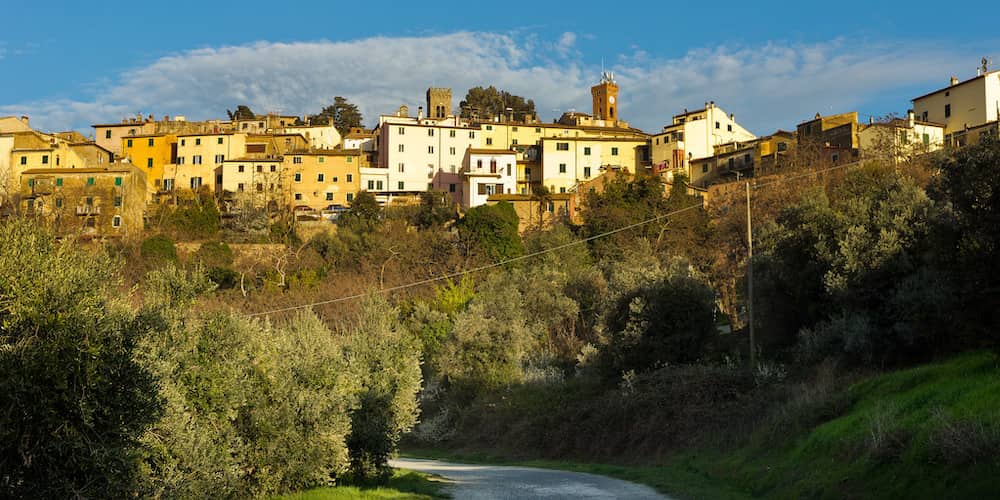 Founded as Castagneto Marittimo and then become Castagneto Carducci in 1907, in honor of the famous poet who spent here the first years of his childhood, the village is located in the heart of the Maremma of Livorno, perched on a hill, a few kilometers away from the Tyrrhenian coast.
This village overlooking the sea is full of enchanting views to which Giosuè Carducci, the first Italian Nobel Prize for literature, dedicated countless verses.

You cannot miss a visit to the district of Bolgheri, located a few kilometers northwest of Castagneto Carducci, to which Carducci dedicated the verses of the ode "Davanti San Guido", in which he describes the famous cypress avenue, 5 kilometers long, which connects the Oratory of San Guido to the center of Bolgheri. At the end of the famous avenue we also find the Castle of Bolgheri, an imposing manor of medieval origin.

3. Sicily: Modica, between baroque, chocolate and the poetry of Salvatore Quasimodo 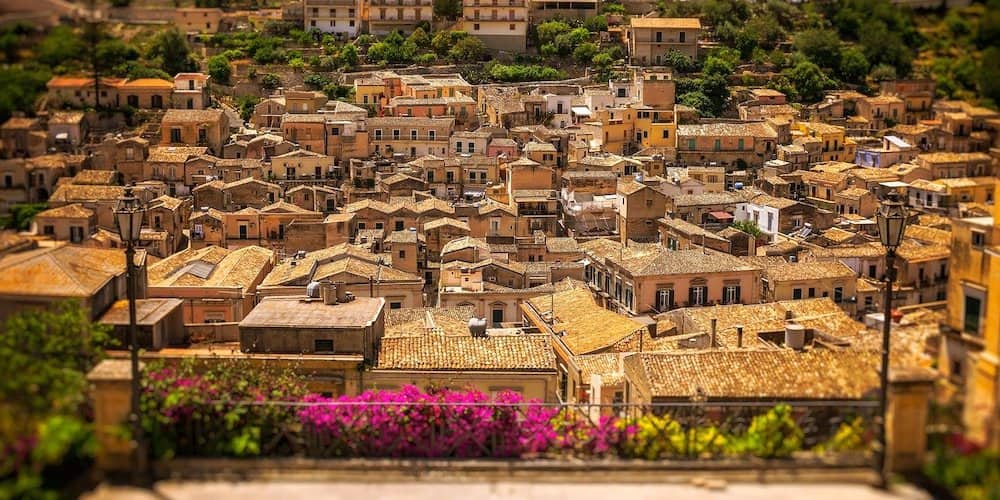 Modica is known for several reasons: it is the city of chocolate, it is a UNESCO World Heritage Site and it is the birthplace of the Nobel Prize for Literature in 1959, Salvatore Quasimodo.

Salvatore Quasimodo was an Italian poet and translator, a prominent exponent of Hermeticism, who spent his childhood in Modica, before moving to Messina; in fact, in his works it is represented the most profound Sicily. But Modica is above all one of the most significant examples, in Italy, of late baroque architecture.

An essential stop when visiting the beautiful Modica is surely the Chocolate Museum, where chocolate, symbol and pride of this land, finds its maximum celebration, among history and flavors.

Noteworthy is also the Mother Church of San Giorgio, monument symbol of Sicilian Baroque, whose facade alone is a real masterpiece. To admire it in all its splendor you can go to the belvedere located in Via San Benedetto da Norcia, the most beautiful belvedere of the city, from which it will be possible to have an incredible view of both Upper Modica and Lower Modica.

2. Lombardy: Gardone Riviera, the abode of the 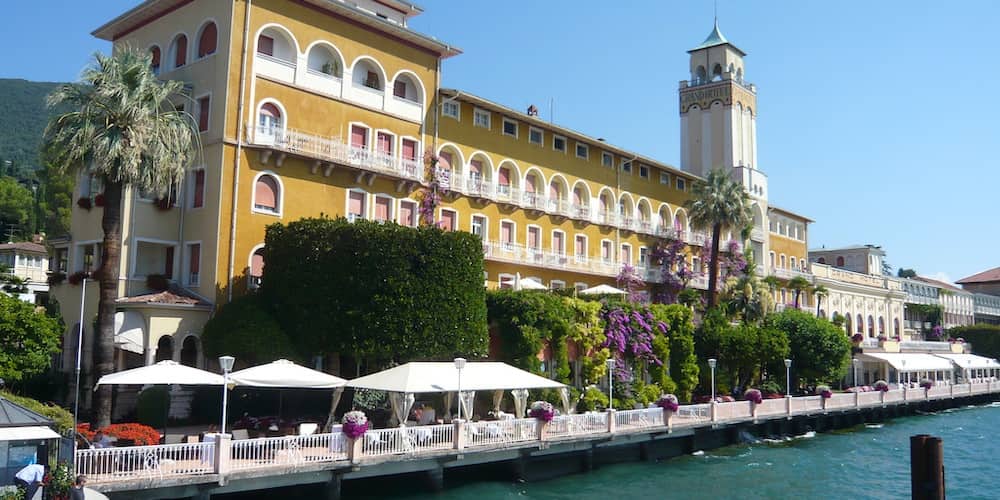 Small village in the province of Brescia overlooking Lake Garda, situated not so far from Salò, Gardone Riviera is an elegant tourist resort, defined as "Central European", in which there are many historic hotels and period buildings dating back to the Belle Époque.

Here Gabriele D'Annunzio, Italian writer, playwright, poet, soldier, politician, journalist and patriot, authentic symbol of Decadentism, retired in a solitary existence, after the disappointing experience of Rijeka, until his death. In memory of the "inimitable life" of the author it has remained his home-museum, the Vittoriale degli Italiani.

The Vittoriale degli Italiani is a complex of buildings, streets, squares, an open-air theater, gardens and waterways erected between 1921 and 1938 in Gardone Riviera, commissioned by the poet and novelist Gabriele d'Annunzio, who is buried here.

The monumental complex covers 9 hectares, in a panoramic position overlooking Lake Garda. In the complex there are the house-museum of the Vate, the mausoleum of the heroes with the tomb of D'Annunzio, a real ship, the military ship Puglia, large gardens and an open-air theater. A monumental complex unique in its kind, to be visited at least once in a lifetime.

1. Veneto: Arquà Petrarca and the last years of the poet 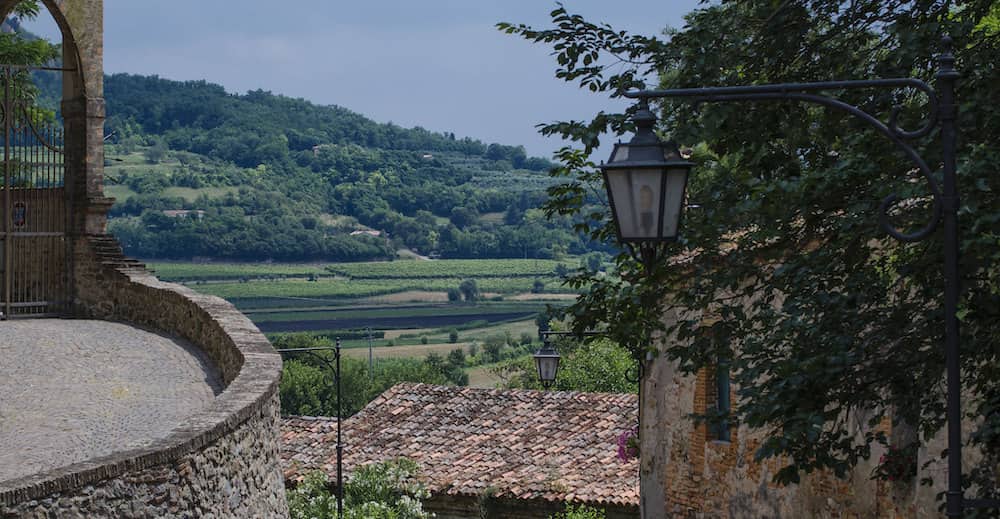 The medieval village of Arquà Petrarca rises on the Euganean Hills, at the foot of Monte Piccolo and Monte Ventolone, in the province of Padua. It is considered one of the most beautiful villages in Italy and owes its name, as you can well imagine, to the famous poet, writer and precursor of Humanism, Francesco Petrarca, who spent the last years of his life here.

In 1369 Petrarch settled in Arquà in the house that Francesco il Vecchio da Carrara, Lord of Padua, his friend, gave him and which can still be visited today. Petrarch's house, today a small museum dedicated to him, preserves intact the study that welcomed him in the last phase of his life. In fact in 1374, a few years after he moved, Petrarch died.

In this small medieval center, you can breathe the silence and the peace of Padua's hills, and among its alleys you can find many agritourisms where you can taste the typical dish of this area, the bigoli al ragù, to be matched with an excellent glass of wine, one to be chosen among the various fine wines produced here.