Val di Susa, between Piedmont and France, is an area full of tourist and cultural attractions. There are a lot of scattered villages, archaeological sites, monuments, nature trails and abbeys, such as the famous Sacra di San Michele, not far from Turin. The valley is so rich in places of interest, that it should be explored little by little, with due attention.

Sestriere is the municipality with the highest altitude of Italy (2035 m a.s.l.). Being close to many alpine passes, it has always been a point of passage between Italy and France. This has led to the development of different commercial, cultural and spiritual realities over several centuries. Just think of the Via Francigena, traveled by medieval pilgrims going to the East. Nowaday Sestriere has a very high tourist offer, especially linked to sport. The Alpine Ski World Cup regularly takes play in the local ski resort. In 2006 it was even chosen to host the men’s alpine ski races, during the Winter Olympics and Paralympics in Turin. Claviere is located right on the border with France, serving as a junction point between the two countries. The village lies in a valley dominated by the Chaberton massif. It is the perfect place to enjoy the typical serenity of the vast fields of snow. But alternatively you can practice golf or visit the nature trails along the beautiful waterways. One of these paths also hosts the Tibetan Bridge of Claviere, the longest suspension bridge in the world: 544 meters.

Bardonecchia is a very small centre, but very famous because of its tourist offer. It holds some of the most evocative views of the entire western Alps. It is also located in a valley and is surrounded by a series of beautiful mountains. You can easily reach the most famous peaks, such as the Guglia Rossa (Red Spire), the Val Fredda (Cold Valley) and the Tre Croci (Three Crosses). But the main attraction is once again the international ski resort. It is the same one that also serves the centers of Claviere and Sestriere, where it was held part of the Winter Olympic Games of 2006 and it is called just like our galaxy: Via Lattea (Milky Way). 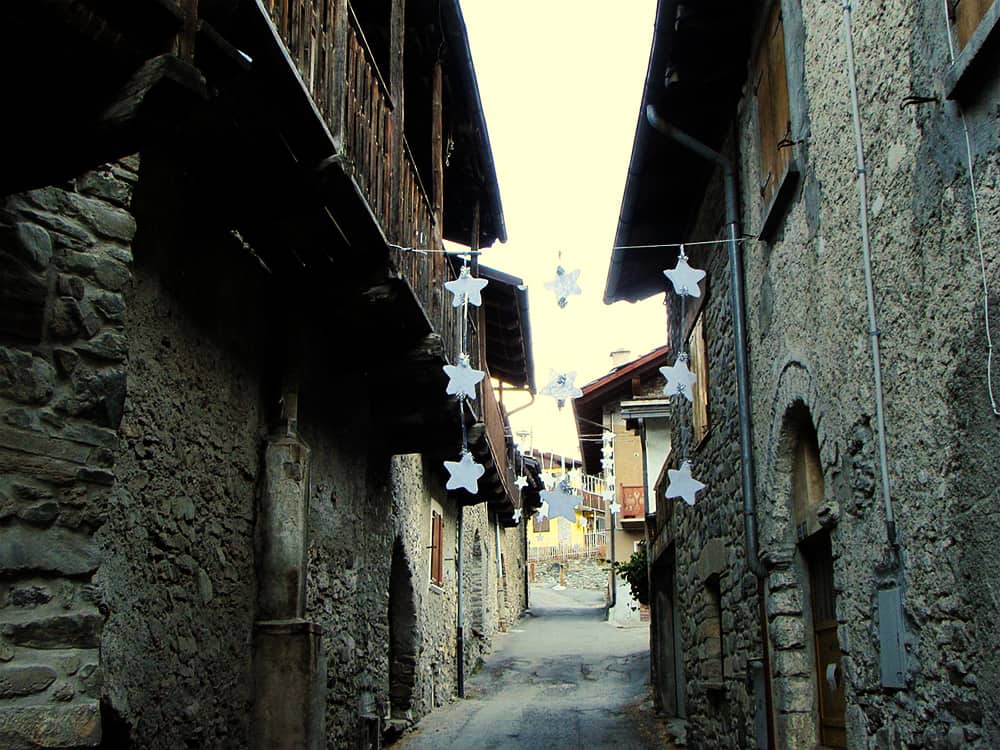 The municipality of Oulx, one of the most important in the area, includes almost 20 hamlets, most of them with French names. Among these there is also Gad, a tiny village located at the lower point of the valley. It has a charming old town well restored that gives very suggestive views. This place is crossed by the Path of the Franks, a route 60 km long, linked, according to a legend, to the passage of the ancient army of Charlemagne, today very enjoyed by visitors.

If you are nearby, do not forget to try the local cuisine! Have a stop at La Casetta del Gad a famous traditional trattoria with a tasty menu typical of the mountains. Refresh yourself with a good dish or spend the night in its warm rooms, to continue your tour with the right energy!