10 Places to visit in Italy if you love philosophy

How beautiful philosophy is, and how much it makes us travel! By the way, if you are in Italy and you are a philosophy lover, then you must read this article: a short journey to take with us and which will lead you to discover the wonders of Italy and the most symbolic and significant places of philosophy. A trip to take together while everything flows

How beautiful philosophy is, and how much it makes us travel! By the way, if you are in Italy and you are a philosophy lover, then you must read this article: a short journey to take with us and which will lead you to discover the wonders of Italy and the most symbolic and significant places of philosophy. A trip to take together while everything flows

10. Agrigento and the places of Empedocles 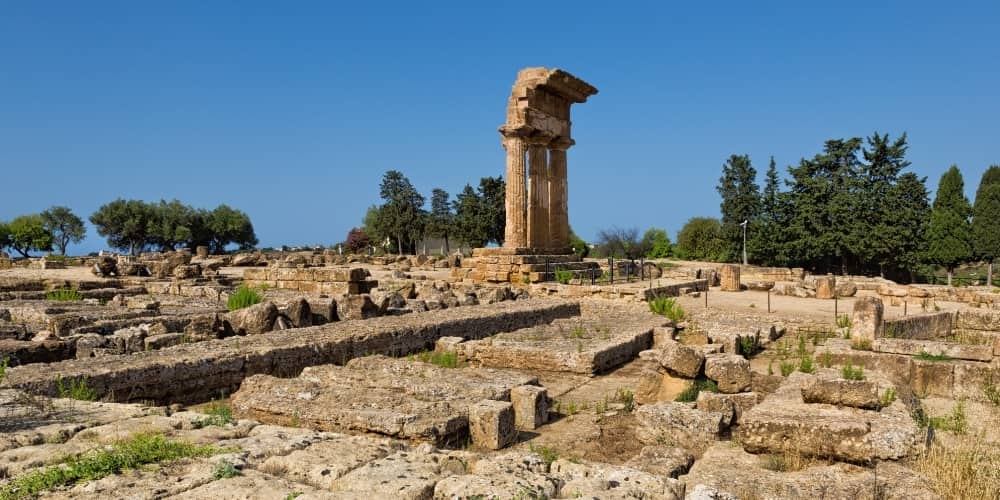 The city of Agrigento and Sicily, in general, are important places in the development of classical philosophy in Italy and are an absolute must to visit. It was here that the Greek philosopher Empedocles was born, a pre-Socratic who fused some of the principles of the Greek naturalist philosophers.

Traces of this never truly lost Greek world can be found in the Archaeological Park of the Valley of the Temples in Agrigento. This undiscovered site holds an extraordinary heritage of civilisation and philosophical culture.

9. The Pythagorean school of Crotone

The city of Crotone in southern Italy is associated with the name of one of the legendary figures of western philosophy, Pythagoras. Here, the philosopher founded an aristocratic school, somewhere between the political and the religious. The remains of this fascinating Greek world can be seen today in several sites in the city, most notably the Crotone National Archaeological Museum, which preserves, sorts and analyses several finds discovered in the area. Also of great importance is the archaeological site of Capo Colonna, which features some remains of the glorious temple of Hera Lacinia. A sizeable Doric order column survives to this day, from which the park takes its name.

7. A visit to the Italian Institute for Philosophical Studies in Naples

The Istituto Italiano per gli Studi Filosofici is a true excellence of the Campania and Naples area. It is a private scientific academy based in the Palazzo Serra di Cassano, built on the Pizzofalcone hill in the 18th century. It is now a venue for cultural events, exhibitions and specialist training. It is also home to a rich library of over 300,000 volumes built up over decades of work by Neapolitan lawyer and philosopher Gerardo Marotta. A visit to this half-unknown pearl of Naples is a gift you should give yourself if you love philosophy.

8. The excavations at Velia and the Eleatic school 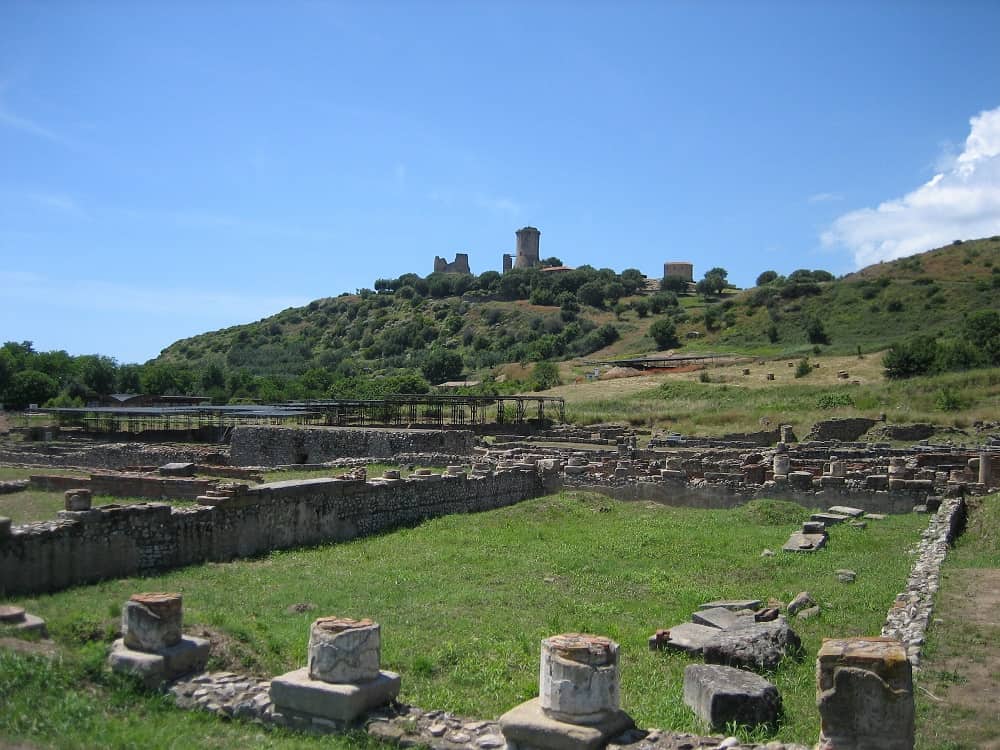 The philosophical school of Elea, a Greek colony south of Naples and Salerno now known as Velia, in the municipality of Ascea, is very famous and studied in Italian classes. It was here that one of the most enigmatic personalities of Greek culture, Parmenides, worked.

Although there are very few sources on his life, Parmenides was an aristocratic philosopher, legislator and scientist. Academics consider him to be the inventor of logic, a quasi-scientific method that from then on was used to tackle everyday problems based on reason.

This legendary Greek colony is today still open to visitors. Excavations show the ancient city where Parmenides was born.

6. Turin, the city Nietzsche fell in love with

No. 6 Via Carlo Alberto in the heart of Turin has become a place of pilgrimage for all lovers of philosophy. The famous Friedrich Nietzsche lived a short distance from Palazzo Madama and the Regio Theatre. On 3 January 1889, the author of Così parlò Zarathustra (Thus Spoke Zarathustra) had his first public bout of madness in Piazza Carignano when he saw a horse struck by its driver. Notwithstanding this episode, become a legend, Nietzsche was in love with the city of Turin, where he wrote The Antichrist, The Twilight of the Idols and Ecce Homo. The plaque in Via Carlo Alberto is the city's embrace of the philosopher of nihilism and the beyond man.

Campo de Fiori is a celebrated square in Rome, renowned for where the death penalty applied. In this square, the philosopher and Dominican friar Giordano Bruno was condemned to the stake, guilty of heresy. A great injustice still stirs the consciences of men and women who put truth and justice before everything else. At the end of the 19th century, a statue dedicated to the philosopher was created by sculptor Ettore Ferrari. This sculpture was strongly supported by the intellectuals of the time. Today this is a place to know and visit

Born in Alexandria, Hypatia was a noble and respected philosopher of Neo-Platonism who also devoted herself to astronomy and mathematics. Wholly dedicated to knowledge, she supported ideas contrary to Christianity and was therefore fiercely murdered on the orders of Bishop Cyril, torn to pieces with sharp shards and set on fire. A garden in Via Giorgio Morandi 69, in the suburb of Tor Sapienza in Rome, is named after her: this is far from a tourist spot, but it is undoubtedly symbolic of having a place dedicated to secularism and free thought in the capital of Christianity.

3. Modena, Carpi and Sassuolo and the Festival of Philosophy

Modena, Carpi and Sassuolo are unmissable cities if you love philosophy. There has been a great festival held here regularly since 2001, always around mid-September, characterised by lectio magistralis, but not only exhibitions, concerts, and films dealing with themes closely related to philosophy. Each year everything revolves around a specific theme, and for 2021 the theme of "freedom" has been chosen. For the next edition in 2022, the theme will be "justice".

Niccolò Machiavelli was one of the most influential philosophers of the late fifteenth century. He was also a diplomat and secretary of the Florentine Republic in the years between 1498 and 1512. He is undoubtedly one of the best known and most fascinating figures of the Italian Renaissance. A writer with a cultured soul, he reserved his interests above all for the political aspects of the time, which he constantly analysed profoundly and acutely. In San Casciano in Val Pesa, it is now possible to visit where he wrote his most famous work: The Prince. 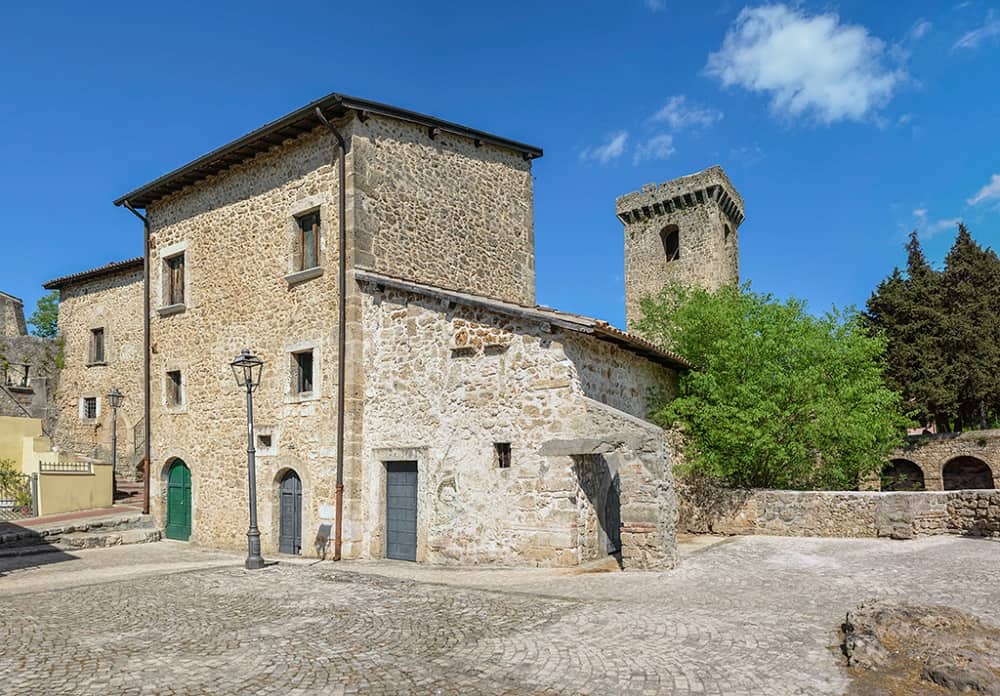 If you love philosophy, you must visit the small medieval town of Aquino, in the province of Frosinone, in Lazio. Thomas was a Dominican friar, one of the greatest exponents of medieval scholasticism and an actual meeting point between classical philosophy and Christianity. Here you can visit his birthplace and a 13th-century castle traditionally thought to be the birthplace or childhood home of the theologian and doctor of the church. The entire village also offers a charm of other times, history, and territory to be discovered. This is the place where our journey into philosophy ends.