10 itineraries for a family trip in Italy

Holidays with children in tow? No problem! Between haunted manors, lush forests, Disney-esque villages and ancient legends, it's easy to organise the perfect holiday for young and old alike.

Children are alert and curious travelling companions. With a bit of imagination, it will be easy to find the perfect itinerary to suit the whole family's needs. Here, we give you some ideas to choose exciting and fun-filled activities. Our ten-point selection will appeal to nature lovers and city slickers alike.

10) Mushroom and chestnut hunting in the woods 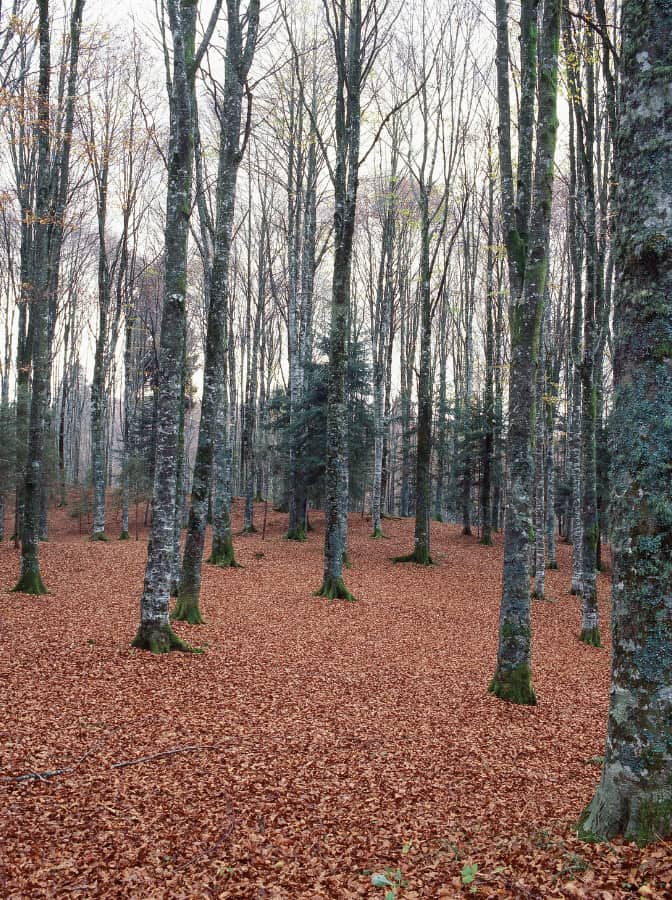 The intrepid explorer that lives in every child is given free rein on an adventurous forest quest. Autumn is a magical season: the hills and mountains are coloured in the brightest shades of ochre and red. The so-called foliage, the dazzling autumn spectacle of leaves changing colour, will be the perfect frame for a treasure hunt in nature: mushrooms and chestnuts like gold doubloons and precious stones. There are so many places in Italy ideal for an outdoor trip at this time of year. The opportunity is there to enjoy a beautiful day in enchanting landscapes and teach children to approach wildlife with curiosity and respect. Some of the most attractive spots to keep an eye on for your next weekend away: Cansiglio (Friuli Venezia Giulia) is an area rich in forests; in Val di Funes (Trentino Alto Adige), you can walk along accessible paths available to children; the large Parco Naturale Regionale Taburno-Camposauro (Campania) is so evocative that it has been nominated as a UNESCO Global Geopark.

9) Gubbio, the city of madmen

Legend has it that St. Francis managed to tame the fearsome wolf that terrorised the population on his arrival in Gubbio. Ravenous beasts aside, the Umbrian town is one of the most beautiful medieval villages in the region, full of points of interest and stories to tell. Your children can then try their hand at a unique feat and enjoy getting their "madman's licence" (patente da matto): they just need to go around the Bargello fountain three times. The Associazione Maggio Eugubino issues the parchment, but make sure that a local requests it for you! Many are the spots to see, from the splendid Piazza Grande, featuring the Palazzo dei Consoli and the Palazzo Pretorio, to the Duomo. From the city centre, the panoramic cable car will take you to Mount Ingino, where you can visit the Basilica of Sant'Ubaldo. The church houses three large candles carried annually during the traditional Festa dei Ceri, Gubbio's most heartfelt event. The Cinque Terre, with the ancient and picturesque fishing villages on the Ligurian coast, are among the most popular destinations for tourists. These are unique places that have managed to retain their identity despite becoming a global brand. If you have loved the relaxed and dreamy atmosphere of "Luca", the new Disney Pixar movie, then a trip to this corner of Liguria will be a memorable experience for children. Why not take a walk through the streets of Vernazza, the town that inspired Portorosso in the cartoon? There is no better way to visit this small but enchanting seaside village in the Cinque Terre National Park than to wander around with your camera at hand. Don't miss the marina area and the Doria Castle, where you will have a magnificent view of the borgo. And try a slice of Stalin cake, the delicious typical Vernazza dessert made with jam and dark chocolate.

7) In the valley of the trulli 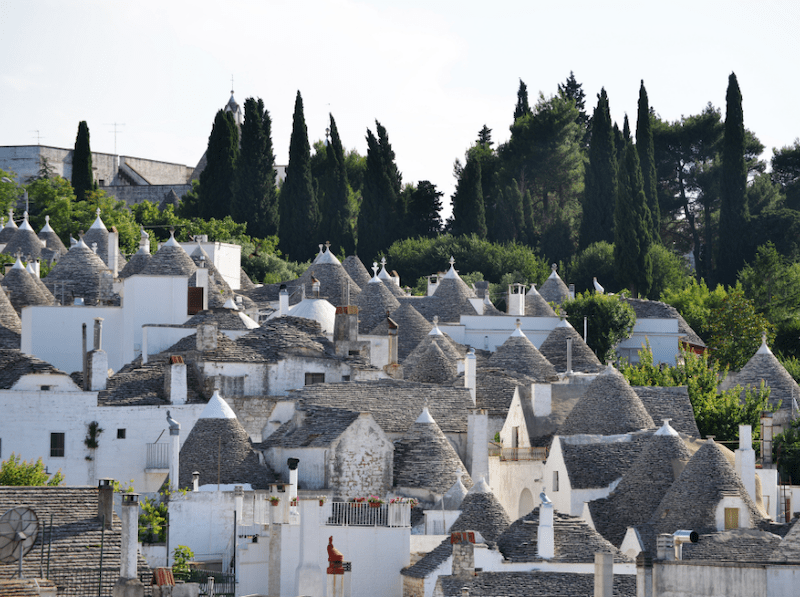 The Itria Valley is a region of olive trees, vineyards and trulli 50 kilometres from Bari. While Alberobello - a UNESCO World Heritage Site - boasts the largest number of structures, the villages of Locorotondo, Martina Franca and Cisternino also have splendid examples of these ancient dwellings. White, with an unmistakable conical roof topped by a pinnacle, the trulli recall fairy tales and magic. To the eyes of a child, they will seem funny and peculiar, a bit like fairy houses. Children will be fascinated to hear their story: trulli are incredibly ancient (they probably appeared in Prehistoric times). Just like a LEGO construction set, the inhabitants used to destroy and rebuild them continuously. Pay attention to the strange lime drawings on the roofs: tridents, crosses, and hearts. The interpretation is uncertain, but they seem to be propitiatory and good-luck symbols.

6) Finding the sword in the stone

In the heart of the Tuscan countryside, there is a magical place shrouded in mystery and legend. What if we told you that the famous sword in the stone is in Italy? To see it, you have to drive along the 34 kilometres that separate the hermitage of Montesiepi from Siena. Here, a glass case holds an ancient 12th-century sword embedded in a rocky outcrop in the centre of a small chapel. Legend has it that Galgano Guidotti, a brave knight on the verge of changing his life and becoming a hermit, laid down his battle weapon for good precisely in this place. According to another myth, the chapel is supposed to hide the Holy Grail in its vaults. About 50 metres further down, the spectacular roofless abbey of San Galgano, a masterpiece of 13th-century Cistercian art, awaits you. The imposing structure is now deconsecrated, but it retains a charm that is difficult to describe to those who have never been there: seeing is believing.

Bolzano is undoubtedly one of the best destinations for a family holiday. While in the summer there are plenty of cultural and sporting events and activities to enjoy, in the winter the city takes on a magical atmosphere. When the snow falls and whitens the roofs of the old town, it feels like a picture postcard. During the Christmas festivities, lights, music, and markets cover the city. The decorations that adorn the streets, porticos and squares every year are splendid and original. And from the end of November until the Epiphany, the Christkindlmarkt (the traditional Christmas market) colours the central Piazza Walther. P.S. Don't forget to say hello to Ötzi, one of the oldest mummies in the world. Your children can meet him at the South Tyrol Museum of Archaeology.

4) A fairy district in Rome

It is easy to stimulate the interest and imagination of children in a city like Rome. We suggest an itinerary perhaps less well known to non-Romans, but that will surely seduce you. The Coppedè district, in the northern part of the city, takes its name from the ingenious architect who designed it at the beginning of the last century, Gino Coppedé. You reach Via Dora and pass under a large monumental arch with lions, masks, and knights to welcome you to enter this charming place. As you walk in, you'll soon notice that this block of 17 houses and 26 apartments is like no other. It is an unexpected explosion of classical, gothic, medieval and baroque style mixed with a sprinkling of art nouveau and fairytale allure. The result is surprising. Have fun finding eagles, angels, spiders, bees, monsters and maidens. Behind every creature hides a fascinating story to discover.

3) In Naples, among the presepi of San Gregorio Armeno

You can feel the Christmas atmosphere in San Gregorio Armeno all year round, but it is in December that this 'vico' (an alley in Neapolitan dialect) of Naples is at its best. The narrow street in the historic centre is world-famous for its nativity scenes, the presepi. Don't miss it if you're passing through with children, and try to challenge them to recognise some familiar faces in the handcrafted pieces. Many reproduce well-known personalities. However, keep in mind that the large crowds of tourists could make strolling quite uncomfortable for those travelling with a pushchair. Chaos apart, you will easily find an artisan willing to tell you the history and significance of the shepherds on display in each workshop. Take advantage of this opportunity to introduce your children to the timeless charm of a thousand-year-old tradition.

2) A picnic with monsters in Bomarzo 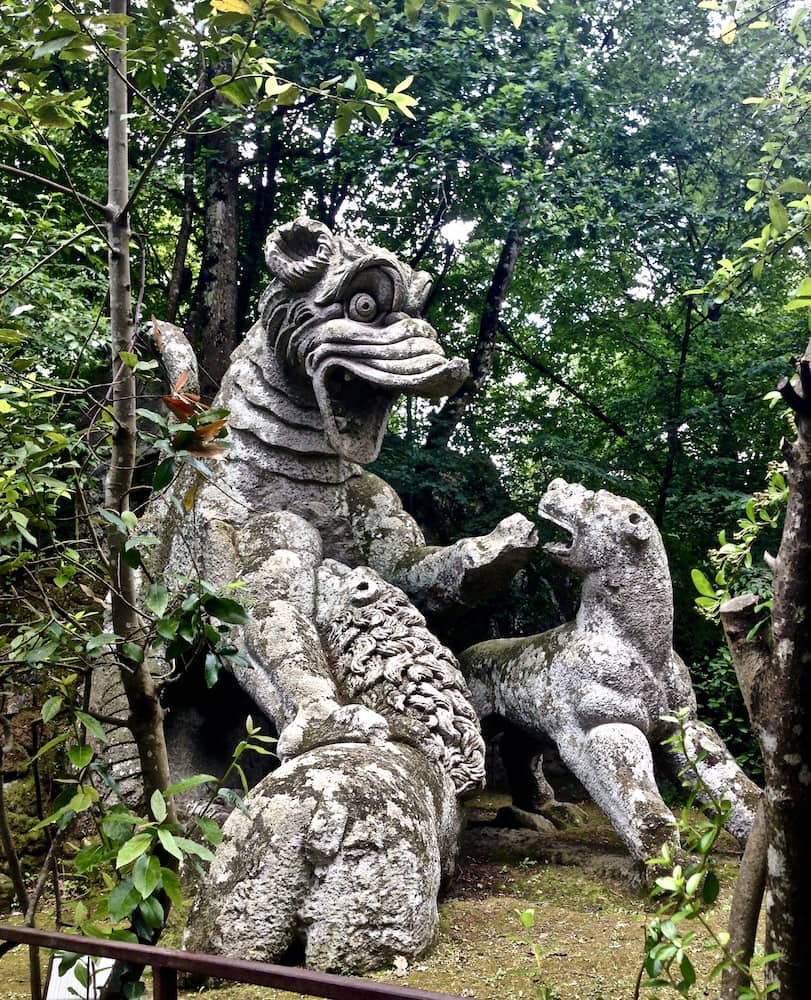 Near the charming medieval village of Bomarzo, the Sacro Bosco is one of the most popular destinations for a family outing. This green, enchanted forest is an hour-and-a-half drive away from Rome. The area is also known as Parco dei Mostri (park of the monsters): indeed, many are the monstrous creatures hidden in the woods, including giants, mythological animals and dragons. Prince Vicino Orsini ordered its construction in the 1600s. After years of neglect, the complex was restored in the second half of the 20th century. In addition to the many basalt sculptures and grotesque figures, you will come across a series of "impossible architectures" (an example is the famous "sloping house") that will leave children speechless. In April, attend the traditional Sagra del Biscotto (biscuit festival) and the Palio di Sant'Anselmo held annually in the nearby borgo.

What do you think of a tour of castles and haunted manors? For your children, it will be like stepping into a fairy tale book or a thrill ride: success guaranteed. Italy is full of historic houses that lend themselves well to a trip "out of time", you'll be spoilt for choice. Entertain your children with stories of knights, princes and princesses, or enchant them with the legends of the ghosts that haunt the halls of these buildings. Who knows, perhaps you will meet Count Pier Maria Scotti, the peaceful swordsman who has been drawing his weapon at Agazzano Castle since the 16th century. At the Rocca di Montebello, try to spot Azzurrina, the feudal lord's daughter who mysteriously disappeared on 21 June 1375. In Montechiarugolo, you will find the Fairy Bema, who appears to lovers, and heartbroken Knight Moroello in Bardi Castle, who still wanders in search of his beloved. These are all locations in the Emilia Romagna region, but you will easily find many other similar and unmissable spots up and down the Italian boot.