Italy for dummies: tips and recommendations

Are you ready to discover the endless opportunities that only Italy can offer? Cities or places to see, the language, the food and even the secrets to really getting to know the Italians. Let's get started now!

Before you start travelling to Italy, especially if it is your first time, you should follow some tips to get to know the country. The following information could avoid unpleasant inconveniences and give you a small taste through some itinerary ideas. 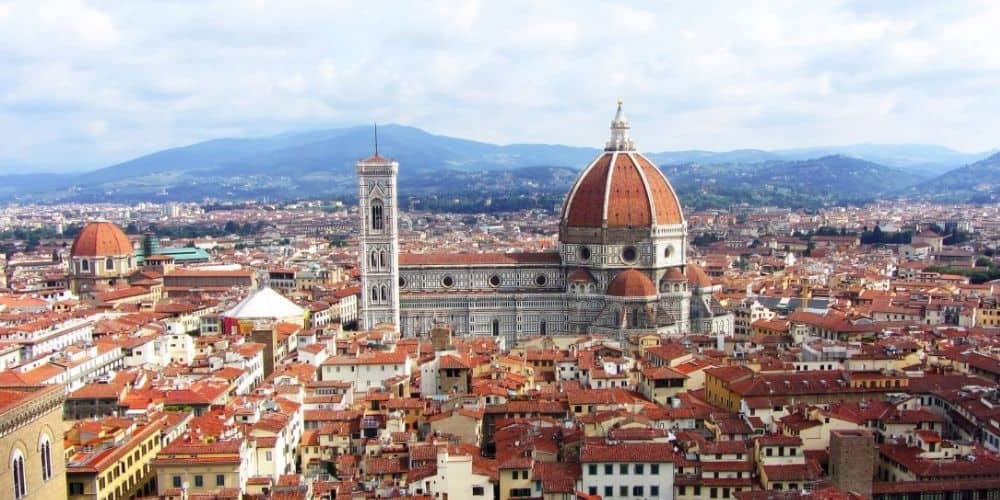 Bear in mind that in Italy, from North to South, you are spoilt for choice when it comes to places to visit. We will try to give some advice for those who have never been there before and Italians who have not travelled around enough. Our country lacks nothing: from the sea to the mountains, to the lake, to the hills, to the cities of art. Italy can offer everything you need to satisfy the needs of any visitor. If you are looking for uncontaminated nature, you can choose Trentino and Valle d'Aosta in the North, where you can immerse yourself in green environments, pure air and enchanting landscapes that are lost in the horizon.

If, on the other hand, you are passionate about history and art, you should start your discovery of Italy with the classics Rome, Naples, Florence and Venice. Then, Milan is the cosmopolitan city par excellence, the capital of fashion and business where you can enjoy numerous cultural events of all kinds. Italy's 20 regions, all steeped in history and culture, offer endless possibilities for visits. The two largest islands, Sardinia and Sicily, are worth mentioning, which are often mistakenly identified as seaside holiday destinations in summer. Nothing could be more wrong. We want to suggest a trip to these regions in spring or autumn to appreciate their essence better and enjoy the places without too much crowding. Italy will never disappoint you and will be a continuous discovery: from the capital of Italy to the most remote and small hamlet, you will be enchanted by a country with millenary origins and traditions.

The Italian language and its dialects

In Italy, as you would expect, Italian is spoken everywhere. However, alongside the official language, you will discover the existence of more or less understandable dialects. The standard Italian language will be spoken significantly differently by a Milanese than by a Neapolitan. In rhythm, musicality, and cadence, we find many richnesses and diversities, even in identical mother tongues. As for dialects, the first classification of which was made by Dante Alighieri in De Vulgari Eloquentia, we must make a distinction. Based on a purely geographical division, we can classify Italian dialects into northern, Tuscan and central-southern.

The northern ones include the dialects of Piedmont, Lombardy, Liguria, Emilia-Romagna and the dialects of Trentino-Alto Adige, Veneto and Friuli-Venezia Giulia. Tuscan is a separate issue. It is a dialect almost the same as Italian. A Tuscan will resort to a more colourful and less elegant term but will use Italian, albeit using lexical forms of a lower linguistic register. If you understand and speak some Italian, you will certainly have no problem interacting in Tuscany. It is no coincidence that the Italian language derives from the Florentine vernacular.

Central and southern dialects include those spoken in Umbria, Marche, Abruzzo, Molise, Lazio, Puglia, Campania, Calabria and Sicily. Once in Rome, you will have no difficulty understanding the locals; Roman does not pronounce doubles and truncates words, but all in all, it is not complex! Spanish speakers in Naples will feel at home as Spanish domination has left its mark. The Spanish words criatura (=creature), correa (=belt) or semana (=week) are words that have been absorbed into Neapolitan and have remained practically unaltered (criatura, currea and semmana).

Finally, in Sardinia, a land of enormous cultural richness, the Sardinian language is spoken. It is a language in its own right, with its own grammar and order, not a simple dialect. We can then distinguish the different linguistic strands according to the area in which we find ourselves.

However, we should point out that there are also differences between cities in the same region: Milan and Bergamo, Rome and Latina, Naples or Avellino. Don't worry: even if they don't know your language, the Italians will make themselves perfectly understood with their theatrical gestures and mimicry. If there is one thing this population does not lack, it is the desire to communicate. If you ask the locals for information, you will get it most creatively. They will resort to the few linguistic resources they have just to help you. 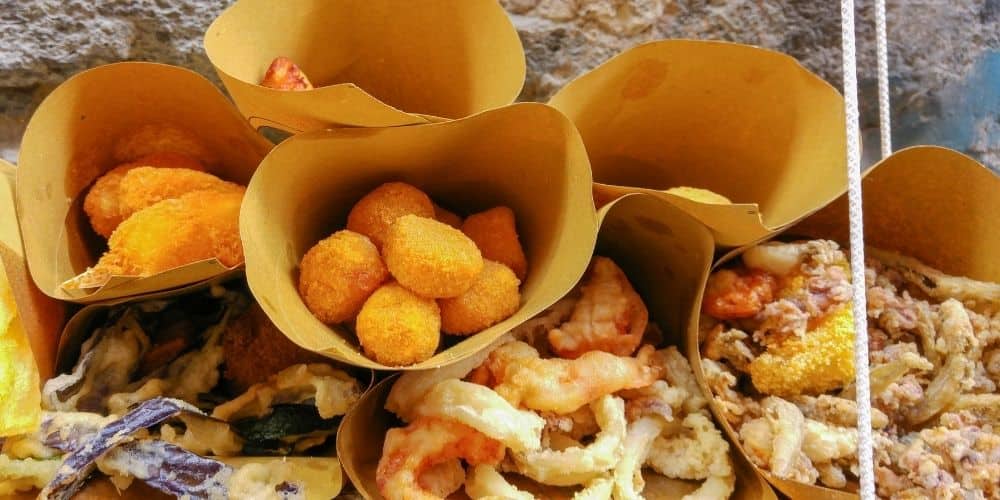 If there is one thing you cannot do without in Italy, it is good food. Whichever city you are in, the local cuisine will not disappoint you, offering you endless specialities. According to taste, a nice risotto Milanese style is a must or a delicious polenta garnished with different toppings. Let's not forget the lasagna Bolognese. Lasagna sauce is made by frying celery, onion and carrot and then add finely chopped meat. The ragù (meat ragout) can also be used to season other pasta formats typical of the area: tagliatelle (hanmade strips similar to fettuccine) and tortellini. The area of Bologna is home to tortellini, a roll of pasta stuffed with meat or other ingredients to be eaten in broth or dressed like normal pasta. Should we forget cheese, cured meats and ham produced almost everywhere in Italy? Gobble them up. It is impossible to eat poorly in Italy, so follow the smells you smell as you pass by restaurants, pizzerias, trattorias or diners. In Rome, you can't say no to a nice plate of pasta alla carbonara or, in Florence, to a nice, juicy Florentine steak. In seaside villages or cities, fish dishes, including tasty fried fish, are a must.  However, in recent years the trend for street food has also spread in Italy. Here's a little taste.

- Pizza by the slice, seasoned in many ways, easy to eat even while walking. You can find it everywhere.

- Aracini or arancine (you will hear them called both ways) typical of Sicily. A heart of rice covered in crispy breadcrumbs and seasoned in a variety of ways. The classic recipe uses saffron, meat sauce and stringy cheese.

- Porchetta sandwich, a speciality of Tuscany, Lazio and Umbria. Porchetta consists in pork cooked in the oven or on a spit, boned, the innards removed, and seasoned with aromatic herbs and spices. Aren't you hungry already? As far as the transport system in Italy is concerned, we must make one point. Large cities have more transport networks (buses, trams, underground, local trains), whereas small, more isolated localities will not have as frequent connections. However, these more secluded small towns will certainly not suffer from the traffic. In the North, especially in the region of Trentino, buses run on time, even a few minutes ahead of schedule. So don't wait until the last minute to get to the bus stop.

In cities such as Rome, Naples or Palermo, traffic is a real problem for getting around, especially for those who live there. It is therefore preferable not to use surface transport but to opt for the underground. In Venice, on the other hand, you will find ferries and waterbuses.

If you prefer to get around more comfortably without sticking to fixed timetables, you can choose a taxi. However, we recommend that you make sure that they are appropriately licensed (license number). All over the world, you will come across unlikely characters! The key is to find out on the spot (e.g. from tourist information points or your hotel) or beforehand when planning your itinerary. Many cities, such as Rome, have a toll-free number for tourist information of all kinds, including transport. Don't be caught unprepared!

Something about Italian peolpe 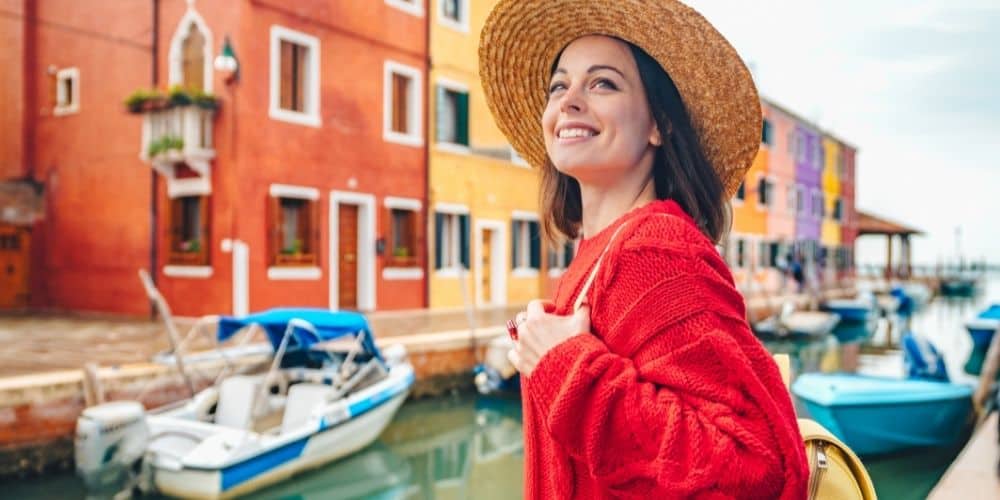 The world-famous Italian people are often associated with unreal stereotypes like "pizza, spaghetti and mandolin". Nothing could be more wrong! Italians, as mentioned earlier, have a cult of good food, but for a reason. As in the great Roman civilisation from which they also derive, food is a symbol of sharing, conviviality: it is an act of socialisation. Eating means cementing human relationships with family, friends, or colleagues at home or in a restaurant. Even simple coffee symbolises this warm and, why not, affectionate attitude.

Certainly noisier and more extrovert than the Nordic peoples, especially the Italians from the South, are very showy and theatrical at first sight both in their gestures and in speaking at a rather high “volume”. This characteristic will not surprise the Spanish, rather than the Japanese, known for their extreme reservedness. Abroad, however, we are also recognised for our virtues, namely always being fashionable, well-dressed and well-groomed.

Since it is the country of the sun, friendliness and warmth are the essences of these passionate people who have always shown solidarity on many occasions. An Italian can welcome with a smile, kindness and friendship, conveying sympathy even to strangers. If you really want to enjoy Italy, don't be fooled by clichés. Live it on your skin and let yourself be involved in the emotions and sensations. Ours is a country to explore with the heart!

Open my heart and you will see. Graved inside of it, "Italy"