National Landscape Award: what it is

In 2016, the Italian Ministry of Cultural Heritage and Activities and Tourism established the National Landscape Award. Then the Council of Europe Landscape Award will assign the European award to the best national project. During the National Landscape Day (established on the 14th March each year) the National Landscape Award is given out to the winner. The purposes of the competition are: the rehabilitation and enhancement of architectural and historical-artistic heritage, traditional rural landscapes and degraded areas. The aim is to support the environmental (but also economic and social) sustainability of the area, combat hydrogeological risk, implement sustainable forms of tourism. The project is focused on accessibility and social integration. 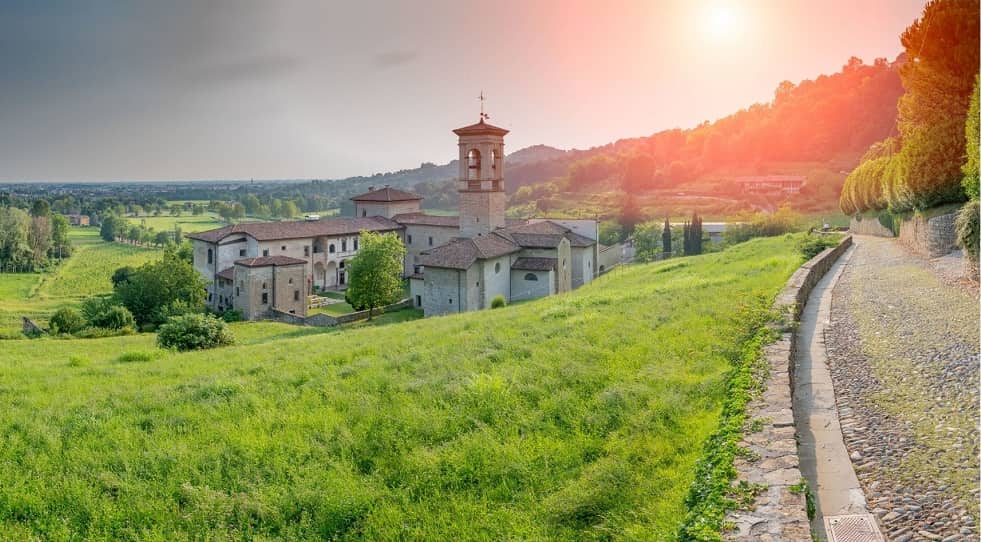 Near Bergamo city centre there is the Astino valley, full of history and biodiversity. In the middle of the valley we can admire a Vallombrosian monastery built in the Middle Ages, surrounded by canals and crops. The monastery and the entire area were first privatised and then abandoned, becoming a degraded agricultural periphery. A recovery project began in 2007. In that year, the Fondazione (Foundation) Misericordia Maggiore of Bergamo acquired the monastery and the agricultural land; the foundation renovated the building and recovered the landscape of the valley under the banner of biodiversity and organic farming. The project involved the population, and included disadvantaged people. The programme had the following objectives: the preservation, management and planning of the Astino valley landscape; the recovery of the monastery and the farmsteads in the area, as well as the castle and the paths; the creation of educational trails in the Allegrezza woodland; the recovery of traditional crops, grown using organic methods, and the water network; and the establishment of a separate botanical garden. A series of cultural, educational and training initiatives have been set up in order to give Astino and its valley back again to the people of Bergamo.

The project "Biodiversity inside the city: Bergamo's Astino Valley" perfectly fulfilled all the objectives of the call for proposals. This project has given the population back a degraded landscape. Furthermore, the project guaranteed the continuity of the initiative, based on sustainable development criteria. The project took a multidisciplinary approach to the landscape: it paid attention to the economic-productive aspect, the environmental aspect, the aesthetic aspect, the historical-cultural aspect and, last but not least, the social dimension. The perfect implementation of the project gave life to landscapes of proximity and highlighted the will and commitment of a community willing to recover its territory.

Who took part and how: general information

The selection is open to Regions, local authorities and other public bodies, foundations or non-profit organisations, either individually or in association. The Landscape Award is promoted by the Italian Ministry of Cultural Heritage and Activities and Tourism with the technical assistance of the Associazione Mecenate 90 (Mecenate 90 Association). The Forum Terzo Settore is Advisor of the Award, as partner and promoter among its members.

The Landscape Award Alliance of the Council of Europe: what it is

The winners of the several National projects will then be selected to participate in the Europe Award. These projects, as well as meeting the criteria of the European regulation, must be able to enhance the landscape qualities of the places, including the territorial promotion of human rights and democracy. The Landscape Award Alliance of the Council of Europe is awarded every two years and it was organized in 2008 for the first time. 2020-2021 will be the seventh edition of the Prize.