The Coral of Trapani: from the Holy objects to the Baguette for Fendi.

The town of Trapani has always been characterized by coral fishing, but also by the artisans who, daily, worked coral making it precious jewelry. The origin of the coral manufacturing process in Trapani dates back to the 12th century, according to the words of the geographer Al-Idrisi, who praised the precious quality of the coral of Trapani.

The tradition of Trapani coral 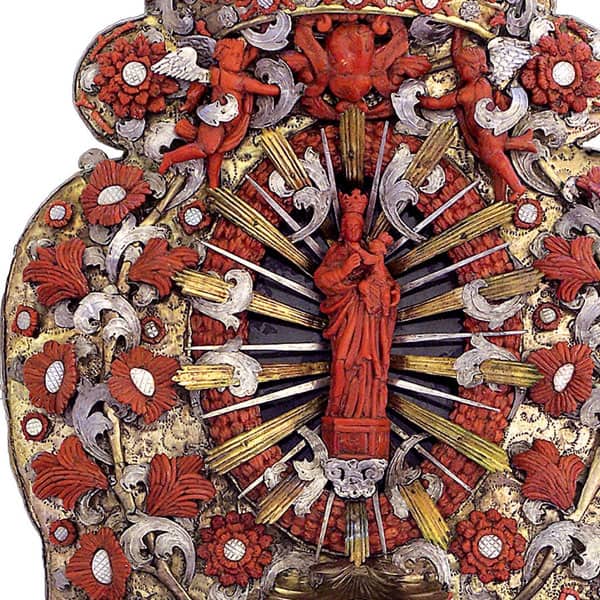 It was the artisan Antonio Ciminello from Trapani, who invented, during the XVI century, the instrument, which was to carve and sculpt the coral: the so-called bulino. With this instrument, the production of artworks prospered, and the artisans sold their objects all around Europe (the Prado of Madrid, the Vatican, Munich, Florence, and Palermo). We can mention the Mountain of coral, the nativity scene composed of 80 characters and 120 animals, commissioned coral masters from Trapani by the Senate of Palermo and offered to Philip II of Spain and a Greek temple, ordained by the same Senate and offered to Urbano VIII in 1631, with the Saints who protected Sicily. Since the mid-1500s, many "coral" families have decided to move out of Trapani, to trade the valuable product for greater profits and so very few shops remained in that place (in the 1800s there were only eight compared to the thirty-six ateliers in the XVII century).

Innovation: the Baguette for Fendi 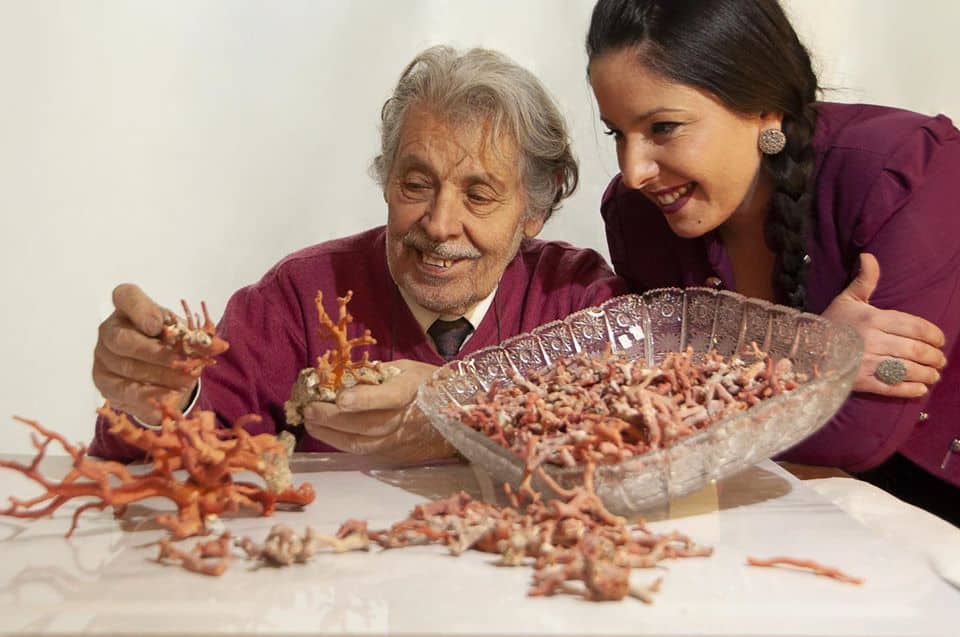 Today, the last craftsman of the coral in Trapani is Platimiro Fiorenza. He is the son of a goldsmith and coral craftsman who, at the age of seven began working on silver, gold, and coral until he became famous for his branch; Indeed, he was chosen for the Hand in Hand project. It is an idea of Fendi, which will produce twenty Baguettes (the historic bag designed by Silvia Venturini Fendi in 1997) by twenty artisans, one per each region of Italy, representing the excellence of Italy. For Sicily, Master Platimiro created a silver and coral baguette with the retroincastro technique from the 16th century. The coral master was recognized by Unesco as the Living Human Treasure. He has awarded the Prize The 100 Italian Excellencies at the Campidoglio of Rome and the MAM - Master of Arts and Mestiere award.