The Celebration of Italy's Unification: everything you need to know

Every 17th March we celebrate the anniversary of the Unification of Italy, a long and arduous journey that has lasted for centuries.

The Unification of Italy: a process that lasted centuries

Italy is one of the most popular and visited countries in the world, thanks to the beauty of its landscape and the many works of art that bear witness to its thousand-year history. Everyone in the world recognises Italy for its characteristic boot shape, almost as if nature itself had dictated its borders: to the north the mountain chain of the Alps, to the south, east and west the sea.

But building the political unity of Italy was no easy task, and it was a journey that lasted centuries, from the dissolution of the Roman Empire until 1861. Centuries that saw the domination of many peoples, from the Lombards to the Saracens, from the Normans to the Spanish, from the French to the Austrians, peoples whose presence, however, contributed to making Italian culture so rich and heterogeneous. Some of them even entertained the idea of reunifying the Italian peninsula into a single state, but this dream was cultivated above all by the great intellectuals and writers such as Dante and Guicciardini, to name but a few of the most important, and was represented at the highest level by the artistic language of artist such as Giotto, Leonardo, Michelangelo.

How can we fail to see in their works the highest expression of Italian genius? The languages of Dante and Giotto created the foundations of a unitary Italian state before politics and war.

It seems only right, therefore, that everyone, including visitors and tourists, should realise how many sacrifices lay behind the political unity of our country: and this is why the 17th March, the anniversary of the Unification of Italy, is one of the most important anniversaries for every Italian citizen and for all lovers of the 'Garden of Europe'. On 17th March 1861, the Kingdom of Italy was officially born, with the promulgation of law no. 4671 of the Kingdom of Sardinia. It was Vittorio Emanuele II of Savoy who assumed the title of King of Italy for the first time, bringing to an end the long and bloody journey of the Risorgimento: there were three so-called Wars of Independence. This bureaucratic act rewarded the efforts of men like Giuseppe Mazzini, Giuseppe Garibaldi, Cavour and the commitment and sacrifice of many Italian patriots, who often remained anonymous. But justice was also done to the many historical figures mentioned earlier, who had so loved the dream of a free and united Italy.

A thousand-year journey that in 1861 was not yet over, because the unification process only ended in 1918 with the annexation of Trentino-Alto Adige and Friuli Venezia Giulia. And it is for all these reasons that the anniversary of 17 March has always been commemorated with great honours, especially on the 50th, 100th and 150th anniversaries. It is a commemoration that is deeply felt by the people and the Italian State, and often takes place in the topical places of the unification process. 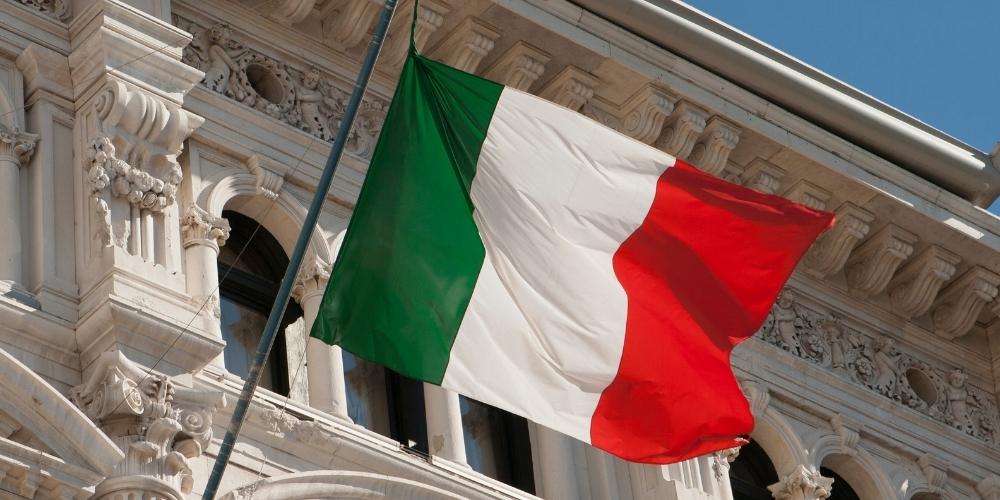 The absolute protagonist of all official celebrations, including sporting ones, is, of course, the Italian flag. The flag also has its own specific holiday, 7 January, in memory of 7 January 1797, when in Reggia Emilia Napoleon proclaimed the Cispadane Republic, adopting as the symbol of the new state a flag very similar to the French one. A white, red and green tricolour, instead of the blue of the French flag. This flag had already been used by Napoleon for his legions, and from that day on it became increasingly important, to the point that it was also used by the Cisalpine Republic.

The flag later became the symbol of the Italian Republic and the Kingdom of Italy, the Giovine Italia and all the Carbonari, and was later introduced by Garibaldi in America. In 1848, Charles Albert of Savoy chose the tricolour for his state, incorporating the Savoyard shield edged in blue into the flag. And it was this flag that flew triumphantly on 17 March 1861, when Victor Emmanuel II proclaimed the official birth of the Italian kingdom. It was only on 2 June 1946, with the proclamation of the Republic, that the Savoyard symbol was removed from the tricolour.

But what is the meaning of the Italian flag? Why those three colours?

According to an ancient legend, green represents the beautiful meadows of the peninsula, white the white snows of the Alps and red the blood of the many Italians who fell in the war. This tradition was also taken up to some extent by the great Giosuè Carducci, although the most reliable interpretation is that the three colours are symbols of justice, equality and brotherhood: the values advocated by the French Revolution and Napoleonic France from which our flag originated.