Templar knights in the places of the nightlife: discovering Monopoli secrets

Between the Sacred and Profane: discovering Monopoli’s secrets

Why Apulia is so irresistible? Because of its clear sea, golden beaches, monuments and folkloric towns? Of course, but not only for these reasons. Apulia can open up interesting opportunities for history and mystery lovers. For example, did you know that the Crusaders and Knights Templar passed over Monopoli (Bari) for a long time? 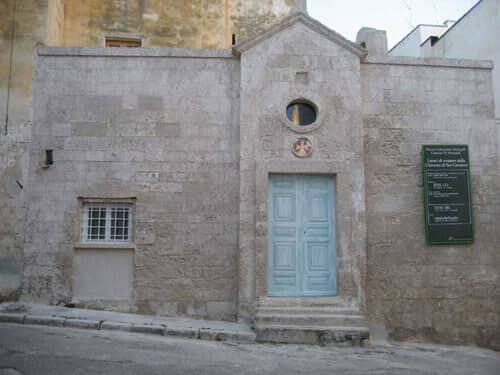 The “holy town”: to the Holy Land and the Knights Templar

The nice town, about 40 km south from Bari, known especially in summertime for its beautiful sea (25 km of jagged coast, full of gutters, sea caves and enchanting cliffs) and its nightlife (bar, restaurants, bistrots, discos and much more), in the Middle Age it was an important harbor from where ship bound to Holy Land (Jerusalem, Middle East). The famous Knights Templar occupied a not still well identified area in Monopoli; another Order of Knights in Monopoli were the “Gerosolimitani” and “Giovanniti”, who occupied the namesake commander in the historical centre of Monopoli and was the most ancient and important in whole Apulia. An evidence of Giovanniti Knights is the small San Giovanni Church, which takes place in largo San Giovanni. It was builded on an ancient building prior to 1350, then rebuild in 1707 by friar Domenico Recco, Knights of Malta’s Commander. Althought the small church was defrauded of all its belongings, the Maltese cross on the front door still remembers its glorious past The “profane” town: the perfect stop for a drink (and more)

This fascinating trip to the past makes Monopoli so much intriguing to its visitors. Not only hectic nightlife: if you want just relax you don’t have to walk a lot: in the same largo San Giovanni, away from crowd, take a seat on Baldovino: a fancy wine bar where having a break, relaxing with a good glass of wine, excellent appetizers and fresh fish dishes. You will enjoy the selecting raw materials, the inspiring mood and the customer focus by the young and great owners. 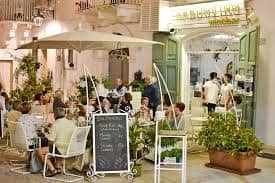