Nicholas, the Saint of Barese people revered all over the world

From 7th to 9th of May, every year Bari celebrates its Saint Patron, Nicholas.

The feast of the Saint Nicholas, Patron Saint in Bari 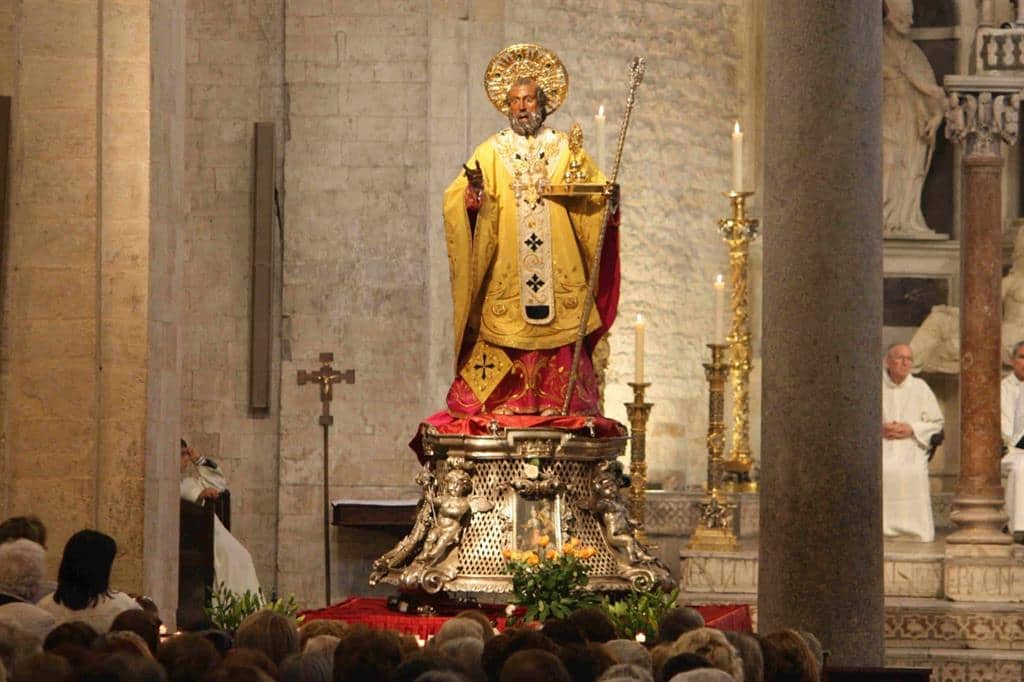 A big patronal feast that always creates emotions not only in prayerful citizens, but in everyone coming from all over the world to pay tribute to the Bishop of Myra (Turkey), whom bones were brought in 1087 from 62 barese sailors. History and legend are melted to create the myth of brown-skinned Saint, thaumaturge, protector of children, young single women and sailors, but also of judicial errors victims and lawyers. During the three-days feast, in Bari you can live a magical atmosphere, made of lights, merry-go rounds, stalls, street food, but above all of devotion of Catholics and Orthodox praying together. People of Bari are very bound to Saint Nicholas, but they are not the only ones. All over the world the Saint is deeply loved and revered.

Saint Nicholas and the East

The XI th century Bishop is reminded in Greek sailors and Orthodoxes prayers, particularly in Russia, where the Saint is celebrated on 6th December and 9th may (celebration day of Bones tranlations), as well as in Bari. The Russian religious tradition tells on 9th May the first miracle by Saint Nicholas, when He resuscitated a young man overwhelmed from tumultuous waters of Dnièpr river; there are many believes and stories about its miracles in every part of Russia, that Saint Nicholas is the national Saint in Russia, building closer links with Bari. In Carrassi neighborhood, indeed, there is a magnificent Orthodox church, consigned in 2012 to Moscow Patriarchate, and there are a lot of devoted people who come in Bari from Russia and Baltics and Salvic countries.

Saint Nicholas and the West 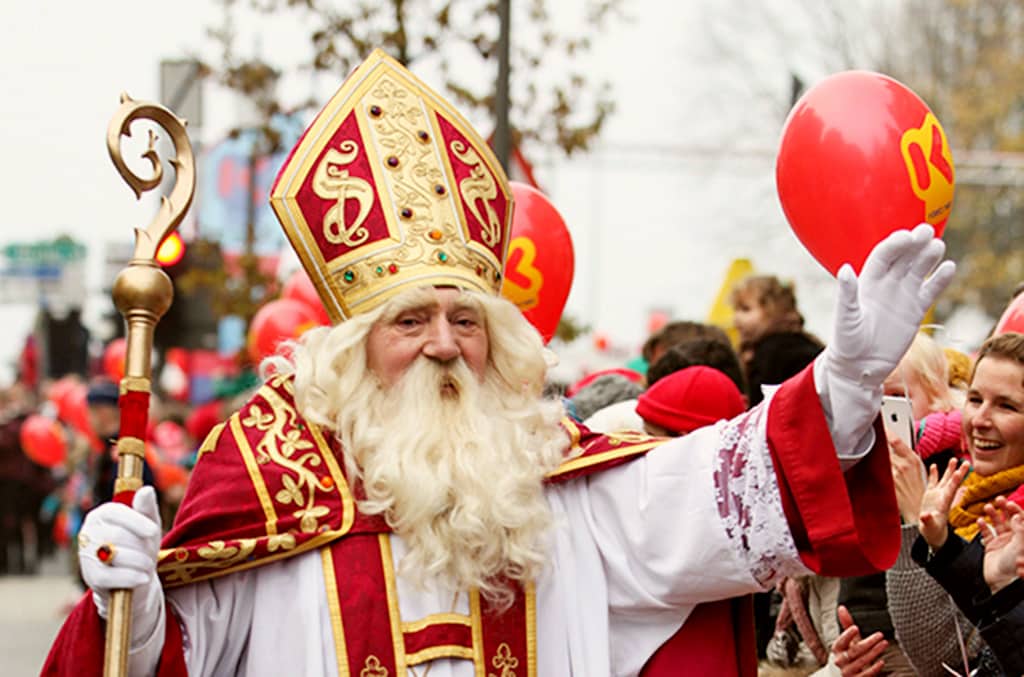 In Protestant religions Saint Nicholas is also very considered. In German countries the Saint is connected to the folkloric “Winter Papa”, who gives gifts to children, remembering Saint Nicholas’ miracles; today Santa Klaus’s coming in Germany, or Sinterklaas in Holland is awaited every December from all children with trepidation. During the big emigration in XVIII and XIX th century to United States, the devotion of Saint Nicholas came in the ‘new world’, transforming in the famous old bearded red-dressed dispensing gift to the kids: well, the good old Santa Claus.