Italy in February: what to do and where to go

The month of February offers excellent opportunities to visit Italy and immerse yourself in characteristic places. Between Carnival and Valentine's Day, this article will give you many ideas on how and where to spend your holiday.

Are you planning to visit Italy in February? It is the article for you!

Italy boasts so many characteristic places and caters for all your tourist needs. Many people don't consider it a month to move around and unplug, but in reality, if you feel a whole range of different factors, it is much more suitable for a holiday than you think.

But then, why choose Italy? First of all, let's not forget that Italy is home to some of the most beautiful carnivals in the world. And we are also talking about the month of Valentine's Day, the festival of lovers!

Let's find out where to go and where best to spend these two holidays!

Valentine's Day in the mountains of Livigno 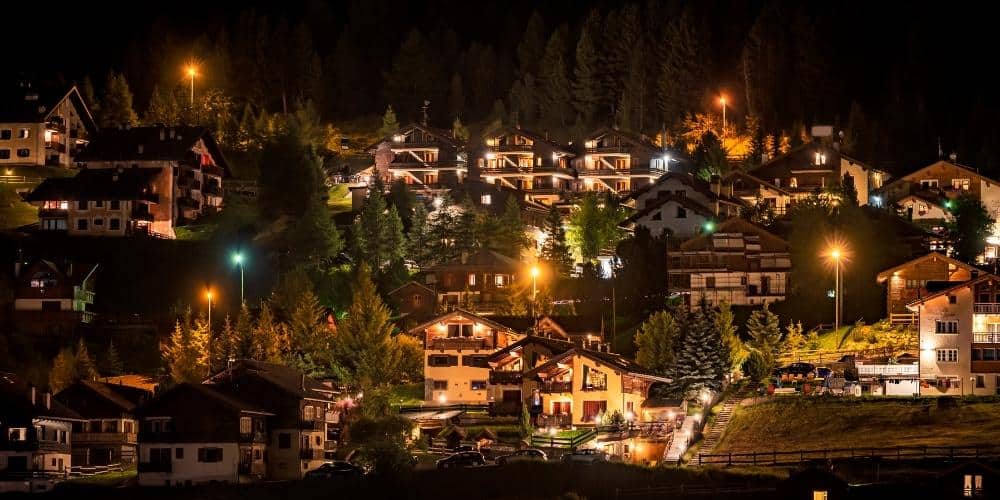 Let's not forget that February is the month of Valentine's day. A good solution could be to spend a few days in the mountains in Livigno, in Lombardy.

Livigno is a municipality in the Valtellina, ideal, especially for skiers. It is located on the border with Switzerland and will allow you to immerse yourself in a breathtaking landscape. You can spend long days practising various activities in the snow.

Livigno is also famous for the culinary specialities of the Valtellina tradition, characterised by warm and tasty dishes.

On the other hand, if you would like to spend a few days in complete relaxation without forgoing breathtaking landscapes and characteristic villages, Umbria is the place for you.

Orvieto, Assisi, and Gubbio are Italy's most characteristic villages. They will amaze you with their abundance of unique attractions. Art, history and culture are intertwined with culinary traditions not to miss. They are also a rather romantic location, ideal for a couple's holiday.

Carnival: the most characteristic festivals in Italy

Carnival in Italy is a trendy festival. The most famous are those of Viareggio and Venice.

The Viareggio Carnival is famous for its allegorical floats, the largest and most animated in the world. They parade along the street of the Viareggio waterfront, and the figurative works take inspiration from political satire and major contemporary themes.

The Venice Carnival is undoubtedly the best known in the world. Among the most eagerly awaited events that characterise it:

- The Festa delle Marie: a sort of parade mixed with a beauty contest in costume;

- Il Volo dell'Angelo (The Flight of the Angel): The Colombina is an artist who, attached to a metal cable, launches herself from the bell tower, ending her descent in Piazza San Marco.

But in which other cities in Italy find very characteristic Carnival celebrations? Read on to find out! 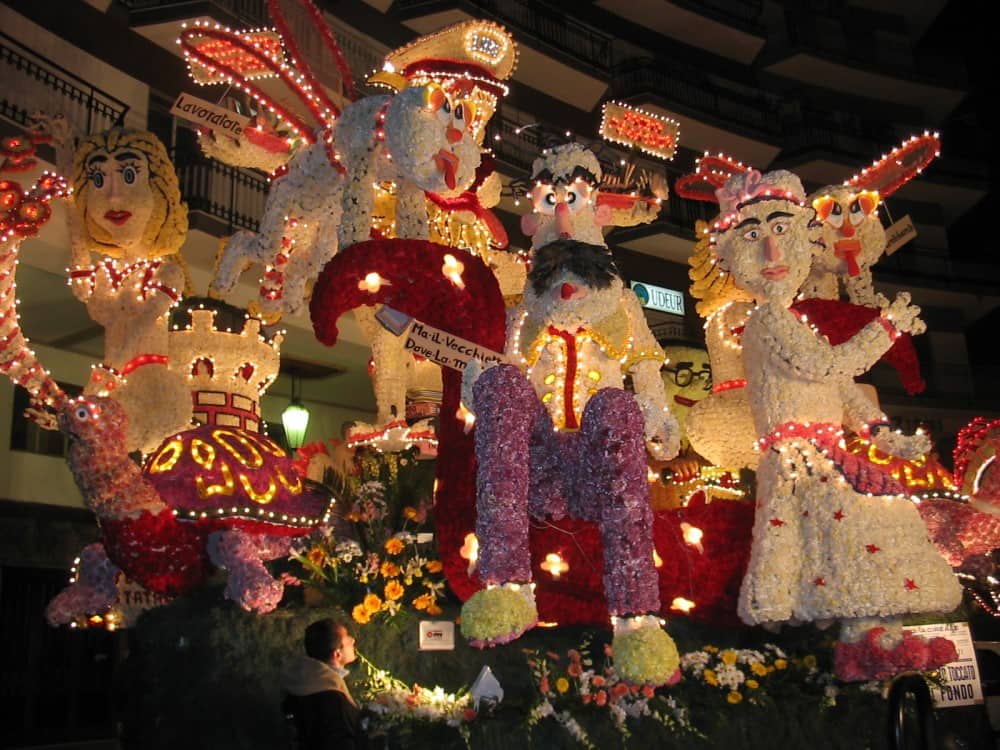 Acireale is a magnificent Baroque town, rich in monuments of great interest and located in the province of Catania. One of the most beautiful carnivals in Sicily takes place here.

The Carnival of Acireale boasts an ancient tradition. As early as the 1500s, a sizeable spontaneous event was held in February in which the people participated in large numbers. The custom was to throw rotten eggs and citrus fruits in the streets until an edict banned this 'game'.

Carnival went back to the beginning of the 18th century. There were no more rotten eggs and citrus fruits, but a new figure: the 'Abatazzi'. Famous poets who improvised rhymes in the streets of Acireale.

In the 19th century, the 'Cassariata' was introduced, with the parade of the 'Landò': elegant horse-drawn carriages reserved for the city's nobility, who threw confetti at the spectators.

Another famous carnival in Italy and abroad is the Historic Carnival of Ivrea, a small Piedmontese town in the province of Turin. Founded in 1808, it is one of the oldest and most unique festivals globally.

The main characters of the festival are the Miller, the Heroine and the General. Since 1800, they have had the task of ensuring that the festival runs smoothly.

But what does the Ivrea Carnival consist of? It is a historical commemoration of the popular rebellion against tyranny. An insurrection culminates in the spectacular parade of the historical procession and the suggestive Battle of Oranges, which fills the city with colours and scents and involves all participants.

The carnival commemorates the expulsion of the tyrant from the town during the Middle Ages. He was an evil baron who starved the city.

One day, the miller's daughter (the Mugnaia) rebelled against the baron because she did not want to submit to the Ius primae noctis. It used to be a right of the feudal lord who claimed to take her husband's place during the wedding night on the occasion of the marriage of one of his serfs. Thanks to the Mugnaia and her refusal to submit to the tyrant's rules, the people revolted and drove the baron out.

On carnival day, the Battle of the Oranges consists of two teams: the Orangers on foot, who have to defend the city, and the Orangers on carts, who attack the town with oranges. The oranges represent the arrows used by the archers.

Another famous carnival is in Naples. The people had always appreciated the festival, especially during the Bourbon era, between the 18th and 19th centuries, when the Neapolitan aristocratic palaces used to organise sumptuous banquets and spectacular masked balls.

The pomp and circumstance of that beautiful era back by the 18th-century Neapolitan Carnival, an event that for years has attracted the enthusiasm of tourists and Neapolitan citizens, who can feel like characters from Bourbon Naples for an evening.

Back in the time for a shout! One night will fill you with emotions and entertainment, which have nothing to envy the most famous Venetian parties. Many artists and performers will recreate for you the magical party atmosphere of that time.

Every year the event takes place in magnificent locations in the Neapolitan city. Awaking dream that you will enthusiastically remember for years.