Idioms are the portrait of a nation: they hold curiosities and unique anecdotes. Let's find out them together!

In general, idioms are the essence of a language and represent the national cultural heritage. In the case of Italian idioms, of course, the situation is the same. It isn't easy to translate them literally from one language to another, except by adapting and localising their content to the country's context. They are the mirror of a nation's history, traditions and mentality. They arise from the observation of reality and nature (e.g. they refer to animals), are linked to particular historical events or anecdotes, and so on.

On the other hand, many expressions are linked to food, numbers, body parts, famous people or important cities (in our case, we will find out which one). The variety and richness of Italian locutions would require a complete treatise, but this is not the right place, nor would we cover everything in an article. We will simply analyse the meaning and the origin of some truly singular "formulas". Please, sit back and enjoy our top 10. 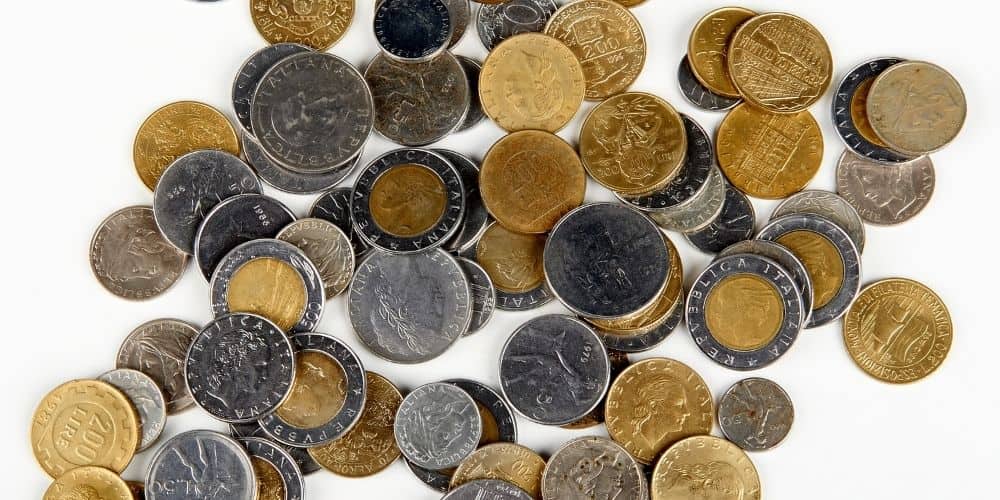 If something «costs two liras» or «you pay two liras for it», it means that this item is very cheap. Here we refer to the lira, the Italian currency replaced by the euro on 1 January 2002. The changeover to the single European currency caused a sharp and general increase in prices, so Italians still regret their dear old national money. 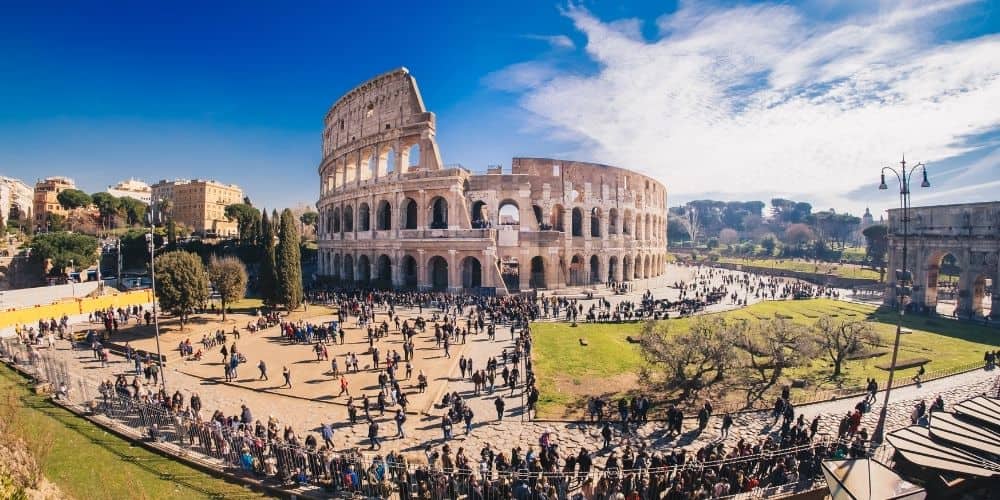 This saying, which belongs to the entire Italian popular culture, stems from the fact that the Romans devised and implemented an efficient road system. Translated from the Latin «Omnes viae Romam ducunt», it means that this system was such that we could reach the capital from all places. Whether for economic, commercial, war or political reasons, these routes enabled the development of Roman civilisation throughout the world. Even today, the consular roads of Ancient Rome form the basis of the Italian road network. The Aurelia, Salaria, Cassia, Flaminia and Appia are just some of the main streets. Apart from the ease of reaching Rome from any point, the saying goes whatever decision you make. It will still lead you to the same solution or in the same direction. 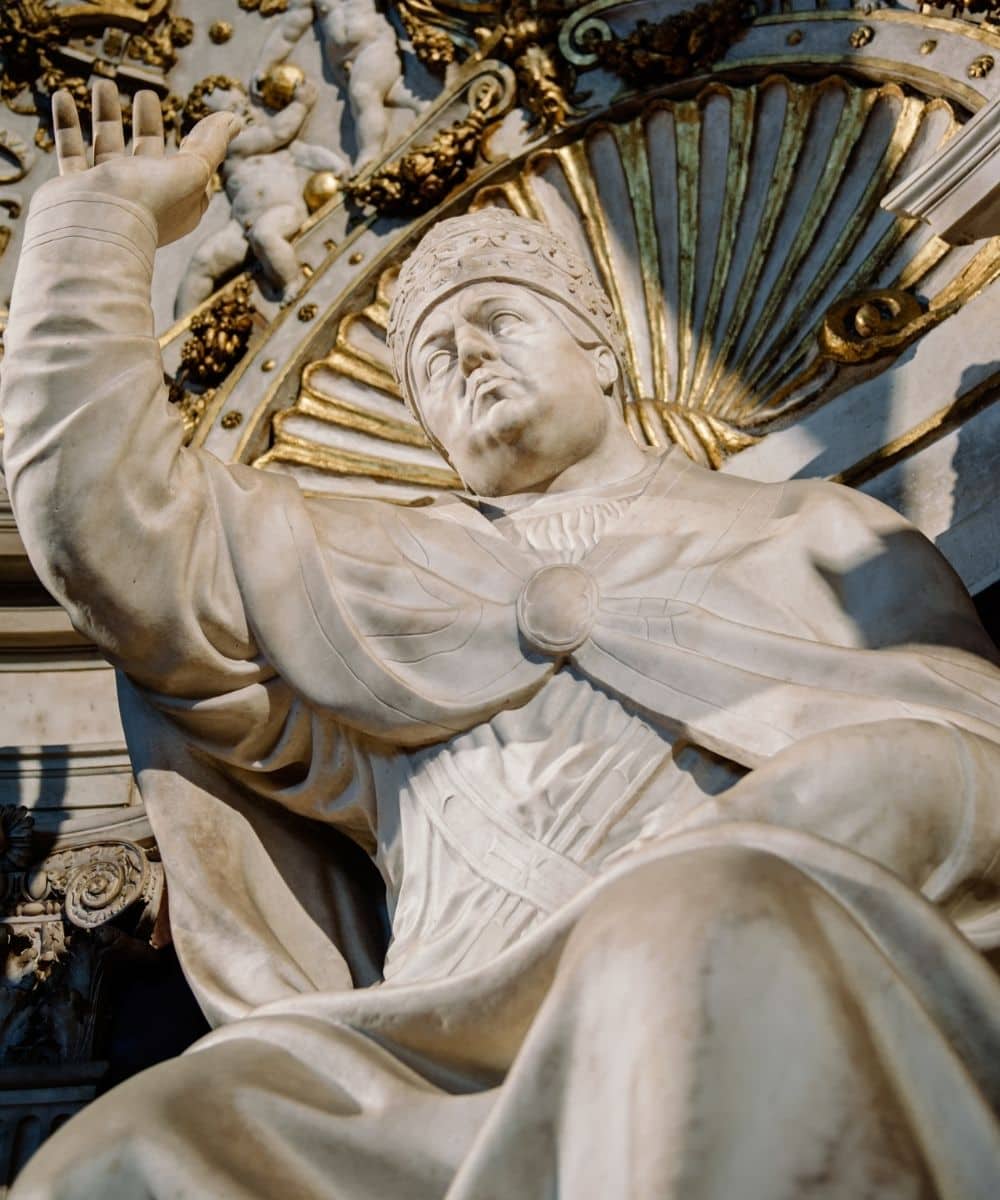 «We got 30, let's get 31» is a saying of ancient origin. It seems to date back to 1517 when Pope Leo X appointed 30 cardinals. Realising that he had forgotten a cardinal who was his friend, he decided to add him to the list, bringing the total to 31. Until 1946, the consistory held the record for the highest number of cardinal appointments in history. The old cardinals objected strenuously, but the Pontiff replied: «It's 30 rather than 31». Over the centuries, the expression has undergone several changes to arrive at the formula we know today.

In terms of meaning, the saying is equivalent to "to dare further" or "to strive further". Its use is polyvalent and universal, as we can apply it to any field or situation. Example: imagine that you are in Rome and, after a long and exciting daily itinerary, you are next to the Circus Maximus. You are tired and would like to go back to your hotel and relax. You're there: you got 30, now get 31. You  can't miss the nearby Mouth of Truth!

The expression derives from the medieval custom of travelling to Rome to see the Pope, undertaking long and arduous journeys from all corners of the globe. So, if «you go to Rome and don't see the Pope», it means that you have missed the point. Better still, it means you have not grasped the essence and importance of something, taking action and only partially completing it. We believe there is no better example to explain the saying than the saying itself, which, eloquent and effective, speaks for itself. 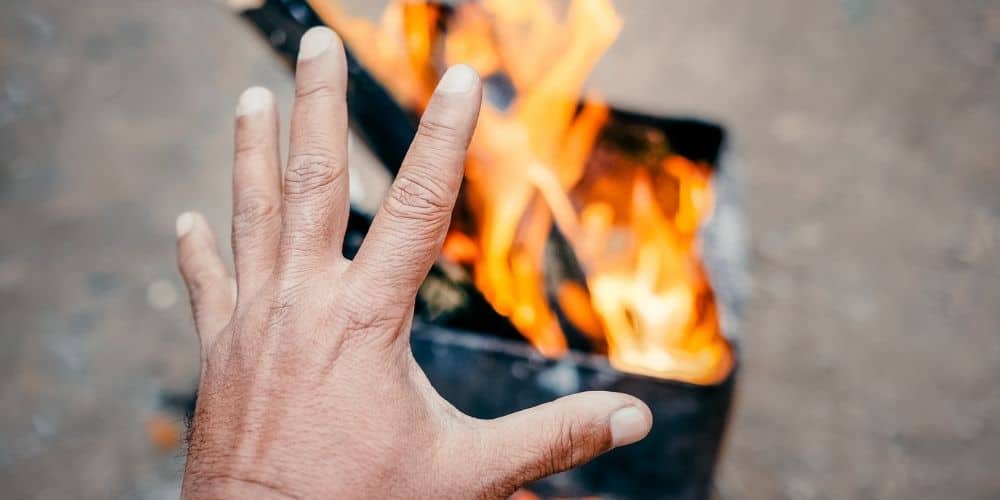 Another version, undoubtedly the most plausible and fascinating from the point of view of meaning, is found in history. We are in 508 BC, and the Etruscans besiege Rome. The legend says that Gaius Mucius Cordus, seeing the dramatic situation in which the capital was in, tried to kill King Porsenna. However, he fails in his objective, killing another person by mistake. To punish himself, he puts his right hand on the Fire of Sacrifices until the flames burn it completely.

Captured and brought before the Etruscan sovereign, he says: «I wanted to kill you. My hand has erred, and now I punish it for this unforgivable error». Porsenna, amazed by such courage, frees the young Roman aristocrat. From then on, the nobleman assumed the cognomen of Scevola, or "the left-handed", going down in history as Gaius Mucius Scevola. And what would you put your hand in the fire for? 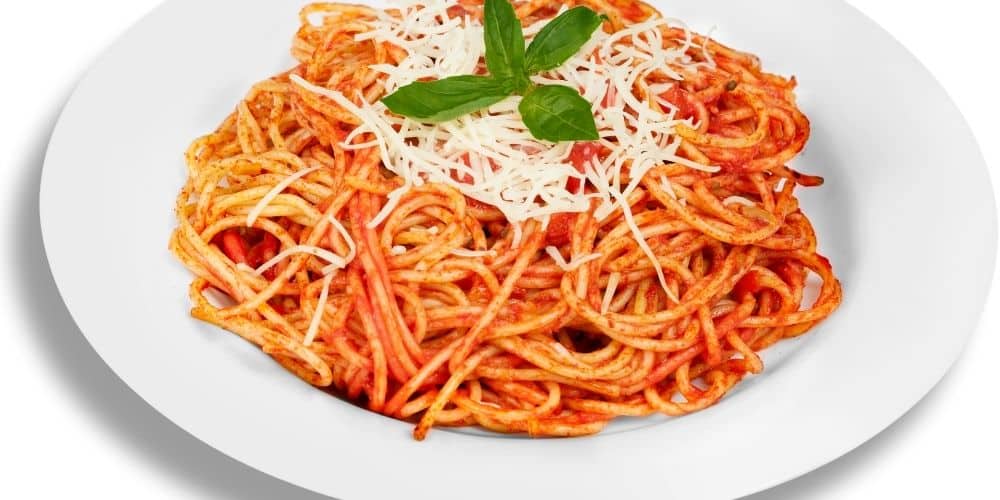 This idiomatic expression embodies Italian cuisine and culture. If something is «come il cacio sui maccheroni» (literally, like cheese on pasta), it means that we have achieved a perfect match. Sometimes, this "event" can happen by chance, crowning something impeccably. However, this phrase is not necessarily applied in the gastronomic sphere: it is used because of its strong evocative power.

The pasta dish, generically referred to as macaroni, is the most representative metaphor for an Italian. The ideal combination with pastasciutta, a typical Italian food: an unbeatable couple! The sprinkling of cheese is linked to the sensory experience with a deeper meaning. It alludes to something that happens at the right time and gives the final touch that borders on perfection. If you are told, «you are my cacio on the macaroni», it is a beautiful comment. Yes, perhaps not very romantic in terms of poetry, but certainly no less intense and authentic than the love for such a special dish... 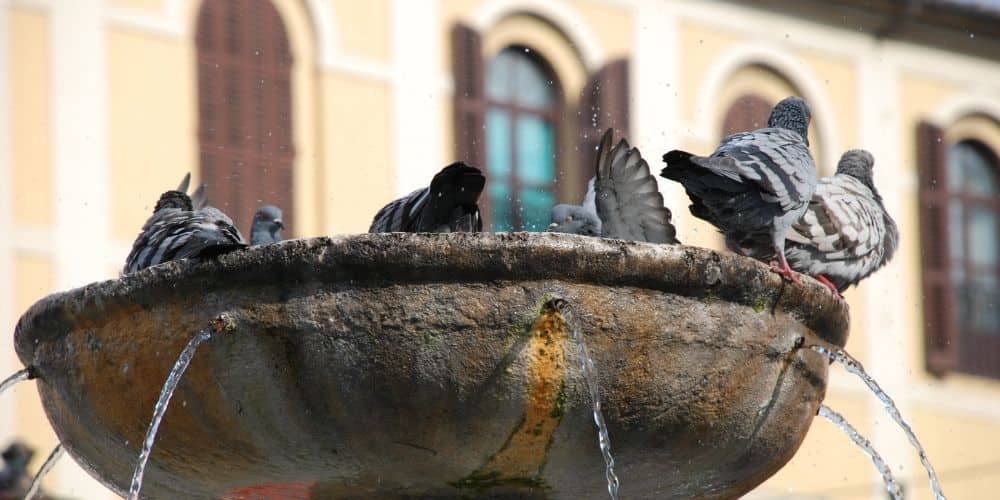 «Prendere due piccioni con una fava» (literally, catching two pigeons with a broad bean, better if translated with killing two birds with a stone) is is an image that recalls the idea of obtaining a double benefit from a single action. Thus, here we focus on the least effort we have achieved the maximum expected result. Thanks to luck or skills, this way of saying is certainly connected to the peasant world. Here we refer to the typical custom, an actual technique, of attracting pigeons by baiting them with broad beans placed in traps. The birds, particularly fond of this legume, bite like a fish on a hook. It takes one bean to catch a pigeon. It follows that to catch two pigeons, you need two broad beans. In other words, you are making the most of a situation with the most minor investment/commitment. Not for everyone, is it? 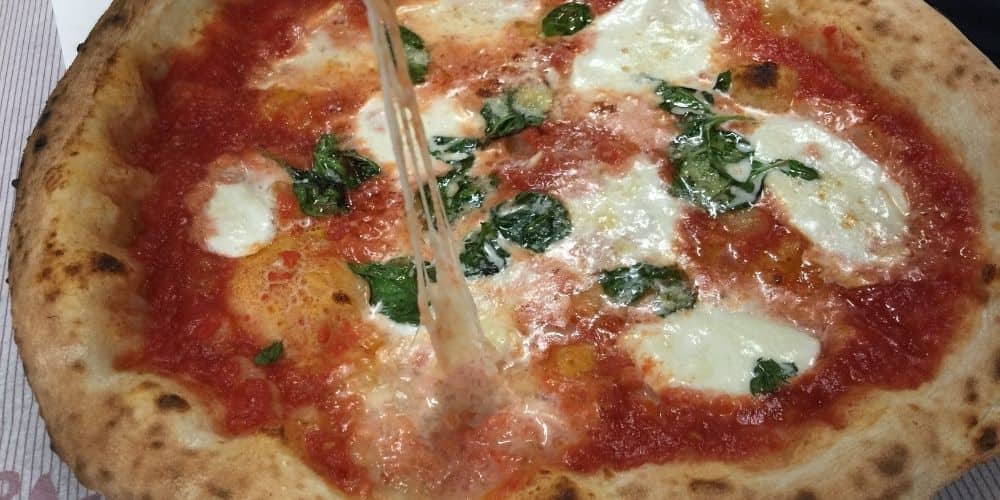 Contrary to what one might think, saying «Che pizza!» has a sense that it is anything but positive! Although pizza is associated with goodness and taste to the nth degree, this is not the case! The exclamation, here, has the negative "flavour" of boredom, annoyance and nuisance.

For example, «Che pizza fare la fila» (namely, «Che pizza to stand in line!») means that it is not particularly exciting or interesting, or instead that we made a wrong choice. If you hear yourself saying «Che pizza!» we suggest you to change your attitude/behaviour: it is not at all welcome. But why the pizza that the whole world loves? It probably stems from the patience and boredom of waiting for the slow leavening process of such delicious and tasty food. Come to think of it, though, isn't it the act of waiting that makes everything so special? 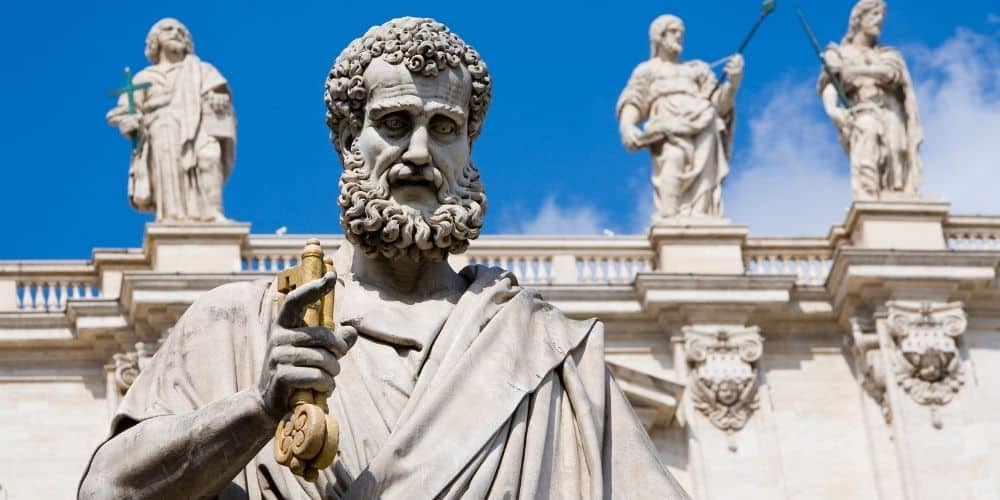 In a joking manner, the saying «si chiama Pietro … e torna indietro» is used when lending something to someone. The object lent is to be returned to Peter, the rightful owner. Why Peter? Undoubtedly, because of the apt rhyme in Italian (Pietro-indietro). In fact, in English, a possible and understandable translation could be «its name is Jack, and I want it back!» Apparently, this is not the only reason. Let us see why.

According to legend, the Apostle Peter was fleeing Rome to escape Nero's persecution. Along the Appian Way, he met Christ, to whom he asked the question «Domine quo vadis?», which means «Lord, where am I going?». Jesus replied: «Eo Romam iterum crucifigi» (I am going to Rome to be crucified again). In memory of this episode, at the crossroads of via Appia Antica and via Ardeatina, the Church of Domine quo vadis or Santa Maria in Palmis stands. Returning to our story, Peter went back and faced martyrdom with great faith and courage. We do not know which of the two hypotheses is the more truthful. Don't forget to give it back to the lender if you borrow something! 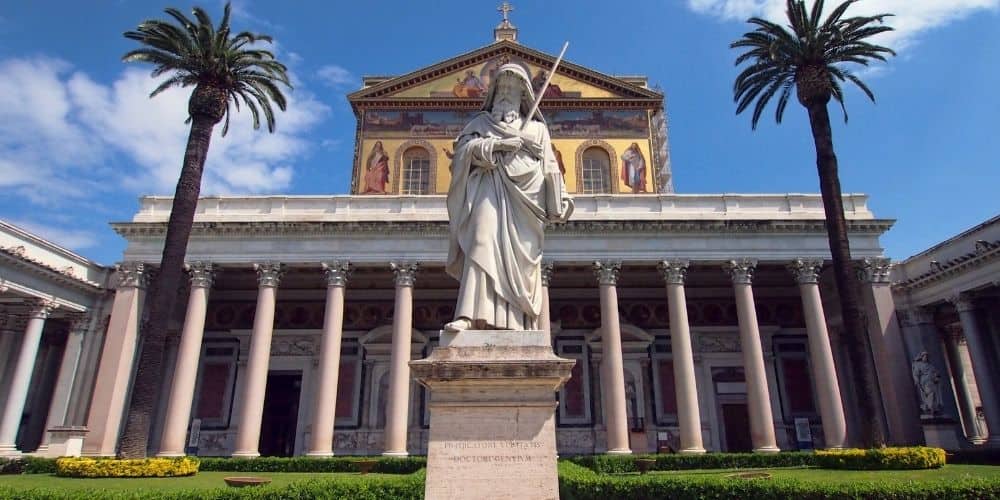 Basilica of Saint Paul Outside the Walls

This expression means "wasting time wandering around without any purpose" or, more rarely, "going in search of someone who can listen to us". The "seven churches" are the stages of the famous medieval tour revisited and proposed by St Philip Neri around the 14th century. It was a pilgrimage to Rome's seven major basilicas to obtain special indulgences. In Rome, nowadays there is still Via delle Sette Chiese (literally, Seven Churches Street) which, 3 km long, links the Basilica of St Paul to the Basilica of St Sebastian on the Appian Way. However, without detracting from this religious custom, the saying  "tour of the seven churches" basically means a waste of time without reaching the goal.