World Chocolate Day: the Italian story of a delicacy

It's sweet, it cheers us up, we never say no to it: it's chocolate! A food with a history going back thousands of years and rich in health benefits. World Chocolate Day, which takes place every year on 7 July, aims at celebrating this delicious product, loved worldwide.

Biochemically, love is just like eating large amounts of chocolate.

As every year on 7 July, World Chocolate Day, the most eagerly awaited event for gourmands, now in its 13th year, takes place. Every year since 2009, on 7 July - and we'll soon see why it is precisely on 7 July - we celebrate an ingredient that has been known for thousands of years and loved by young and old in its most varied versions. Dark, bitter, white, milk... in the form of ice cream, chocolates, bars, as an ingredient in cakes and pies, as a spread... chocolate is in our lives like a faithful companion that never lets us down. But why 7 July? It would seem that the choice of this day is due to the first appearance of solid, ready-to-eat chocolate bars by British confectionery entrepreneur Joseph Fry. According to other hypotheses, this day celebrates the importation of chocolate into Europe in 1550. However, irrespective of the true origin of this pleasant and sweet occasion, the most important thing - and this time it really must be said - is the substance. The day's program, full of events, deals with the undisputed protagonist, chocolate, to be enjoyed as one likes, thanks to its more classic or original but still delicious variants. It must be said that all over the world, including Italy, this is not the only date dedicated to the Mayan gold, but there are others throughout the year to underline its importance. An unfailing ingredient that has become an international tourist attraction if we think of Eurochocolate in Perugia, CiocclaTo' in Turin, Cioccoshow in Bologna, and, finally, Ciocco in Garfagnana (Tuscany). 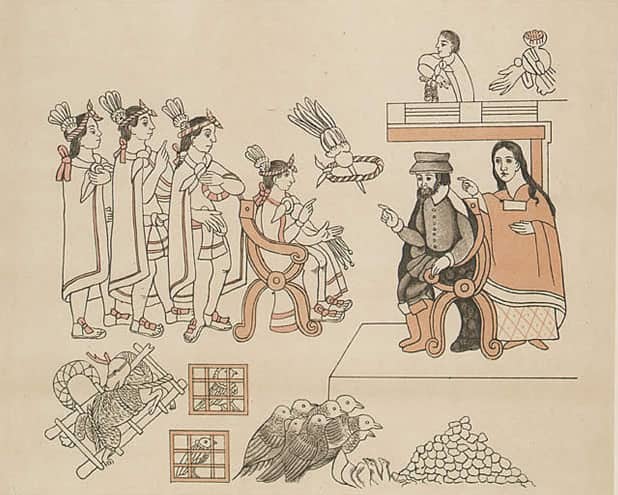 Chocolate comes from the seed of the cocoa tree, which has been cultivated in Mexico in Central America for at least three thousand years. In practice, the cocoa beans undergo a delicate and complex process, the result of which is the precious black powder. The first evidence of the use of cocoa beans seems to date back to around 1100 BC. Consumed in liquid form, it was a favorite drink of the Aztecs, who considered it a concession from the god of wisdom, Quetzacolati. They also used cocoa powder as a bartering commodity. The Maya, in turn, believed that it was the deity Kukulkan who gave them this sacred food.

In Europe, chocolate was virtually unknown until the discovery of America in 1492, when Christopher Columbus discovered its existence and its taste! Later, with the colonization of the Americas, Hernán Cortés, the noble Spanish Conquistador, was offered the chance to taste chocolate as a hot drink during his visit to the Mexican king Montezuma II.

From then on, like other products unknown to the Old World, chocolate arrived in Europe, initially only in the wealthiest homes. Later on, thanks to improved processing techniques, many entrepreneurs approached the production of chocolate, which has become affordable over the years.

The arrival of chocolate in Italy and the person to whom this delicious importation can be attributed are also controversial and controversial. According to some, it was thanks to Princess Catherine of Austria, daughter of Philip II of Spain and wife of Charles Emmanuel I of Savoy. Others say it was the Spanish army captain Emanuele Filiberto of Savoy.

In any case, whoever it was, what is certain is that for the very first years of its importation, chocolate could truly be considered the black gold, a privilege truly for the chosen few, and that since its landing in Europe it has had a strong link with Italy. In our country, the first person to officially receive permission to sell chocolate from the Royal House of Savoy was master chocolatier Antonio Ari, but only in its liquid form. The first shop specialised in the sale and tasting of chocolate with coffee was established in Turin, a niche product that few could afford due to the high production costs.

It was only in the 19th century that, thanks to a reduction in costs, chocolate became a consumer good accessible to all, and in the meantime also available in the famous bar version.

Nowadays, the Italian tradition of chocolate is part of gastronomic excellence, and present in its most varied forms and versions, loved by young and old alike: an ageless passion.

Chocolate Consumption and its Benefits on Health 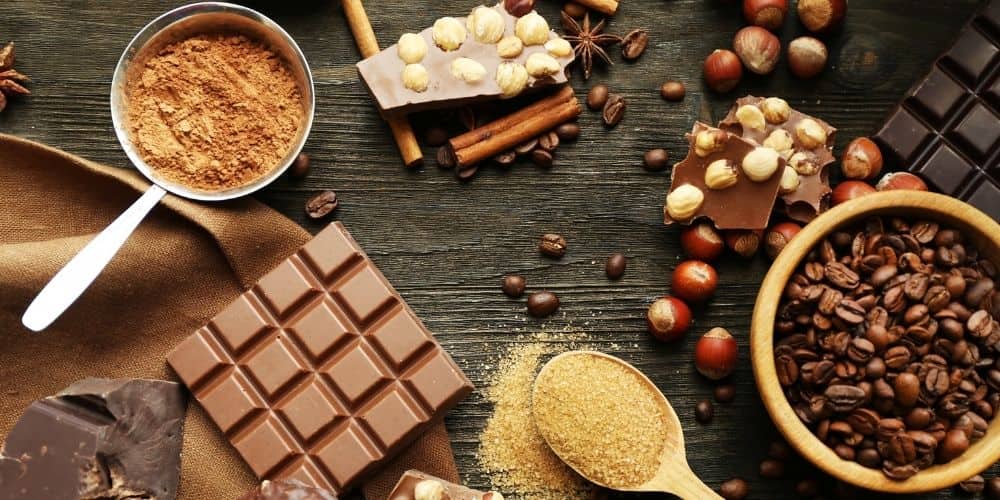 There are many Italian brands that produce it, as well as typical Italian specialties, but above all excellence such as the Modica IGP Chocolate, a certified product obtained from the processing of bitter cocoa paste with the sole addition of sugar, made in the territory of Modica, in the province of Ragusa (Sicily). According to the Italian Agency Ansa, referring to studies on the subject, in Italy, the annual per capita consumption of chocolate is 4 kilograms or about 11 grams per day.

However, according to research about the properties and benefits of chocolate, the advantages of this tasty substance for our health are truly amazing. Contrary to what one might think, between milk chocolate and dark chocolate -which is made up of at least 45% cocoa paste- it is the latter that has the most benefits for the body, since the higher percentage of cocoa paste is present, the greater its properties.

First of all, and dispelling false myths, chocolate does not cause tooth decay; on the contrary, it produces antibacterial agents that even prevent it.

Thanks to its substances, including flavonoids and polyphenols, it has important cardioprotective and antioxidant properties and is also the least caloric, so it is possible to use it without contravening the rules of a balanced diet.

In addition, it prevents numerous disorders including hypertension, insomnia, and depression. Furthermore, it is very important for athletes or those who generally undergo physical or mental strain as it is a rich source of energy for the body and stimulates concentration. So, a piece of chocolate for those who have to face long periods of study and exams is really recommended.

As if that weren't enough, its scent alone induces the release of endorphins, known neurotransmitters that cause a state of physical and mental relaxation and sometimes even act as a natural painkiller.

Dark chocolate, in particular, stimulates and enhances sensory perceptions and has a beneficial effect on mood, even leading to euphoria. So, a panacea against depression and a mood-booster. Who among us has never eaten chocolate to pamper themselves at a bad time? This association between chocolate and a good mood is not accidental but based on scientific grounds. Dark chocolate increases the production of serotonin, a deficiency of which causes stress and depression in the body. Called the "feel-good hormone", it contributes to a general improvement in our psychophysical condition: hence the feeling of well-being when we indulge in a sin of gluttony. According to several studies, moderate but regular consumption of dark chocolate has been shown to increase the intake of phosphorus and flavonoids, which are essential for our memory and mental activities.

And last but not least, given the benefits of this delicious but equally precious food, you can say goodbye to guilt and let yourself be delighted by the elixir of happiness!