Why did the whole world want to dedicate a day just to cakes? And how is it celebrated in Italy?

Cake is a dessert that has always existed, in every culture, loved by adults and children, perfect both to underline an important occasion, as well as for tea-time or breakfast. They can be simple or elaborate, traditional or innovative and all are able to bring joy to those who eat them and those who make them.

Food is an important part of Italian culture and cakes are very popular here. There are so many typical recipes that counting them is impossible. Each region has its own, but there are also those spread throughout the whole country, whose origin is lost in the mists of time.

Celebrating cakes is easy, fun and affordable for everyone. Let's find out what it is all about. 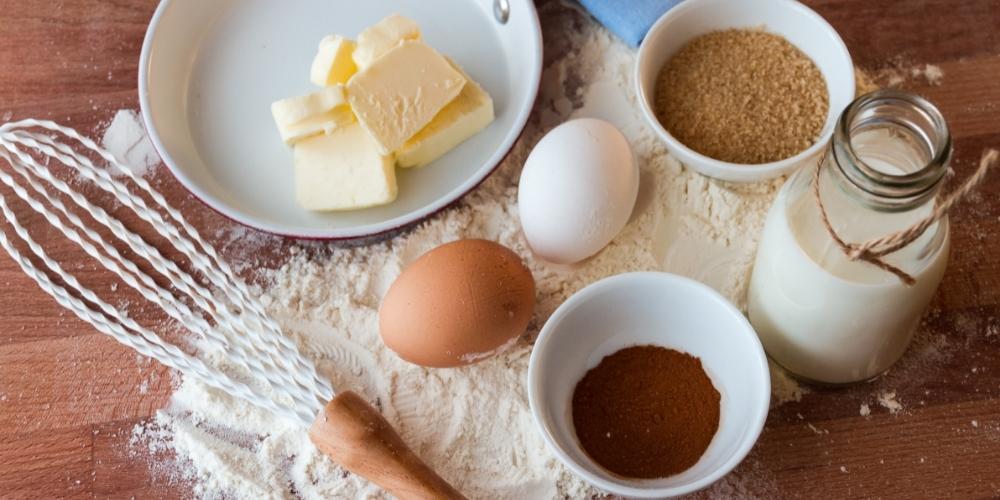 It's a fairly recent recurrence, this one, but that doesn't make it any less important.

It was 2015 when a group of baking lovers decided that the cake deserved a special day all to itself, so the choice has fallen on March 17th. Since then, cake's already enormous popularity has only grown year by year.

To join the celebrations you don't need to be an expert pastry chef, on the contrary, the beauty of this day lies precisely in the desire to encourage those who still don't feel confident in their abilities, to grab an apron and a spoon and put themselves to the test. The keyword is only one: fun!

Anyone can celebrate the World Cake Day simply by baking a cake. The most popular one or a newly invented recipe, highly elaborate or with few basic ingredients. It doesn't matter, what matters is the passion with which you do it.

Don't have an oven handy? You can still join the party, perhaps having fun getting to know Italy from north to south, through some of its many, beloved cakes.

Remember, regardless of what life offers us, we can always bake a cake

A sweet Italian journey: the cakes of the north

Looks like three of the most typical cakes of Northern Italy share two main traits: chocolate and noble origins.

The Tenerina, for example, originally from Ferrara, is a delight of butter and dark chocolate, created in honor of Elena Petrovich, wife of King Vittorio Emanuele III.
The Sacripantina, on the other hand, a Genoese creation, owes its name to King Sacripante, a character in the famous poem by Ludovico Ariosto, Orlando Furioso. As for its dome shape that contains soft cream, according to some, it would be a tribute to the dresses of the ladies of Genoa.

On this tour of cakes, it is impossible not to mention Italy's best-loved and most famous dessert: Tiramisù. Origins disputed between Veneto and Friuli-Venezia Giulia, Tiramisù is made up of two alternating layers: ladyfingers (savoiardi) soaked in coffee and sweet mascarpone cream A delicacy that the whole world envies. For the complete history (and recipe! ) of this super-loved dessert, see our in-depth article. 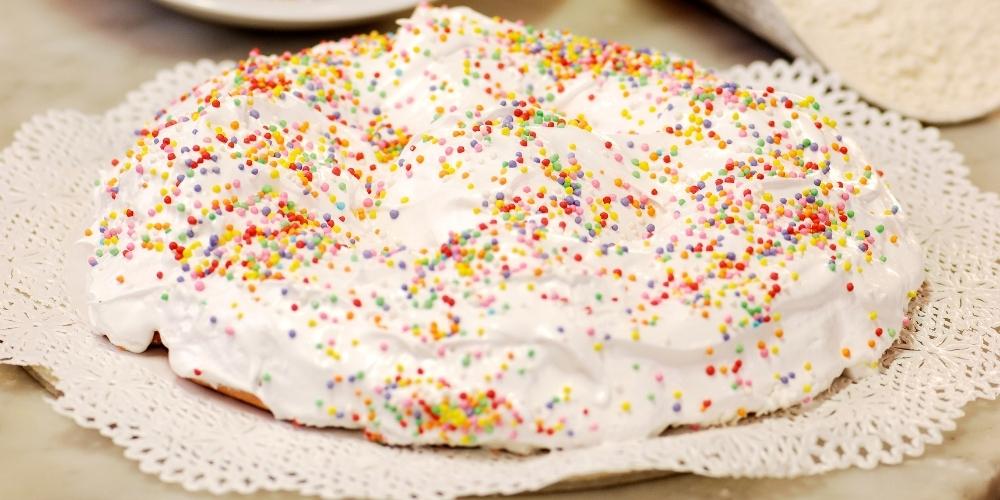 Simple, genuine, delicious, if you are in Tuscany you just can't miss it. It's the Torta della Nonna, which translates to Granma's Cake and which, according to some, originates from Florence, according to others from Arezzo. What matters, however, is the inimitable taste of the shortcrust pastry meeting the custard. There is also an chocolate variant, perhaps a little less famous, but definitely worth trying, the Torta del Nonno, Grandpa's Cake.

Let's go on our yummy journey on the occasion of World Cake Day towards the green heart of Italy, Umbria. Here, according to an ancient recipe, in the Easter period the Ciaramicola is made. It's characterized in the inside by the typical red color due to Alchermes. It's a simple cake, but thanks to the meringue and a shower of colored sprinkles, it looks cheerful and festive.

Black and white chocolate, coffee, almonds and rum are just some of the ingredients that make up the Pizza Dolce Abruzzese. A truly special, traditional and very elaborate cake from Abruzzo, which is made for special occasions, such as birthdays and weddings. The processing is perhaps a bit long, but the final result compensates for any effort. An itinerary across Italian cakes cannot fail to pass through Campania, home of famous desserts such as babà and sfogliatelle, but also of the Caprese cake. This one, as its name says, was born on the beautiful island of Capri and is made of chocolate, almonds and eggs. The scent is divine, the taste even more so.

In Calabria, during Easter, Riganella is prepared as a single portion dessert, but also as a cake. It's rich in aromas and flavours, thanks to the skilful combination of raisins, almonds, walnuts, lemon, oregano and liqueurs. In addition to the flavour, this dessert can also boast an important meaning, its spiral shape refers to the cycle of life.

Let's move to Sicily, now, where the famous cassata is born. Sweet and colorful, it's made with sponge cake, sheep's milk ricotta and sugar. In fact, there would be no need to wait for World Cake Day to get to know it, as it is among the most famous Italian cakes in the world. Making it takes some time, but it's not too difficult. The funniest part? It's the decoration. With icing, royal paste and the colors of candied fruit you can let your imagination run free.

Our journey, inevitably far from being complete, wouldn't be the same without a stop in Sardinia, with its dream beaches, its ancient culture, and also its Torta de Arrescottu, that's a ricotta cake. It's prepared, according to tradition, very simply, with sugar and sheep's milk ricotta, but there are many variations that enrich the dough with pine nuts, raisins, almonds and so on. It's a genuine, soft dessert that tastes like home and family.