It's Christmas time! Family, gifts and...big feasts. The traditional dishes are, of course, the kings of the table; among them, also sweets and desserts are so important that the making of them, during Advent days, is an undeniable ritual, observed in every house. Follow us in this trip from north of south of Apulia, knowing the traditional sweets and their taste.

CARTELLATE & CO.: SWEETS MADE OF “VINCOTTO” Cartellate are the best known Christmas sweet of Apulia. They are a rose shaped dough made of flour, eggs, sugar, olive oil, white wine. They are fried and hoisted with “vincotto” (cooked red grape or figues must) or with honey. The typical shape is got rolling up in a circle dough stripes, cute with a special pastry cutting wheel. You can find cartellate from Gargano (north Apulia) to Salento (south Apulia) e they have a very ancient origin: some sweets like cartellate appear in a VI th century b.C. cave painting as an offer to Cerere, the Roman goddess of land and fecundity. Curiosity: also in Morocco you can have cartellate, called shebakia, more spiced but same shaped.

Among sweets made with vincotto there are mostaccioli, smooth biscuits made of toasted almonds and vincotto, with cinnamon, cloves, lemon peel, covered with chocolate icing or chocolate; they remind the German Lebkuchen. More, we have black taralli made with flour, almonds, chocolate and vincotto. Typical of Foggia and its county are the “cuscini di Gesù Bambino” (Baby Jesus pillows), made with the same cartellate dough, filled with jam or almond paste. 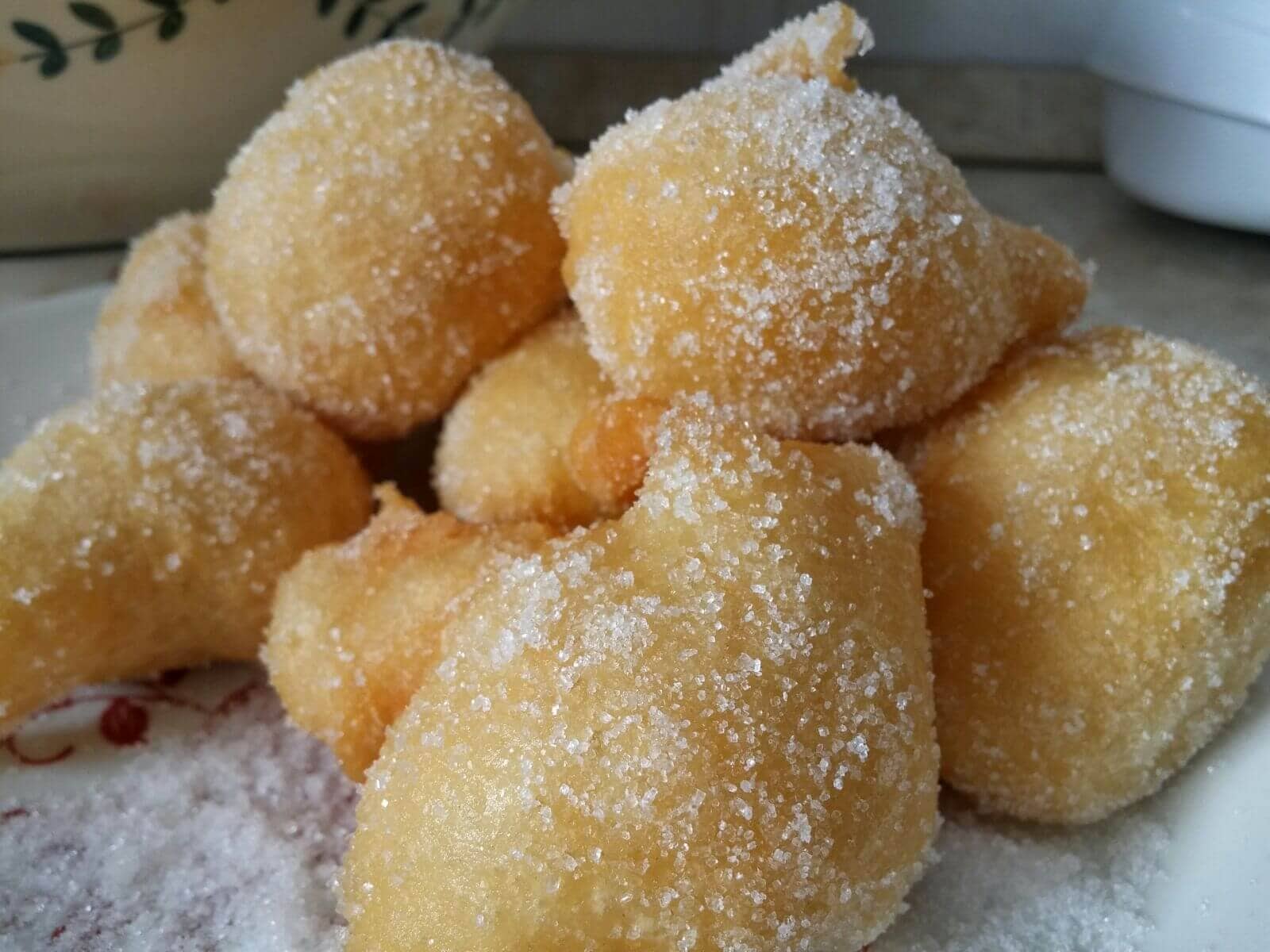 In Bari, on 6th December people celebrate Saint Nicholas. At 4 in the morning already the old town (Barivecchia) bristles with people that go to the Basilica dedicated to Saint Nicholas for the church service; after that, they eat pettole, the typical deep fried dough balls, sugared, to taste with a glass of homemade hot chocolate, offered by old town women. With chocolate you make also the “mandorle atterrate” (toasted almonds covered with chocolate) and cover candied orange peels. 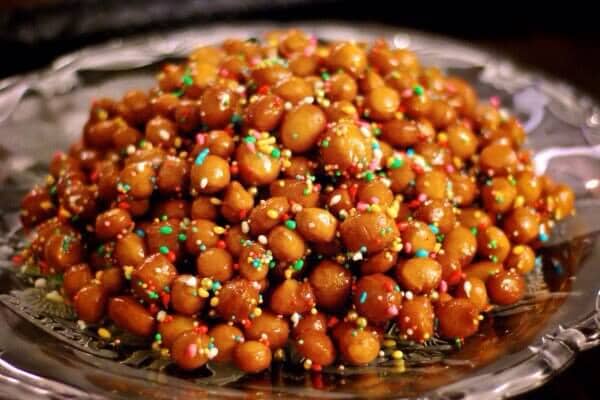 They are eaten everywhere in Apulia but they are especially made in Salento: the “purceddhruzzi” (little pigs in slang), little balls made of sweet dough, deep fried until crispy, covered with honey, cinnamon, sprinkles, nuts etc. They are like the Neapolitan “struffoli”, showing the same ancient “Magno Greek” origin. Apulia Christmas sweets are made with a little and simple ingredients, bound with one-time farmer world, wisely used to get a lot of tiny, tasteful wonders that enrich the Holiday tables.