The real Genoese focaccia: the recipe and its variations

"I bought you some focaccia" is the way to say "I love you" that I prefer.

One focaccia for every region: the Genoese focaccia

In Italy almost every region has its own focaccia, but only a few are the most famous ones, as you can read in the article dedicated to the Barese focaccia.

Among the most famous abroad there is definitely the Genoese focaccia: thin, fragrant, soft and greasy, as usual. The origins of Genoese focaccia are very ancient: it is said that it was tasted since the Middle Ages or perhaps even in Roman times. A unique goodness that boasts the title of Slow Food Presidium. For the simplicity of the ingredients it has always been considered a food for the poor ones, it was in fact the meal of the 'camalli,' the workers of the Genoa harbour, and of the Genoese sailors that have made it known all over the world: their lunch was a' slerfa’ (a slice) of focaccia and a glass of white wine. But the real Genoese people also eat it soaking in cappuccino, for breakfast. Strange but true. 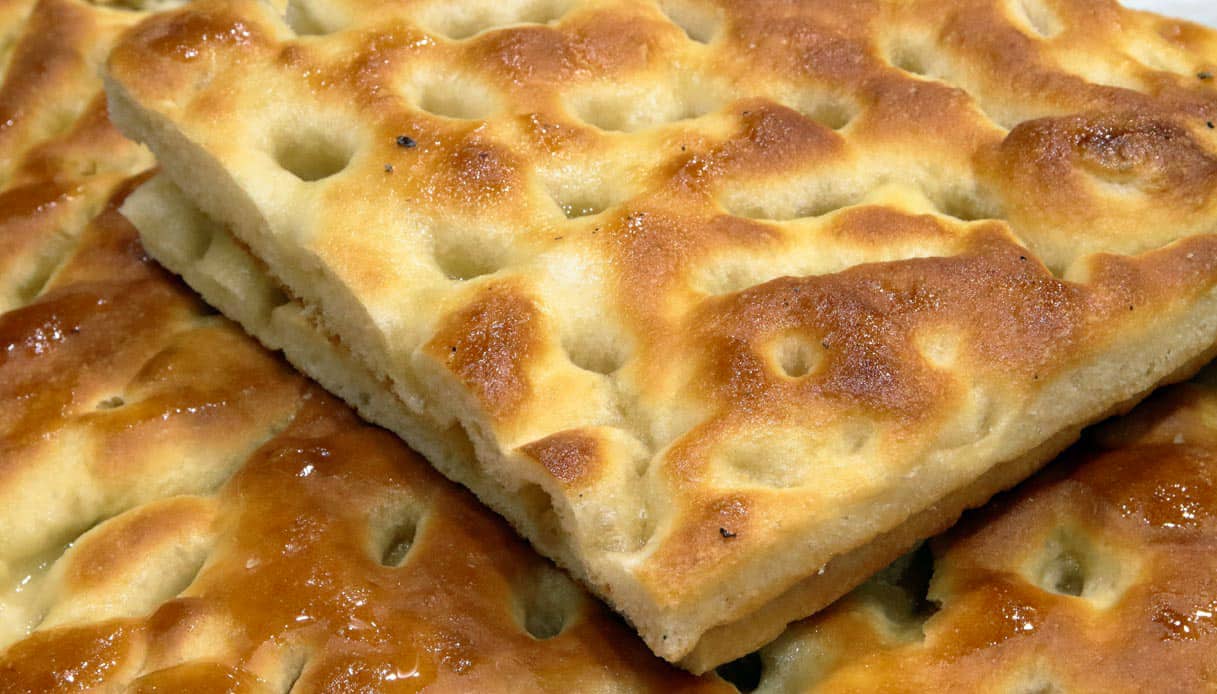 Genoese focaccia and its variants

The original recipe of the Genoese focaccia counts very few ingredients: flour, yeast, water, a pinch of salt and oil. The dough is laid out in large rectangular trays, then tapped with fingertips to create the characteristic “tanking” and finally sprinkled with a mixture made with water, extra virgin olive oil and salt. A few minutes of cooking in a hot oven until golden brown and the focaccia is ready to taste.

The classic focaccia can be enriched with slices of onion for a more tasty variant; over time the bakeries have added further variants, such as potatoes, rosemary, tomato sauce, cold meats and everything that the imagination of a gourmand can suggest.

A variation of the Genoese focaccia is the focaccia of Voltri, typical of the homonymous district, which is thinner, crunchier but also soft and is sprinkled with corn flour (polenta) on the surface and under the pan.

A little rarer but equally tasty is the sweet focaccia, located in the Genoese hinterland, where sugar replaces salt and can be enriched with raisins and pine nuts. 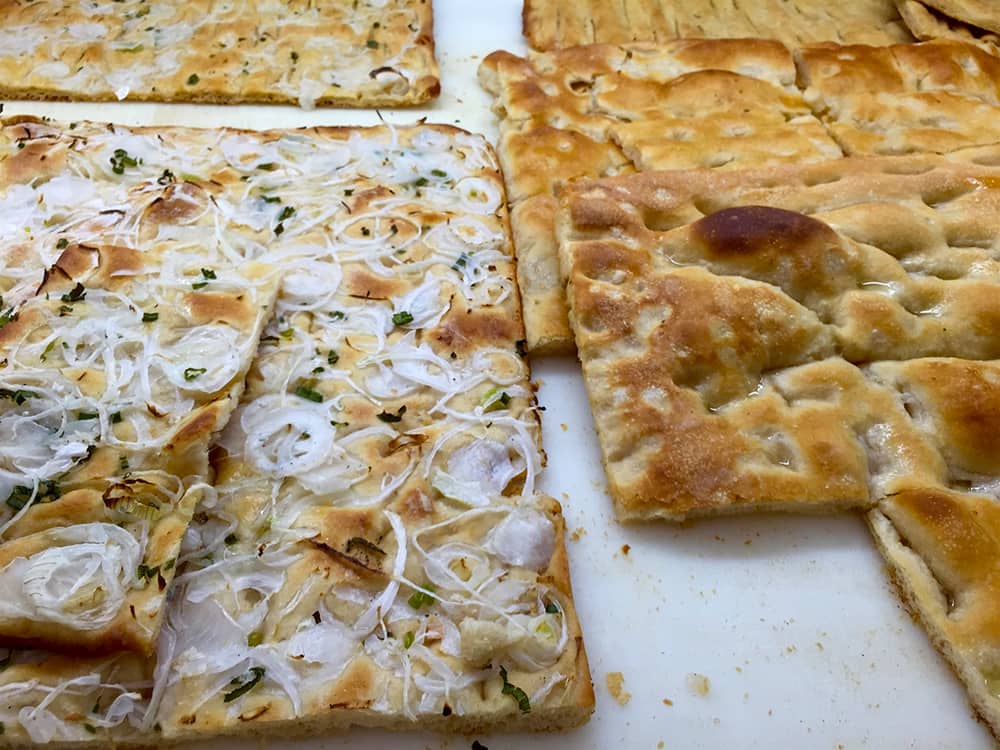 The focaccia of Recco

A speech apart deserves the cheese-filled focaccia of Recco, locality about half an hour from Genoa, on the coast of Levante direction Portofino. It consists of two thin sheets of unleavened dough, filled with fresh cheese. Tradition has it that you use the so-called 'prescinsêua', a slightly sour cheese, but it is often found with the stracchino. The taste is delicate but tasty; an unmissable delicacy to taste in the various bakeries and restaurants of the place, or on the beautiful city beach, destination of surfers from all over Italy and beyond. 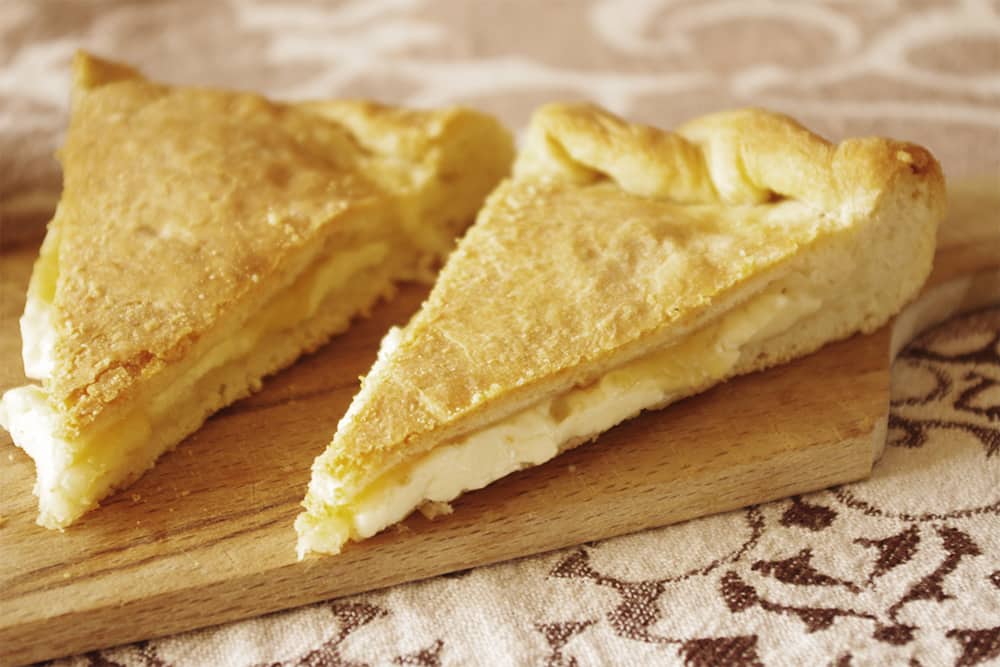