The History of Beer in Italy

Beer has an ancient history In Italy: it was already present in Sicily in the seventh century. B.C. with the Phoenicians who traded and consumed it.

History of Beer in Italy

Italy today, according to Assobirra statistics, is the fourth country in Europe in terms of number of breweries. Beer has an ancient history and, contrary to what is usually thought, it has always been in the peninsula in the boot, in fact it was already present in Sicily in the seventh century. B.C. with the Phoenicians who traded and consumed it. In the north west of Italy, in Pombia, in Piedmont, however, a mug containing hopped beer was found, dating back to 560 BC, following archaeological excavations that unearthed a Proto-Celtic cremation necropolis, belonging to the Golasecca culture. Since then, beer in Italy has known ups and downs, in fact if for the Romans, who called it "cervisia" in honor of the goddess Ceres, protector of crops, it was the stuff of barbarians and preferred wine, the Etruscans used to dine with a drink called pevakh, made initially with rye and spelled, then with wheat and honey. The first real beers in Italian history were flavored with different ingredients: hazelnuts, honey, pomegranate and grapes. With the Roman Empire and the continuous exchange with different civilizations and cultures, the ancient Egyptian recipe, based on fruit, fell into disuse and Celtic variants were introduced. General Gnaeus Giulio Agricola following the conquest of Britain in the year 83 brought three master brewers from Glavum, now Gloucester, to Rome and transformed his residence into what today we would call an English pub of the time.

The Industrialization of the Bier

To find the first beer producers in Italy, it is necessary to go back to the Middle Ages when the monks of the Abbey of Montecassino began to produce it, launching a tradition that still survives today in the famous Belgian Trappist monasteries. In the Renaissance, beer was largely imported as well as some artisanal production in the Alpine valleys and in Florence it was called "barley wine". 1789 is the symbolic date in which the industrial era of beer begins as the Savoyard granted the privilege of brewing beer "for the city and its countryside" to Giovanni Baldassare Ketter of Nizza Monferrato. The factory, in the following years, will supply beer throughout Piedmont. The first hops grower in the Italian peninsula for the production of beer is in Emilia Romagna. In 1847 the Forlì agronomist Gaetano Pasqui had purchased some land subject to floods and floods due to the presence of a river and noticed that hop plants grew spontaneously there, so he started an experimental cultivation that in a few years was successful and allowed him to start and run its own brewery without resorting to imports of the then expensive hops from beyond the Alps. The Pasqui brewery in 1863 sold thirty-five thousand terracotta beer bottles. However, the Austrians played a decisive role in the definitive take-off of beer in Italy and in 1815 in Valchiavenna, the first brewery was born and in 1890 there were about 140 industries on the national territory. Strong growth will follow, stopped only by the outbreak of the First World War also because much of the malt was imported from abroad and specifically from the fighting countries.
With 1920, beer began to live its golden age. The increase in popular consumption therefore led, in 1927, the Fascist regime to pass the Marescalchi Law, which imposed the use of rice and above all a disadvantageous tax regime, accompanied by a decisive restriction on the retail trade of this product.

From a refreshing Drink to a Common Use Product 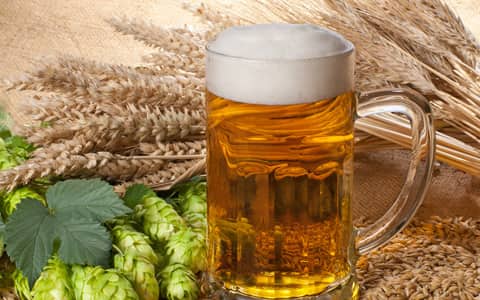 This happened because beer was considered a thirst-quenching drink, like fizzy drinks, drunk mostly from March to September and consumed exclusively at the counter. Only at the end of the Second World War will consumption begin to grow again. Starting from the Sixties, with the development of modern organized distribution, beer becomes a product of common use, reaching even families. In 1975, however, the economic situation hit the national brewing sector also due to a considerable increase in production excise duties imposed by the national legislator. From the eighties onwards and until today, consumption has grown steadily from year to year thanks to an extraordinary range of assortment able to satisfy the most demanding palates and which are produced by the many artisan microbreweries spread throughout the peninsula. Since summer 2016 in Italy, craft beer has been defined by law (L.154 / 2016) as "beer produced by small independent breweries and not subjected, during the production phase, to pasteurization and microfiltration processes". 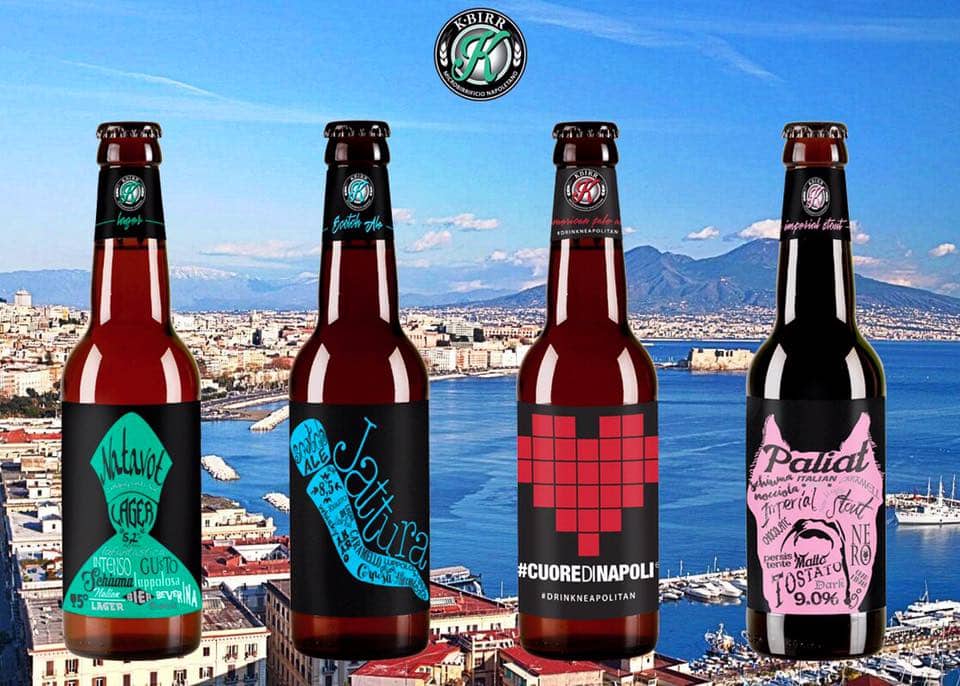 Kbirr is the first craft brewery in Naples: its founder is Fabio Ditto and its Master Brewer is Achille Certezza. The brewery offers three types of tasting - Natavot, Jattura, Paliat - which evoke Neapolitan expressions. In fact, Kbirr evokes in the Neapolitan a joyful and pleasant expression of the beer itself. They are unfiltered and unpasteurized craft beers with a sweet beginning on the palate and a bitter last tasting, complex and at the same time easy to drink.