The Frutta Martorana, the Typical Sicilian Dessert for All Souls' day

The Frutta Martorana is also known as marzipan in the rest of Italy and the original recipe is from Arab domination, between the XII-XIV century; the dessert is typically prepared for the All Souls' Day.

The sweets of "Dead people" were: modeled and painted marzipan to look like fruit, "apple and honey branches" made of flour and honey, "mustazzola" of cooked wine, and other delights like queen biscotti, tetù, carcagnette. There was also the "pupo di zucchero" which used to depict a bersagliere with a trumpet or a colorful dancer in a dance step.

The Origin and the History 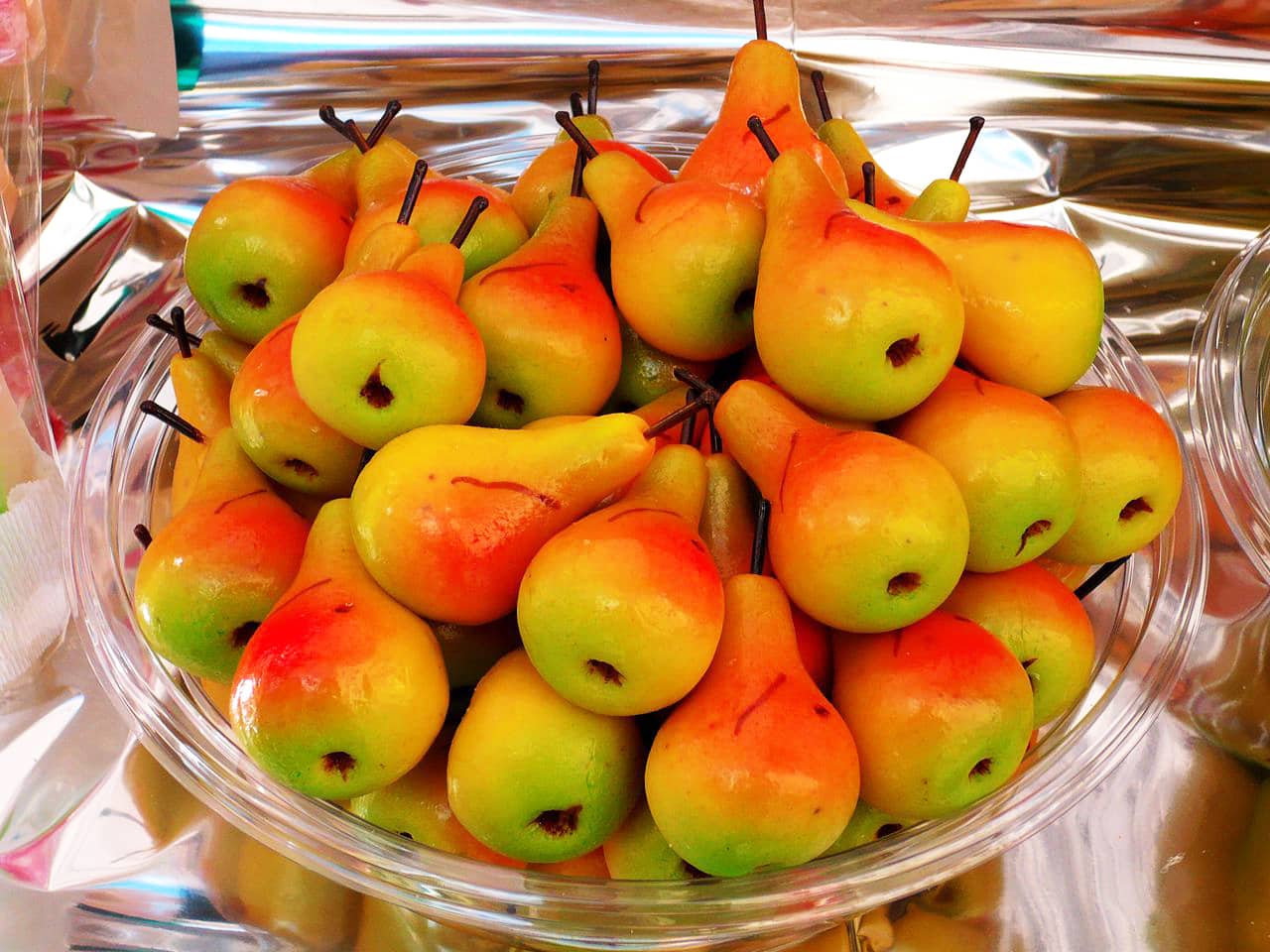 The Marzaban was a light wooden box with a lid that was used for various uses, such as hidden the mails or more frequently used to send cakes prepared with flour, almond paste, and other ingredients, which inherited the name, marzapane because of their shape. In Palermo the sisters of the convent annexed to the Church of Saint Mary of Admiral, or St Nicolò of the Greeks (known as the Martorana) prepared sweets. In 1993 it was the nobleman Eloisia Martorana who built a Benedictine monastery next to the church and the convent. Since then, the entire building has been named "the marorana" in her honor, and in the same way, they have been called the sweets prepared by the sisters. The tradition said that the garden of the convent was among the most beautiful in the city, where fruit trees and vegetables grew; the sisters boasted a lot about it and the bishop of that time, curious, wanted to go personally to see them. But he visited the garden during autumn, for the Feast of All Saints, when the trees were already naked. The nuns then decided to make fruit from almond paste to decorate the trees and decorate the garden. Today, Martorana, which is recognized as a traditional Sicilian agrifood product, adorns the windows of all the palermitan pastry shops, especially in the period from late October to almost Christmas. 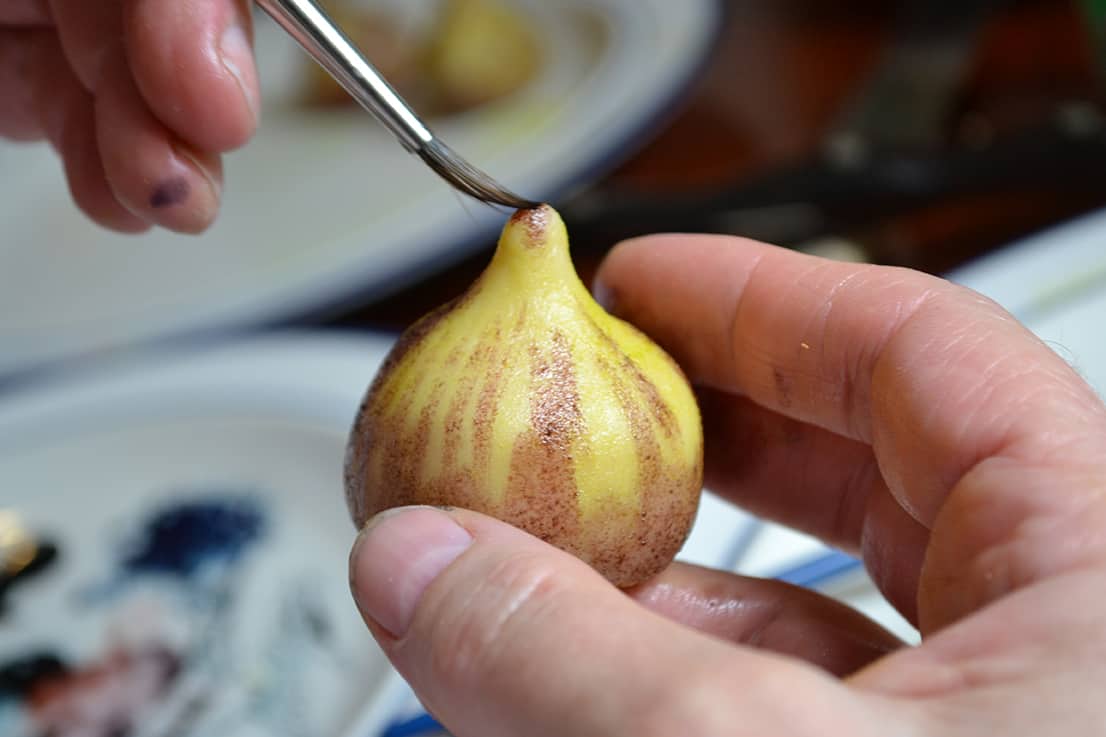 The procedure is very simple to follow but, who prepares these desserts with experience and time, they use secrets to cook them.

Mix all ingredients and mix by adding the water necessary to obtain a homogeneous compound that does not attach to the hands and leave the mixture rested for 10 minutes.

After this time, mold the fruit, by hand or by cake tins, and ensure to put correctly the film between themould and the mixture. Push the almond paste into the formines and then pull it directly off with the film, be careful not to break it. Leave it rest for 24 hours.

Then you need food dyes, a little brush and gloves to decorate and make these delicious cupcakes very realistic.